Todd Richards grew up in Paxton, Massachusetts and got into skateboarding and punk rock. Skating was one of the first things Todd was passionate about and he could see progression happening and that was the backbone for everything.

Snowboarding came along initially as something to do the winter months when the vert ramps got too icy to skate. A friend introduced him to competing right at the time when the birth of snowboard halfpipes started. The rest is history. Todd went on to win multiple X Games medals, two U.S. Open halfpipe titles and was on the first ever US Halfpipe Team at the Winter Olympics in 98.

Nowadays Richards hosts the Monday M.A.S.S podcast with friend Chris Cote, commentates on various skateboarding, snowboarding and action sports events such as Dew Tour, Jackalope Festival and the Olympics for NBC. Works with Quiksilver on Marketing and is part of The Sports Management Mastermind course and has a number of investment ventures.

Tune in to find out about how Todd got into snowboarding, what it was like competing in snowboarding’s Olympic debut. His career change to becoming a sports commentator and host, preserving snowboarding’s culture plus loads more.

Oli Russell-Cowan: What have you been working on recently?

Todd Richards: In the summertime we do skateboard events. You know, whether it be Dew  Tour, I just did something in Montreal called the Jackalope Festival.

I’ve been working on this thing with Sue Izzo and Circe Wallace, which is almost like a mentoring programme, mastermind class to help some of these kids that are coming up that want to chase the dream of competition. Maybe going to the Olympics, or they just really want to figure out how to navigate the industry in terms of being sponsored and things like that.

We offer a class and we try to help them avoid some of the pitfalls and stuff. We have a podcast every Monday that we do. There’s a lot going on at all times over here.

Todd Richards: We kind of figured that, as far as what it takes to pursue things to the highest level, and to get the support while you’re on your journey. It’s kind of the same across all the different sports and even into mainstream sports as well. Now it’s all about what your social media presence is, who you are, not just the sport you do, because now every single kid, that’s 14 years old, is way better than we were, when we were at the peak of us being pro. So it’s really about who you craft yourself into. Who you are really, and what the public really gets to know.

Oli Russell-Cowan: Do you think a lot of them feel they’re pigeon holing themselves into a certain persona through social media?

Todd Richards: I think so. I think a lot of kids and especially their parents, tend to think they know who they should be. Oftentimes, that’s not the reality.

What we see on social media, whether it be tik tok, Instagram, whatever, you’re getting such a small snapshot. Oftentimes a made up persona. It’s really hard to keep that going. If you start that way, then you have to keep going with this weird persona that you’ve made for yourself, but that’s not who you really are. It just sounds exhausting.

We just tried to give different avenues for people to really embrace who they are, and navigate the space within our industries. Properly. 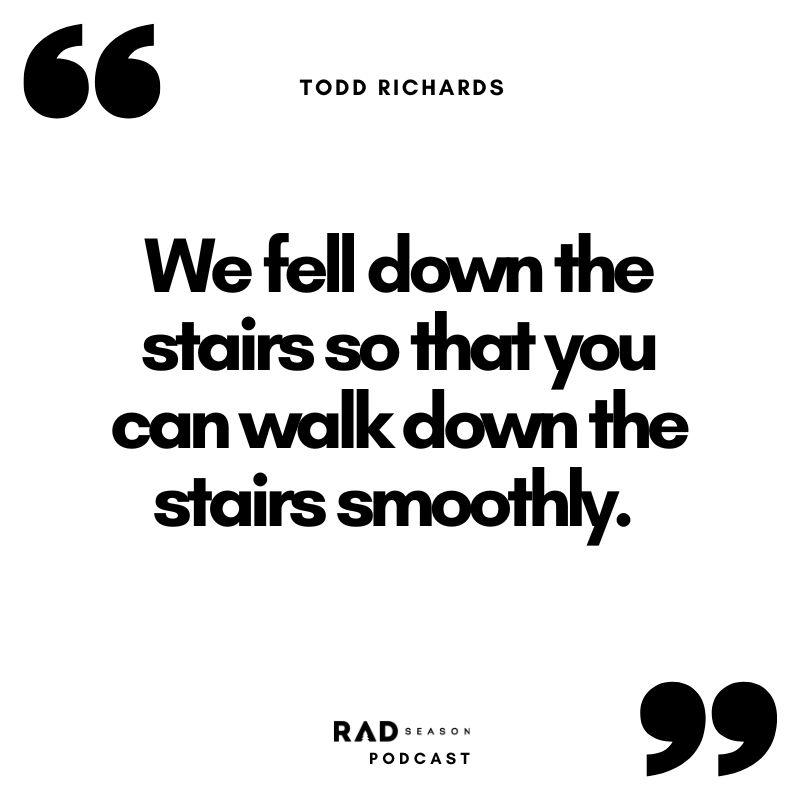 Oli Russell-Cowan: Talking about growing up. You grew up over on the east coast in Paxton. Massachusetts. Wasn’t skating the first sort of outlet?

Todd Richards: For myself, I wasn’t particularly very good at anything when I was growing up. I had a really vivid imagination. I love to play with elaborate scenarios with my toys.

When I went into high school I wasn’t very tall, wasn’t very strong. I was kind of a stunted adolescence a little bit. I just didn’t fit into any box. So when skateboarding came along, initially, I was listening to punk rock music and skateboarding kind of came along with that. It was the first thing that I was actually passionate about.

I could see progress happening and I liked to chase that progress. 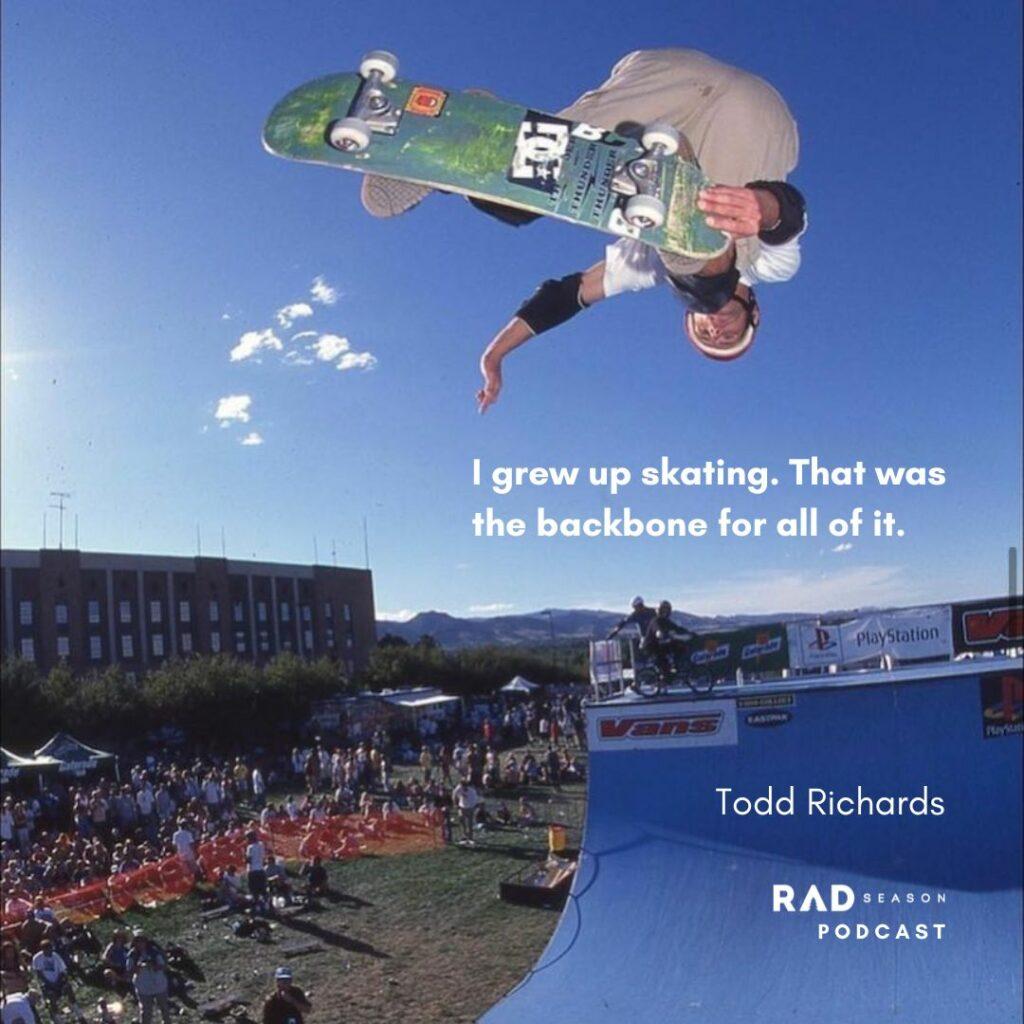 Oli Russell-Cowan: Wasn’t there a ramp in your town back then?

There was a ramp in my town, and I went there. That’s where the older kids hung out, the older punk rock kids. It was a very eye opening experience for a young  sheltered youth from suburban New England, to see all these people come from different parts of New England to come together.

Basically, like a gathering of the tribes. Man, some of these dudes were wild back then.