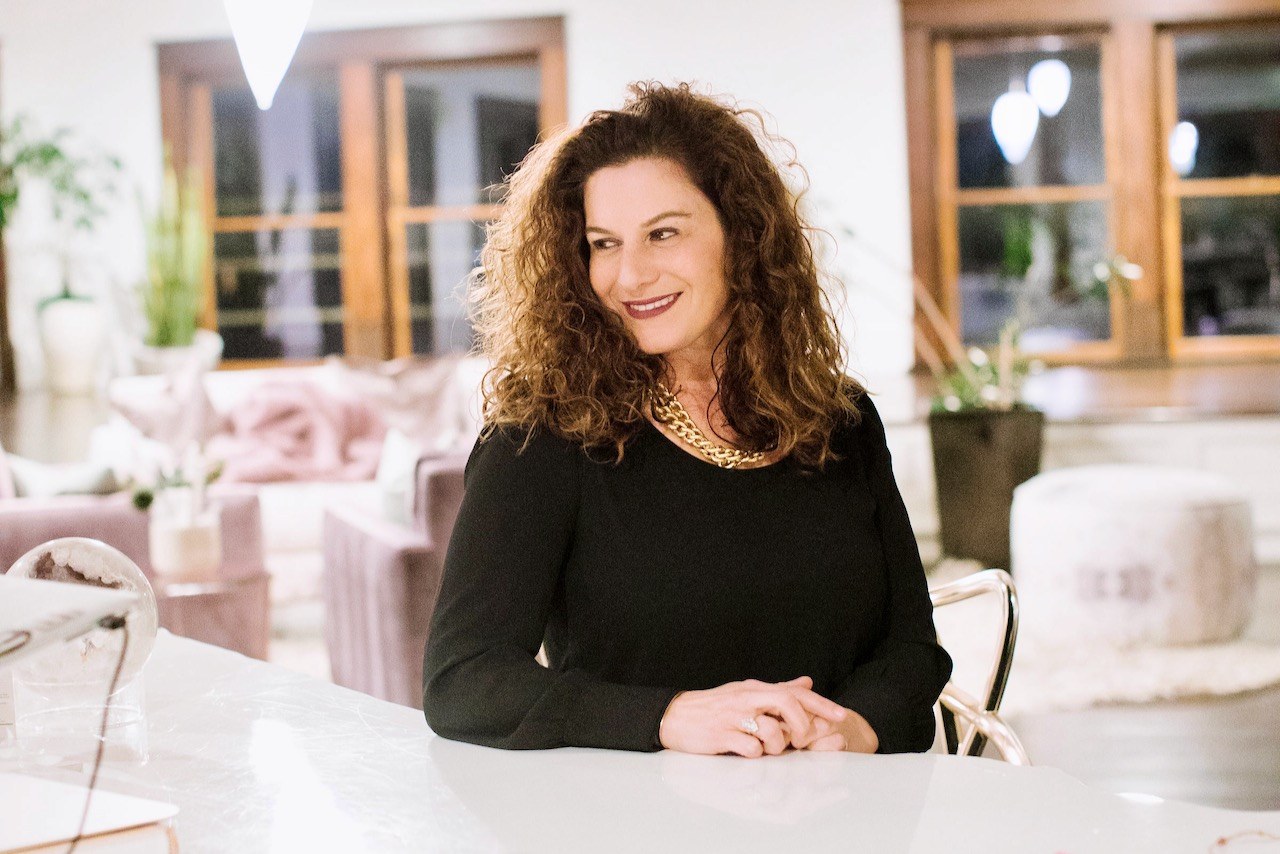 Sue started off her career in action sports getting her first job at Burton in Vermont. She then worked for ICR in youth marketing and was exposed to sports marketing which lead to opening her own sports marketing agency Mosaic Sports Management representing some of best action sports athletes in the world from world champion surfer Sofia Mulanovich, Josh Kerr, snowboarders Danny Davis, Kevin Pearce and Keir Dillon among many others.

Tune in to find out what is was like to run an athlete management agency for 18 years and the changes within the action sports industry. Co-founding headphones brand Frends, producing shows for MTV and ESPN. How Sue sold her agency in 2015 and moved into helping business owners and entrepreneurs with their growth strategies. Along with Co-founding The Sports Management Mastermind (SMM) to educates and empower athletes and their families.

Oli Russell-Cowan: What were you doing at the youth company?

Sue Izzo: That was really crazy, interesting job. So the company is called ICR (Integrated Corporate Relations). They are the ones that brought BMG music and Quiksilver and all these companies public.

All these companies put us on the road in an RV to travel to about 42 different states over the course of eight months.  We would go talk to kids ages 10 to 21, about trends. So the music, they listen to, sports they were playing, brands they loved all of that. We were having these kids fill out surveys then we’d have to go back to Wall Street and report to these brands.

Hey, this is what’s going on with kids. This is what they’re into. At that time, it was still extreme sports.

That’s where I started being like, okay, so you need to connect your brand with a snowboarder, or with a surfer, or with a skater like that sort of thing.

There happened to be a sports agent that worked in that company. He is is John Flanagan, he has since passed, but he represented Andy McDonald at the time. John was like,

‘Hey, what you’re doing connecting your friends with these brands. That’s being a sports agent.’ 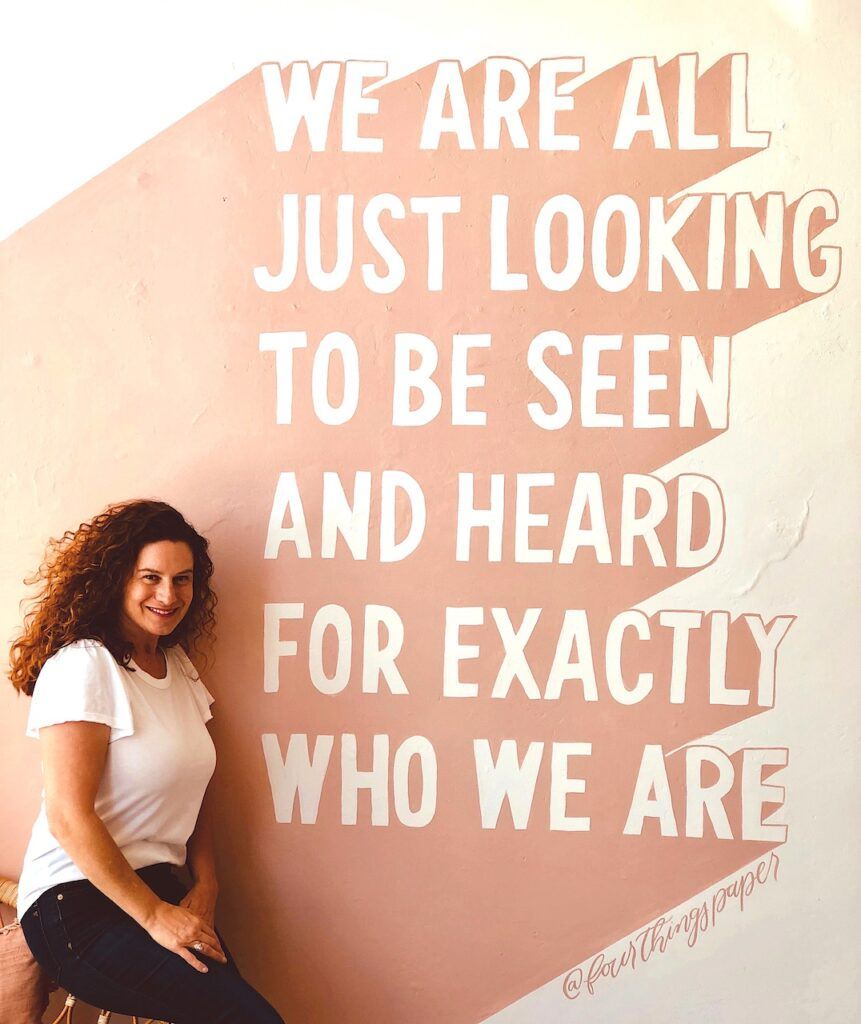 I didn’t know anything about it. He took me under his wing after my youth market research job kind of finished after we were done after the eight months he taught me kind of sports management 101.

Within four months of working with him, he was like, ‘Listen, you really should do this.’ He’s like, we’re not growing the company, but I can help guide you in doing this.

He helped me with my first deal, which was with SoBe Beverages for Keir Dillon back in 1999. And that’s kind of how it all began.

Oli Russell-Cowan: How did you set that up? Did you call Keir and say can I represent you?

Sue Izzo: It was really early on with agents.

I had met obviously, a tonne of riders working at Burton and Keir was one of them. To go back a little bit before I ever became an agent I was into photojournalism.

I started down the road of shooting photos and writing for Eastern Border and the Fridge and all these different magazines. I would go and shoot Keir and Luke Wynen and all these OG guys from the East Coast riders. So I had a relationship with them.

So the first athlete I called when I decided, I was going to pursue this was Abe Teter and he didn’t answer the phone. He was a big deal at that time.

The second person I called was Keir and he answered, and I was like, ‘Hey, would you give me a chance to try to get you some deals?’ He said, Sure. I had to go down to Pennsylvania and meet his dad, which was pretty darn intimidating. Jerry was no joke. Then they gave me my first shot. So he was he was the first client I ever signed. 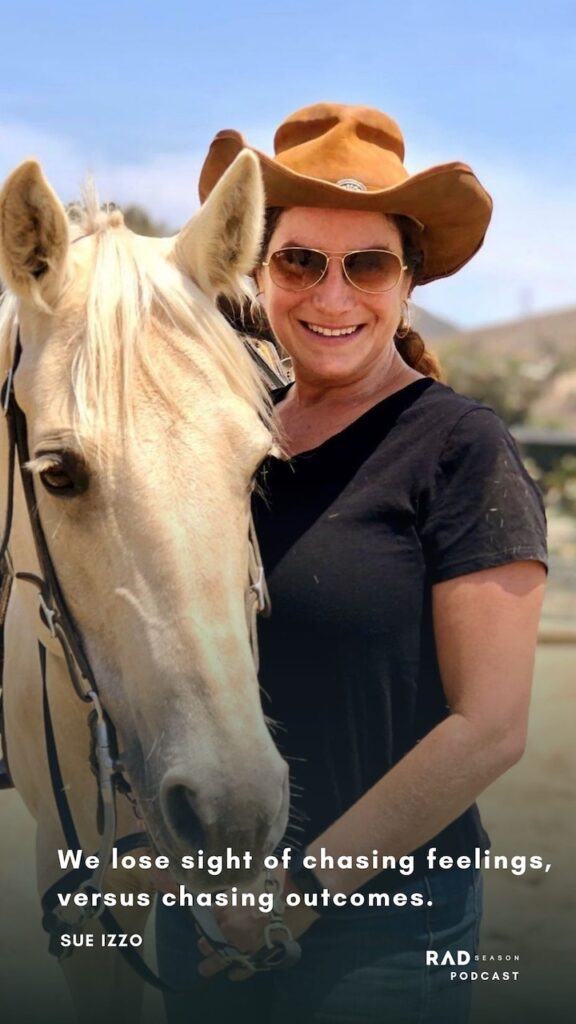 Oli Russell-Cowan: Wasn’t there an endorsement deal with some TV appearances when Keir was on FUEL TV. Was that you that set that all up?

Sue Izzo: This was a perfect example of  ego over math. At the time I had gone in Keir was with Burton. I showed them the math of how much money Keir made and incentives the year before and said, Hey, listen, you should pay him this six figure amount. They point blank said to me, he’s not worth that.

I’m like, but this is how much he made, you know? And they just were like, no, he’s not worth that. I realised early on Keir was really good in front of the camera. So I got him a television host coach up in LA, and had him really started working on that. We developed a really great relationship with the guys at FUEL TV and 54321.

I realised that if I could help pitch and create shows with Keir then this whole incentive programme that I created in his contract we can make way more than the amount of money I originally asked for. I did the negotiation, I just kind of played a little bit dumb with them and just said, Okay, yeah, you’re right, he’s not worth that money. So let’s negotiate this incentive package. So every time he’s on television, you pay him this much, or this much, that sort of thing.

I focused on what I could control. I knew that I could produce the TV shows and make that money. We made four times the amount of the original number that I asked for.

Oli Russell-Cowan: Previously it would have magazines and video parts that made up the traditional incentive package?

Sue Izzo: Yeah, the incentive packages were made up of  your video part, the magazines and TV. Kind of like the contests when you would be on the Grand Prix on NBC that sort of thing.  There were the FUEL TV appearances and different programmes like that. 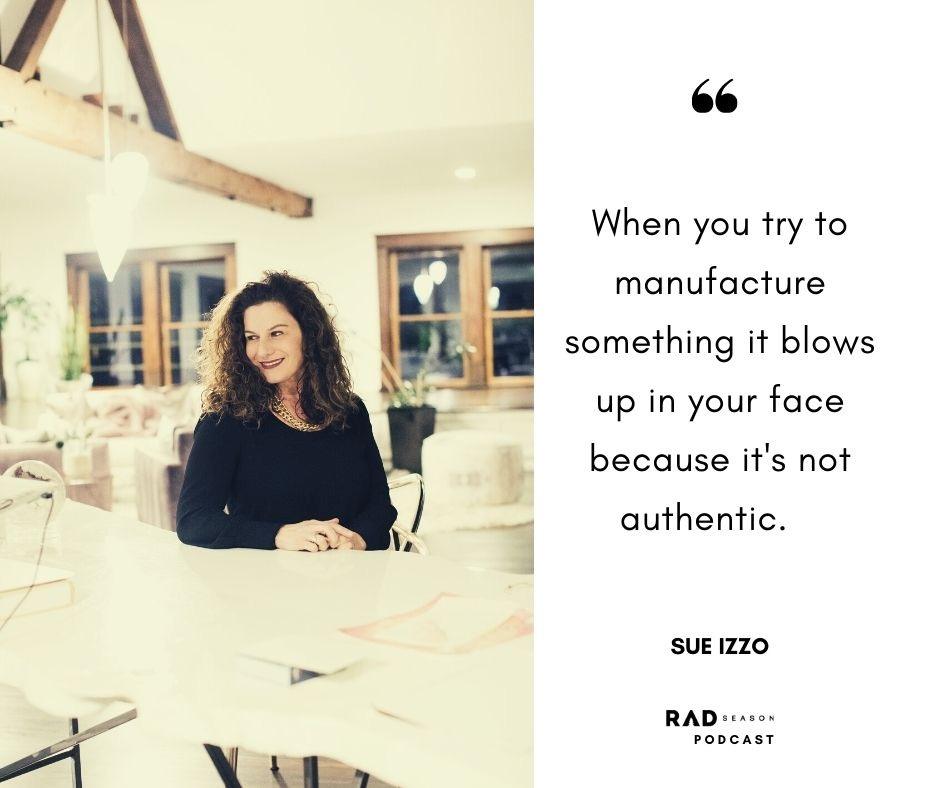 Oli Russell-Cowan: How did it work with representing different athletes? Did you focus on snow to begin with?

Sue Izzo: I started off in snow, because that’s what I knew. Then I got a phone call from a friend of mine out here in California who said, Hey, I have a friend who’s a surfer, and she definitely needs help. I didn’t know anything about surfing. I had a very honest conversation about that with her.

One of the interesting things that happened early on in my career at the company that I worked for the ICR, the youth market research branch of that company, one of the companies they brought public was Quiksilver.

They would, what they called the exchange where they bring in all the companies that they worked with, for this like kind of conference. So Bob McKnight came to that one year.

There was a raffle that happened at this event, and I won a package of watches. Then this other guy who was like a total suit and tie guy from New York City who had zero surfing, skateboarding, snowboarding about him won a package of Quiksilver wetsuits.

I went up to him at the exchange, and I’m like, Hey, listen, I could tell that you don’t surf, but I do. ‘How about I give you my package of watches, and you give me your wetsuit package’. I didn’t know who Bob was and Bob was standing right there. So Bob walked up to me and he’s like, ‘Hi, I could get you some wetsuits. I’m like, you can all excited like, not knowing who I was talking to. I quickly became friends with Bob and when I got into sports management and then ultimately moved to California, Bob was really gracious to me from the get go, I mean, amazing.

Bob made some great introductions for me. I quickly met Fernando Aguirre from the founder of Reef who is a dear friend and I admire so much. He was also incredibly gracious to me. I really threw myself into surf culture.