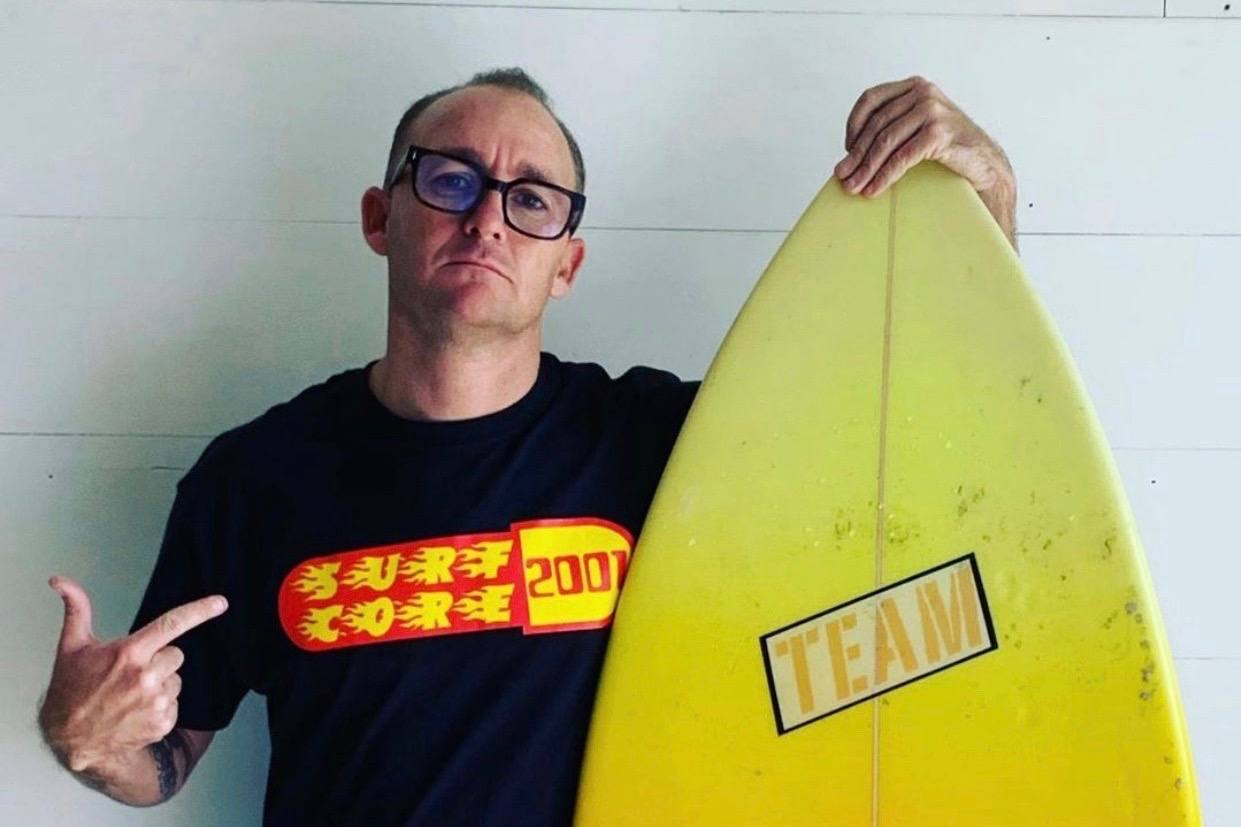 In the next episode Oli Russell-Cowan chats to action sports events host, musician, broadcaster, writer and podcast host Chris Cote, one of the most recognisable voices in the action sports community.

Hailing from Southern California, Chis grew up skating and surfing and had a short stint at competing before moving behind the scenes in the surf industry. In the late 90’s he got his big break as the Editor in Chief at Transworld Surf Magazine which he held for 14 years. As well as the host of Fuel TV and playing in punk bands.

Nowadays Chris can be seen and heard on the World Surf League’s Work Surf Weekly and WSL Surf Breaks. He also gets amongst it as an on air announcer. He is on the board of directors for Yew Media based out of San Diego and Editor of Encinitas Magazine in his hometown as well as the host of his own podcast ‘the Monday M.A.S.S’. He’s still involved in the skate scene as the commentator on the Vans Pro Park Series and is the one-man-media powerhouse of content and production company Cote Media Group.

Tune in for some of Cote’s best and worst stories including traveling around the world for surfing and skateboarding events and what future action sports projects he has in store.

Dive in and listen to this episode on Apple Podcast and Spotify.

Missed the last episodes? Check them out!

Rad Season is providing you with hotels and Airbnbs at the lowest prices available online. Book your stay near Encinitas, California using the map below!