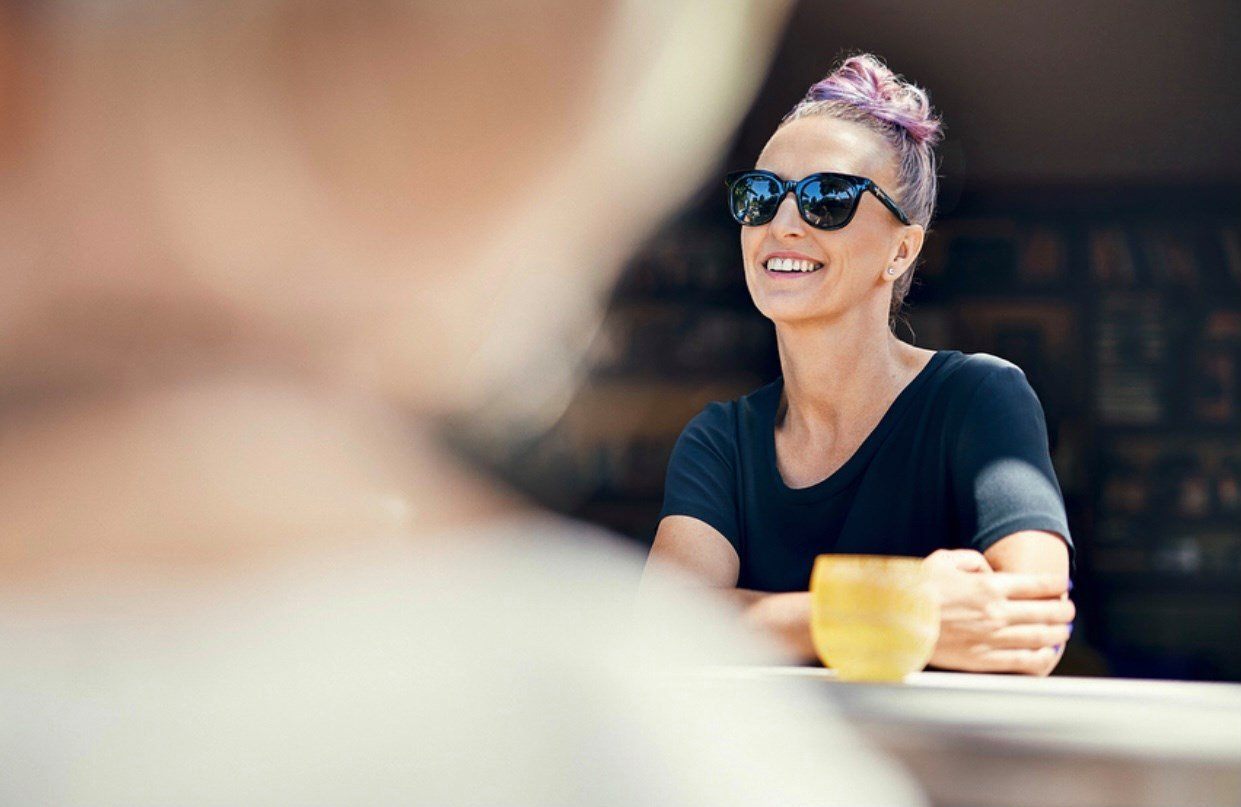 Circe started off her career in action sports as a pro snowboarder sponsored by Ride Snowboards in the 90’s. After competing at the highest level she went on to represent athletes as an action sports agent for the past two decades and today as the Executive Vice President at Wasserman Media Group.  She manages and mentors some of the biggest names in action sports such as Travis Rice, Torah Bright, P-Rod and Jagger Eaton.

Circe has directed TV shows for MTV and Nickelodeon as well as produced award winning action sports documentaries including snowboarding movies That’s It That’s All and the Art of Flight. She also runs her own company Hot Nife, a Californian Cannabis brand dedicated to fun and premium products.

Tune in below to find out more about how Circe went from being one of the biggest names in female snowboarding to action sports agent to the stars of snowboarding, skateboarding and surfing in a male dominated industry. As well as how she balances both careers and strives for new challenges.

Oli Russell-Cowan: Was skateboarding what you first got into?

We both discovered skateboarding at the same time. At that time, you know, this was the early 80s. Skateboarding was kind of having its day.We really had a lot of freedom in Eugene, it was a small hippie college town. So skateboarding was just our lives. If we weren’t in school, or even when we were in school. We were playing hooky and skating in Eugene, which was really great.

‘ I had kind of always been a little bit of an outlier. Socially, I didn’t fit in to the norm’.

We had the cliques then that was like the waveos, the socies or the the preppies. 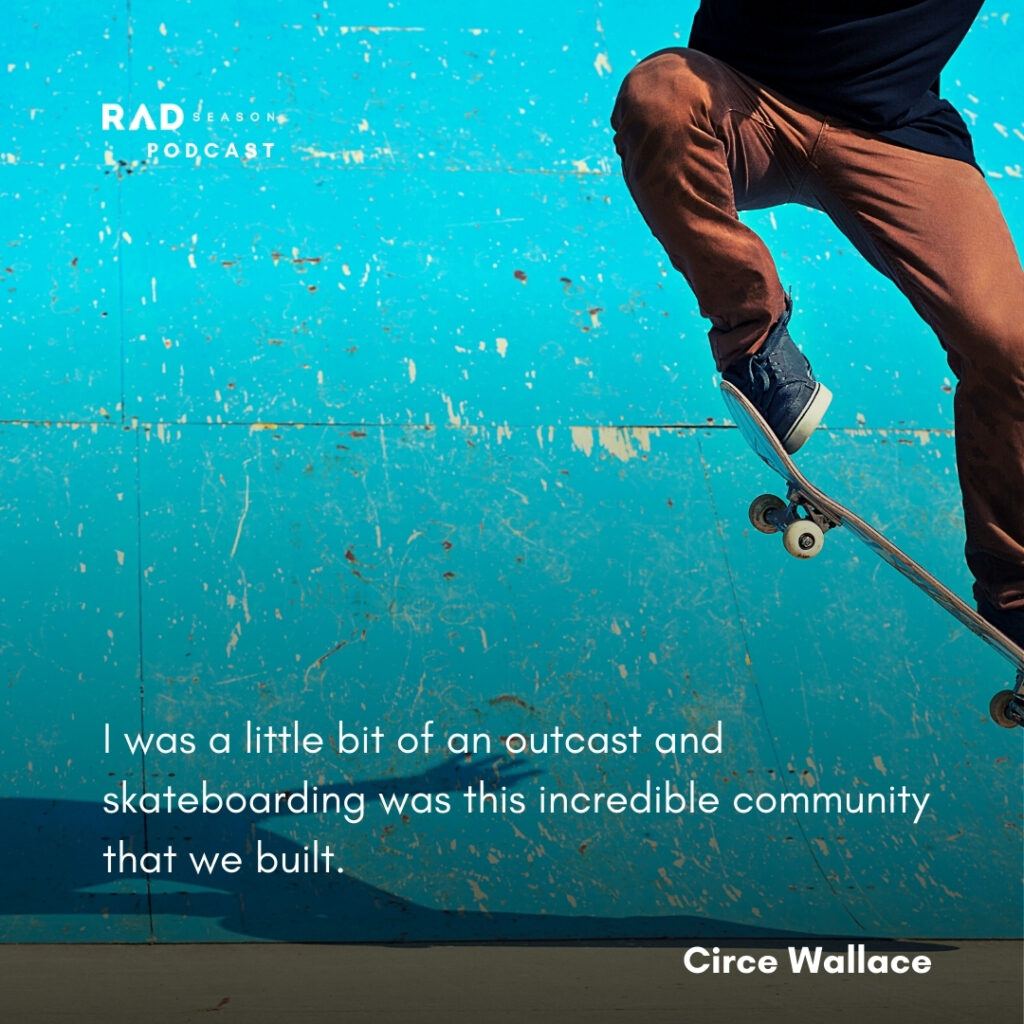 In Eugene we would skate late into the night and really just fell in love.

There’s like a switch that flips when you are a skater. How you see the world changes. You see transitions or you’d see a curb. It just totally changed my perception of the world and certainly, I think it set the table for the rest of my life.

Oli Russell-Cowan: So when did you start snowboarding? Was that in high school?

Circe Wallace: 84 was the first year I went snowboarding and I had a friend in school, Sandy, who had a trust fund boyfriend named Thatcher, who had a cute Jetta. They were into snowboarding and convinced me to come along to Hoodoo Mountain one day.

I took a pair of men’s work boots and put Air Jordans inside of them as my bladders. I was on a Burton Woody, the ones with the metal edges, just the little ones at the tail. The chairlift hit me in the back of the head on one of my first dismounts, and I bit all the way through my tongue. I was just spitting blood, but having so much fun that I continued to ride the rest of the day. And that was it. I was in love.

Oli Russell-Cowan: Did you then try and go snowboarding whenever you could?

Circe Wallace: Yeah. So Sandy and Thatcher would go pretty regularly. I remember driving in his Jetta listening to Roxanne by The Police. I have like really fond memories of the transition into the mountains and getting into nature.

I had been skateboarding and I had kind of a troubled youth. I took a lot of drugs and a lot of psychedelics, which actually, I think were kind of expansive, to be honest, as it relates to snowboarding and skateboarding, just from perception. Right.

But definitely I was looking for thrills and pushing the edges. I liked getting out of my comfort zone, I think I’ve always been a little bit of an adrenaline seeker. I think snowboarding getting me into nature and the magical kind of transition that happens. Even though Eugene’s a small cute little town moving into the mountains and the expansiveness and an opportunity to be in nature, I think, really resonated with me. 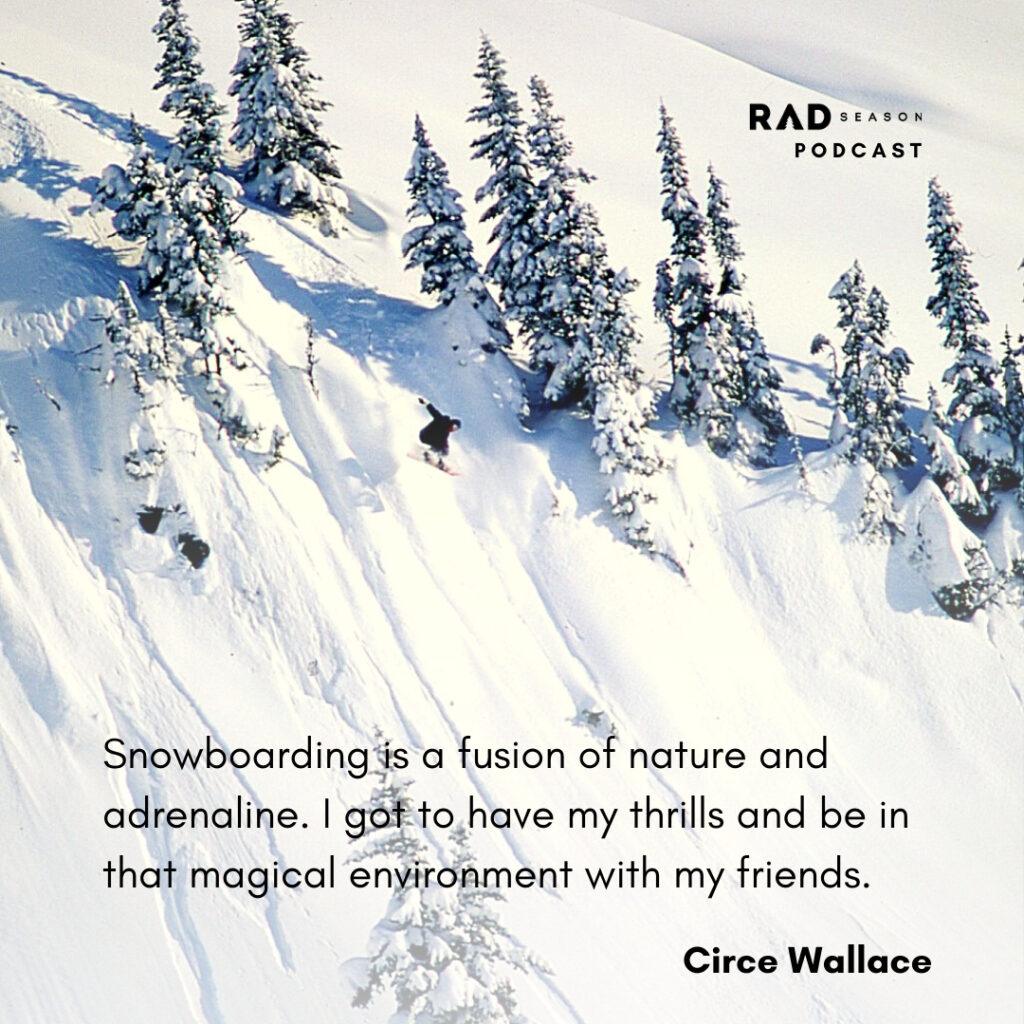 I kind of found solace in the thrill seeking in a much healthier environment than I had traditionally.

I had grown up with pretty hippie parents who would camp all the time, like camping every weekend, every opportunity. We drove across country and camped the whole way a couple times. We drove in a little Datsun 510 toured the nation camping.

At about 14 I was just like, you know, I’ve done with camping. I’m done with parents, basically! Interestingly enough, I think I was rebelling against that. But it was within me, like the appreciation for nature in a way that I really did feel happy in that environment.

Snowboarding it was a fusion of nature and adrenaline. I got to have my thrills and be in that magical environment with my friends. And that really worked for me.

Circe and Sue Izzo have launched Sports Management Mastermind educating aspiring athletes and parents on how to build an athlete personal brand and a successful career in sports.

Check it out the Sports Management Mastermind course to find out how to get signed by an agent and sponsors.

Keep up to date with Circe on instagram at circesportsagent

Rad Season is providing you with rentals and hotels at the lowest prices available online. Book your stay near Cardiff-by-the-Sea, California using the map below!