The Flour Fight Festival 2023: One of the world’s most unusual food fights takes place every December… For 200 years a battle has taken place in Ibi, Alicante, Spain. Not fought with swords or guns, but with flour and eggs. Every year on December 28th the town celebrates Els Enfarinats, better known as the Flour […]

The Flour Fight Festival 2023: One of the world’s most unusual food fights takes place every December…

For 200 years a battle has taken place in Ibi, Alicante, Spain. Not fought with swords or guns, but with flour and eggs. Every year on December 28th the town celebrates Els Enfarinats, better known as the Flour Fight Festival. This is Spain’s version of April Fool’s Day. Also called, The Day of the Innocence, people dress up in old in fake military uniforms and play out a coup d’état.

“Great experience! You have so much fun participating in this tradition! Dance, sing and flour and egg throwing, so much fun!” 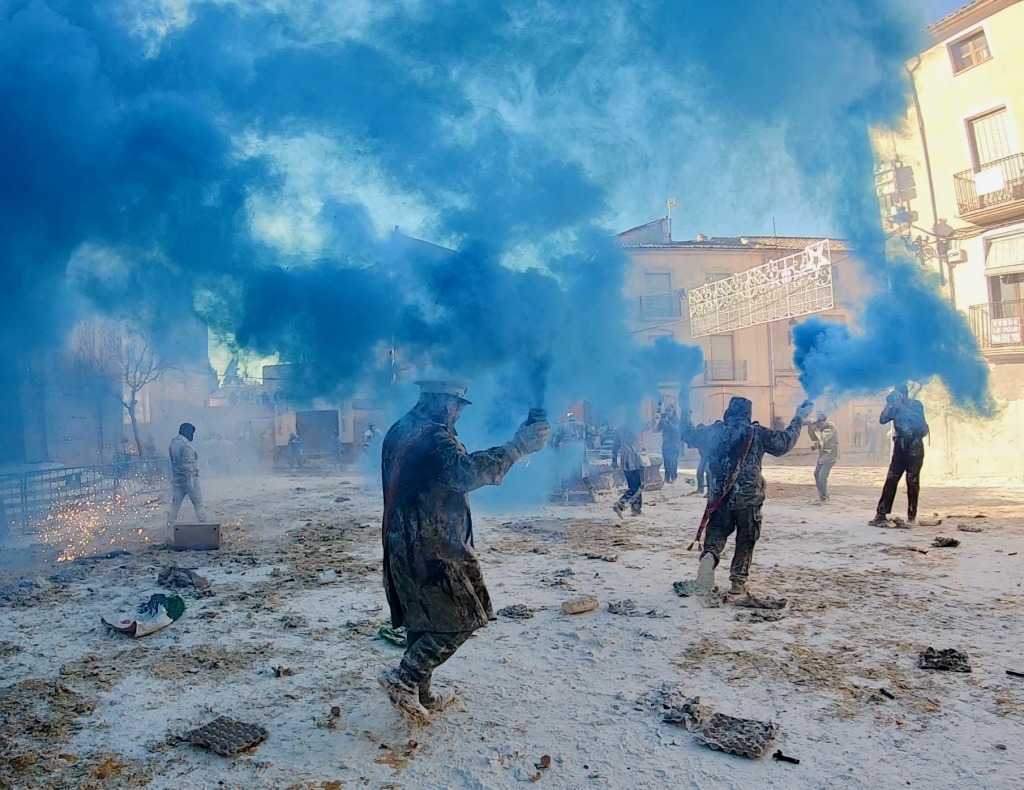 Your experience at the Flour Fight Festival

The Day of Innocence is a reference to the biblical story of King Herold killing little babies. The military men make up crazy laws throughout the day and if you are caught breaking the laws you are forced to pay a fine. The cool thing is, the money collected from the fines is donated to charities.

At the end of the day, there is a massive food fight, complete with firecrackers, to commemorate the day. It is a super fun day where everyone gets involved for the good of others.

Where to view the Flour Fight Festival

Taking place during Els Enfarinats Festival Ibi, Alicante in Southern Spain. The event takes place all day and all through the town. 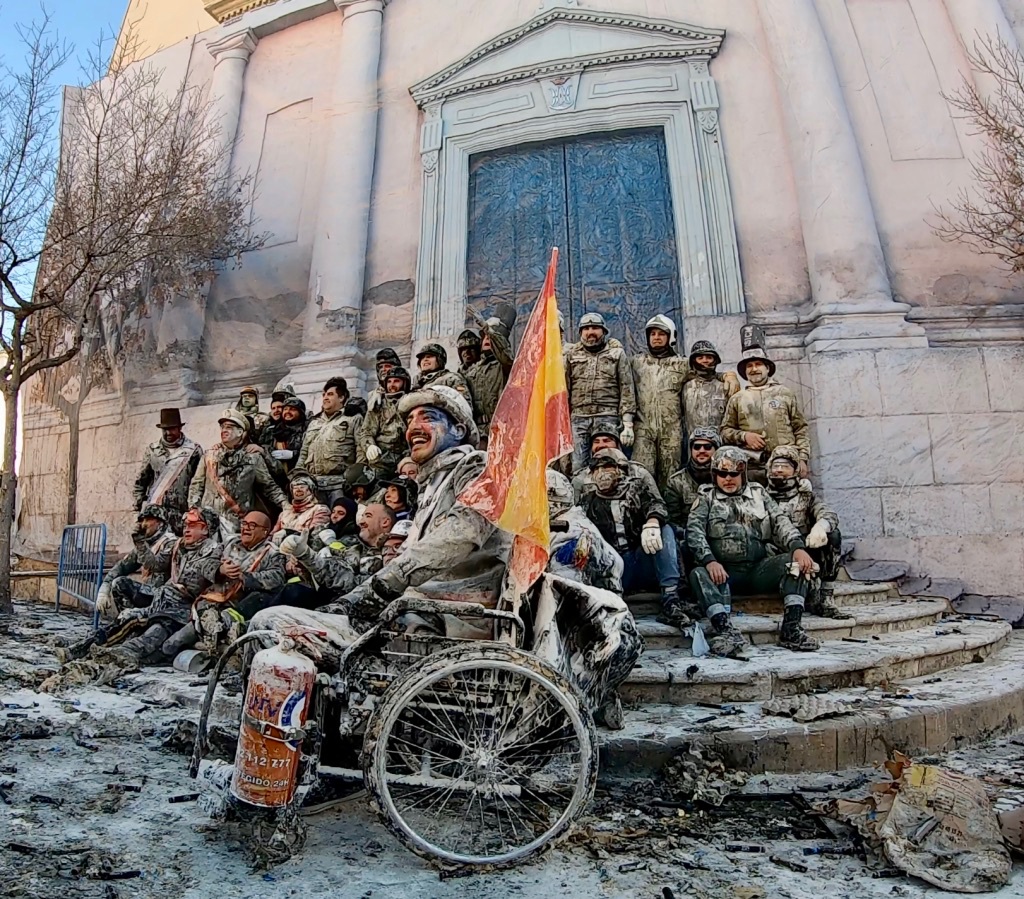 8am: The New Justice will begin to take power at sunrise on Innocents Saints Day.

9am: The Court Hearing in the Town Hall to decide who will be the Mayor of the Enfarinats. The constitutional mayor, Rafael Serralta, will give the new Mayor staff of command. Then the Judge, the Prosecutor, the Secretary and the bailiffs will take over the town.

10am: Together they will all head to their Quarter located in the Church Square, where the Enfarinats have converted the square into a new City Hall.

The law will catch the offenders and fine them. Those who do not pay will be sentenced to prison. Then there will be the battle between Enfarinats and Opposition.

The first battle will kick off with flour, eggs who and fire extinguishers.

10.30am: The second battle starts with bangers and gunpowder.

Take caution especially with younger ones in the audience as some bangers can go into the crowd.

11am: Collection of products for the Asylum.

12pm: The Battle in Plaza de la Iglesia (Church Square) finishes. There will then be dancing at the headquarters on Les Ànimes Street.

3.15pm: Dancing continues at the Asylum of Sant Joaquim, where they will dance in tribute to their elders.

10.30pm: Head to the Municipal Sports Hall. Admission is FREE. the public is invited to come and dance in traditional clothing (a hat, cape and shawl). 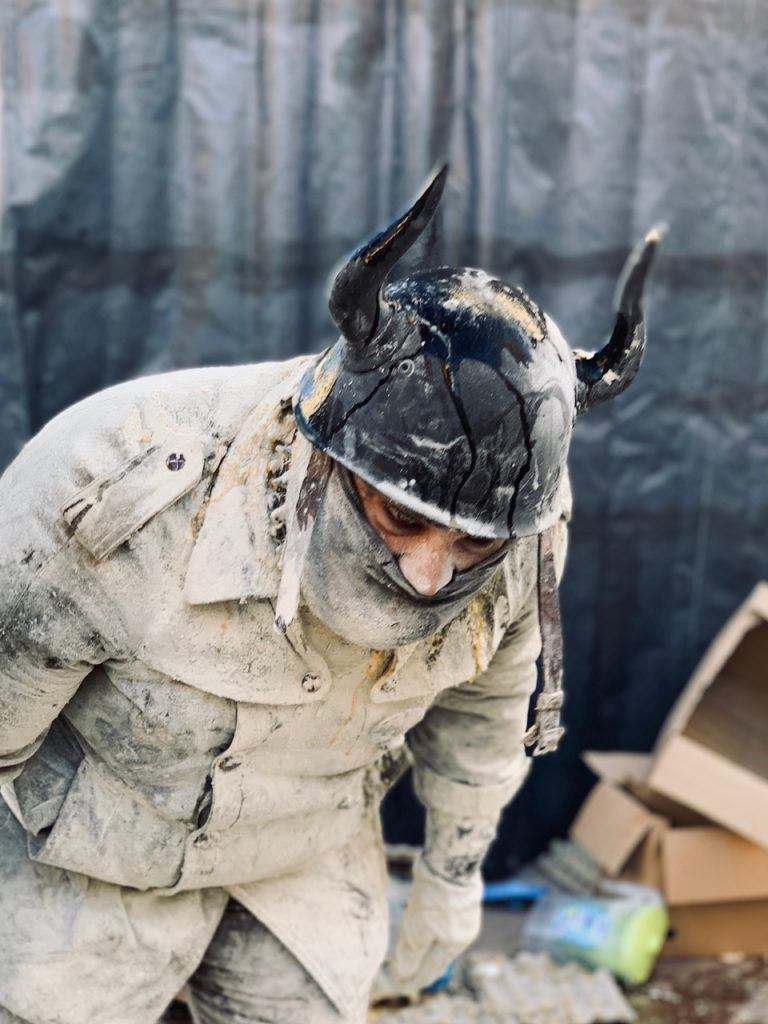 Things will get pretty mental so make sure you bring the right protective clothing. Here’s a list of what to wear at the flour Fight.

Protective Goggles – you can get cheap goggles from discount stores in town.

Gloves and a Helmet – if you are keen to go into the battle area in front of the square during the battle make sure you have you skin covered and best to wear a protective helmet as bangers and rockers are going everywhere.

A Plastic Phone Case – it’s not called the Flour fight for nothing. Flour gets everywhere so make sure you have a sealed phone bag for taking photos. These can be picked up from the discount stores in Ibi or in Alicante.

How to get around Ibi

Many people walk around the town on foot or rent a bike or scooter. There is public transportation including tram lines, busses and taxis and it is also easy to navigate yourself if you decide to rent a car. 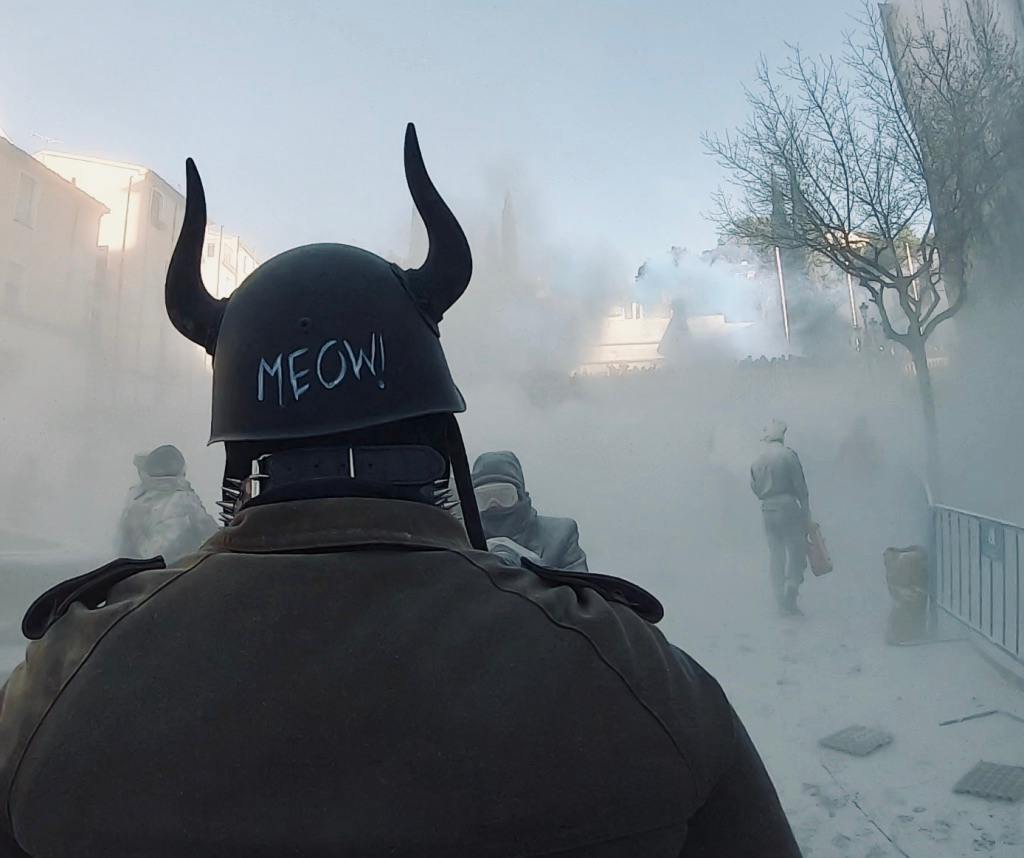 Where to stay in Ibi

Ibi is a small town but there are still plenty of places to find accommodation. Several Airbnb’s, hotels and places to rent. If you are after more of a city vibe you can head to Alicante which is only 30 minutes away.

Things to do in near Alicante

There are beautiful beaches to relax on or walk down in this quaint little town. Why not check out the town from above while paragliding or parasailing and even from a hot air balloon. You can explore it from below the sea while snorkeling or scuba diving or on top of it while stand up paddle boarding, kayaking or a beautiful boat ride.

Explore Alicante on horseback, bicycle or by foot. You should definitely explore the Moorish Caves, Viva Verde and Sierra de Mariola. There are also really cool museums to walk around in to learn the places history and culture and you must the beautiful Iglesia de San Jorge.

You don’t want to miss out on this year’s Spain’s Flour Fight Festival. It really in an unforgettable experience. For more crazy events in Spain check out Cascamorras near Granada and Haro Wine Fight in La Rioja.

Rad Season is providing you with rentals and hotels at the lowest prices available online. Book your stay for Flour Fight Festival 2023 using the map below!

Sign up for more news about Flour Fight Festival 2023