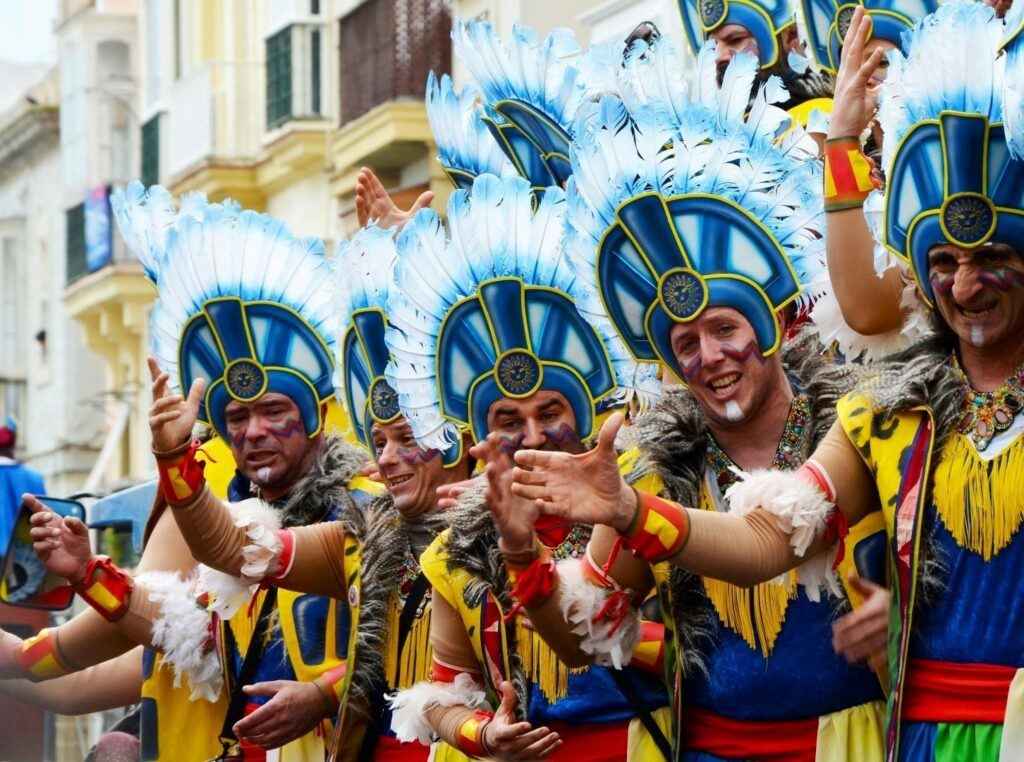 This year’s carnival kicks off on February 16 for 11 days of fun-filled events.

Although the costumes play a huge role in the carnival each year, it is in fact the music that stands out at this carnival! Locals work hard throughout the entire year to prepare and perfect their acts and performances for the carnival.

There are five main performance types ranging from musical to comical, with something for everyone to enjoy.

1. Chirigotas are made up of humorous groups that carry out satirical performances about anything and everything.

2. Choirs of up to 30 members, can range from funny to serious and entertain people in the streets; often with stringed instruments.

3. Comparsas are the most serious singers at the carnival and are known for their classical music talents and serious choice of songs.

4. Quartets consist of four or more performers; and are often accompanied by various sounds ranging from a kazoo to the beating of sticks and other similar instruments.

5. Romanceros are solo acts that roam the streets, performing and entertaining those who pass by. 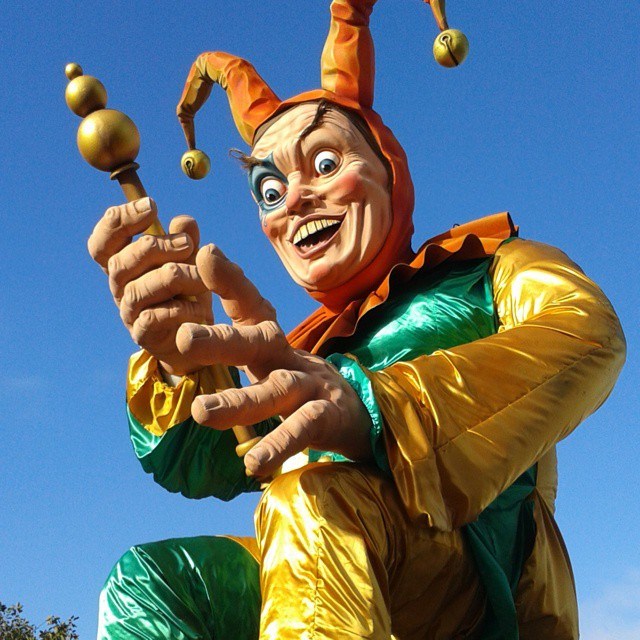 Cádiz Carnival takes place in the city of Cádiz, an ancient port city in the Andalucia region of Spain. Events take place throughout the entire city.

How to get around Cádiz

There are many options for visitors to travel to the city of Cádiz. The nearest airport is Jerez Airport, located approximately 30 minutes from the city. A number of bus routes also operate from most major cities in Spain to Cadiz and start at only 7 euros for a single trip.

Getting around the city of Cádiz is quick and easy with many forms of transport available. The most popular method of transportation is bus or taxi.

A train line also runs through the city of Cádiz, with two stops within the city, connecting visitors to neighbouring towns.

Due to the size of the city centre, public transport is readily available but not necessarily required. Bike and electric scooter rentals are also available in the city, and are a popular way to get around. 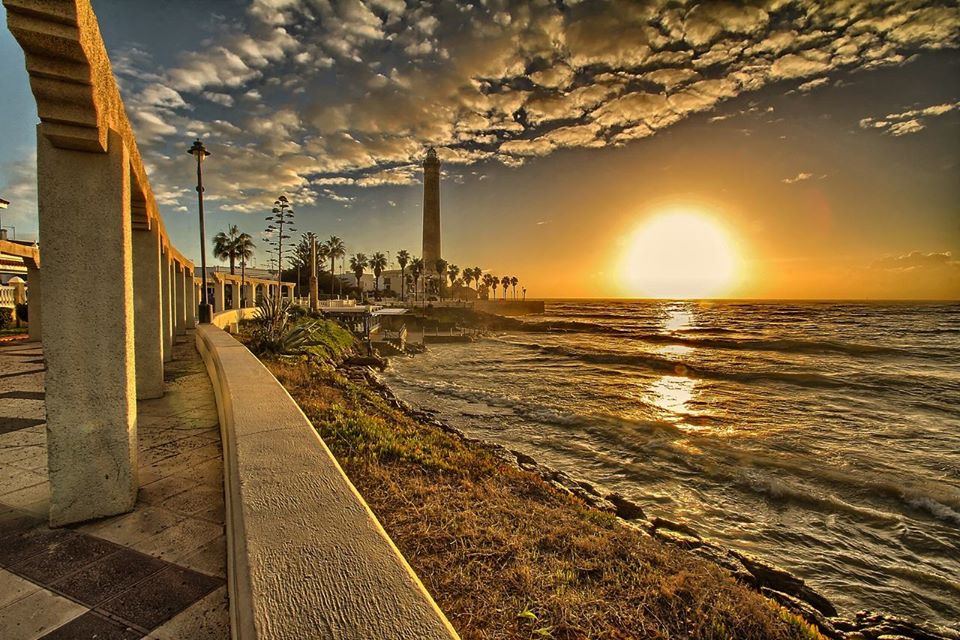 Where to stay in Cádiz

There are a number of affordable accommodation options available in the city centre of Cádiz. Options range from backpacker hostels to luxury hotels and apartment rentals and are available for visitors of all budgets.

Airbnb options are also available for those looking for a more authentic and local experience. You can explore the nearby accommodation options on the map below.

Things to do in Cádiz

There are a number of attractions and activities available in the city of Cádiz that can be enjoyed year-round, including during carnival season. The Torre Tavira lookout tower dates back to the 1700s and offers city-wide views of Cádiz.

The Castle of Santa Catalina also offers panoramic views as well as modern art exhibitions and galleries. La Caleta is one of the most popular beaches in the city, with castle views and extensive eateries and bustling nightlife nearby.

In addition to the year-round attractions, Cádiz also offers additional activities and experiences during carnival season. You can discover the ultimate Cádiz Carnival experiences in Rad’s Bucket List below.

With 11 days of fun and entertainment, there is plenty to see and do during your time at Cádiz Carnival. Check out Rad’s Cádiz Carnival bucket list and add these experiences to your schedule for the ultimate Carnival trip!

Dress Up! – Dressing up is essential at Cádiz Carnival. Dress up together in a group or stand out from the crowd with your own colourful ensemble. Whether you dress up for the entire carnival, or only during the parades, make sure to get in the carnival spirit and show off your style in some fun and traditional costumes.

Take Part in the Parade – Dressing up will be essential when you take part in one of two parades where the public become active members of the procession. The Gran Cabalgata (Great Parade) takes place on the first Sunday; and the Cabalgata del Humor (Comedy Parade) takes place on the last weekend. Both parades attract visitors by the thousands and everyone from locals to visitors become part of the celebration.

Watch the Carnival Fireworks – Daily fireworks displays take place in Plaza San Juan de Dios with additional firework displays and celebrations taking place in La Caleta on the final day of the carnival. Make sure to wrap up your carnival experience with the ultimate light show and firework display! 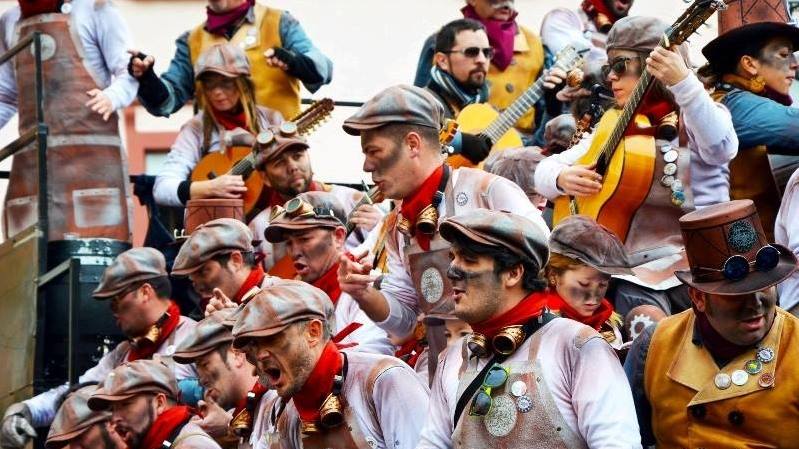 The next celebration of the Cádiz Carnival will take place from February 16-26, 2023.

Read more about the other craziest festivals in Spain such as the world-famous festival of Las Fallas in Valencia.

Stay safe: Even the best-laid plans can head south. SafetyWing travel medical insurance can help you stay safe and cover you in unlikely situations as well as that epic road trip or on your next adventure. How to stay safe during Cádiz Carnival 2023? If you’re not covered for your trip yet, get your quote here.

Rad Season is providing you with rentals and hotels at the lowest prices available online. Book your stay for Cádiz Carnival 2023 using the map below!