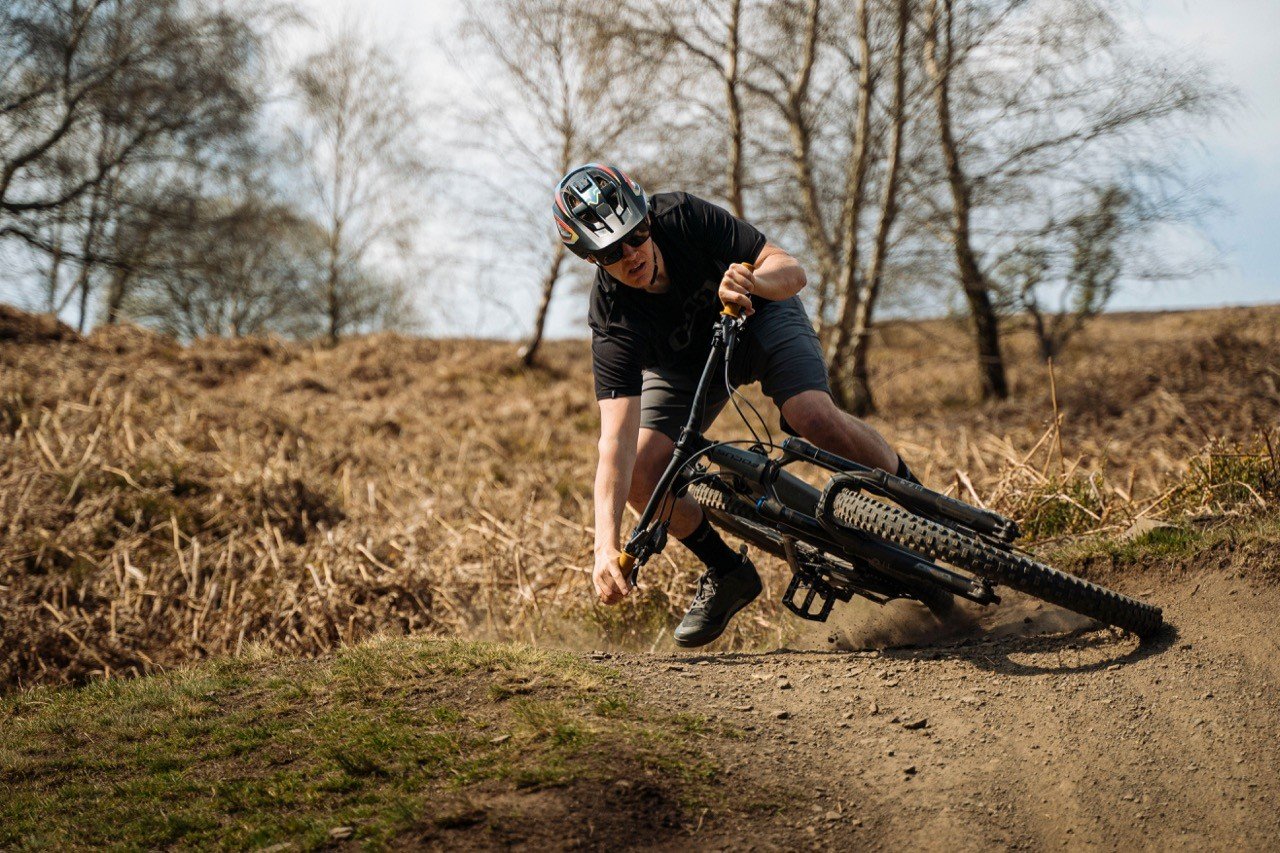 Growing up in the UK, Davi ended up riding motocross as a kid and had always been surrounded by two-wheels. He started his first business a Campervan company at 22 with his cousin. A decade ago he launched HKT Products starting off as a trade-only UK mountain bike distribution company.

In 2016 Birks created the HKT Podcast where he chats to the world’s best mountain bikers, action sports athletes and personalities. He also acts as the UK Sales Agent for Red Bull’s SPEC Eyewear.

Tune in to find out how Davi got into the mountain biking industry, the highs and lows of running his own distribution company, podcasting and what future projects he has in store. 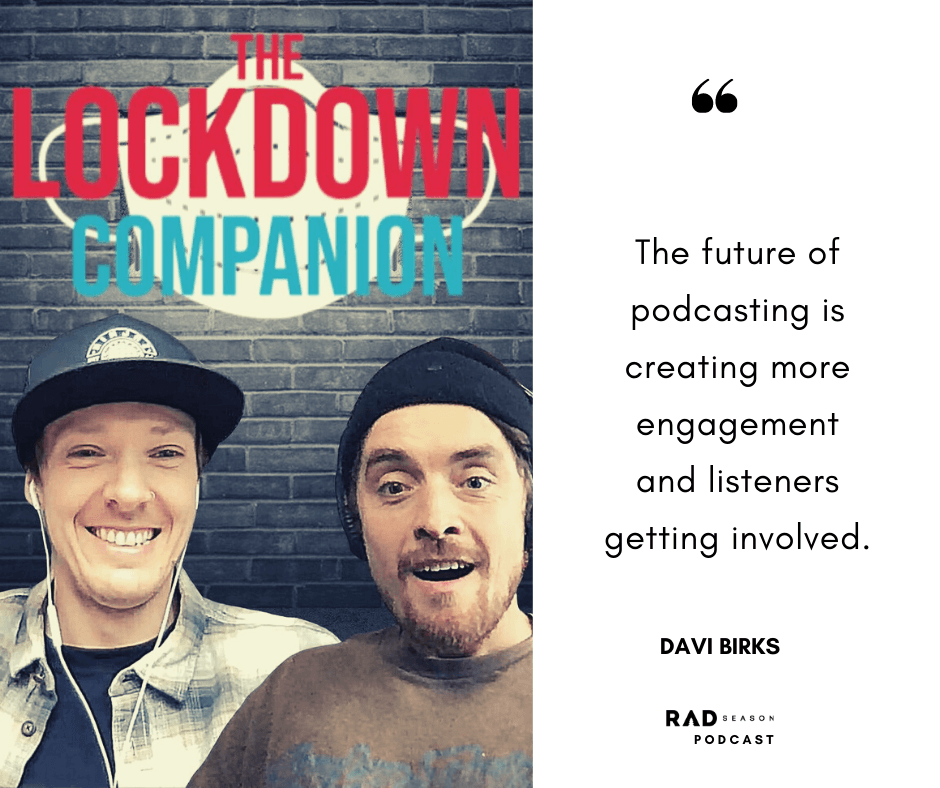 Oli Russell-Cowan: Hey guys, it’s Oli from Rad Season. Welcome to another episode of the Rad Season Show. I’m super stoked to be joined today by the co-founder of HKT Products and Podcast. Davi, how are you, man? You have been doing podcasts for 5 years now. How did you get into it?

Davi Birks: I used to do these long drives, 12/13/14 hours and I really got into listening to audiobooks. I stumbled on podcasts, especially the Joe Rogan podcast. I remember one particular episode with him and Duncan Trussell. I was really depressed at the time, I’ve been in a bit of a hole and listened to this podcast talking about not doing stuff that you don’t enjoy doing. You’re here for one life, and you’ve got to try and make the most out of it. It was weird because it all really sunk in. And that was a huge motivator for me to make a change.

5 years ago there was not really a mountain bike podcast. So I came up with the idea to start a podcast and called it the HKT podcast. It took many years before it got value and a listener base. Now it is where it is and I’m super proud of where it’s at. It’s been a lot of work and a lot of hours. I’m not just proud of the podcast, but the listener base that’s involved in it.

I’ve met some amazing people that are the best friends I could ever wish for. Guests and listeners, the people that I talk to and I go riding with.

At the time it was a way to market the business although the company HKT only sold to trade customers. People didn’t necessarily realise there was a business connected to it. It’s taken on a life of its own and created its own little community.

It is different now, we set up more e-commerce but at the beginning I wanted people to just join the dots naturally.

Birks: Yes, it’s been so fun. There’s been a few little mini-series that I’ve started throughout the podcast. So the first one that we did was called EWS or Bust. I remember I’ve got this email from a guy asking for sponsorship. I get a lot of those but there was something particular about this guy called Rich Payne. He was asking for financial help to go race the Enduro World Series.

I got on a call with him telling him I can’t offer money but we can offer you a platform to promote yourself. Let’s do a podcast series and follow you around the world and call it EWS or Bust. We catch up the day after and we talk about the travel there, what it takes to be a privateer, and go racing. It was really unique.

I think it helped Rich get a job in the industry as well. He is now one of the Global Mountain Bike Network (GMBN) presenters.

I also started a series called Behind The Bike. This was a few years ago when I couldn’t afford to buy a bike. Brands would send me a bike and I’d ride it for one month. After the trial, I would talk to the brand about the bike, and bring out the stories of the people that helped make that bike come to market. We had engineers and marketing people on the podcast and the brands all absolutely loved it.

The most recent series is The Lockdown Companion. It’s by far the most successful series that I’ve ever done. My friend Olly Wilkins, a professional mountain bike rider, said, Look, people are bored, they’re going to be stuck at home, we need to entertain them. Let’s make sure people aren’t depressed.

It’s a weekly show, we’ve done 40 odd episodes and it’s arguably the most fun I’ve had. You might think it’s just two guys talking shit but we are just looking to cheer people up. We’ve received so many messages from people that have lost their jobs and are depressed, it makes me emotional even thinking about it. It’s never been about anything other than having fun and putting out content that people can relate to. 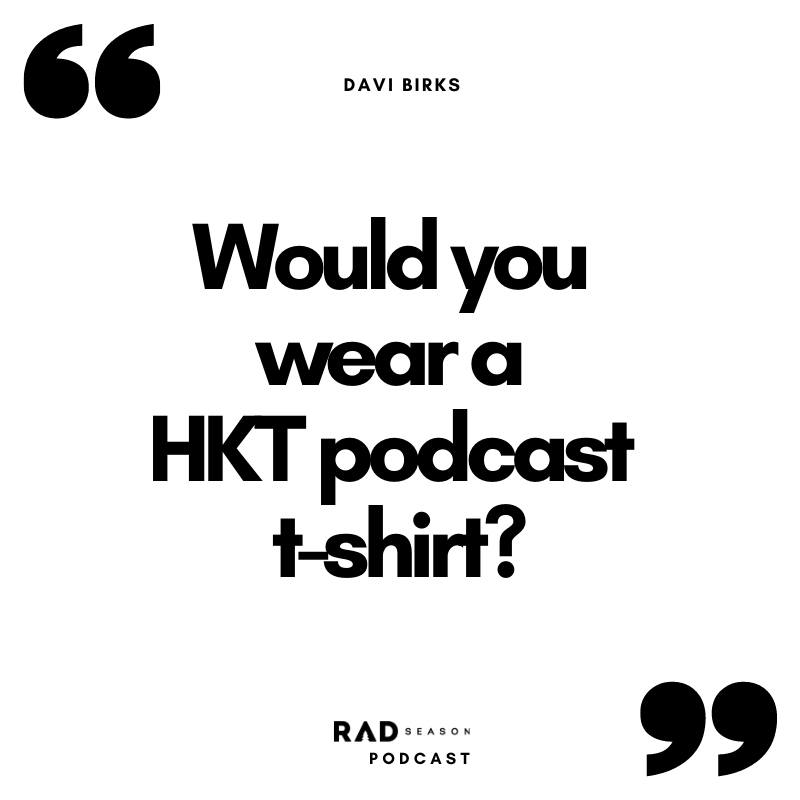 Russell-Cowan: What are you looking to do next?

The logo that we created was never expected to get to this point. Changing the name of a podcast is surprisingly difficult because all of your SEO gets wiped out. The slug you use for the podcast has to remain the same. So for me to do the series within the podcast is the way forward.

We’ve also got our own bike event called Freedom Ride. The future of podcasting is creating more engagement and listeners getting involved. It’s so sick, getting everyone together and it’s very humbling.

Russell-Cowan: Cool, Davi. Thanks so much for your time, man.

Birks: Thank you. Appreciate it, man. Thank you for having me.

Rad Season is providing you with rentals and hotels at the lowest prices available online. Book your stay near Sheffield, UK using the map below!