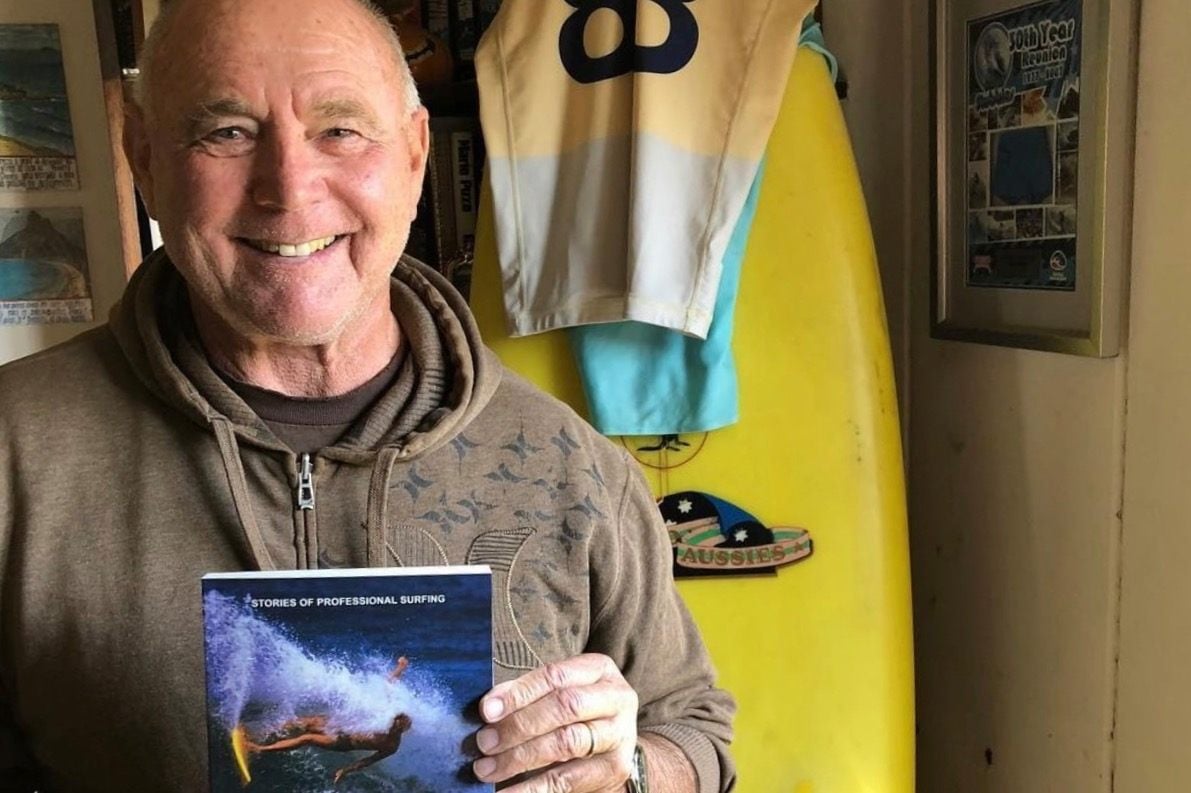 Ian Cairns is the original power surfer, coach, entrepreneur and co-founder of World of Waves TV Show and Surfing.com.

Growing up surfing in Western Australia provided Ian Cairns otherwise known as Kanga as a 13 year old grom with the perfect training ground for the huge waves in Hawaii where he moved in the early 70’s. He went on to win the Duke Kahanamoku contest in 75 a highlight in his surfing career. Ian was part of the Bronzed Aussie Surf Team traveling around the world as a stoked surfer looking for a good time.

Ian became the Event Director for the OP Pro and along with Peter Townsend moved to California. He formed the Association of Surfing Professionals (ASP), the first ever rule book and the foundation of the whole global surfing tour which is currently the WSL. His love of coaching saw him win titles with the US Team and he won a world title with Sean Poynter in SUP.

Ian is currently the co-founder of Surfing.com built around the concept of connecting people who love waves and travel with great places to discover waves and awesome people to help you on your journey. They also produce the World of Waves surf and travel TV show which launched in 2020 airing across major US TV networks.

Find out more about Ian’s favorite moments over the years from surfing massive waves in Hawaii, to coaching world champions and launching a TV show and what he has in store for Surfing.com below:

Oli Russell-Cowan: I’d love to take it back to where you grew up in Western Australia. I’m just really curious of how surfing started for you. Where did it all begin?

Ian Cairns: I was living in Sydney, body surfing. My dad taught me to body surf in South Avalon. My brother was a member of the surf club. I borrowed boards out there. I surfed little Avalon on a knee board, you know, a plywood knee board I’d made.

The surf club was you follow the rules. You did your Sunday on the beach protecting people within the flags. Then one day, I paddled up to the north end of Avalon. That’s where the surfers hung out. This was a sort of ragtag bunch of people that were completely different. I just went to myself, wow, these are my people. I was always and have always been probably until the day I die at odds with rules and culture, which sounds really weird because I created the ASP rulebook.

I just love the independence and the freedom of what surfing really means. It’s a global environmental of people that are just different and everyone celebrates these differences. 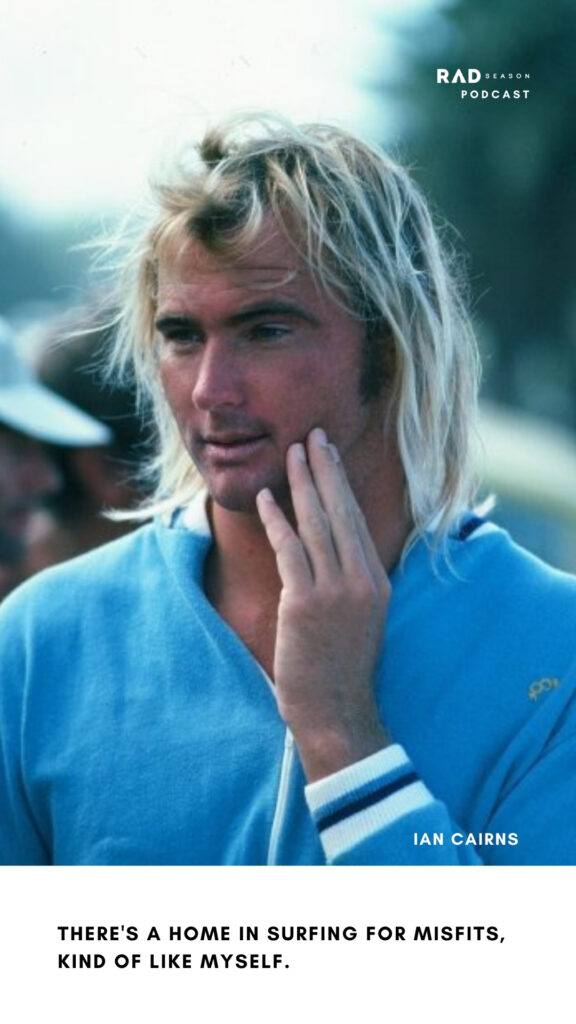 It’s not organized and structured. You know, the fundamental thing is you can just travel and grab a few waves and you don’t need a lot of money. All of these things, there’s a freedom to that. That freedom is what sort of kindled my my love for surfing.

That summer of 1966 we got in the Falcon and drove from Avalon to Cottesloe, Perth in Western Australia. My dad got a job up north. We drove across the Nullarbor which was at that time 1200 miles of dirt road, and you had to check in with the gas stations along the way just tell them all the Cairns family is driving West.

We’ll check in at the next place just to make sure we got there. In middle of summer it was like 100 degrees, it’s like driving in the Sahara, it was dangerous. Cars would breakdown, people would die. So anyhow, we arrived in Cottesloe and my dad got a house five houses from the beach at a surf break called isolators. There was a golf course over the road and this surf break five houses away, and I had the surfboard strapped on the top of the Falcon that I got for Christmas the year before.

I got my first surfboard the Christmas of 65. We drove to Western Australia in January of 66. And I started surfing my nine foot seven longboard out front at isolators.