What Are the Strangest Traditions In The UK? 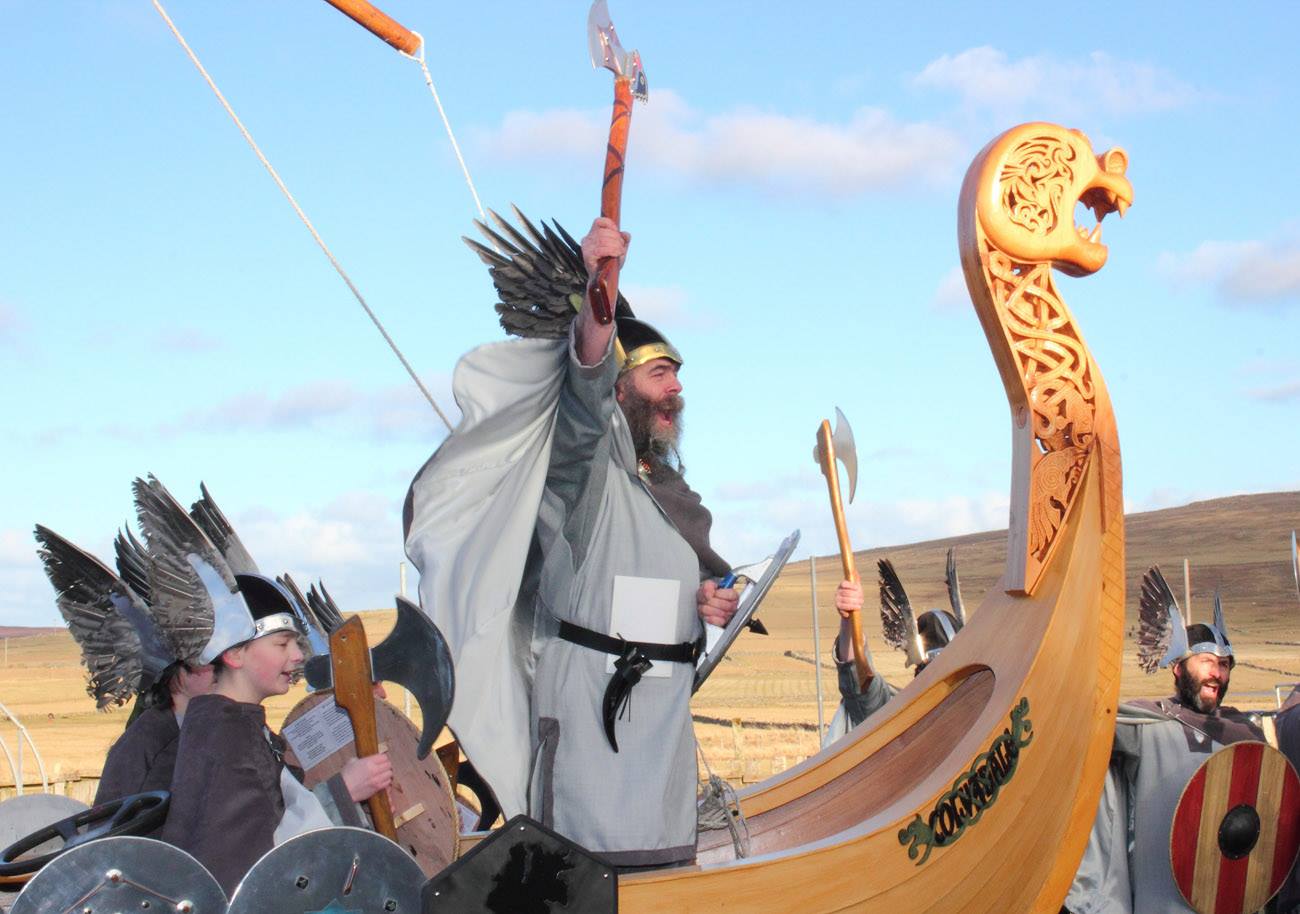 They’re Weird, They’re British, But Above All.. They are Entertaining

If you are looking for some of the most unusual festivals and events in the world, the search ends in the United Kingdom. The British taste for eccentric odd-ball traditions truly never runs dry as the country prides itself in some of the world’s most quirky events. Toe Wrestling, Nettle Eating and Wife-carrying Competitions are just some of the wacky and bizarre customs that sets apart England from the rest of the world. Is it safe to say England is a nation of weirdos? You decide as we unpack the top five Strangest Traditions in the UK below – 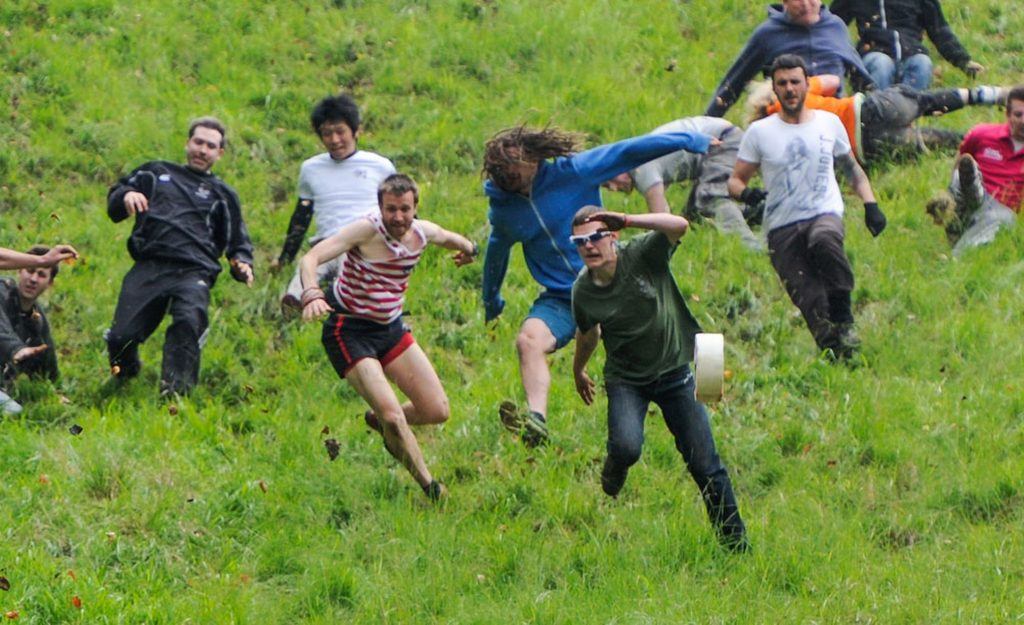 The objective of our first pick on the list is quite simple. Chase a giant wheel of cheese down a hill and grab it first to win. Simple doesn’t always mean easy. The dairy formation can gain speeds of up to 70 mph as cheese-chasers will more than likely walk or limp away with several injuries. Cooper’s Hill is a treacherously steep land formation that leaves no competitor safe.

A head start doesn’t mean much in this competition and if you happen to get to the finish line with no bruises or broken bones, you simply didn’t try hard enough. The past winner of the cheese rolling competition, Chris Anderson, retired his jersey and won’t be competing this year. Who will take the throne as the ultimate cheese champ this time around? Attend to find out! 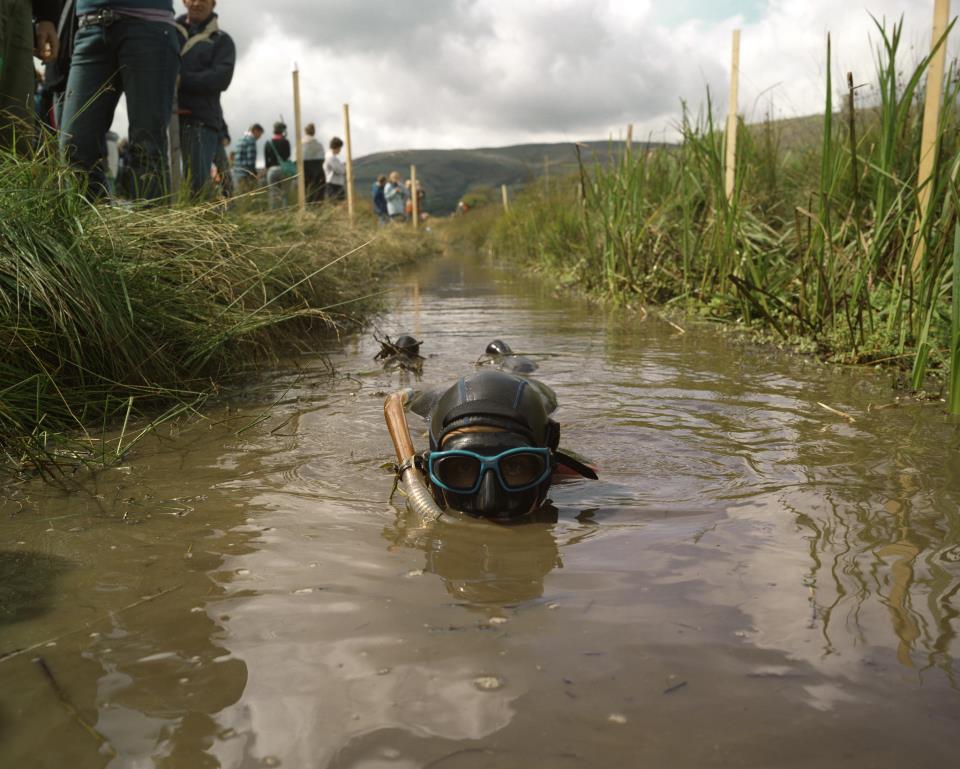 August is the month of the world’s premiere Bog Snorkelling event. Yes, this is a worldwide thing that takes place every year in Llanwrtyd, Wales. The conception of the sport occured in the mid 70s and ten years later, the first championship would take place. Sixty yards (55 m), two laps, and nothing but snorkels and flippers.

Contestants are prohibited from using conventional swimming strokes in an attempt to finish the course as fast as possible. The current world record is held by Neil Rutter who achieved the feat in 1 minute and 18.82 seconds. Labeled as one of the “must do things in the world”, it really doesn’t get more strange than this. 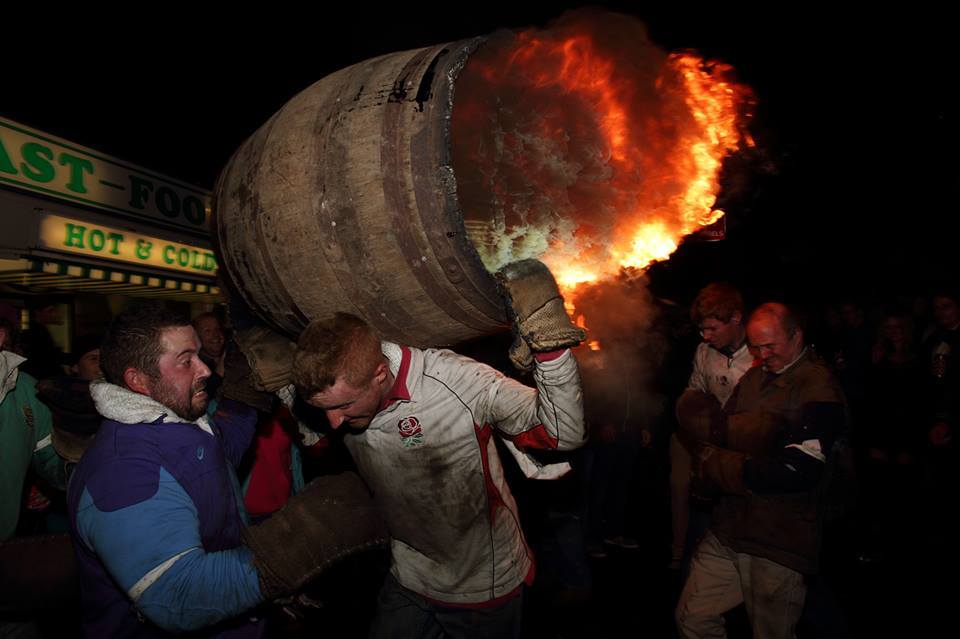 This culturally and historically rich event may not make sense to most, but it is a delightful sight for locals and those present. Its origins are still questioned, but it is widely believed that the tradition started in the 17th century as a Pagan ritual to rid the streets of evil spirits.

The tradition changed from rolling the barrels to carrying the flaming objects on the shoulders of participants who have no other reason to play with fire other than to play with fire. The crowd goes wild as flames of 17 barrels light up the night sky before everyone joins a celebratory bonfire in the town center. Pretty f*ckin’ weird…

Burning of the Clocks: A Winter Solstice Festival 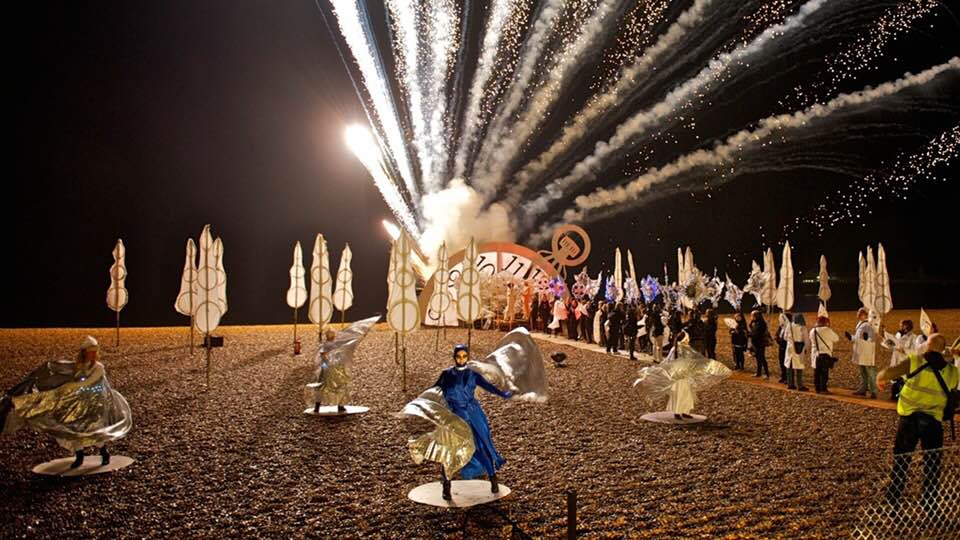 As if burning barrels wasn’t enough flaming action for England, the country continues their passion for fire during Brighton’s Burning of The Clocks each December. Founded in the early 90s, the celebration centers around hundreds of lanterns and costumes made of flammable material such as tissue paper and withies. Everything is clock themed to represent the change of time during the winter solstice.

Compared to other strange events in England, Burning of the Clocks most likely holds the most meaning. Participants light their lanterns on fire to let go over there fears and spark new luck and hope for the coming year. A rowdy parade ensues as the city streets become an all out party filled with dancing and music.

UP HELLY AA: Vikings, Drums and of course.. Fire

On the Scottish Shetland isles, there is no question that people stay true to their Scandinavian roots at UP Helly Aa. Each January grand marches take place which lead up to a ceremonial burning of a Nordic long boat. Participants fully dress in Viking attire, carrying lit torches and ancestral flags above their head.

It’s as close as real life gets to Game of Thrones and certainly does not disappoint. The torch-lit parade includes over a 1,000 marchers who light up the town to the roaring crowd of thousands. If you want to be transported back to the Nordic Viking empire of the 10th century, this is definitely the place to be.

Interested in the weird and wonderful? Why not check out Spain for some of the craziest festivals on Earth.