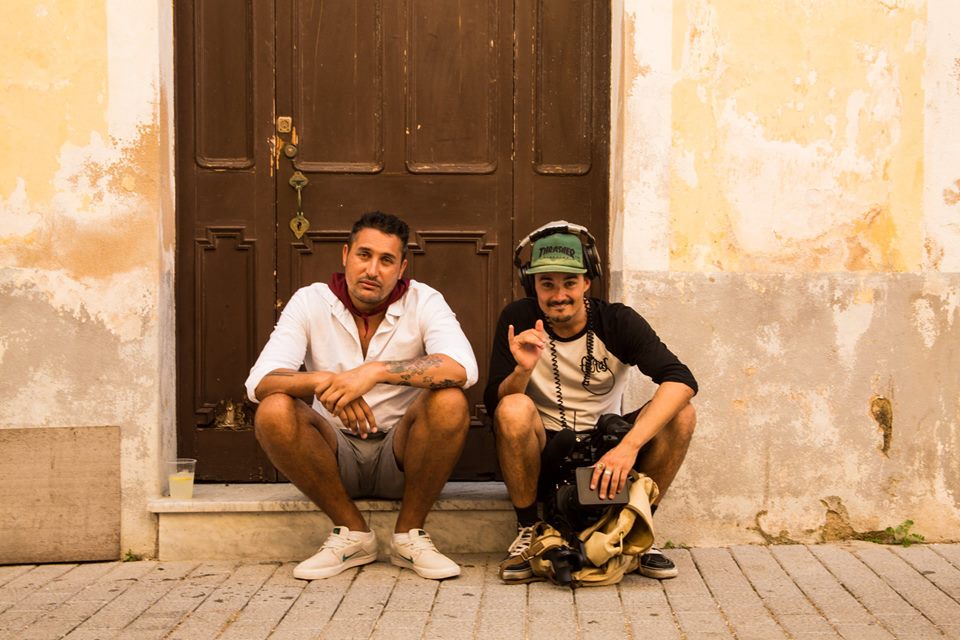 From Australia to Asia, London to Spain, Wade Gravy set out to see the world and leave his mark. It wasn’t until a spontaneous surfing trip to Barcelona, where Gravy co-founded Stoke Travel offering the ultimate experiences at the world’s craziest festivals and bucket-list destinations, Stoke Travel is the favourite choice for the backpacker on a budget. We had a chance to catch up with Wade to learn more about Stoke Travel, 50 Fiestas and some of the craziest events in the world.

RAD – How long have you been living over in Spain?

Wade Gravy– I first came here in 2006, so 13 years ago and then I was bouncing between San Sebastian and Barcelona and in the Basque country as well; we’ve been touring in Barcelona and Morocco. That was the Genesis of Stoke. Toby and I decided to start taking people on surf camps as a way that we could continue surfing ourselves; so we’d go and take the stuff and do what we wanted to do. They were small groups at the start of maybe 30-40 people and then we did that for a year or two in 2006, 2007.

Then in 2008, we expanded into the festival space, so we went to Oktoberfest and Running of the Bulls and La Tomatina; I think those things back then in 2007 were still pretty popular. They were on the “tourist trails” like you had to do those if you were a young Australian/Kiwi travelling in Europe. It was a bit of a no brainer so we set up camps there. I think maybe I’m romanticizing it but we started from a really honest perspective where we knew what people wanted; to come and meet new friends and get drunk and party and let their hair down and we facilitated that with our open and unlimited 10 year bar deal. 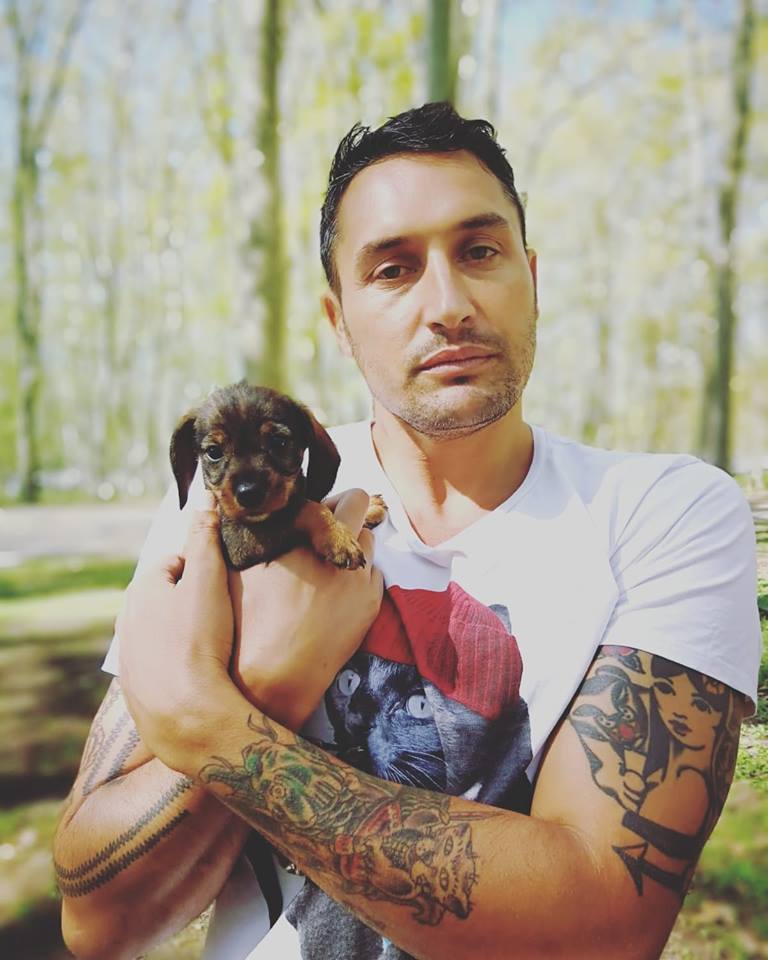 Were you guys trying to target the Kiwis and Aussies?

That’s a good point because we naturally did attract a lot of them because of who we are and I guess the tone of our advertising spoke to them because we’re Australian so it makes sense; but we really wanted to make a point of difference to other brands, which weren’t really targeting those groups.

We had advertising campaigns like “why travel to the other side of the world to hang out with Debbie from Dubbo?” and we’d say, “hang out with people from Switzerland or Gambia”.

We were trying to get people from all over the world, but the nature of the brand we were drawn towards had a lot of Aussies and Kiwis follow, but we never wanted to just be a brand that serviced just those groups. 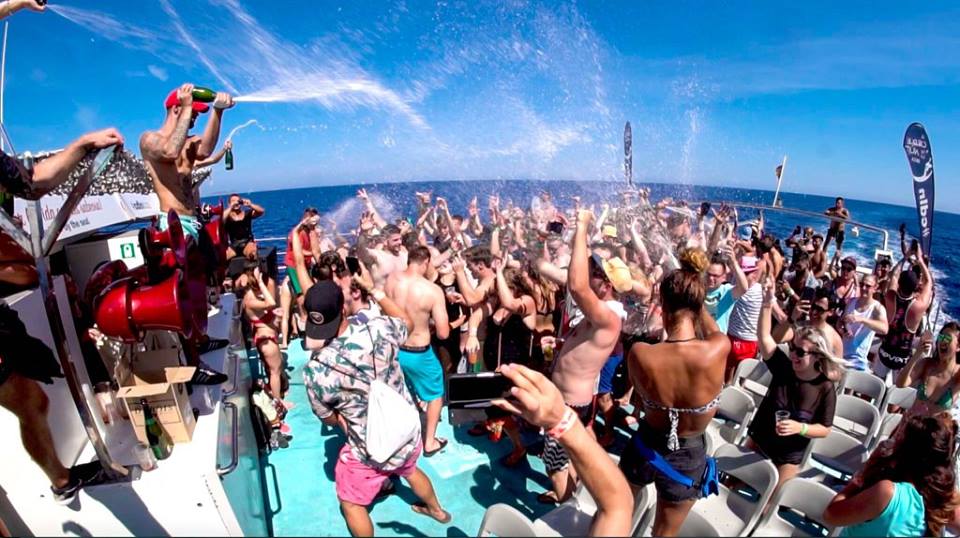 How did it all come about with 50 Fiestas? Was that something that started off in the beginning as well?

About halfway through the stoke travel project, I got I guess headhunted by Surfing Life, a magazine in Australia. They offered me a job there in their offices. It came off the back of me breaking up with my then girlfriend. I was living in San Sebastian and that was ‘her city’ and I wanted to get out; they said “why don’t you come down to Australia and edit the magazine for us?” which is something I’ve never done and I wanted to sharpen my skillset instead of with Stoke where there’s such a small team and you do a bit of everything.

So I went down and I edited the mag for 3 years, which was great; it was such a wonderful learning experience working for a publication and being an editor. But, I was getting itchy feet I guess, I was really missing Spain and Europe. Working at the magazine, I was discovering, which stuck to me as a writer, written word wasn’t being readily absorbed and video was the way people wanted to consume content. I realised that and conceptualized this little documentary project where we’d go and video these crazy events and capture them. 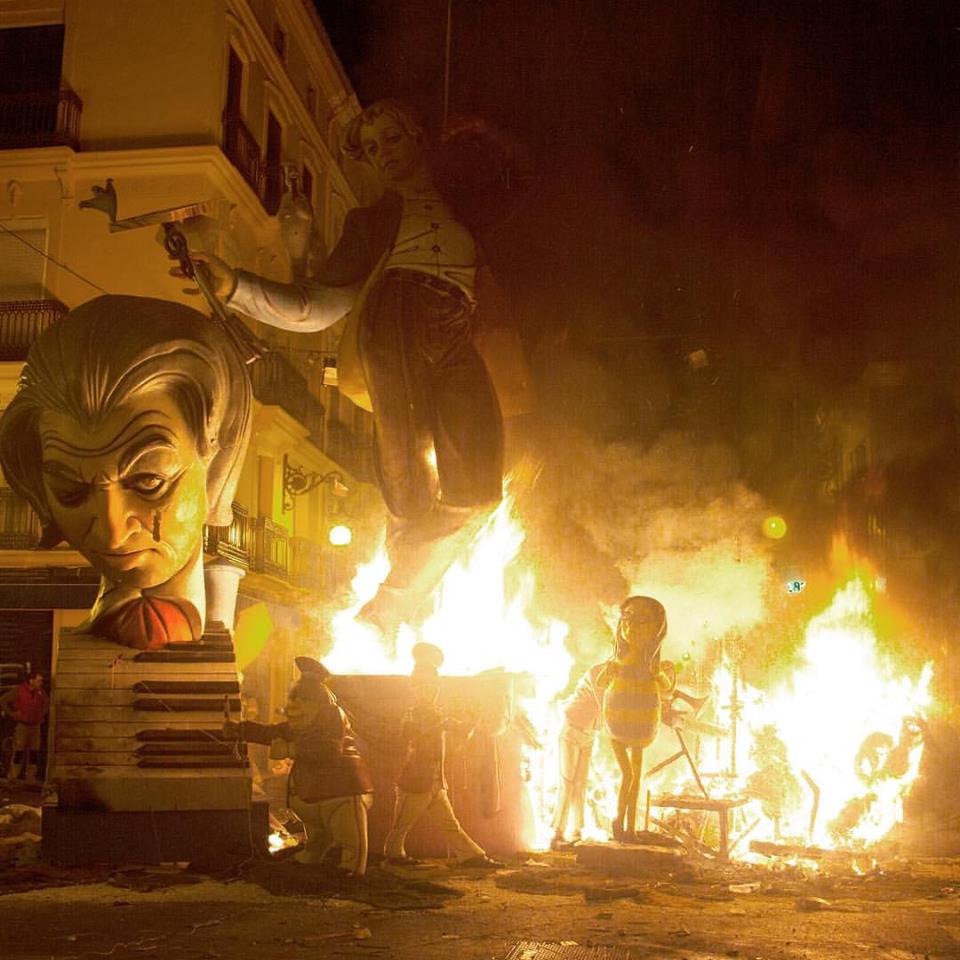 I was living in Queensland but I was from New South Wales and this was a time when lockout laws were coming into effect. Partying being demonised by police, the state government and even popular opinion; I wanted to show that there is a way of partying that is positive. People letting their hair down and releasing the stress from modern existence without punching someone in the face. In New South Wales that was like the norm – you’d go out, you’d get drunk and have a fight and everything would be banned forever.

For me, the sense of community that comes with these fiestas, whereby it’s not something grimy or something you’ll be ashamed of. Literally everyone and their grandma is participating at these parties, drinking red wine, calimochos, sangrias, without having them feel ashamed. It’s literally just letting your hair down and bonding with your community. That was for me with this project, something that I really wanted to capture. Demonstrate that lesson to people back home that there is another way to party; it’s not that you don’t party at all and be a puritan. There are positive and wholesome ways to have fun. It’s a great community building and enjoyable event. 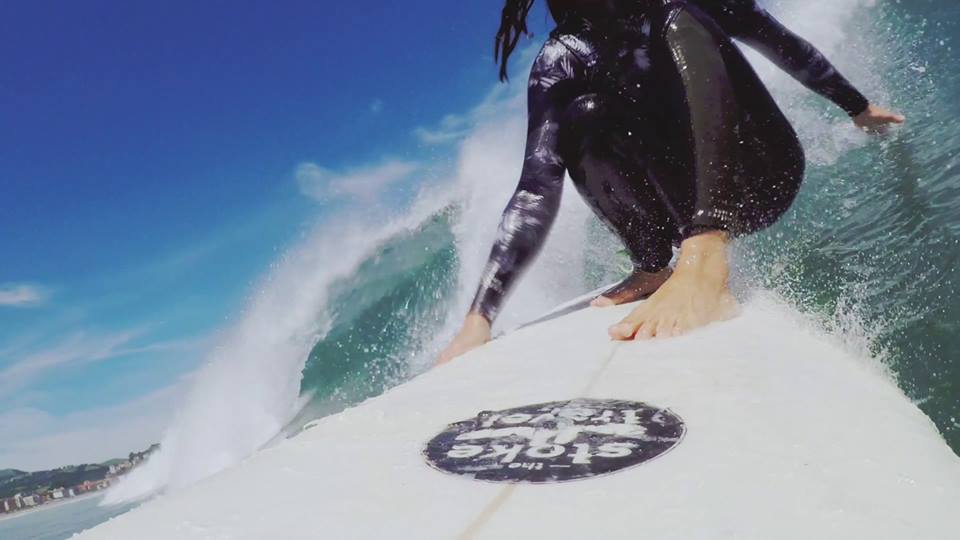 In your opinion, are there any stand out events in Spain? If you had to pick one, which one would be the craziest or most unusual?

I was hoping you’d ask me that! I couldn’t pinpoint one in particular. But there’s Cascamorras, which is in September in the Granada province – it is phenomenal. It’s a bit creepy. It’s a two-day event and they cover themselves in oil or black paint but it’s meant to resemble motor oil. The women look so incredible greased up in this oil and they chase this guy around with a big stick with a bommy knocker at the end of it. I think the idea is to go to one town, steal a statue and bring it back to his town. It is just phenomenal.

The other one that stood out was Lekeitio in the Basque Country, and it’s hard to explain. They have to hang off the neck of a goose that’s hanging on a rope over the port and they get catapulted 30 meters in the air. It sounds disgusting out of the animal aspect, but they use rubber geese now so it’s not bad. So you have to hang under this goose’s head while you get flung in the air until the head of the goose falls off; while everyone in the town is drinking calimochos and partying at the port and listening to live music. It’s a really fun atmosphere.

There’s also one in Piornal in Extremadura that we went to and it’s a turnip fight. Turnips are massive and heavy, and it was in January so it was frozen. They were frozen solid and so you’d run around throwing turnips at a guy dressed as a devil.

The list goes on. There’s one in San Juan where they crowd surf horses, we went to one for Carnaval in Galicia where they have a fight with fire ants – like, everyone just throws fire ants all day. Another one in Galicia, if you’ve had a near-death experience in the year, they put you in a coffin and parade you around the city the whole day. So you know what it feels like to be in a coffin; it makes for great content!

Are there any events that you’d be going back to or that you’re keen to see, either in Spain or somewhere else?

Yeah, there aren’t many in Spain that I know that I haven’t seen yet. I’m in Valencia now and an hour away, there’s a really good Monte de Cristianos, which is like a reenactment of when the Christians defeated the North African invaders I guess you could say. The thing with our events is we weren’t really looking for ‘fun’ events; we were looking for spectacular and weird events. So personally, I’d probably like to go to ones that are just fun; just good concerts, good drinking, heaps of babes – that sort of stuff. 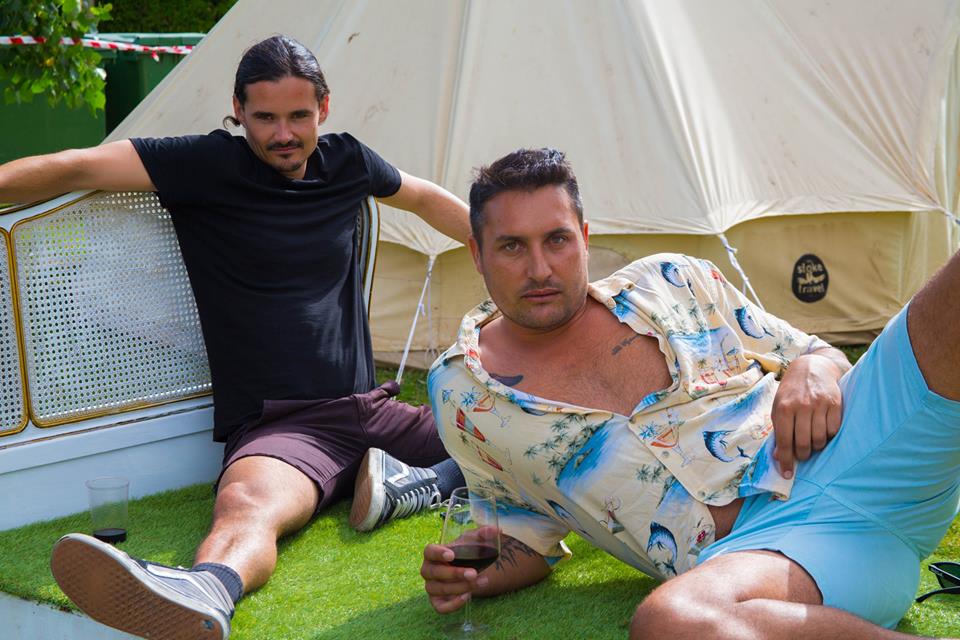 So what are you guys up to later on in the year? You’re running these workshops, any other projects you’re currently involved with?

Right now, I’m doing a writing workshop and travelling around Spain with a fantastic group of young ladies who are wonderful writers; I just read all of their stories this morning. 50 Fiestas, we’re going to make a sizzle reel of maybe like 30 fiestas. With that, we’re going to make a 4-minute sizzle reel to try and get some funding so we can get a producer to make the first series. Then we’ll actually be able to employ people who know what they’re doing cause we have no idea. My partner in the business, he’s the cameraman and director. He’s a pro but we need to get some people who know what they’re doing apart from the camera aspect.

Stoke Travel is just going from strength to strength. We just finished a Dune Rats tour of Europe and our Ibiza trip is just going crazy. We’ve got a full-time DJ who plays pool parties every day in our villa. Our surf camp is going off with brands and DJ’s and surfing as well, and then we’ve got Oktoberfest coming up. There’s a lot going on but I guess what’s overwhelming for me personally is to really suck the marrow out of being here in Spain; making the most of all the opportunities that I have and have really long lunches. 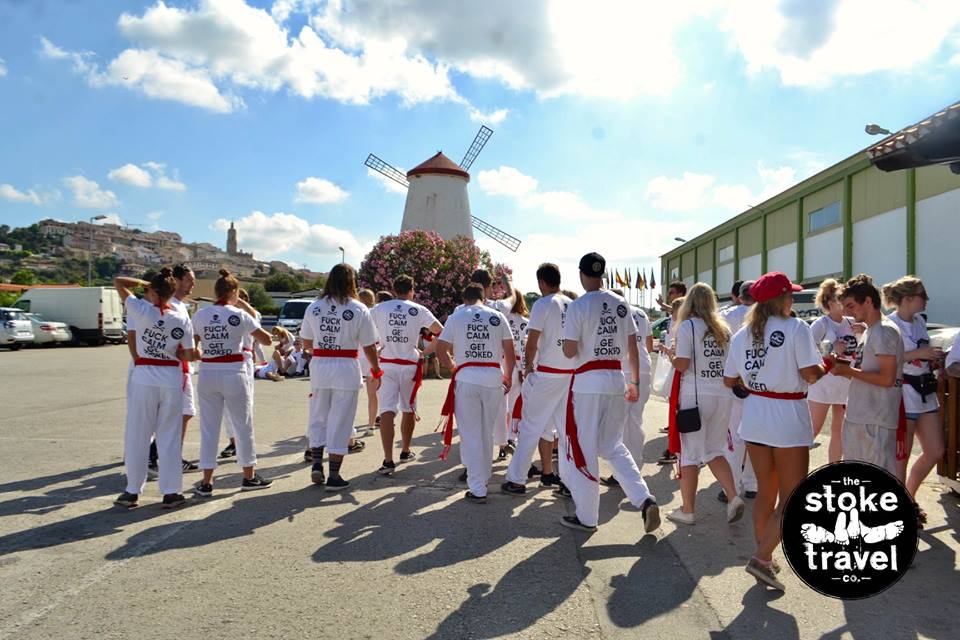 Keep up to date with Wade Gravy on Instagram.

Rad Season is providing you with hotels and Airbnbs at the lowest prices available online. Book your stay near Spain using the map below!