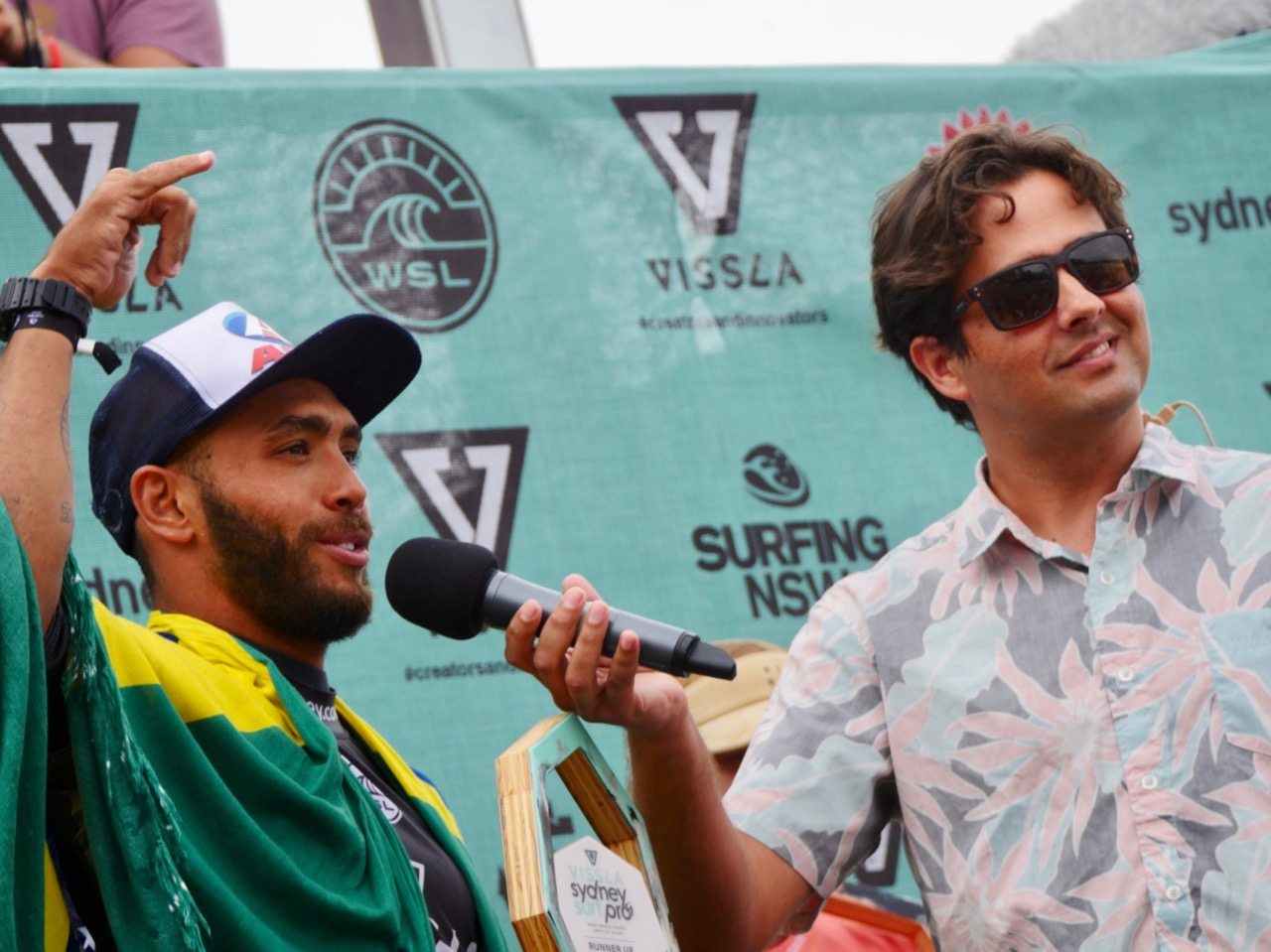 From the South shore of Oahu Hawaii to the biggest and best beaches in the world, Joe Turpel has grown to become one of the most iconic and recognisable voices in professional surfing.

The Hawaii based surfer turned play-by-play commentator got his first announcing job over a decade ago. Turpel has since become one of the most iconic members of the World Surf League’s international commentary team.

I had the chance to catch up with the voice of the WSL himself, during his visit down under for the Vissla Sydney Surf Pro; and discuss events, hidden gems and more.

RAD: Welcome to Manly and The Vissla Sydney Pro, what’s happening and what brought you here?

Joe Turpel: Thanks, I’m so happy to be here. I’ve been coming to Manly since 2012; that was my first trip here with the Australian Open Series, and then I’ve been coming back every single year for the event. I love Manly, it’s such a beautiful city; I love taking the ferry over to see the Opera House, and the waves and the culture, I could just get right into it, it’s super fun work.

I’m a play-by-play commentator for the World Surf League and this is kinda like my event where I get to see the up and coming talent that’s looking to qualify before my schedule gets pretty busy with the Championship Tour up on the Gold Coast.

How long have you been commentating for?

I had a couple of events back in 2007, 2008. My first mens event was 2010 and that started the year where I was like alright I’m not doing anything else for work, I’m just going to travel and commentate, try to polish my craft and I lived pretty simply back then and just got about six, seven, eight events a year; and then it became officially full time in 2014 when the World Surf League took over.

We had a consistent team of knowing that you’re on tour for the entire year and it’s been pretty special just seeing the sport grow and the broadcast just get so incredible with some great people working behind the scenes. 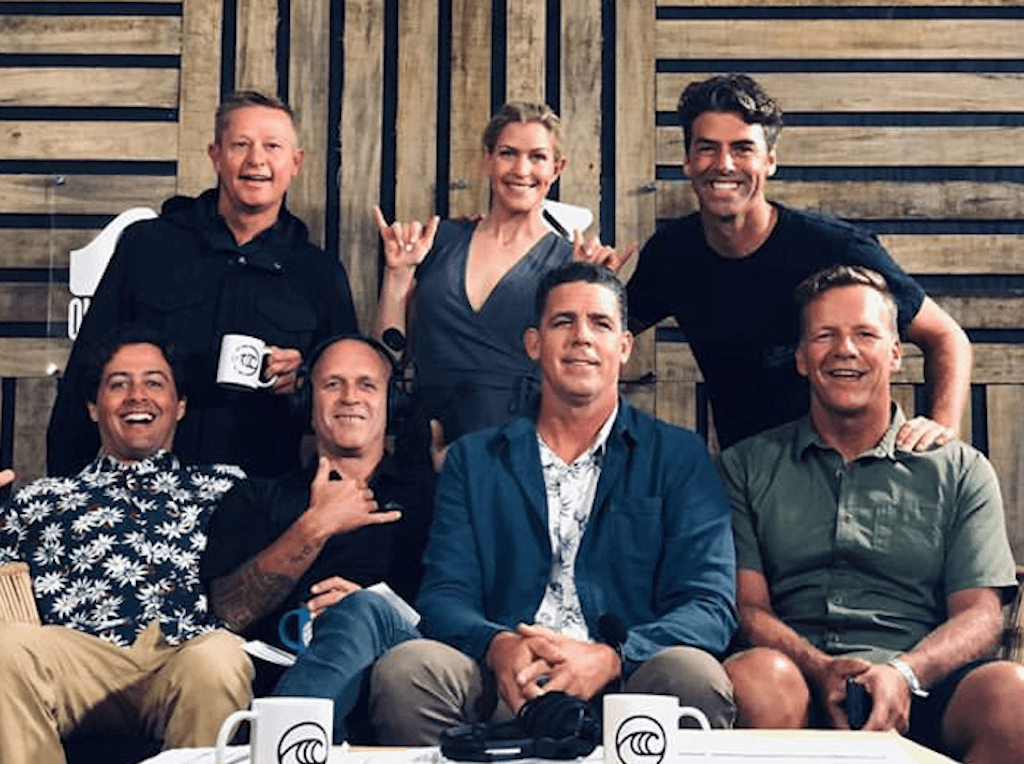 Obviously you’ve been covering quite a few events and heats. Are there any events in particular that stand out since you started?

I think you get so much energy from different types of events; for instance Manly, you come here and you get to meet this culture that’s unique to the Northern Beaches and you get to meet new people. That’s what I always experience, I’m always meeting new people, just in this environment before the tour starts. As far as being blown away, I think that the Dream Tour has blown me away with how much variety there is. It even comes to scheduling where you might take an event off just to stay home and just recharge; it’s hard to figure out which one you’re going to take off because they all bring something different.

‘For me, Jeffrey’s Bay, the wave in South Africa is so attractive to me as a surfer because that’s the kind of wave I love surfing and just the feel of the ocean just smells different there; it’s powerful.’

Then you have a wave like a pipeline for the Job quality and calling the event there play by play . For me, going in the tower at the pipe masters when there’s a title on the line, you’re calling that wave, it just rumbles the whole sand on the beach, you see the biggest wipeouts, the best barrels all day, people trying to re-qualify. For my job of actually calling the action, nothing touches that for me. And if it comes down to pipe; that wave, I could watch it all day without talking about it. I could just sit there; it just takes me over in a really special way.

Are there any spots that you particularly like, you’re saying J Bay, but when you do get a little bit of time off tour, anywhere that you like going back to? Anywhere that stands out for you?

For me as a commentator, it’s interesting because when the waves are really good, I’m working because the contest is called on, and then there’s some events where you realise you get to surf more than others. It’s not always a guarantee you’re gonna get a tonne of surfs in.

‘Over the last couple of years, I’ve noticed my favourite sessions end up being in Portugal, just because of where Peniche is around the peninsula and there’s a lot of space to spread out.’

Where you have the contest area where everyone’s warming up, but you don’t have to surf there. You can just be out hiding from everyone when I wanna go surf, I just want to get a couple of waves. Portugal’s been really nice for that.

Fiji, those years it was on tour was special. Bali being on tour, our team got to surf a lot together. All the commentators were just hunting waves up and down the coast. We went all over Bali, so the contest is at Keramas and we went to both sides of the peninsula and when we left that event, all of us felt really well surfed.

We had a lot of opportunity, partly because I think Keramas is just so tide sensitive, once the tide bottoms out, it’s off; and we found spots nearby that were good on low tide and we just always had the afternoon to get in the water. You just leave those events just going ‘woah what gets better than this?’ And I can’t think of anything really! 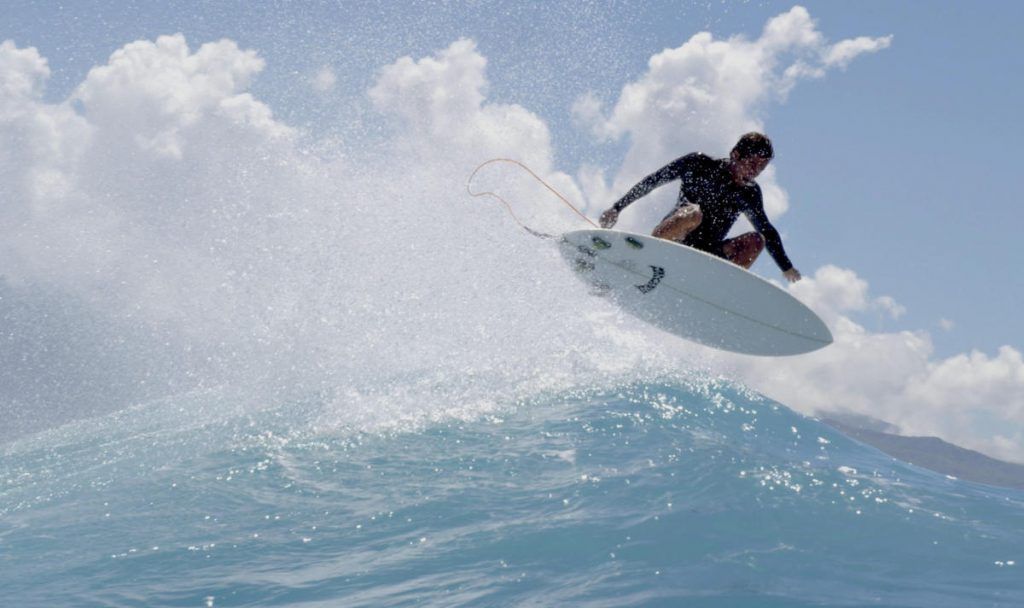 It’s really interesting because surfing’s obviously given me so much and I go to a lot of the same spots and every year I’m going, which is great because you get comfortable, you meet life-long friends. But then there’s always this moment of like wait, what’s Greece like? I really want to go to Italy, I’ve never been to Ireland. Those spots are really attractive to me. I want to go on a surf trip to Chile in South America, I have so many places that I still want to get to; and when I travel a lot, I’m pretty lucky to do that but also I don’t have a lot of room just to go on my own trips because usually for me downtime, I’m not really signing up for another plane flight; kind of enjoy being at home with my family.

And where is home?

Home is on the North Shore of Oahu. I’m right by a wave called Rocky Point, so when the tour comes to Hawaii, I can just walk down the street to the pipe masters which is great. That lifestyle is pretty special.

Keep up to date with Joe Turpel on here and follow along with the rest of the Championship Tour.

Rad Season is providing you with rentals and hotels at the lowest prices available online. Book your stay near Manly, Australia using the map below!