X Games Sydney: The Apex of Action Sports It is the epitome of action sports. An event that embodies what it takes to prevail as world champion in your respective field. The X Games comes to Sydney in the end of October 2018 for the first-ever Australian held event. Superior athletes from around the globe […] 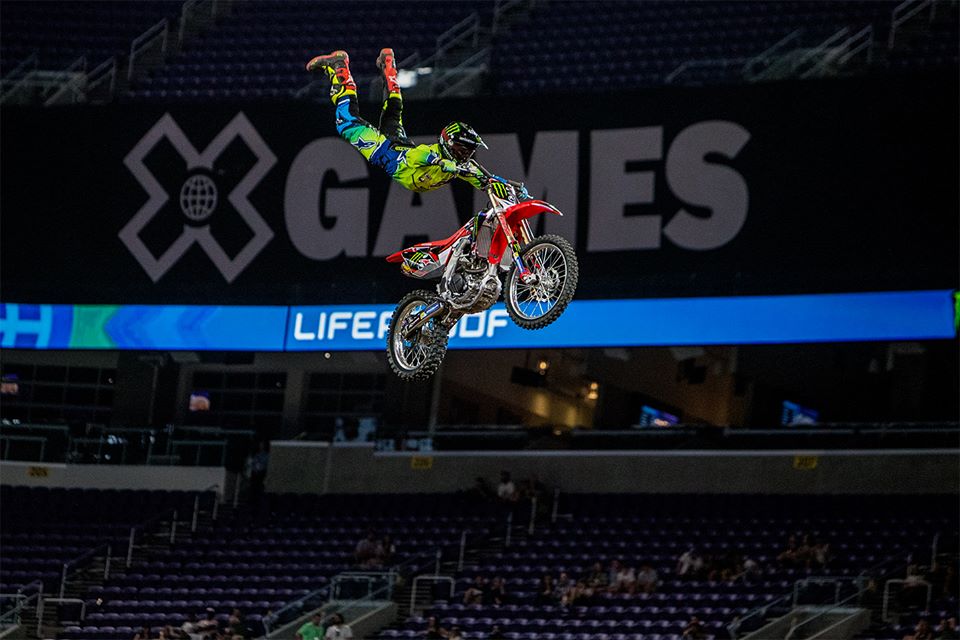 Sign up for more news about X Games Sydney 2018

It is the epitome of action sports. An event that embodies what it takes to prevail as world champion in your respective field. The X Games comes to Sydney in the end of October 2018 for the first-ever Australian held event. Superior athletes from around the globe will take part in high flying, action-filled skateboarding, BMX and Moto X competitions at the iconic Sydney Olympic Park.

Coverage of the extreme sport extravaganza will be delivered in dual partnership by ESPN and Seven West Media. Athletes compete for the best freestyle tricks in an effort to achieve gold, silver and bronze medals. Following the footsteps of X Games legends like Tony Hawk and Torstein Horgmo, young guns look to take the stage and rewrite history.

On top of some of the most awe-inspiring athletic competition comes live music performances, art installations and specialized festival experiences for people of all ages. Australian culture will be deeply embedded at the event with the display of the city’s roots inside the arenas and the festival village.

“The world’s most epic extreme sports event goes down under for the first-ever Australian X Games.”

Where to View X Games Sydney

The X Games will take place at the Sydney Olympic Park. Established in 1996, the entertainment complex was originally built for the 2000 Olympics but has held hundreds of sporting, musical and cultural events.

How to Get Around Sydney

The city of Sydney is very easy to travel around. It contains an excellent train system as well as bus and ferry services that cover nearly all points of the greater metropolitan area. Driving your own car is also a good option due to the massive network of highways.

Most of the tourist attractions are located in the central business district and around the harbour. Check out the Hop-On Hop-Off bus or take a stroll on the streets to truly explore the beautiful city of Sydney.

Where to Stay for X Games Sydney

Because Sydney is so large, the city offers an abundance of lodging options for visitors. The main accommodation hubs are located in the CBD, the Rocks and Circular Quay as well as the surrounding harbours.

Head to the map below for the best hotel deals and all the Airbnb’s in Sydney.

Things to Do in Sydney

Sydney has an endless list of things to do in and around the city. The X Games offers plenty of
fun-filled activities but make sure to check out what the city can deliver as well.

Book your trip to X Games Sydney and experience an event that offers the best of entertainment and action sports competition!

Stay safe: Even the best-laid plans can head south. SafetyWing travel medical insurance can help you stay safe and cover you in unlikely situations as well as that epic road trip or on your next adventure. How to stay safe during X Games Sydney 2018? If you’re not covered for your trip yet, get your quote here.

Rad Season is providing you with rentals and hotels at the lowest prices available online. Book your stay for X Games Sydney 2018 using the map below!

Sign up for more news about X Games Sydney 2018