Matt Burgess, Owner of Evolve Sports and the Founder of Urban Sport Fest brings the best BMX Freestyle Athletes in the World to Australia

Matt Burgess grew up in Newcastle, Australia into a sports mad family. He studied law at Bond University and was fortunate enough to connect his career to sport. Matt started working as an Associate General Council at the ASP now known as the World Surf League. He stayed at the WSL for 13 years and became Head of Sports Integrity.

Bridging the gap between media, sports and entertainment Matt’s knowledge of law, rights holders and sports events he founded The Athena. A golf concept developed while engaged with PGA and (now) WPGA.  Matt later saw a gap in the market to bring the world’s best BMX athletes, action sports lifestyle, music and youth culture to Australia and created the Urban Sport Fest.

Tune in to find out about Matt’s background in law, sports and entertainment and how he is bringing the best BMX Freestyle riders in the world to Australia in December as part of action sports and music festival Urban Sport Fest.

Oli Russell-Cowan: What was the reason for putting on an action sports event like Urban Sport Fest in Australia?

Matt Burgess: So consolidating these action sports and the culture within the sports themselves. Consolidating those rights is a huge opportunity that I think is sitting there. Mainly because there’s a community out there who understand those sports and are a really engaged social community. A really tightly knit action sports community, but also beyond that, a lifestyle sports community. 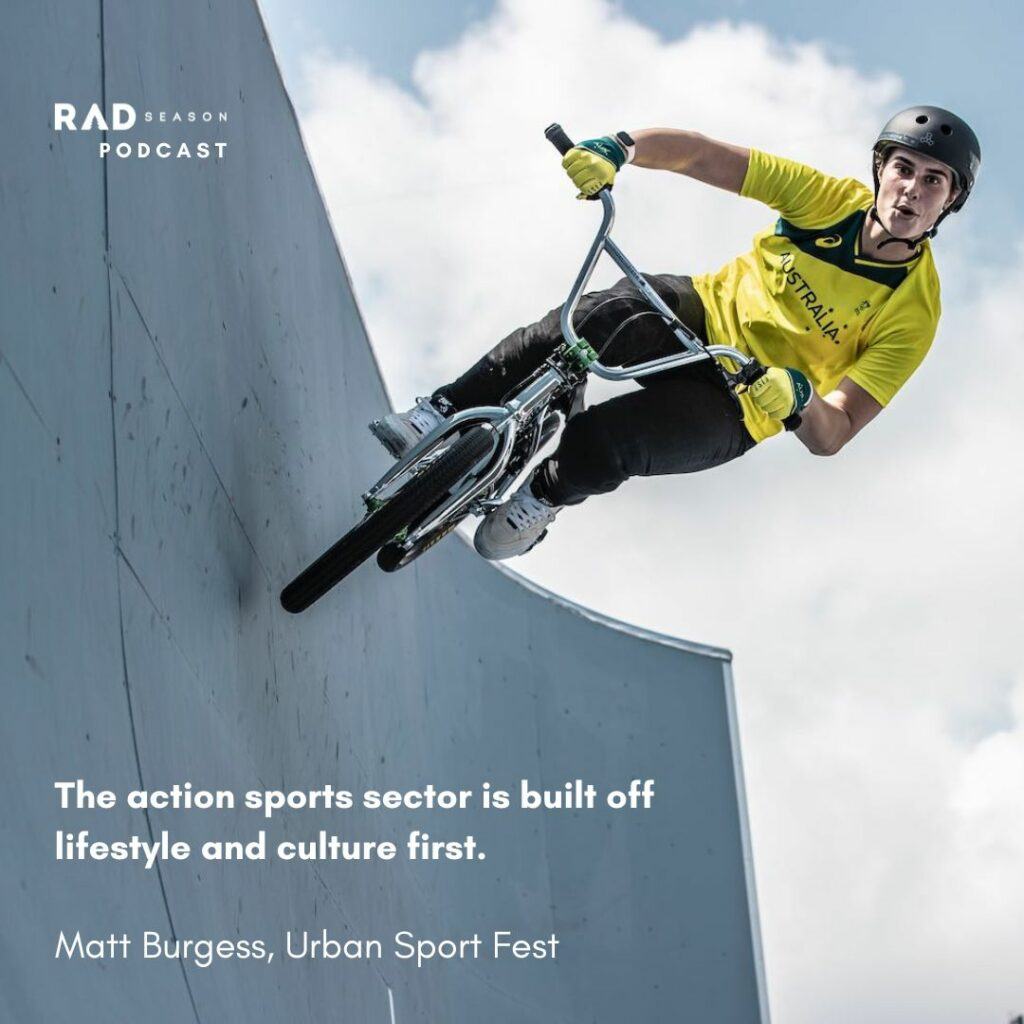 When you have that first, the competition becomes a second priority.

What we saw was how that community can be so tight. They celebrate themselves and their friends when they’re winning. We saw that at the Olympics.

So the idea is that we can really build a consolidation of those cultures and celebrate those sports as they are without even starting to talk about the Olympics yet. Then bring an event together in a space where they can do that safely with friends and family. They can see their heroes, the world’s best at the sport they love.

I think my incentive around Urban Sport Fest is essentially making sure we can provide a place for these competitions in sports to celebrate the cultures that they represent.

We’ve got a lot of growing to do. But right up front, we’ve got a fantastic opportunity, which is why we did it in the public funding that’s available now from the Olympics stimulus.

Everyone saw the fantastic energy that you get out of these sports, and it brought the Olympics back to life. So we have that now, particularly from the Australia public perspective.

We’ve also got the private sector. We’ve got the brands and the athletes who have held the sports up for so long on their own back, able to provide and get return in an event space, which is not eligible for sponsorship. Obviously they get involved, we’re able to deliver a really tangible benefit back to them as an event. 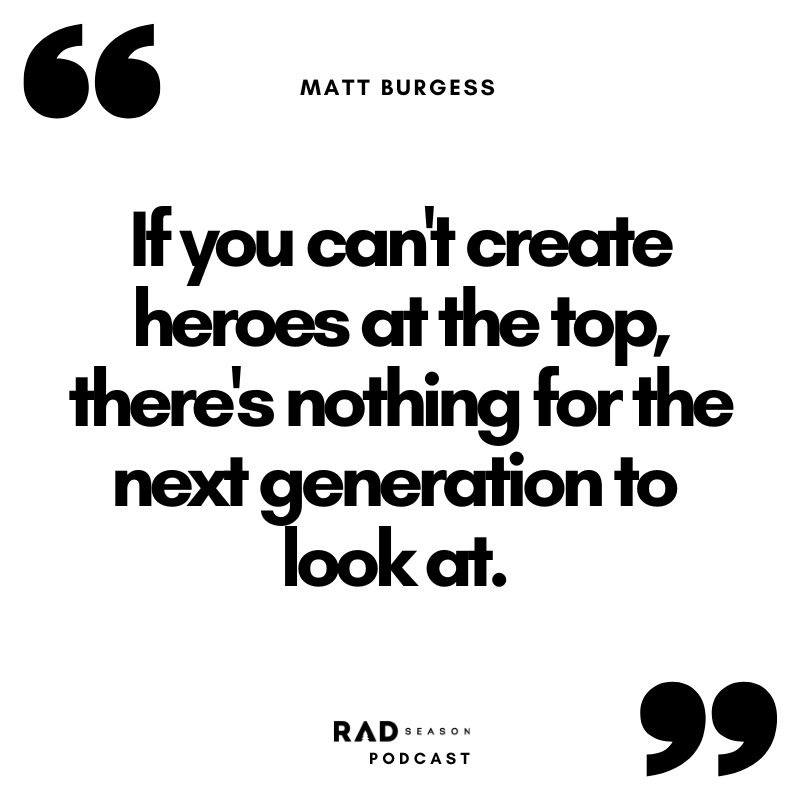 I feel like the time is right for that kind of thing. The event itself came out of a pretty significant opportunity that was built off a strategy for 2032 Olympics that we did last year. There’s a lot of really nice alignment there to make sure that there’s a tangible return to high performance community and world class events leading into 2032.

Oli Russell-Cowan: There’s a whole runway for the next 10 years leading into Brisbane.

Matt Burgess:
Yeah, there’s a full strategy from the Queensland Academy of Sport perspective and a 2032 Brisbane perspective.  We need to look at the next 10 years and figure out what we can do. I’m not engaged directly but I’m building an event that certainly satisfies that. We’ve aligned really well with that strategy, because we drafted it. Now we’ve got to implement it.

There’s absolutely a 10 years quality runway of world class events, high performance and ability for the community of these sports to come together and celebrate the sports that they love. That’s why the music’s there.

I don’t think you can have a proper sports event we’re looking at without an equally important music element. So there’s a sports programme and a music programme, that we’re going to be marketing absolutely equally.

The benefit is we’re going to have a quality career pathway opportunities outside of that for the sport side with potential Olympic inclusion as a qualifier. We’re definitely in the right seat to be saying, hey, look, if we want opportunities for our kids in Australia, we are building world class opportunities.

You can find out more about USF on their website urbansportfest.com and grab you tickets here.

Rad Season is providing you with rentals and hotels at the lowest prices available online. Book your stay near Gold Coast, Australia using the map below!