Cinco De Mayo: A Magnificent Celebration of Mexican Culture Cinco De Mayo, translated as ‘5th of May’, is an annual celebration observed in areas of the United States and Mexico; and one of Rad’s top worldwide festivals in May. Commemorating the Mexican Force’s victory over the French Army at the Battle of Puebla, the day […]

Cinco De Mayo, translated as ‘5th of May’, is an annual celebration observed in areas of the United States and Mexico; and one of Rad’s top worldwide festivals in May. Commemorating the Mexican Force’s victory over the French Army at the Battle of Puebla, the day is often celebrated with ceremonial events such as military parades and battle reenactments.

Often mistaken for Mexico’s independence day, Cinco De Mayo is in fact, only celebrated in the Mexican city of Puebla; where the unlikely victory against France occurred. A range of festivities take place throughout the state capital, however, the celebration is not nationwide.

The Cinco de Mayo Parade is one of many events that occur throughout the annual celebration. A civic parade with over 20,000 participants features everyone from school children to members of the military, as well as a number of floats.

The International Mole Festival is a new addition to the historic tradition. Held for the first time in 2012 as part of the festivities in Puebla, the event celebrates mole poblano; a unique version of a spicy/sweet and rich sauce from Puebla. The festival features culinary discussions, exhibitions and even tastings; and is led by regional, national and international chefs.

‘Not to be confused with Mexican Independence Day in September, Cinco De Mayo is an all-out celebration of Mexico’s culture and resilient people.’ 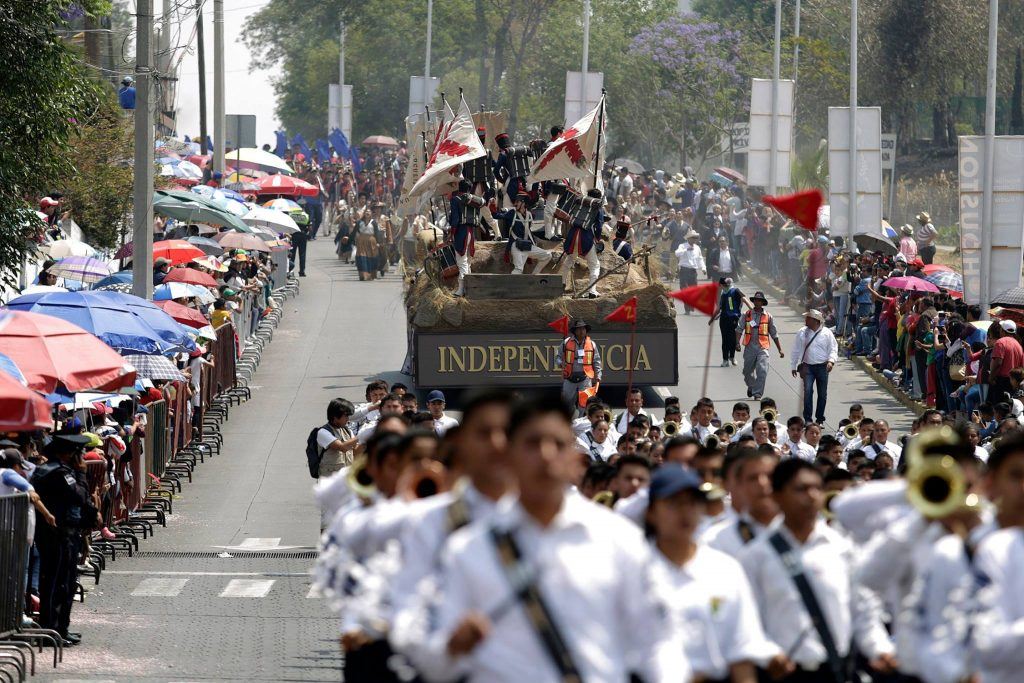 Your experience at Cinco De Mayo

The holiday is really only celebrated in Puebla, which is where the battle took place years ago. If you find yourself in other parts of Mexico on this day chances are no one will really be celebrating.

However Cinco De Mayo in Puebla is an all-out celebration with parades and epic battle reenactments. The civic parade is filled with school children, students, military and other citizens featured in the parade.

Be sure to bring an appetite and prepare to quench your thirst with the local poblano dishes and drinks. Although the celebration is officially just for one day, the city of Puebla has extended the celebration for almost three weeks and features cultural arts with concerts, theatre performances and dance exhibitions. If you can, get there a few days early to experience the full taste of Puebla!

Celebrate Cinco De Mayo annually in the Mexican city of Puebla. The UNESCO World Heritage site is the fourth largest city in Mexico, and located just a few hours from the nation’s capital; Mexico City. The Parade is one of many official celebrations, often takes place along Boulevard Cinco de Mayo. 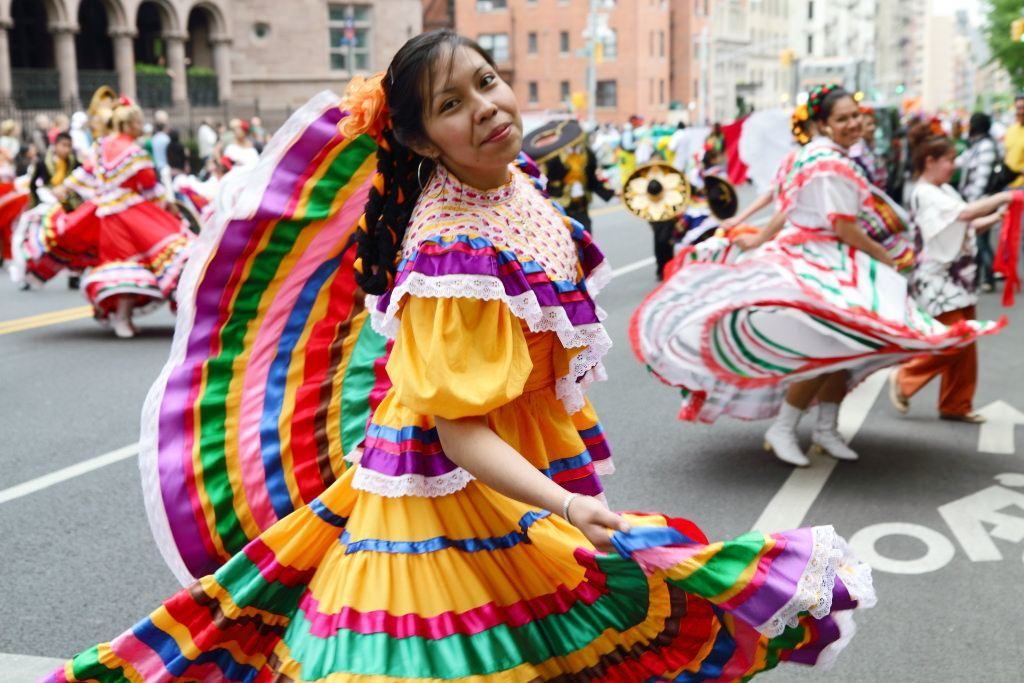 It gets pretty hot and humid even in the springtime in Mexico. It’s best to pack cool clothing and comfortable shoes to walk around the city. Wear bright colors, flowers and ruffled off the shoulder tops to fit right in!

Sunscreen, water and a hat are all good things to bring to this warm springtime event. A portable charger is also smart to pack and comfortable walking shoes.

There are no tickets for this event however it would be in your best interest to get their early for a solid viewing point. Exchange your money for Mexico currency and be prepared to fill your pockets and bags with authentic souvenirs.

The parade begins at 11 am and will go for the majority of the day. Be sure to stake out a spot on the boulevard for a nice view of all the action celebrating the Mexican victory.

Check out the city: Don’t be afraid to go sightseeing and exploring in the city center

Don’t miss the church: Head to Plaza de Armas for one of the world’s tallest church towers

During the Mexican-American war in 1861, England and Spain withdrew their forces yet French troops were not having it. The following year, the French force attempted to conquer Mexico City but were faced by 2,000 Mexicans under General Ignacio Zaragoza just outside Puebla on May 5, 1862.

Funny enough, the celebration is not so much as a holiday than it is in America. Other than an all-out taco and tequila day in the U.S., it is a day that allows Mexican-Americans to promote their cultural identity within their community. Today Cinco De Mayo is the celebration of Mexican pride and the fact that their people overcame all odds to defend their capital. 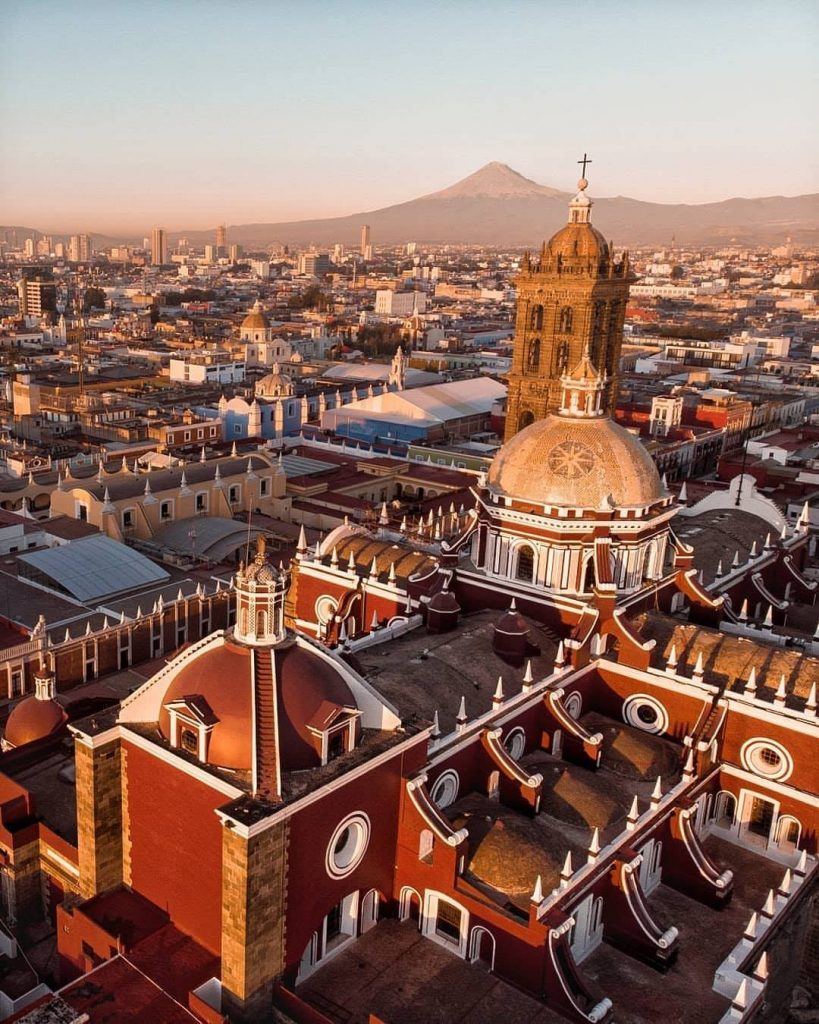 Things to do in Puebla

A number of attractions and must-do activities are available throughout the historical center of Puebla. A visit to Puebla should definitely kick off with a walking tour of the city, where visitors can explore the World Heritage site. Tour starting points often take place in The Zocalo, the main city square that features green spaces, statues and monuments.

Popular attractions include the Palafoxiana Library – the oldest public library in the Americas; and The Rosary Chapel in Santo Domingo – a stunning 15th-century church. Frequented museums include the Amparo Museum, the Baroque Museum and the Religious Art Museum in the Former Convent of Santa Monica.

Located just a few hours from Mexico City, Puebla lies near the Popocatepetl and Iztaccihuatl volcanoes. It is also a short ride away from Cholula, the world’s largest pyramid; which is partly hidden inside a mountain and features a church at the top.

Puebla is also one of the most recommended places to purchase Talavera Poblana. While purchasing the unique pottery is almost unavoidable, visitors can also take part in official Talavera workshops; where master artisans can showcase the unique creation process.

What to eat in Puebla

Make sure to sample some authentic Mole Poblano; a unique version of a traditional spicy/sweet sauce from the city of Puebla. Another popular local dish is Chiles en nogada; poblano chiles filled with a mixture of shredded meat, aromatics, fruits and spices.

This dish is a source of pride for the locals in Puebla and should definitely be sampled during your visit.

Instead of your typical Mexican celebration with Tequila, Cinco de Mayo is celebrated by drinking a central Mexican beverage called Pulque. The distinctive alcoholic drink is made from the fermented sap of the agave plant and has a relatively low alcohol content.

Make sure to try this traditional drink while you celebrate.

The Puebla airport, Hermano Serdan International airport is about 45 minutes outside of the city. There are flights from Houston Texas and other Mexican cities.

Where to stay in Puebla

To celebrate an authentic Cinco De Mayo experience in Mexico, visitors should definitely stay in the city of Puebla. A number of accommodation options are available, ranging from hotels to Airbnbs. You can explore a range of affordable nearby options below. Bus, taxi and hotel pickups can be arranged in advance.

Buses are also available from other major cities and towns, such as Oaxaca, Veracruz and Xalapa.

Traveling around Puebla and neighboring areas is easy thanks to the frequent public transport system. A number of buses are available throughout the city, and the main bus terminal offers affordable trips to nearby cities and attractions.

The Puebla-Cholula Tourist Train offers a direct 40-minute route between the city and the popular attraction and is both bicycle and wheelchair accessible. Taxis are also a popular, safe and affordable option to get around the city.

Do you enjoy cultural events? Read more about the Day of the Dead (Dia de los Muertos) in Mexico and San Sebastian Street Festival in Puerto Rico.

Plan ahead: Book your perfect trip with our Mexico travel guide and destination information. Does Mexico require a visa? Check the visa requirements before you get caught up during your travel.

Stay safe: Even the best-laid plans can head south. SafetyWing travel medical insurance can help you stay safe and cover you in unlikely situations as well as that epic road trip or on your next adventure. How to stay safe during Cinco De Mayo 2023? If you’re not covered for your trip yet, get your quote here.

Spend money wisely: Take public transport and dine in from time to time are common saving tips during traveling. How to spend money wisely in Mexico? Make use of technology. There’s an app for everything. 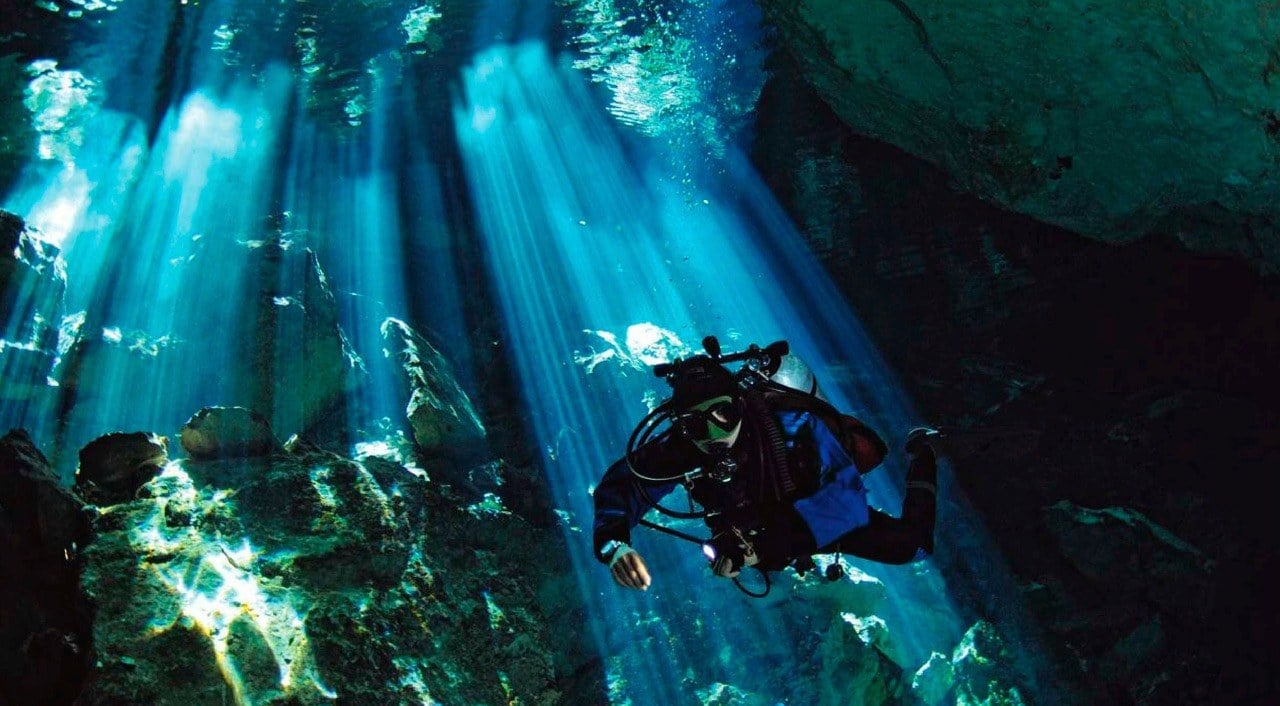 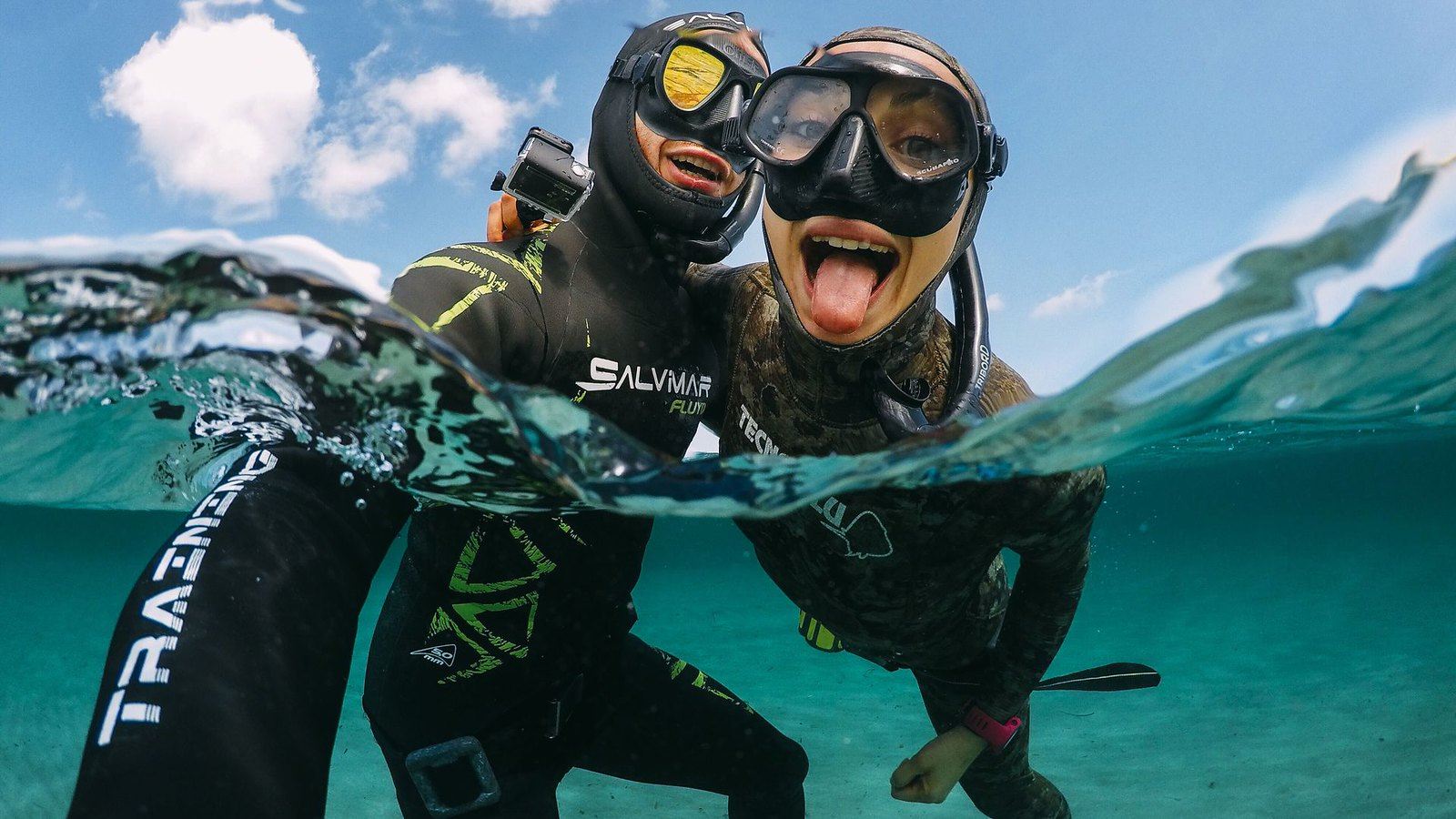 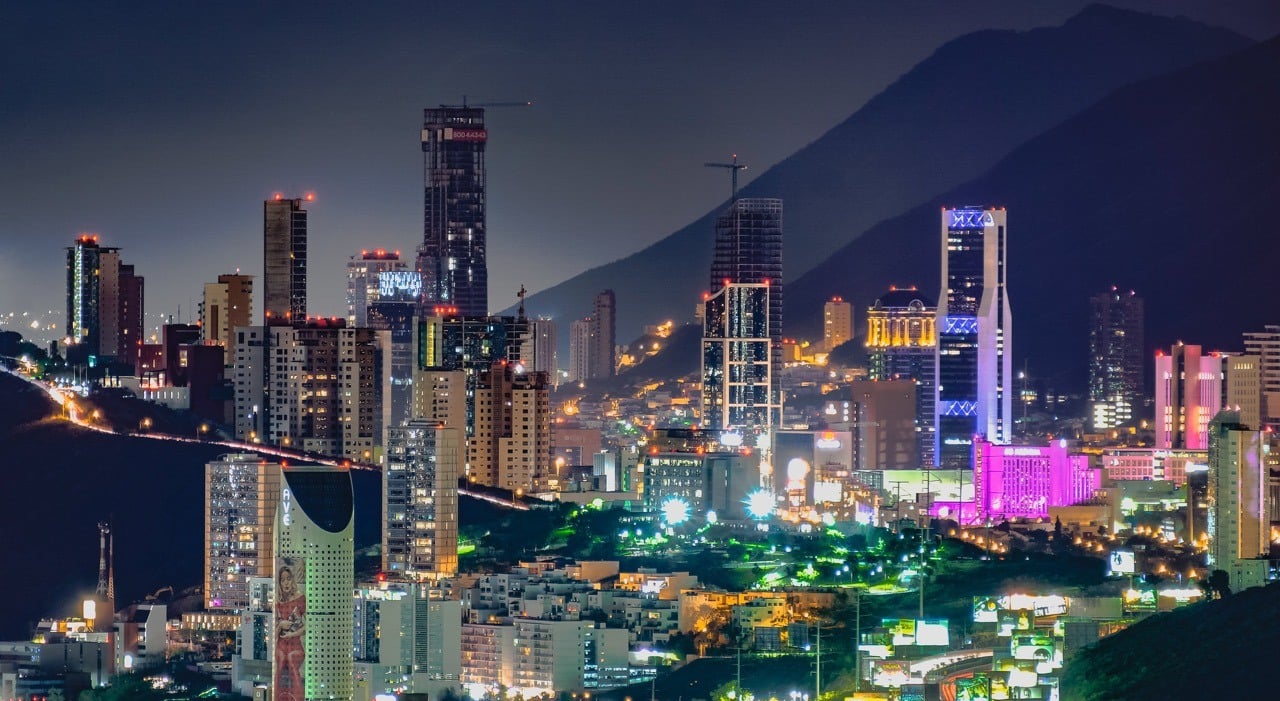 5 Rad Things To Do In Monterrey Mexico

Rad Season is providing you with rentals and hotels at the lowest prices available online. Book your stay for Cinco De Mayo 2023 using the map below!

Sign up for more news about Cinco De Mayo 2023