10 Of The Best Music Festivals in Australia 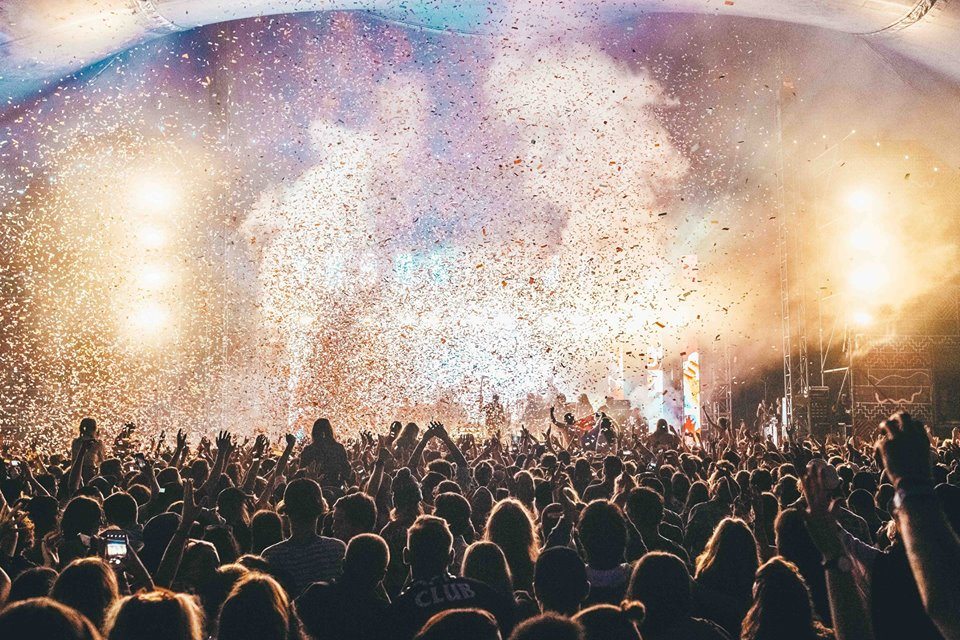 Rad’s rundown to the best festivals in Australia in 2019

In our quest to uncover the land’s finest festivals in dance, music and culture there are definitely some obvious choices which are on our list. We’ve gone a step further though because it’s all about memorable experiences and there are so many outside of the predictable metropolitan areas that we think are worth the trek. Here’s our pick for the best festivals in Australia this year.


Since its Sydney debut in three years ago, the grasp of Electric Gardens stretches up to Brisbane, out to Perth and down to Melbourne and across the Tasman as it hosts its inaugural event in Auckland.  It’s 18 year history cements it as one of the premier festivals of the year in a spellbinding visual spectacle across four stages (Main Stage, Amnesia, Quantum Arena and The Hangout.  This year, legacy acts Paul Van Dyk and SIGMA lead the charge of high profile electronic music producers and DJs as the sound waves are filled with melodies and beats of contemporary underground tech, house and electronica.

Snowtunes is one of the only festivals in Australia in the snow that comes alive by Lake Jindabyne running for two nights across two main stages usually in the last week of August/ first week of September. At the time of writing, the lineup is still not confirmed but its definitely something worth thinking about if you’re planning that next ski trip anyway.

Now in its fifth year, it clocked in 10,000 people dancing by the flames. Last year saw the DJ swagger with the likes of Confidence Man, Thundamentals, Pacific Avenue among the dozen of local and international guests heading the lineup.

Big Red Bash is one of the remote festivals in Australia and if ever there were a rock flavoured answer wanting to back answer Burning Man, the potential is here. Just 1700km inland from Brisbane, 1200km from Adelaide (though this takes longer to drive than from Brissie) and take about the same from Darwin which 2322km away.

Its a mission – you’ll  be on open road alone for hours but when you finally get there you’ll fall in love with the long queues into the sand dunes of the Simpson Desert because your’e so starved for affection from human contact, you can smell it, you can taste it and you know the lineup will be epic. Obviously you’ll be setting up camp so plan accordingly as you roam the plains with this year’s line up including Midnight Oil, Living End, Kasey Chambers, Richard Clapton, Wendy Matthews, Neil Murray and Dale Ryder (ex-Boom Crash Opera) just o name a few!

Travel in packs, because if you’re going to die in the dessert when your old bomb gives out through that nasty drive, at least you wont be alone. Better yet, break up the road trip and explore the inner guts of Queensland’s most friendliest towns.

It celebrated its 20th anniversary last year an the debut in Sydney and Melbourne this year. The promise is a provocative one as Ultra Music Festivals are in 28 countries across 6 continents with new ones still being added each year, commanding some of the most elite and coveted DJ lineups in history.

Furthermore, they pioneered the live streaming of events attracting over 1 billion listeners in the last 5 years, with their syndicated radio platform heard in 62 countries with a weekly audience of 22 million.


Few if any festivals run for 6 days, but the good thing about this one is the focus on regional locations nationally (bar Northern Territory and Tasmania, but still, you get our drift).  It’s described as a rite of passage for many in the rural settings this multi-venue event takes place, a smaller re-incarnation of Big Day Out.

Like several others on this list that are away from the metropolitan hustle, a clearer community vibe of local hospitality couches the eclectic atmosphere of rock, hip hop and dance.

The full lineup is announced on 30th January, in the meantime, you can listen to their Spotify Playlist for a teaser. 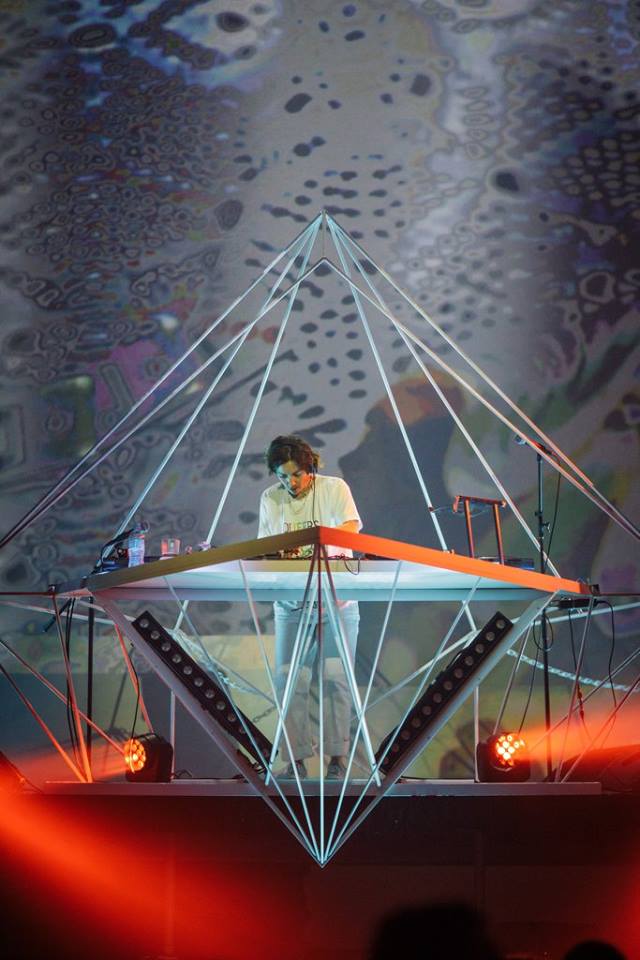 Celebrating its 11th year marks the permanent relocation from Hobart to Launceston.  As part of the transplant across the island, Tourism Tasmania have dressed an entire aircraft with their own bespoke airline, ‘Air Mofo’ that will fly selected competition winners for free from the main island to its new home. A music, exhibition and cultural spectacular is planned with headlining acts including Courtney Barnett, Neneh Cherry, Underworld, Mulatu Astatke, Oneohtrix and Point Never.


Worlds collide as you immerse yourself in the magic of Rainbow Serpent. Venturing through the grounds are factions of live music in the ‘little top’ tent, a solar powered cinema, a village of yoga and wellbeing workshops, a sacred indigenous zone and a sweat lodge.

The standard of the lineup is one of the most superb on this list, with a string of local and international acts including some of our favorites – 3 of Life (Netherlands), Way Out West (UK), Yuli Fershtat (Israel)  and Atacama (Germany).  We counted 150 sets from the UK, Europe, USA, Canada and homegrown locals during  which was still being added to at the time of writing.

This year registration on their site is compulsory before punters can purchase tickets.

100,000 people over five days with sets and performance running for twelve hours non-stop. If you’re thinking about it, lock in Byron Bay Bluesfest now because they can only accommodate 6000 on the camping grounds on this 120 hectare Tea Tree Farm.

What you see is what you get, no gimmicks here just an authentic assembly of over 200 performances in rhythm, blues, folk and country. Its a lineup that is too massive to namedrop favorites and headlines


Tickets are available for single days, three or five and with or without access to camping grounds

This was meant to be the hope of Stereosonic fans still grieving from its demise four years ago. Its debut was announced and then postponed to this summer due to schedule clashes in artists availability.  It’s bad because last year was pushed back, but it’s good because clearly who they were after are in-demand. So when it does finally take of this year, expect them to put on a show announcing their arrival!

The organizers are seasoned industry pros who have toured some of the biggest names in the world including Swedish House Mafia, Diplo and Major Lazer, Tiesto, David Guetta, LMFAO, Armin Van Buuren, Disclosure, Avicii, Afrojack, Above & Beyond and more, setting national records.  So expect a lineup of class acts and take a chance if you’re looking for something new and want to get in there first.

You can register with their site to stay informed as details and announcements become available. 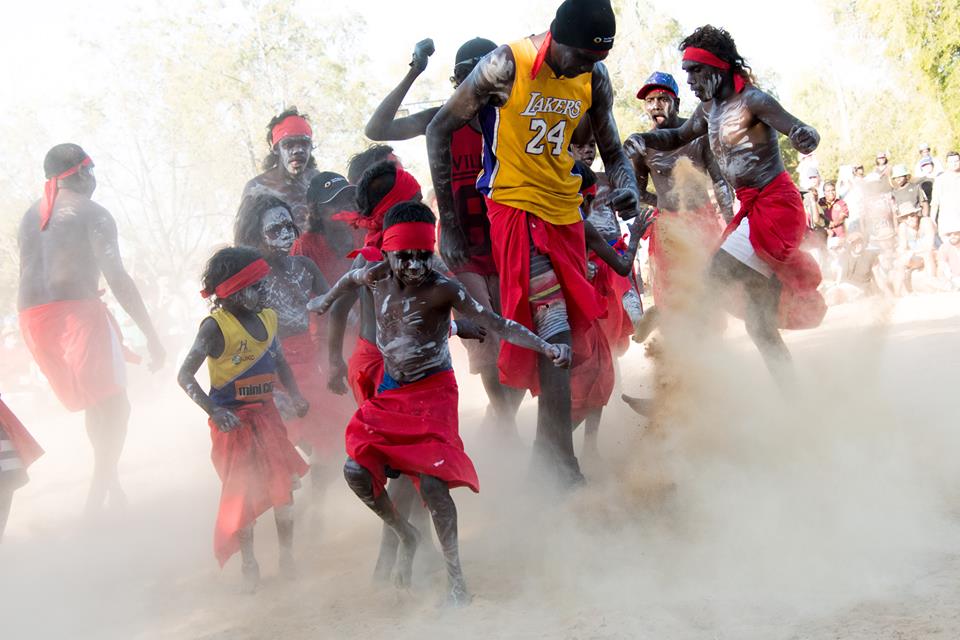 It’s a celebration of the best of Indigenous culture as 4000 people camp on site and take part in the festivities encompassing music, sport, traditional arts and cultural activities as guests are welcomed by the land’s traditional owners. This was the setting where the political origins gave the inspiration for Yothu Yindi’s hit song, ‘Treaty’.

Wherever you are, whatever you’re in to, those memorable moments you will always look back on will start at one of these places!  Party hard, Play safe, stay RAD!

Rad Season is providing you with rentals and hotels at the lowest prices available online. Book your stay near Australia using the map below!

Joe Lloyd is always in search of the ultimate party, undiscovered destinations and enjoys a good cocktail. His secret to a good life is to not take things so seriously - "every ending is happy, if your'e not happy, it's not the end".