Wife Carrying World Championship 2023: Finland’s peculiar athletic race is sure to test a relationship An outlandish trust exercise for some or exciting honeymoon to others, this event entices representatives from around the world to compete in groups of three couples at a time around an epic sand track filled obstacle course, which includes a […]

An outlandish trust exercise for some or exciting honeymoon to others, this event entices representatives from around the world to compete in groups of three couples at a time around an epic sand track filled obstacle course, which includes a deep water pool.

The Wife Carrying Championship is considered one of the 7 most bizarre ‘feats of strength’ events in the world, the championship last year attracted 80 competitors that headed to the small town of Sonkajärvi, Finland armed with only a helmet and belt to help them cross the finish line.

It’s not that big a deal these days if you haven’t found ‘the one’ yet or gotten married! The rules say that entrants must carry their wives or their neighbors, we guess partners and friends must be allowed. The designated ‘wife’ has to be at least 17 years old and weighs in at a minimum of 49 kilograms. If the designated ‘wife’ is lighter, she must carry a weighted rucksack, given to her by officials. 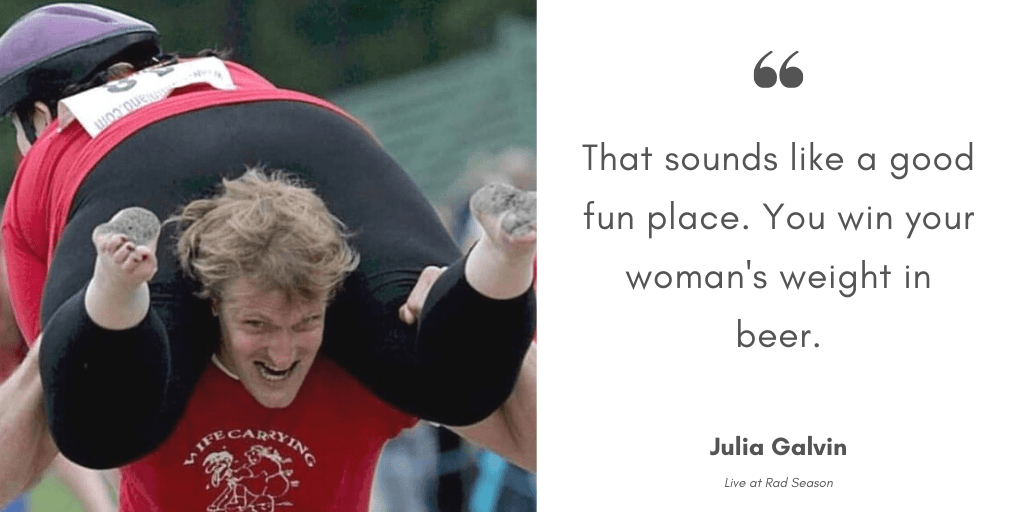 For this great feat of strength, the world champions win the equivalent of the wife’s weight in beer, a bag full of wife-carrying merchandise and an official logo statue. With special prizes for second and third couples as well as the most entertaining couple, best costume and strongest carrier, your day is filled with entertainment for both contestants and spectators.

The competition is also catching around the world.  Australia, the UK, USA, India, Hong Kong, and Germany, now hold their own versions of this freakish event.

‘Inspired by historical wife stealing traditions, watch as men carry their costumed wives around obstacles to win their weight in beer.’ 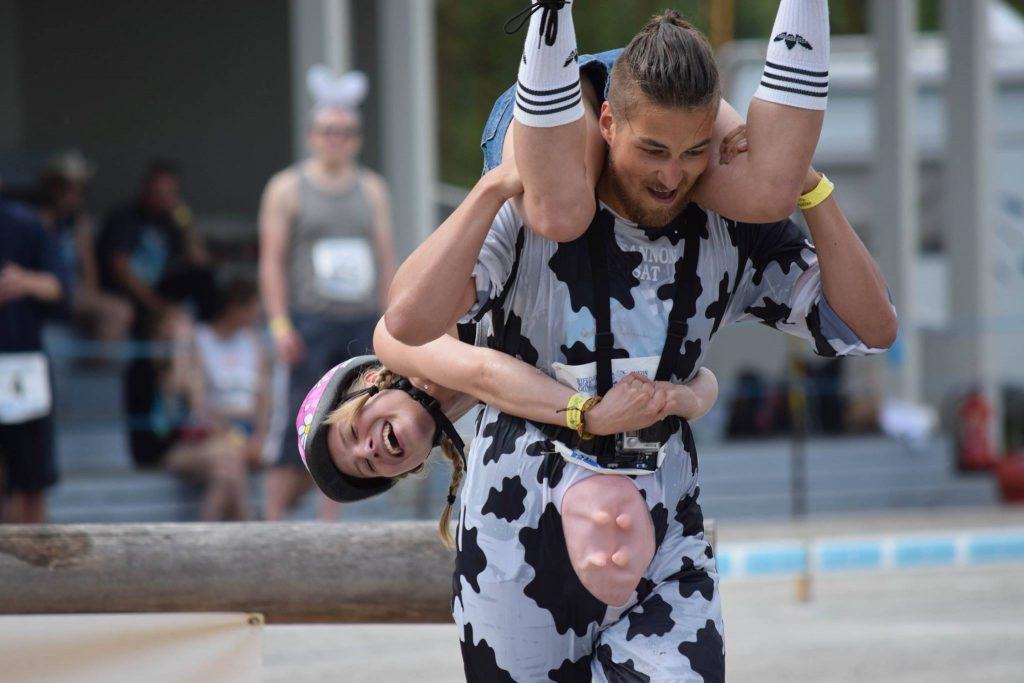 Your experience at the Wife Carrying Championship 2023

Feeling more like a festive party than a race, there are lots of activities to keep the crowd amused. There are many karaoke competitions, while competitors are paraded with flags and fanfare to their starting positions and costumed officials scurry about. Entertaining commentary by microphone is provided for the entire wife carrying race, ensuring spectators do not miss a thing.

Expecting just the official championships, it’s surprising to find that there is also a “Team Wife Carrying Relay”, which is where three men race, using one wife as the baton! While some competitors are looking nervous and wondering what they got themselves into, there are many high-level athletes taking up the challenge, including Olympians, marathon runners and seasoned decathlon competitors.

This ensures an interesting mix of abilities for the race and ample amounts of laughter can be heard coming from the crowds.

With seating encircling the entire obstacle course, measuring 253.5 meters in total, there is excellent viewing available for all of the crowd. This is a paid event, with a 50 Euro fee to enter the race. However, once you have run the race, you can stay and watch for no additional fees.

Competitors also receive a merchandise bag that includes an official logo t-shirt, “all access” wristbands and race numbers to attach to clothing. There is a spectator fee, which is paid at the entrance to the arena. 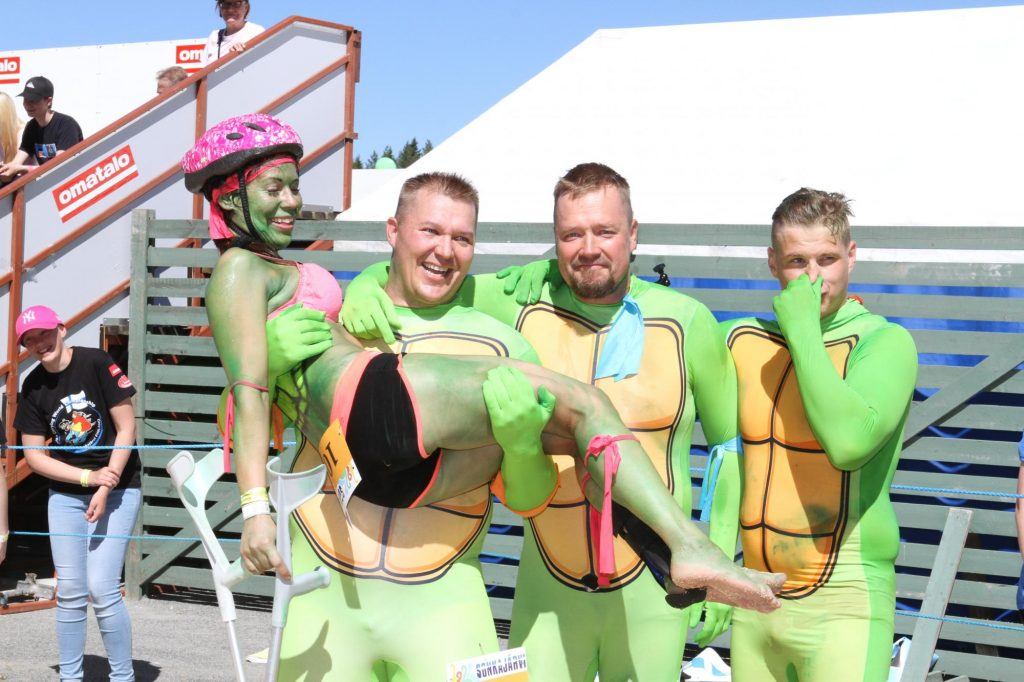 While most contenders wear t-shirts and shorts, we encourage costumes while racing. All wives must wear a helmet, you can bring your own, or there are some available to use at the race site. Since it’s the middle of Summer in Finland, t-shirts and shorts are quite suitable, but some days can still be chilly.

Courage
GoPro – because you don’t want to ever forget this race!
Waterproof mobile phone case
Sunscreen and hat
Towels and a warm sweater
Your best “husband and wife” couples fancy dress costume

You can buy spectator tickets on the day at the venue. Competitors can sign up via their online portal on the official championship website. Meet the friendly faces at the registration desk on the day to pay your 50 Euro fee. 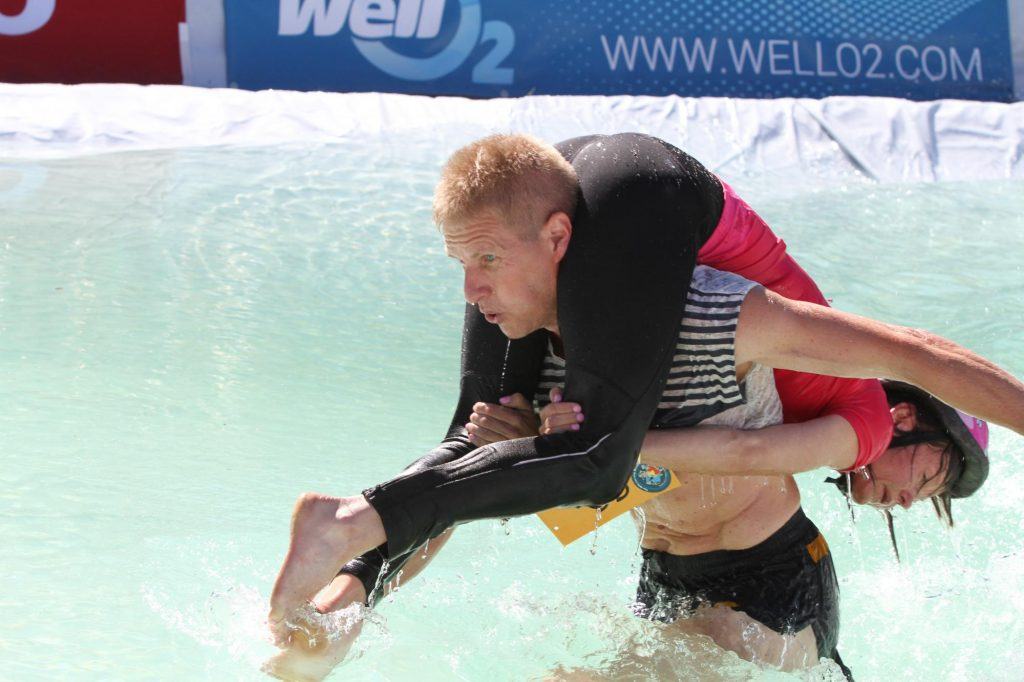 The Wife Carry Championships 2023 is a two-day festival involving the whole town.

On Friday, the festival kicks off with “Wife Carrying Karaoke” from 9 am, which is also registration time.  At 12 pm the opening of the traditional market square starts, followed by music activities for children.

A team relay challenge takes place at 2 pm in the market square and karaoke semifinals, as well as wife carrying sprint, continues at 7 pm, followed by an epic over 18 dance party in the evening.

If that’s not action-packed enough, Saturday is when the official championships take place. From 9 am there’s more karaoke, tractor parade, children’s music activities, and wife carry team competition at 1 pm.

The arena then opens for the Wife Carrying Open Ceremony and Parade. Then its kick-off time at 2 pm for the championships, followed by the awards ceremony and yes, another evening dance party for over 18’s.

Check the course before: If you are early, you can take a walk around the obstacle course for yourself.

Drink beer: A lot of fun seems to happen in the “Beer Terrace” throughout the festival, with some more “wife carrying” themed beer drinking events added to the mix.

There are various types of carrying your wife for an efficient race experience: 1. piggyback over the shoulder, or 2. the “Estonian” method, which seems to be the most popular way that entrants go about it.

The Estonian way involving the woman hanging down the man’s back with legs out front is widely considered the most efficient as it’s a more streamlined position and leaves the man’s arms free for the sprint.

Complexity is added to the relay races by the fact that the man must chug down a local beer right before the wife “baton” is exchanged and he continues his leg of the race.

Many competitors believe the pool is deeper than one meter.

There are three ideas as to why this sport was invented.

Back in the day, in the latter half of the 17th century, there happened to be a villainous character named Rosvo-Ronkainen, who had a gang.  You could only be a member of this gang if you survived a challenging obstacle-ridden route that he had picked out.

The second suggestion is that of one village would take part in stealing already married women from neighboring villages. It’s hard to believe that theses scenarios were once a normal occurrence, but the legends survive today.

Lastly, is the idea that Rosvo-Ronkainen trained his gang of thieves buy getting them to carry heavy bags on their backs, so only the strongest and fastest would survive, which evolved into today’s sport.

The legend goes that the treacherous track the thieves would compete on was a rocky, boulder ridden terrain with water-filled brooks running through it.  Today’s version of the race, which is much more sedate and fun, was first run in 1992 as a small-town event, where the winning couple won the wife’s weight in beer.

Did you know that Finland is the happiest country in the world? They have won it twice!

Things to do in Sonkajärvi

Sonkajärvi promotes an array of cultural and outdoor activities suited to the arts and nature lovers. Delve into the interesting history of Sonkajärvi at its historical industrial ironworks of Jyrkkä or take up hiking to the nature trail called Volokinpolku.

Nurmijoki is an area nearby which is great for trout fishing and canoeing along the rapids of the river. Sonkajärvi is also home to The International Bottle Museum gives an interesting insight into the cultural history of Finland and its relationship to the rest of the world.

There is also a chamber music festival Sonkajärvi Soi in the Summer. The festival has been going for 20 years and many of Finland’s best musicians have performed there.

The festival aims to promote a high artistic standard and unprejudiced selection of concerts, while it advocates classical music, it promotes general interest in music to all audiences.

Are you extending your stay in Finland? It will be worth it. 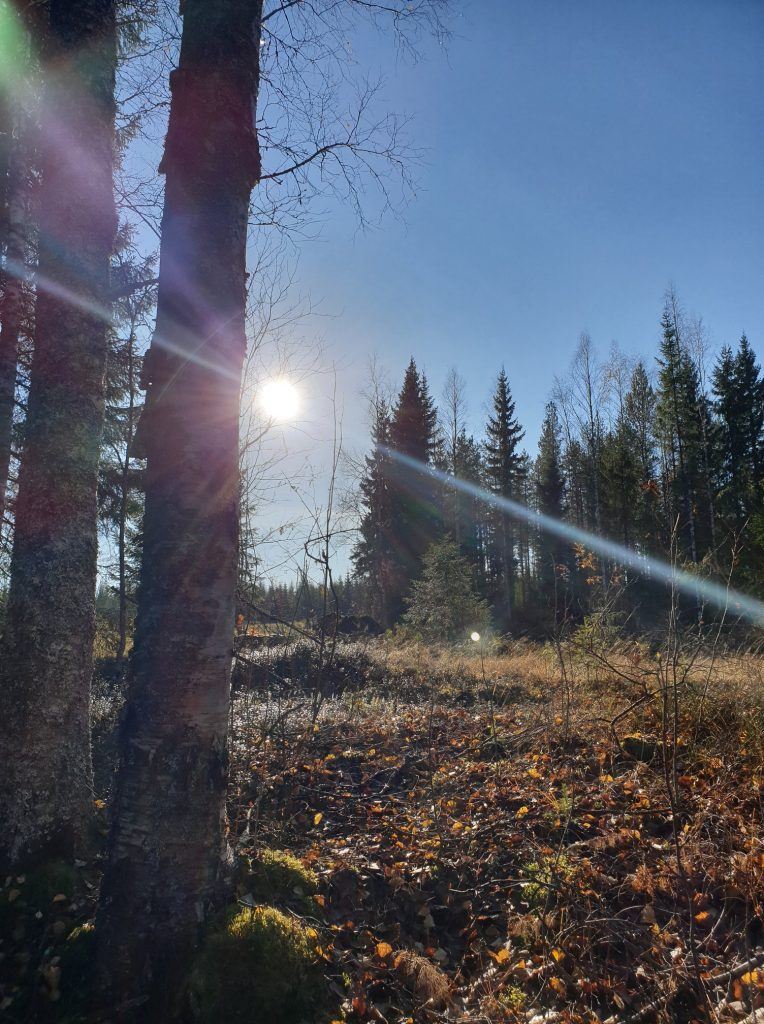 What to eat in Sonkajärvi

Like many other European countries, you can expect to find excellent coffee, pizza restaurants, clubs and inns. The area is a wonderful fishing spot with delicious trout, vegetables and salads on offer at the lakeside terraced restaurants. They are open from May- September.

A Finnish delicacy is the local freshwater fish Vedance or “muikku”, it costs around €16.90. Try it when you visit. These small rye flour breaded fish are fried till they are crispy in butter and served on top of mashed potato.

Sonkajärvi is a small municipality (pop. 4247) situated in Northern Savonia province in Finland. The nearest cities to Sonkajärvi are Iisalmi (25 km), Kajaani (75 km ) and Kuopio (105 km).

From Sonkajärvi you can find accommodation for the weekend: a place to crash for the night, grocery store, restaurants etc. For bigger markets and shopping possibilities it is only 15 minutes to Iisalmi.

Nearest airports are in Kajaani and Kuopio. If you are using public transportation, the most convenient way is to take a train to Iisalmi and carry on from Iisalmi by bus to Sonkajärvi.

There is a variety of accommodations to choose from including camping, youth hostels, a spa retreat, hotels and iconic Village House accommodation, and local inns, which provide an authentic local experience.

The holiday cottages very close to the arena, as well as an accommodation and berry farm experience close to town. Keskikosken Lomamökit has its own private beach, saunas and a hot tub, perfect to recover after the race.

You also find a number of hotels, cabins, guest houses and apartments close by in Iisalmi.

As it is a small town, you can walk between venues, or you can rent a car, there are no parking fees in the town.  There is a bus service into town from Iisalmi. As there are many “beer themed” events, this may be the easiest and safest form of transportation.

The championships are an event you will never forget.

Do you want to know more about Weird Sports?

Julia Galvin, the Queen of Weird Sports has competed in strange sports competitions for over 20 years. She competed at wife carrying in Finnland and China. With alternative games, there’s a sport for all. She went from cripple to champion in the space of a couple of years. Rad Season Founder Oli Russell-Cowan chats to her about some of her best stories from the events, recovery after injuries and her favorite weird sport. 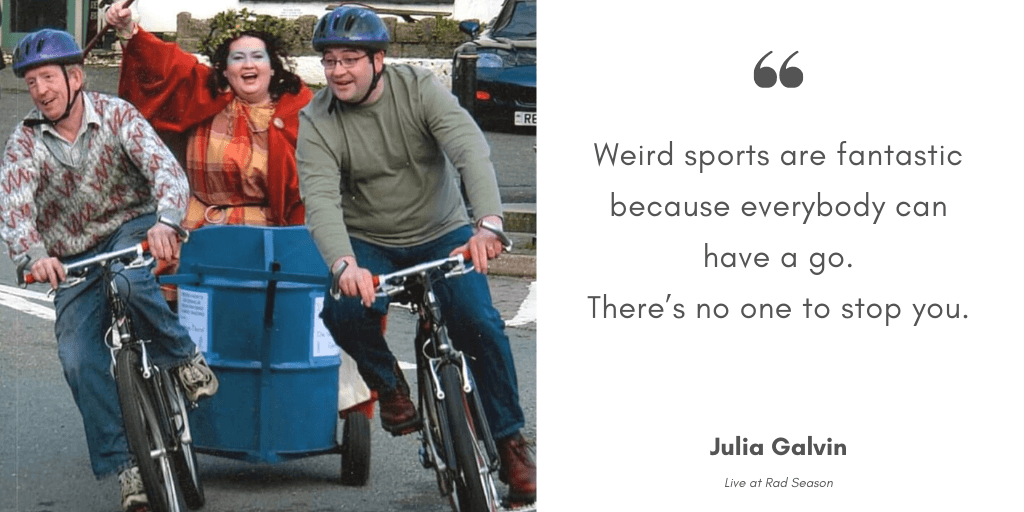 Plan ahead: Book your perfect trip with our Finland travel guide and destination information. Does Finland require a visa? Check the visa requirements before you get caught up during your travel.

Spend money wisely: Take public transport and dine in from time to time are common saving tips during traveling. How to spend money wisely in Finland? Make use of technology. There’s an app for everything. 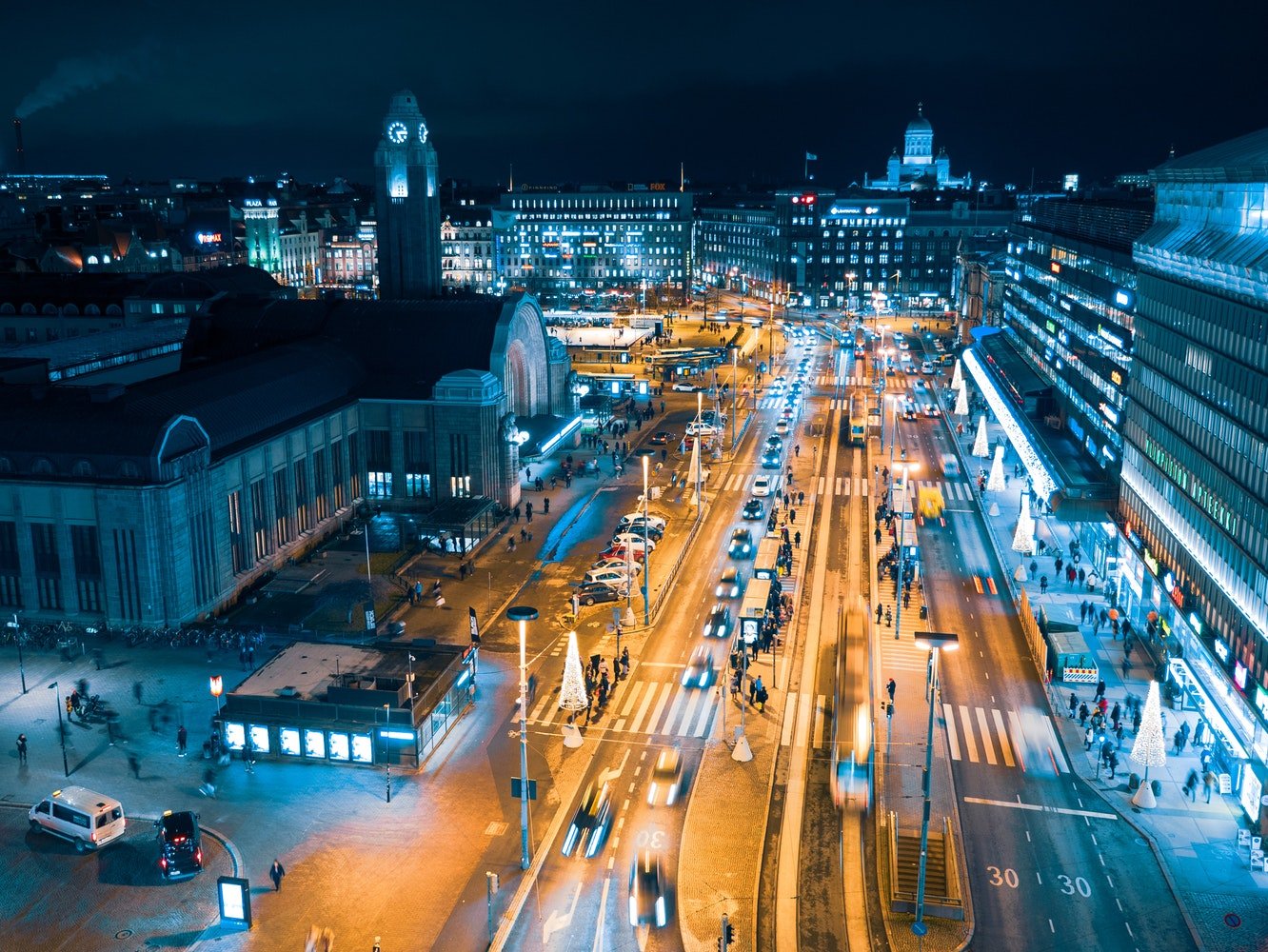 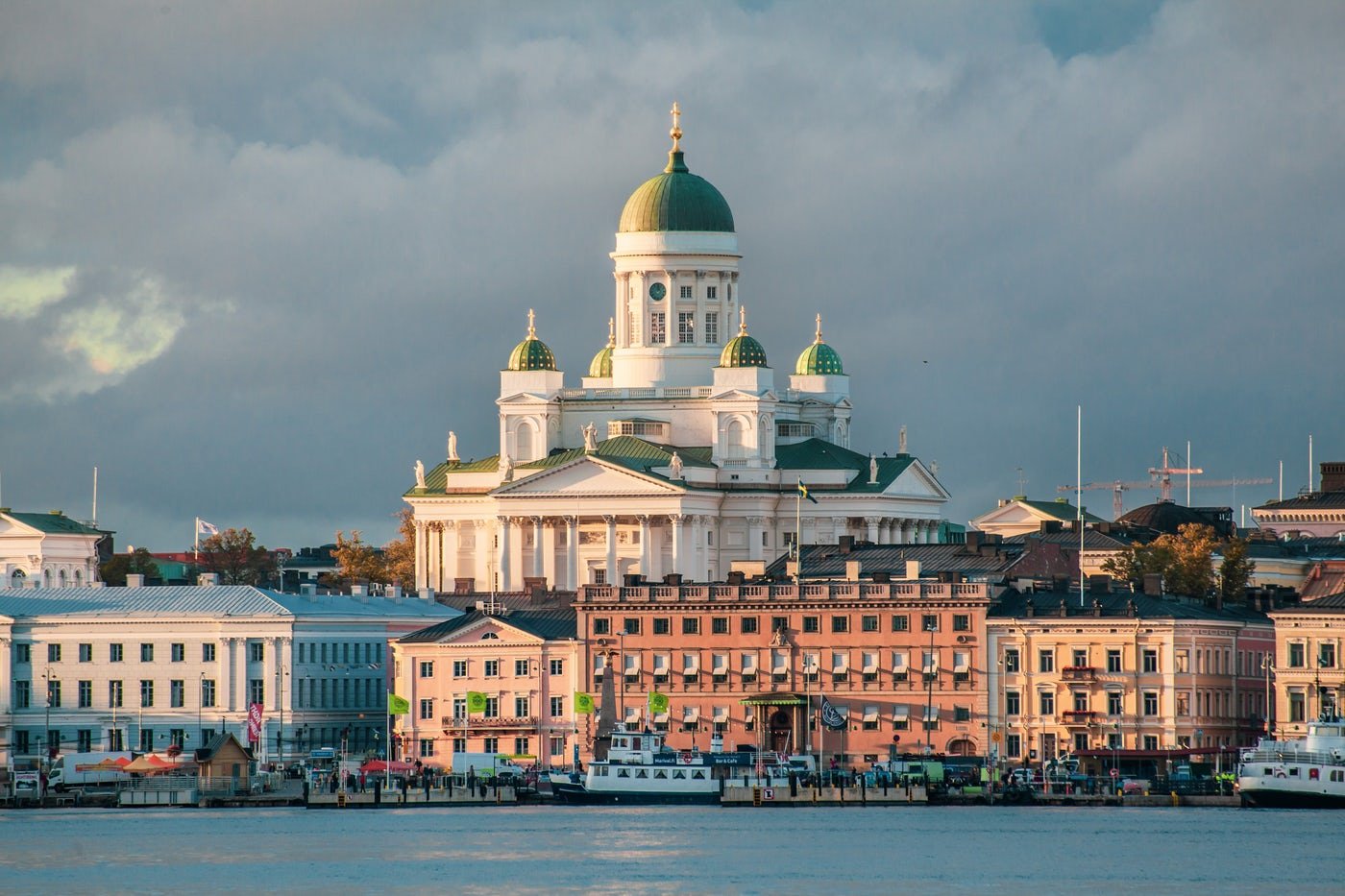 5 Rad Things To Do In Finland This Summer 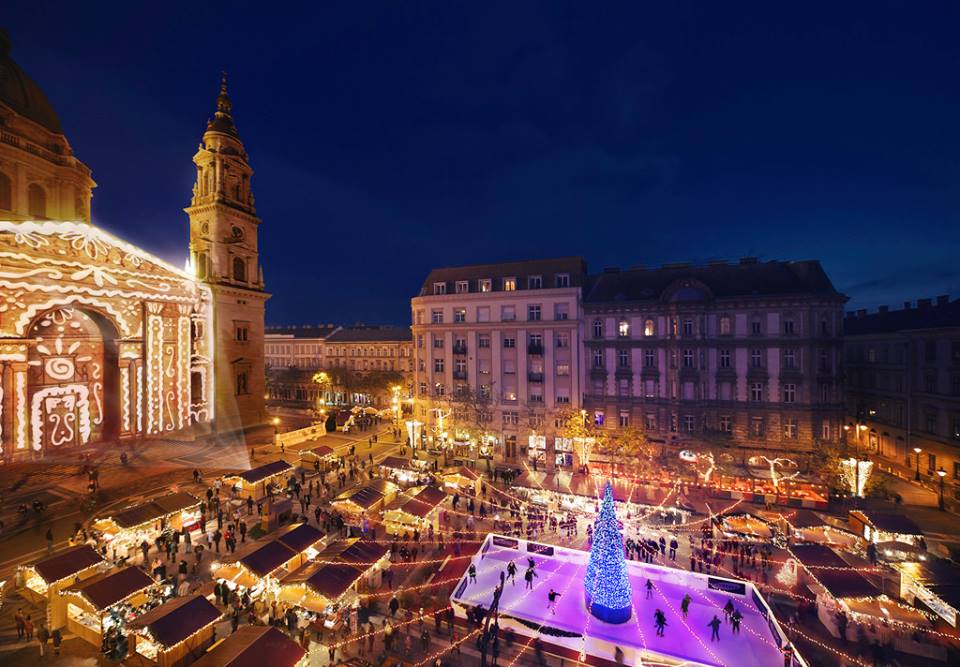 10 Of The Best Christmas Festivals In The World

Rad Season is providing you with rentals and hotels at the lowest prices available online. Book your stay for Wife Carrying World Championship 2023 using the map below!

Sign up for more news about Wife Carrying World Championship 2023