7 of the world’s most bizarre ‘feats of strength’ events 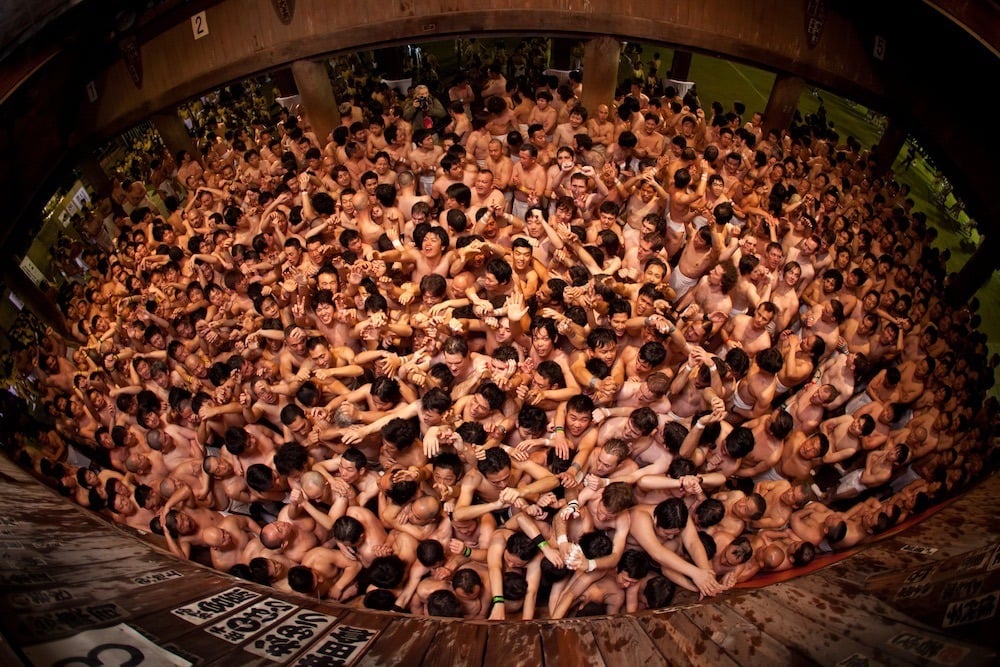 Nothing tops a solid feat of strength like a festival in aid of the cause, especially when it’s of a particularly freaky, strange or downright bizarre variety.

The world is an odd place, and we are odd creatures – you only have to take a glance at some of these festivities to witness the truth. From wife carrying to cheese chasing, extreme ironing to baby jumping, we’ve got you covered with seven of the absolute weirdest.

Finalists from respective wife carrying events across the world unite for this ultimate run in Finland, the World Wife Carrying Championship where husband-and-wife teams make their way through a 253.5 metre obstacle track. Most employ the ‘Estonian carry’ method, where the women’s legs are wrapped around the men’s heads, hanging upside down behind. The legend of wife carrying is founded on 19th century Finnish legend ‘Ronkainen the Robber’ who had a strict quotient for the men he accepted into his band. Proving their worth, men had to make their way through an arduous course with either their wife, a live animal, or sack of grain on their backs.

Held each October, the wife carrying event in Maine, USA is one of the largest and most well regulated in North America, featuring log hurdles, sand traps and the infamous ‘widow maker’ water hazard. Aside from local adulation and entry into the World Championships, winners take home the wife’s weight in beer and five times her weight in cash. Stay classy, folks.

The premise of Cheese Chasing is simple enough. Hurl a 7–9 lb. wheel of Double Gloucester cheese from the top of a lofty hill and watch as a horde of willing nutters spill, tumble and roll in chase. Or, as it has been otherwise summarized: “twenty young men chasing a cheese off a cliff and tumbling 200 yards to the bottom, where they are scraped up by paramedics and packed off to hospital.”

This local affair known as Cooper’s Hill Cheese Rolling has prospered into a noted international event in recent years, with folks from all nooks and crannies seeking out a slice of glory at the annual bout of lunacy. As far as origins go, some say the event evolved from a requirement for maintaining grazing rights on the common; others believe it was originally a pagan fertility rite set up to encourage the fruits of harvest. So far no one has died from the ‘roll’, but the ‘wake’ aspect certainly isn’t encouraging.

Each year, the bucolic Welsh town of Llanwrtyd Well sees a 22-mile (35 km) feat of physical endurance between man and horse. The event originated in 1980 when local landlord Gordon Green eavesdropped on a discussion at his tavern, the Neuadd Arms – two men proposed that, over a significant enough distance, “man was equal to any horse”. Green put the hypothesis to the test, and the gig took off.

The race put Green’s town on the map, and twenty-six years later, continues to thrive, with runners who beat the horse and rider taking home a minimum of £500, a booty that escalates each year in the absence of a winner. 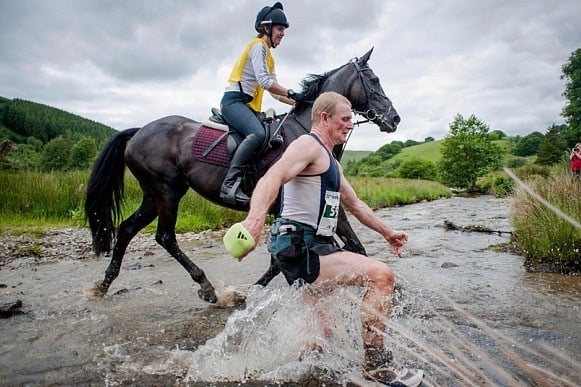 Like intrepid selfies and planking, extreme ironing continues to coddle support from a niche cabal of strange humans all over the world. A performance art, and sport in its own right, extreme ironing is simply the act of ironing (with board and iron) in ridiculous places, such as stop mountain peaks, raging rapids and car boots.

This absurdity culminated in the first performance event of its type in mid-September 2002 in Valley, Bavaria, a small village near Munich (home of other extreme events), where competitors from ten nations took part. Regrettably (perhaps) there hasn’t been another since, but here’s hoping the revival is nigh.

Where else but ‘Merica would you find a national regulatory body in charge of ‘extreme eating’? Yes, Major League Eating is a thing, folks, and thousands of competitors in the states, and around the globe, compete in it.

Amongst a vigorous circuit of official events and meets, there stands the one that began it all, the extreme eating ‘super bowl’: Nathan’s International Hot Dog Showdown in Coney Island, New York. Here, every Independence Day, stomachs battle it out for the glory, shoving meat in tube form down their gullets in frenetic rapidity.

Held during an annual Catholic feast in the tiny Spanish village of Castrillo de Murcia, ‘El Colacho’ is the name given to this event whereby babies are baptised of their sins, then being laid out on a street where men dressed in devil costumes leap energetically over them.

More a religious oddity than feat of strength as such, it’s no less harrowing for onlookers and interlopers.

The elevator pitch here is simple enough: a bunch of near-naked men jostle for good luck charms – nearly ten thousand of them, in one sweaty, heaving cluster.

Each year at at Saidai-ji Eyo Hadaka Matsuri, a pair of lucky sacred sticks is hurled into this fleshy crowd by a priest, and the lucky, scantily-clad fella who scrambles for them first is granted a year of happiness, after placing the sticks in a box filled with rice. Skimpy loincloths are all that separates participants from a very nasty tangle.