Comic Con 2023: The World’s Most Action Packed Expo Well over 100,000 people from across the globe make the pilgrimage to Comic Con each year, an event hailed as the mecca for anything and everything pop culture. It’s considered to be one of the best festivals in July from around the world. Stepping into the […]

Well over 100,000 people from across the globe make the pilgrimage to Comic Con each year, an event hailed as the mecca for anything and everything pop culture. It’s considered to be one of the best festivals in July from around the world. Stepping into the San Diego Convention Center is like walking into another world completely, with people decked out in their best costumes from iconic superheroes like Superman, or the nightmare-inducing clown from Stephen King’s famous horror novel, It.

The multi-day summer expo started out in 1970 by a group of locals, and for several decades focused on showcasing comic books, science fiction, fantasy, and related genres in entertainment. Today, it caters to a wider range of entertainment and pop culture genres including collectible card games, anime, manga, animation, web comics, and more.

This is the number one event in the world for geeking out to upcoming feature films, with hundreds of highlights in the program including seminars, workshops, autograph signings, television shows with a cult following, and costumed nerds with thousands of others who share the same passion for pop culture.

Gone are the days when it only showcased comic books; these days it caters to a much wider pool of interests, evident in the popular costumes you’ll see including the Demogorgon from Stranger Things, Beetlejuice, Gomez and Morticia Adams, Harley Quinn, and so much more. And these costumes are by no means typical: people go the distance to create costumes so elaborate that it’s nothing short of mind-blowing.

‘A super-powered weekend makes Comic Con the ultimate gathering for pop culture fans – It is a special kind of crazy.’ 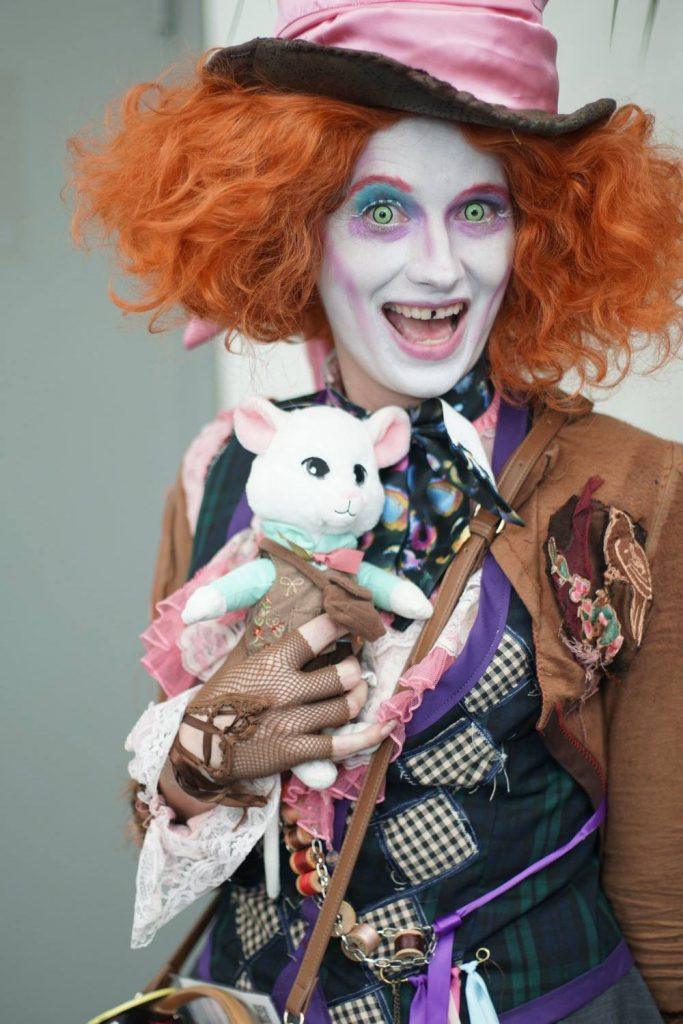 Your experience at Comic Con

If large crowds and huge lines of people give you anxiety we can’t say that this event is right for you. However, if your deep affection for your favorite comics, superheroes and pop culture is genuine, you may find it within yourself to brave the masses of people that come down on this epic event.

The best part about how packed the event gets is being able to meet so many different types of people with similar interests. There’s never anything wrong with nerding out and this festival gives over 100,000 people the chance to do so.

As you can imagine, it becomes an absolute circus. Everyone who attends has the chance to participate so literally every part of the venue and surrounding area is jam-packed with crazy costumes, amped-up nerds and a whirlwind of color and sound. Think of it as a place where every genre ever collides and reforms into something completely new. It is a true fantasy world where the freedom of imagination controls the narrative of the weekend.

The event takes place at San Diego’s Convention Center so you are basically in one big room as a free-for-all to see all of your favorite things. Babes dressed in costumes, characters that bring back memories and panels with all of your favorite pop culture await your experience. Truthfully there is no ‘best’ place to view the event besides being in the middle of it. Make sure to plan ahead and be prepared to wait… A LOT.

Look at the schedule ahead of time and find out exactly what is a must-see. If you got to attend the Dr. Who panel in one of the massive halls of the convention center, be prepared to wait 5-6 hours. Geeks don’t play when it comes to their culture so make sure to stay a step ahead with planning.

The single best piece of advice when it comes to dressing is to wear comfortable shoes. Standing for hours at a time is just not meant to happen with kicks that don’t hit 10 out of 10 on the comfort scale.

Other than that, dress however you want! From your favorite comic tees, themed hats or full costumes, Comic Con doesn’t discriminate. Be creative or be subtle, the choice is yours.

Bring a sharpie! You never know when you’re going to need that last second autograph on your graphic tee. Poster tubes are great as well so you don’t bend them.

This event is an absolute marathon so make sure to bring chargers, portable batteries and any other powering kits for your devices. Water and light snacks are a good idea as well so you can power through those lines.

Plain and simple – tickets sell out quickly. If you haven’t realized already, this event gets serious. If you are lucky enough to have snagged a ticket already you probably did so months ago when badge sale and registration announcements were made.

If you weren’t so lucky this time around make sure to follow their social media tabs and check the official blog of Comic-Con and WonderCon Anaheim. Tickets usually run $50-70 per day for adults.

Comic-Con 2022 will take place on July 20-23, 2023 at the San Diego Convention Center. Make sure to check their website frequently for more information and the release of the full program schedule.

Master Planning: check the deadlines for ticket registration, masquerade, booths and tables months before the con

Stay Flexible: the full release of events is never finalized until 2 weeks before the event. However there are patterns:

Rest and Enjoy: San Diego is an incredible city. Don’t be afraid to take a day off from the expo and check out one of Southern California’s most beautiful cities.

SDCC was founded originally as the Golden State Comic Book Convention in 1970. In its earlier stages, Comic-Con primarily showcased comic books and sci fi films, televisions and other small forms of media. As the years progressed, the event has transformed into an all-out display of pop culture across every type of genre known to man.

The event has become so popular that it has even set the Guinness World Record for the largest annual comic and pop culture festival in the world. Early organizers worked hard to network with other fandoms to strengthen its diversity eventually leading to its popularity today. Comic-Con is now organized by a non-profit organization. 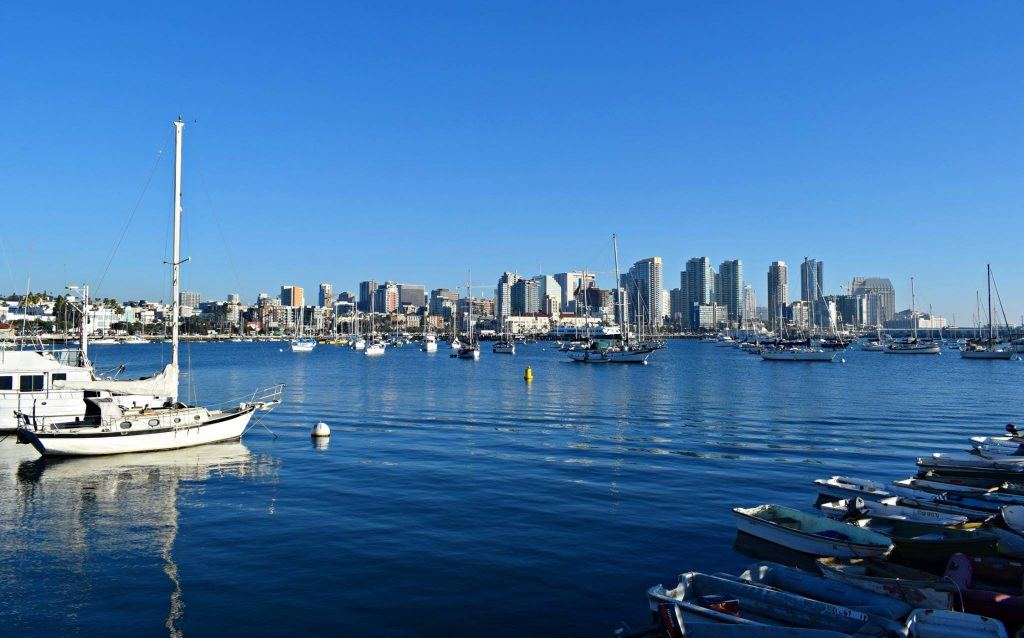 Things to do in San Diego

San Diego is one of the most beautiful cities in Southern California, blessed with spectacular beaches, a charming city, and a laid-back lifestyle. There’s lots of great outdoor adventure waiting to be had. Catch a sunset at the famous Sunset Cliffs, where you may even get a glimpse of dolphins or whales on the coast.

Take a hike to Black’s Beach, a secluded area that’s also known as the nude beach of San Diego. Have a relaxed day out and take a ferry to Coronado Island, which is worthy of exploring for a full day. San Diego is heaven for craft beer fans, and there are easily dozens of breweries to choose from so you’ll never be short of evening fun and entertainment. The city is peppered with lots of other great watering holes worth checking out.

What to eat in San Diego

The Convention Center is located on East Harbor Drive just off the marina. Luckily, the most bustling part of San Diego is all within walking distance. During the day you can find incredible burger joints or seafood restaurants in the Gaslamp District of downtown SD.

By nighttime, the area turns into a paradise of nightlife options with dozens of bars, clubs and cocktail lounges. Talk a walk down the streets and follow what your heart desires.

How to get to San Diego Convention Center

San Diego is a driver-friendly city however traffic can fill up quickly on the streets. If finding parking isn’t your thing, public transportation is a great way to get to the event. The MTS Trolley Service has two different stops for the Convention Center.

Where to stay in San Diego 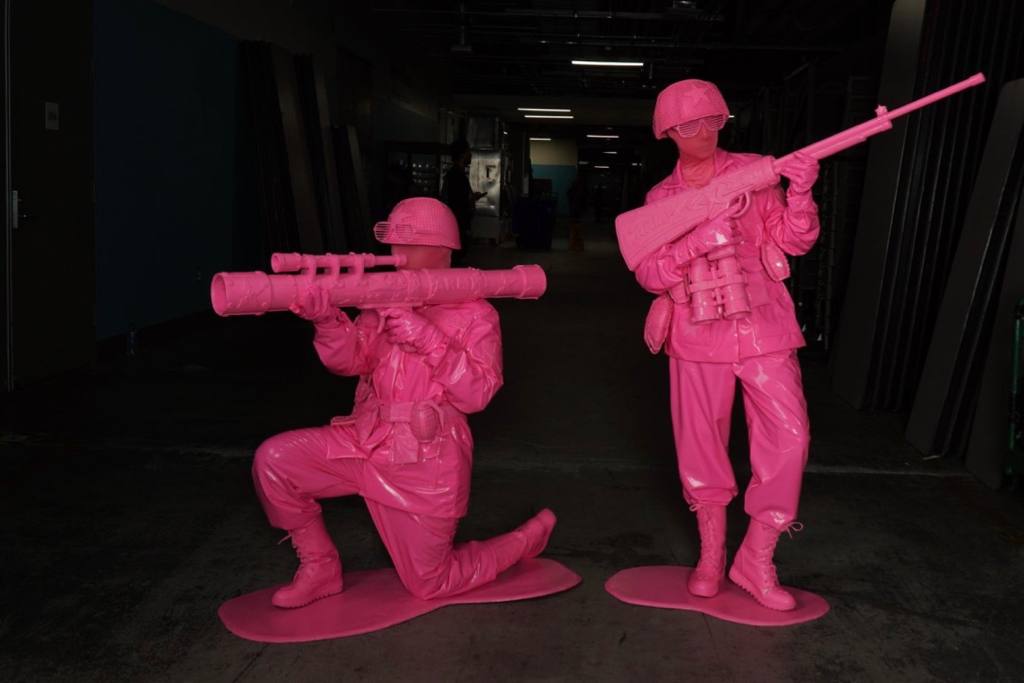 Did you fall in love with San Diego? Read more about other festivals in the city. There is one more festival worth checking out, the Big Lebowski Festival in Kentucky.

Stay safe: Even the best-laid plans can head south. SafetyWing travel medical insurance can help you stay safe and cover you in unlikely situations as well as that epic road trip or on your next adventure. How to stay safe during Comic Con 2023? If you’re not covered for your trip yet, get your quote here.

Rad Season is providing you with rentals and hotels at the lowest prices available online. Book your stay for Comic Con 2023 using the map below!