New Orleans Jazz Fest 2023: Culture, Crafts, Music & Food The birthplace of jazz is already great, but it just gets better during the spring. The New Orleans Jazz Fest celebrates the deep roots of music culture from blues, R&B, gospel, folk, cajun, jazz, bluegrass and more. It’s not just about music either. The festival […]

The birthplace of jazz is already great, but it just gets better during the spring. The New Orleans Jazz Fest celebrates the deep roots of music culture from blues, R&B, gospel, folk, cajun, jazz, bluegrass and more. It’s not just about music either. The festival focuses on traditional foods, crafts and plenty of other attractions.

In the spring of 1970, Mahalia Jackson, gospel singing great, started a spontaneous parade filled with the spirit of jazz music. From there on out the New Orleans Jazz Festival became a cultural force that was destined to represent the popular appeal of music and city heritage.

The lineup never fails to feature only the biggest names in the industry. The mother of all jazz fests is sure to impress throughout 12 different stages and tents while four different parades will be sure to keep the party bumpin’.

‘The combination of food, music, people, crafts and parades is like a buffet for the senses’ 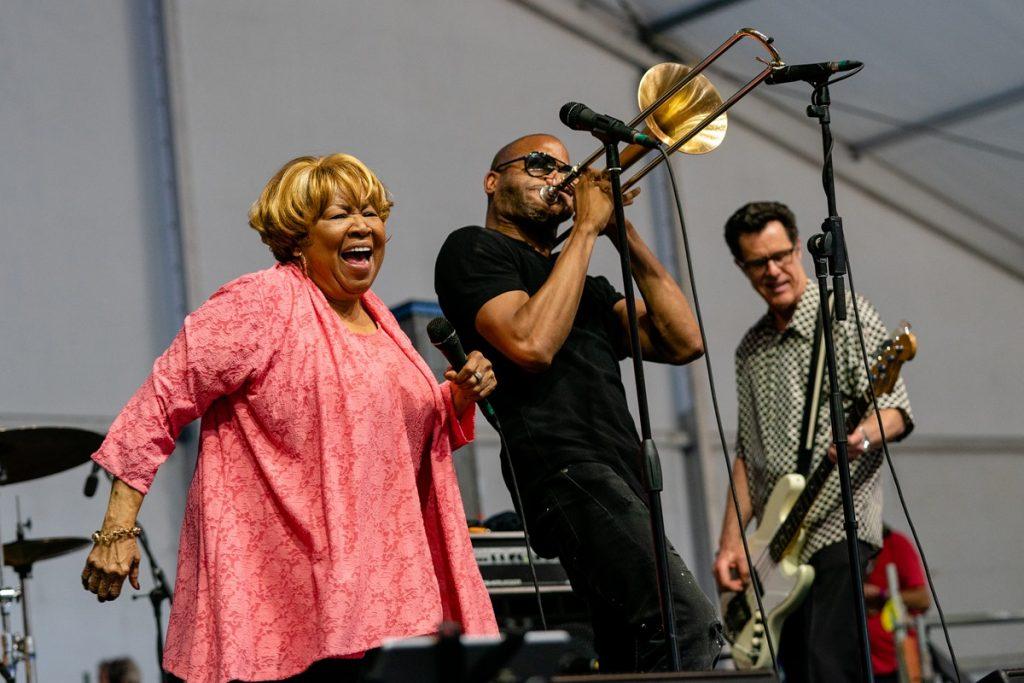 Jazzfest is unlike any other music festival or event in the world. It gives attendees the ability to broaden their senses and music appreciation beyond imagination. Whether you have a deep musical background or not, walking away from this festival will give you much more respect for classical and traditional jazz as well as rock music.

The event doesn’t just cater to these genres as the lineup will feature tastes of Swamp Pop, Gospel, Zydeco and many more.

The best part about this incredible festival is that it’s not just centered around one thing. There are so many things to do, people to meet and experiences to be had that make this event so special.

From the $6 craft beers, crawfish enchiladas, worldwide attendees and becoming a fan of a band you had no idea even existed before are just a few of the reasons why Jazzfest will exceed all of your expectations.

Simply put, if there were no music you would just go for the food and if there was no food you would go just for the music. That’s how powerful this festival is and why people have been coming back for decades.

The best views of the event come down to your personal preference. If you’re the type to get up close and personal you better make your way to the front row of the Acura Stage.

Feeling more like getting the panoramic views of the entire venue? The bleacher seating nearest the Trafalgar pedestrian entrance provides just that. For a more intimate setting, there is additional bleacher seating next to the Congo Square Stage for your viewing pleasure. 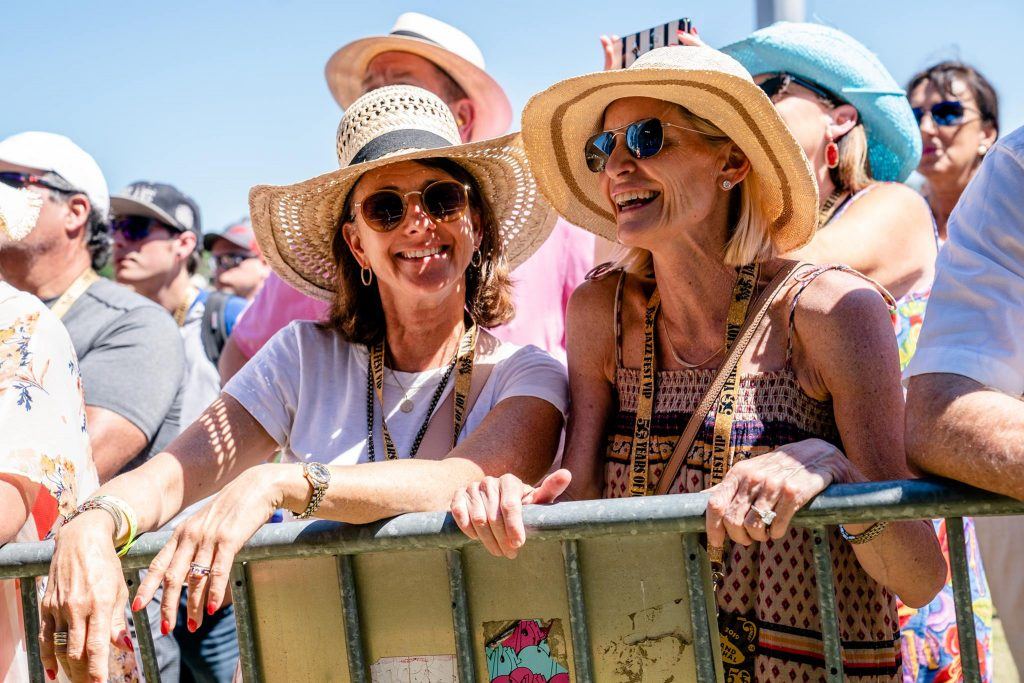 Spring in Louisiana calls for cool clothes as temperatures can get up to 85 degrees. Pack your fair share of shorts, sundresses and light tops to stay comfortable during this epic festival. At most, bring a light sweater for cooler nights.

Make sure to pack sunglasses, sunscreen and a hat to shade yourself from the Louisiana sun! Although most people dress for the beach, sandals aren’t the best footwear for this festival unless you like racetrack dirt or horse droppings between your toes.

Tickets can be purchased directly on nojazzfest.com/tickets and other third-party sites like TicketMaster and Stubhub. Remember to bring your photo ID for all Will Call pickups. Tickets go live in January, so make sure to jump on them early!

Rad Tip: Louisiana residents are offered tickets at a reduced price at the gate with a valid ID. Jazzfest honors up to two admissions per resident. Make friends with some locals! 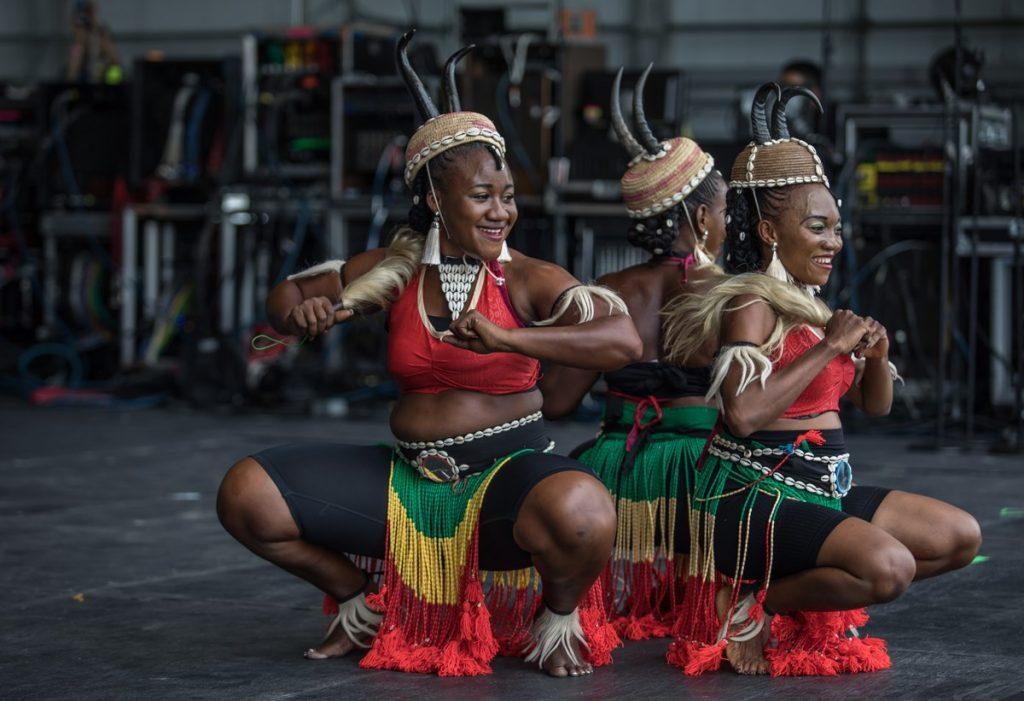 The New Orleans Jazz & Heritage Festival is scheduled to take place on April 28 – May 7, 2023. Jazz Fest is split up between the Louisiana Folklife Village and Native American Village where festival-goers can learn about the historic traditions and culture of Mardi Gras Indians as well as the heritage of Louisanna’s indigenous people.

Additionally, the event will feature a main Grandstand that contains four unique stages and smaller tents for special exhibits.

The full event schedule will be released later this year.

Get there early: Get there around 10:30 a.m. so you have access to all the food booths

Pack light: If you can’t carry it in your pockets, leave it at home!

Take your kids: Bringing kids? Check out the Kid’s Tent and also take turns babysitting so you can all enjoy the event equally

Spot famous jazz bands: Don’t be afraid to approach a small crowd looking at something. You might find a famous musician jamming with random people or vocalists singing with groups of people.

During its first festival over 50 years ago, Jazzfest had the vision to be an important cultural event of massive significance. The creators wanted to establish a lasting festival that would promote the city’s legacy as the birthplace of jazz music.

In 1970, jazz impresario George Wein took on a team of people to oversee the first event. In order to attract artists to the festival, his team of advisers toured local clubs in the area rather than the tourist destinations like Bourbon Street. Because of their unique approach to recruiting, the festival began to take shape with a lineup that included a mix of under-the-radar street performers as well as popular musicians of the time. Not much has changed since. 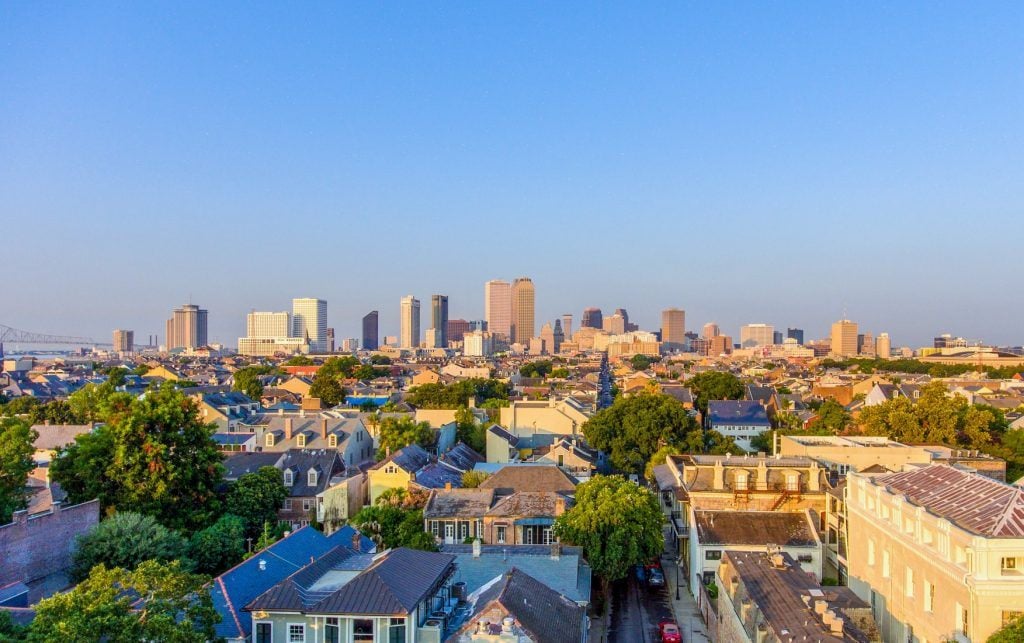 Things to do in New Orleans

New Orleans has pretty much an unlimited amount of things to do. If you love musical instruments, food and culture you really have it made. A backyard crawfish boil, canoeing on the Bayou, and bar hopping down Bourbon Street are all musts.

Big time museums, swamp tours and beautiful parks await those who are looking for an adventurous time in NOLA! Feeling thirsty? Why not try the best underground bars in New Orleans during your stay.

What to eat in New Orleans

Locals would argue that gumbo in of itself is its own food group. Other NOLA staples include Crawfish Etouffee, Jambalaya, Red Beans and Rice and Po-Boys. The list can go on and on.

When you are on the FairGrounds make sure to try Creole’s Stuffed Bread, Boiled Crawfish and the BBQ Brisket Sandwich. All mouth-watering plates sure to leave you satisfied. Wash it all down with a Rosemint Herbal Iced Tea or craft beer of your choosing.

Flying in? The Louis Armstrong New Orleans International Airport is just a 30-minute drive away via the I-10 East highway.

If you are driving to the event and want to save on parking, leave your car at Marconi Meadows in City Park and take the shuttle bus to the venue or ride your bike. The local church and school allow you to park right outside the venue for $8-10 if you want to park closer.

Where to stay in New Orleans

Although New Orleans has plenty of great attractions and places to stay it’s important to choose the right neighborhood. The Garden District and Central Business District are great places to stay for those looking for a bit of a high-end experience.

For those looking for a wild time, make sure to look at spots close to Bourbon Street to be right in the middle of the 24/7 party atmosphere.

For the best deals, make sure to check out Rad Season’s accommodation here.

How to get around New Orleans

New Orleans is a very flat city and not too vast in size making it perfect for bike riding and walking throughout the downtown area. The clean and convenient streetcar runs across four main lines for very consistent travel.  Additionally, the city bus is inexpensive and has a wide network for those looking to explore other parts of the city.

Do you enjoy music festivals? Check out Chicago Blues Festival in Illinois and Quebec City Summer Festival in Canada.

Stay safe: Even the best-laid plans can head south. SafetyWing travel medical insurance can help you stay safe and cover you in unlikely situations as well as that epic road trip or on your next adventure. How to stay safe during New Orleans Jazz Fest 2023? If you’re not covered for your trip yet, get your quote here.

Rad Season is providing you with rentals and hotels at the lowest prices available online. Book your stay for New Orleans Jazz Fest 2023 using the map below!

Sign up for more news about New Orleans Jazz Fest 2023