Albuquerque Balloon Festival 2023: The largest balloon convention in the world

The breathtaking hot air balloon festival, held in Autumn, combines ballooning know-how with a music fiesta, celebrating both hot air balloon history and it’s latest innovations. “Dawn Patrol” Balloons take off before sunrise and fly until it is light enough to see landing sites. Fellow balloonists appreciate the Dawn Patrol because they can watch the balloons and get an early idea of wind speeds and directions at different altitudes.

‘Watch over 1,000 hot air balloons hitting the skies, watching them rise and fall from dusk to dawn, in all shapes and sizes, as they glow over the hills, a sight to behold.’ 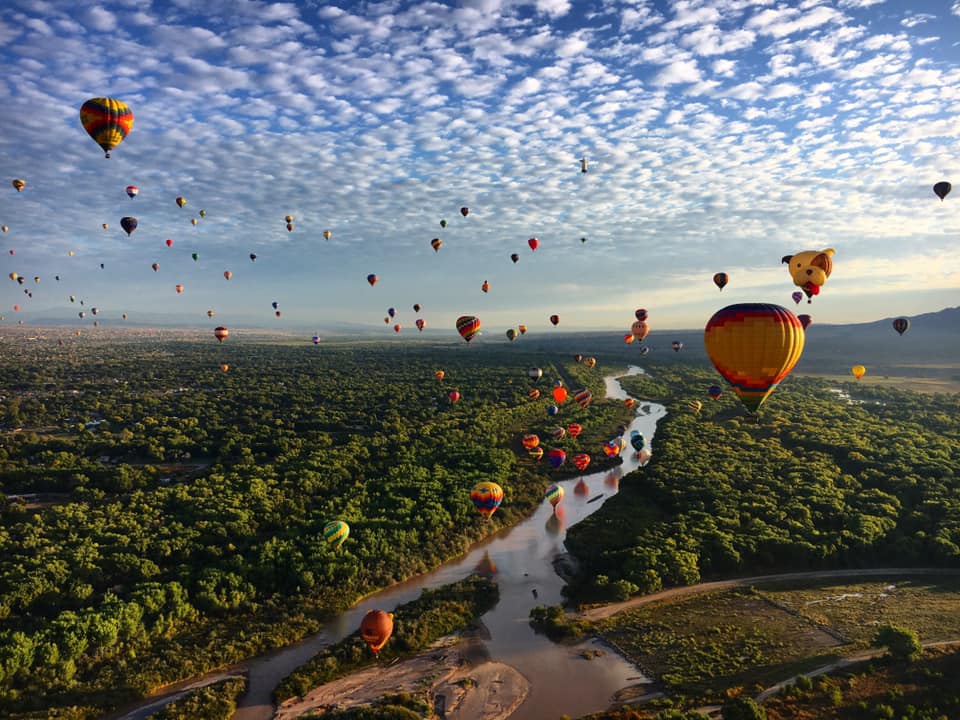 2023 marks the special 51st Anniversary celebration of the Balloon Festival. Awesome events include “The Fiesta Challenge”, a game where balloonists attempt to drop a marker closest to a target. “America’s Challenge Gas Balloon Race” is where special long-distance gas balloons are inflated and then launched.

The Flight of the “Nations Mass Ascension” is a parade of balloonists from each nation launching into the air, one at a time, to their national anthem and waving their nation’s flag.

The “Special Shape Rodeo” is the event where uniquely shaped balloons are launched at the same time. Some of the most famous shapes include a milk cow, a wagon coach, twin bees, and many others like soda pop cans and animals. This is the most popular part of the event as onlookers can see the diversity of the hot air balloons.

There are also various music performances throughout the week held on the Main Stage and in the main street during the fiesta. As well as all this the convention contains displays from specialist ballooning businesses and clubs as well as other piloting, skill, and speed competitions.

Where to watch the Albuquerque Balloon Festival

Albuquerque’s elevation of 5312 feet makes it the highest metropolitan city in America. The Sandia Mountains run along the eastern side of Albuquerque, and the Rio Grande flows through the city, north to south.

It is the geographical center of New Mexico, USA know throughout the nation as “The Land of Enchantment,” it’s a city that sits in the desert. 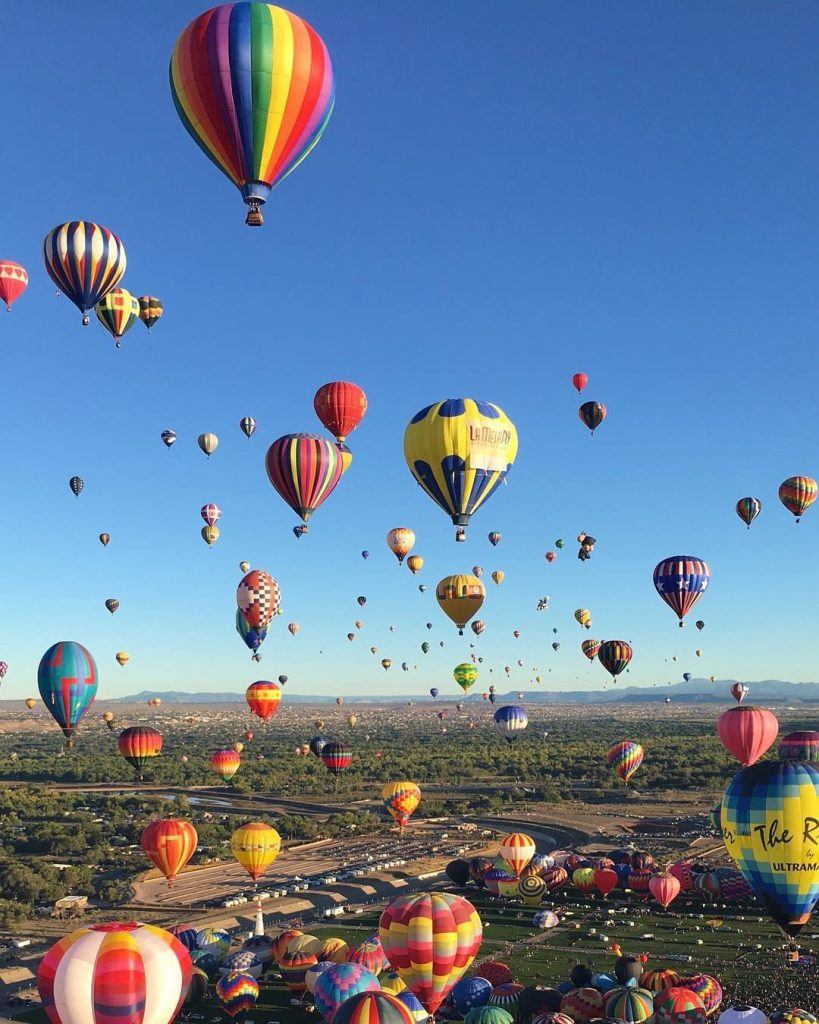 Things to do in Albuquerque

The Sandia Peak Tramway is an aerial tramway located adjacent to the city. It stretches from the northeast edge of the city to the Crestline of the Sandia Mountains and has the world’s third-longest single span, providing amazing aerial views. 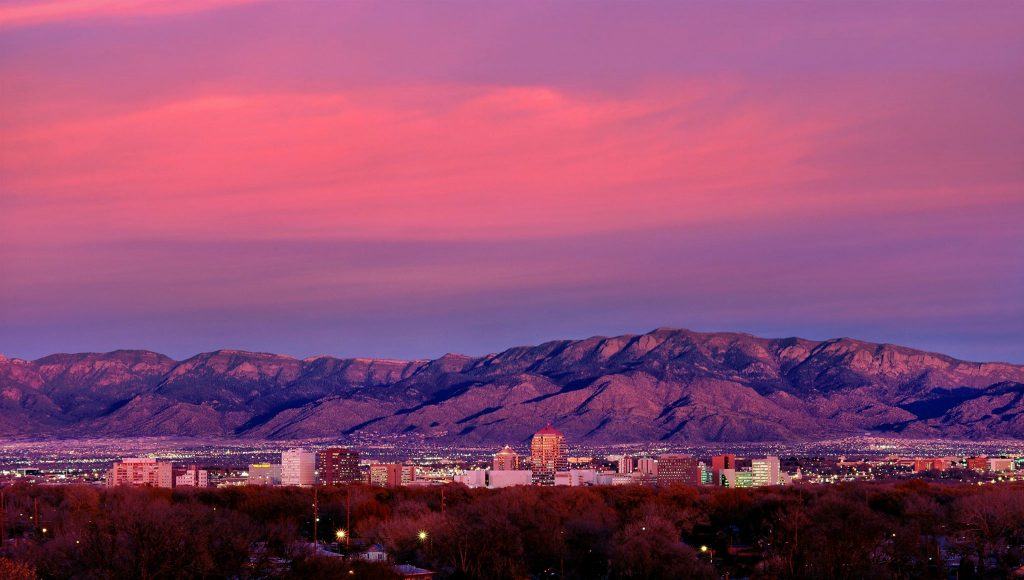 Where to stay in Albuquerque

Albuquerque has a plethora of RV parks, holiday parks, hotels, hostels and guesthouses for visitors to choose from. There is a festival dedicated RV park with up to 800 RV spaces and parking lots.

The Mother Road Hostel in Albuquerque provides budget accommodations for travelers and students. They offer male & female hostel-style dorm living, bathroom and shower facilities as well as a shared kitchen, and a variety of breakfast foods for our guests during their stay, with full access to common areas and kitchen.

The Howard Johnson Albuquerque Midtown features balconies with views. Rooms offer free Wi-Fi and flat-screen TVs, plus coffeemakers. Some also have microwaves and mini-fridges. Suites add sitting areas. Complimentary perks include a breakfast buffet, parking, and an airport and area shuttle. There’s also an indoor pool, a hot tub and an exercise room, as well as a sundeck and a garden.

How to get around Albuquerque

There is a local taxi service from Albuquerque International Airport, as well as car hire and ridesharing options.

There are several car rental agencies conveniently located throughout Albuquerque that provide an option for those who do not wish to pay airport car rental tax and in some cases, they will pick travelers up at the hotel. 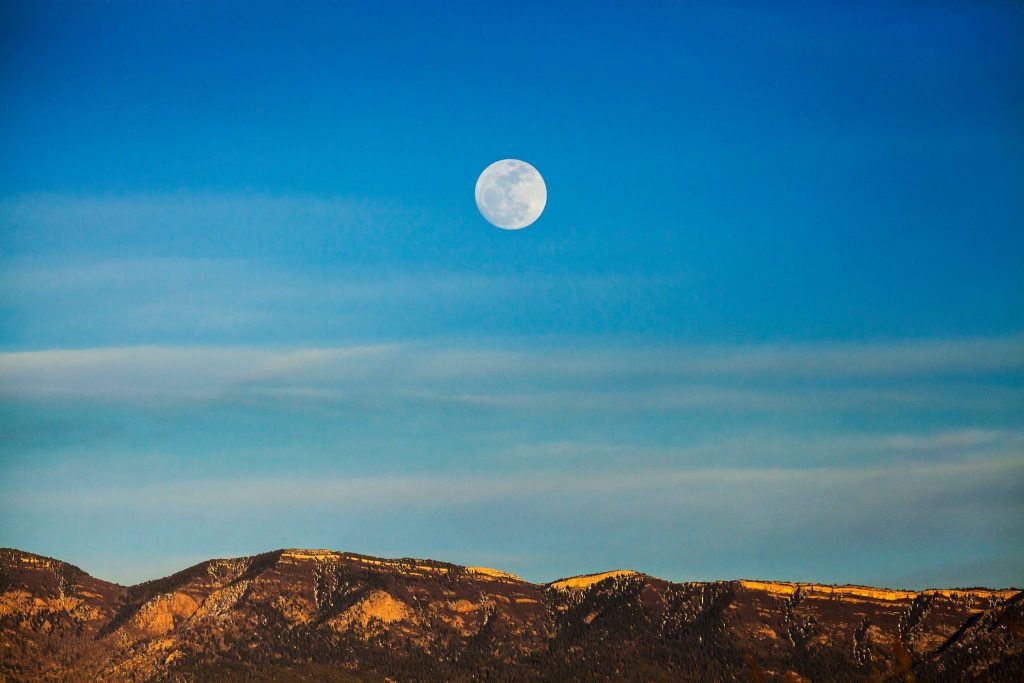 Stay safe: Even the best-laid plans can head south. SafetyWing travel medical insurance can help you stay safe and cover you in unlikely situations as well as that epic road trip or on your next adventure. How to stay safe during Albuquerque Balloon Festival 2023? If you’re not covered for your trip yet, get your quote here.

View all events related to Outdoors

Rad Season is providing you with rentals and hotels at the lowest prices available online. Book your stay for Albuquerque Balloon Festival 2023 using the map below!

Sign up for more news about Albuquerque Balloon Festival 2023