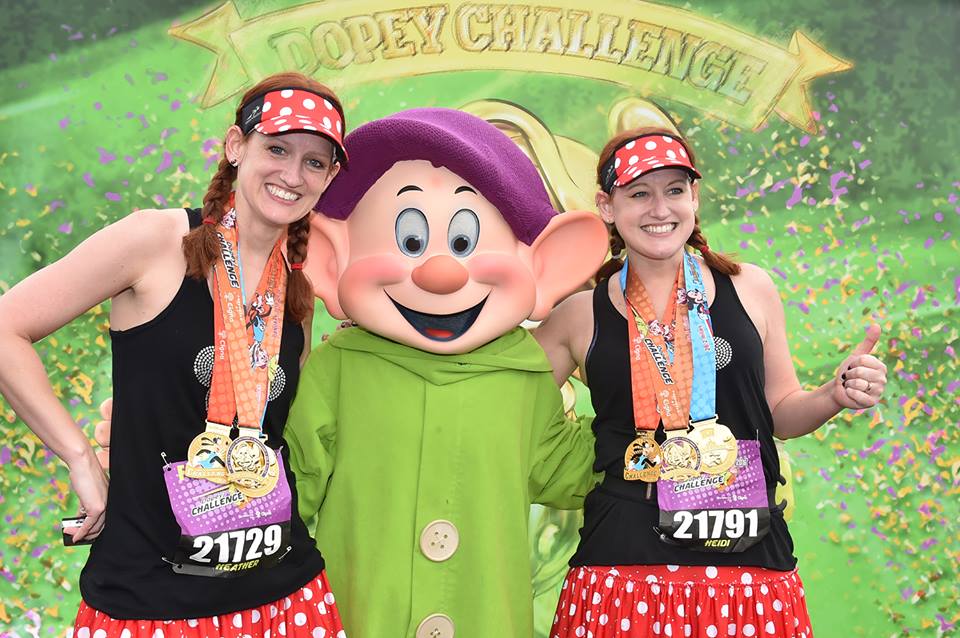 If running a marathon in the happiest place in the world isn’t good enough for you, try getting goofy. Or even downright dopey.

Big road running events with multiple races are increasingly promoting “doubleheader” style participation, where you run more than one of the races being put on in the same weekend.

The craziest of these multi-event challenges at a big-city marathon might be Walt Disney Marathon’s “Dopey Challenge.” This involves running a 5k, 10k, half-marathon, and marathon—in that order—over the course of a long weekend.

If you do the Dopey Challenge, starting the Thursday of race weekend, you’re in for a race every morning from Thursday through Sunday. Anyone who’s run a big city marathon is familiar with the crack-of-dawn wake-up routine on race day, but at Disney World, it goes a step further. Instead of getting up at 5:30 AM, you’ll be starting your race at that time—all four days!

The Disney World races start with a plume of fireworks that light up the pre-dawn sky before the park officially opens. New York City might shut down for marathon weekend, but not Disney World—the show must go on, so you’ll be up and ready to roll before sunrise. By the time you finish, the park’s first patrons will be filtering in for the day.

Of course, the upside to this morning craziness is that you’ve got all day to explore the park, all weekend long. The Dopey Challenge is a worthy endeavor if you are looking for a good excuse to bring your family out for a long weekend at Disney World. Just make sure you drink lots of coffee!

Tone it down (a bit) with the Goofy Challenge

Four races in four days sounds like a bit much, doesn’t it? Well, there’s a slightly less crazy option called the Goofy Challenge. It consists of running the half marathon on Saturday and the full marathon on Sunday. 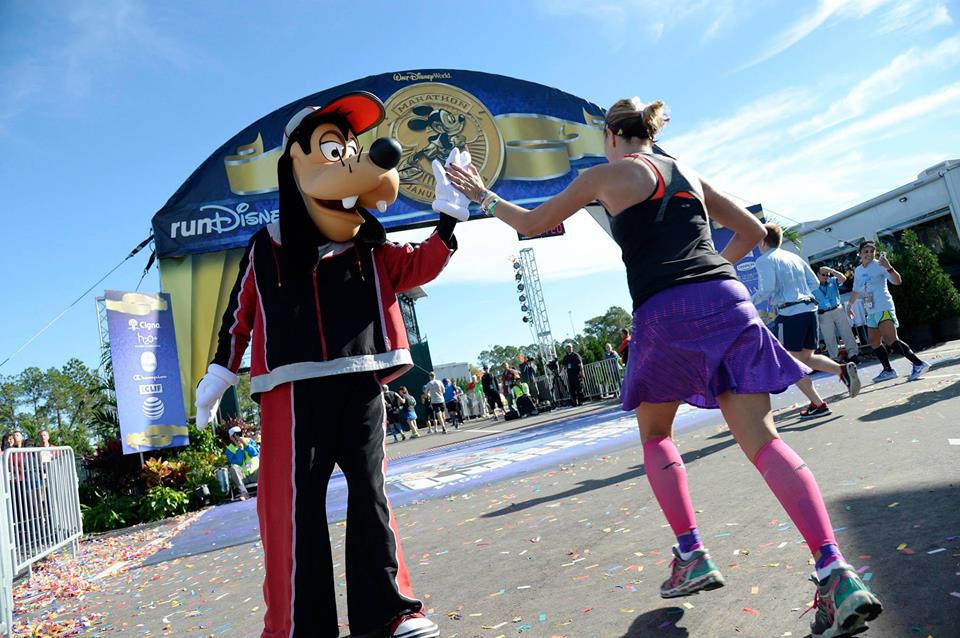 Now, it’s still nearly 40 miles of racing in two days, but it cuts out two of the early mornings leading up to the marathon. Your legs will still be fried, but two days of getting up at 4:00 AM is a lot more manageable than one if you aren’t a morning person.

Going in prepared for the Dopey Challenge

Doing a weekend-long race series provides some unique training challenges. If you are fit enough to run a marathon, the 5k and 10k will be no problem. The difficulty stems from running a half-marathon on tired legs, and then a full marathon the day after that.

So, how do you do this without your legs exploding? You’ll have to take a page from the playbook of ultramarathon runners, who work up gradually to two or three-day blocks of high volume, with several days of rest or easy, short runs to recover afterwards. Three or four weeks out from the race, you might do a weekend with a 12 mile run on Saturday and a 20 mile run on Sunday. A few weeks before that, you can do 10 and 18 miles on consecutive days, and work your way backwards from there to fill out your training plan with a gradual progression. 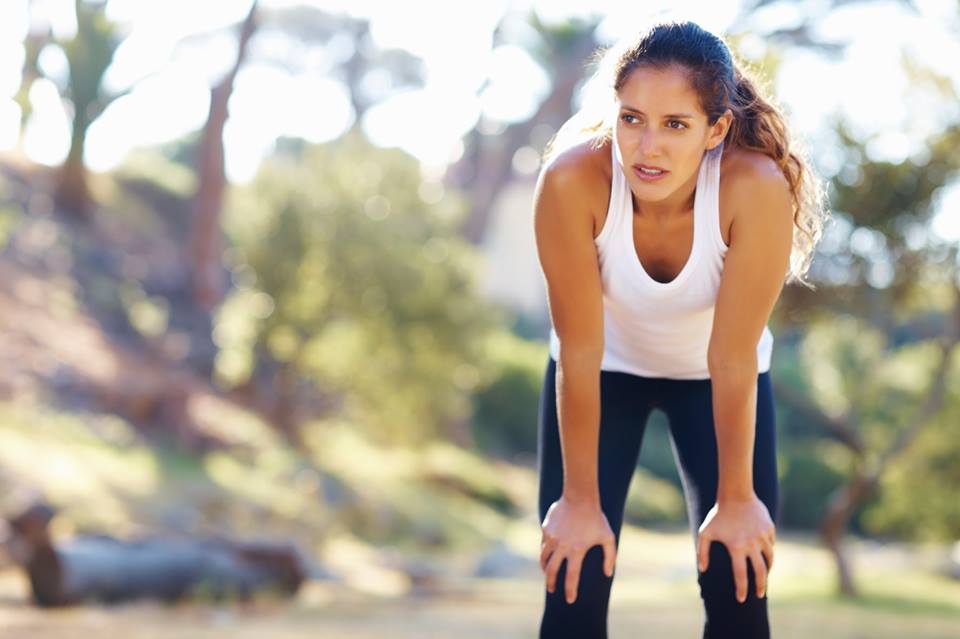 If preparation is half the battle, fueling is the other half. Because you are going to burn so much energy, you’ll need a pretty much constant stream of carbohydrates and protein during the hours between your races. The importance of this is underscored by the fact that you’ll be walking around the park all day after you’ve finished your races. Good thing there’s no shortage of food stands!

Who else is up for the Dopey Challenge?

Are the mileage totals for the Goofy and Dopey Challenges enough to keep all but the craziest runners away? Not a chance. Last year’s Dopey Challenge had over 7,000 participants! The Goofy Challenge, on account of only requiring two races, is even more popular. In 2016, the challenge recorded over 9,500 finishers.

Because the Walt Disney World Half Marathon on Saturday isn’t a timed race, you can’t “win” the challenge, exactly, but completing them should be a big enough prize on its own.

If that’s not enough for you, you’ll also get a Dopey or Goofy Challenge finisher’s medal (in addition to the individual race finisher medals), plus a personalized race bib, just like the pros. Good luck—you’ll need it!

Marathon Check, Now How About An Ultramarathon?

Rad Season is providing you with rentals and hotels at the lowest prices available online. Book your stay near Orlando using the map below!