Tony Arthy, Drummer, Marketer and Founder of Worn Out Creative on Growing Brands through Music

Tony Arthy is the founder of brand and music partnerships agency Worn Out Creative based in London. He started the agency in 2008 after having worked in marketing, pr and entertainment for multiple action sports distribution companies and brands including Insight, Paul Frank, RVCA, Vestal Watches and Atticus clothing. Tony’s worked with hundreds of bands including Coldplay, The Prodigy, Oasis & Muse on youth marketing campaigns, played drums for The Wonder Stuff and been a band manager for the Black Spiders.

Tune in to find out how Tony mixed his love for music, action sports and working with brands to create his own agency. Where he sees the future of digital marketing and music going. Festival marketing, how brands can get involved with musicians, brand events, working with Vans and the House of Vans and so much more!

Oli Russell-Cowan: When you were dealing with bands is that what lead into the youth marketing campaigns?

Tony Arthy: There was a bit crossover when I was trying to do some jobs for a bit and then go and do some gigs. That youth marketing was a company called Revolution. That was my first teaching into the music industry. That was radio promotion, PR and students club promotion, which was what I did. That was essentially a record label would come along and say right, the new album next week, here are the first two singles tracks and get them played at the cockpit in Leeds.

So you ring up the cockpit club and you say I’m gonna send you some stickers and some flyers, and the new Muse single, and we try it out at your club night on Friday and see what everyone thinks. 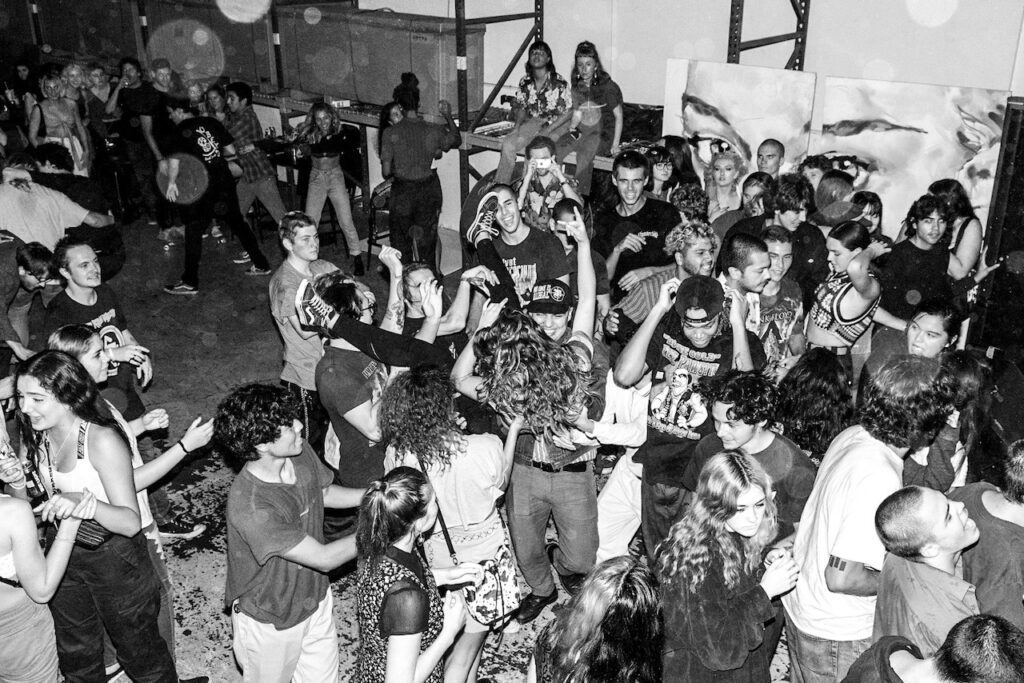 I left Circus to go work for Vestal watches. It was such an amazing company. They were kind of the rock and roll version of Nixon.

They were from Southern California. So they did the same thing. They were just getting on bands. So they would sponsor Queens of the Stone Age and Peaches, and really tattooed edgy punk rock or rock and roll bands.

Oli Russell-Cowan: What did you do for them?

Tony Arthy: Best job ever, ‘Entertainment Marketing Manager’ for Europe. Which was literally just a title they’d come up with. We all got on pretty well when we went to American.

The whole company culture at Vestal, which is why it doesn’t exist anymore, was just party.

It wasn’t just pointless party, but their trade show booths would have a band on at places like SurfExpo and Magic. It was never a traditional kind of rail show. It would be stuff that they’d get shut down for. A lot of times they do a trade show and it’d be shut down the next day.

It’s a bit like, going way back in time to when Rocco used to run World Industries. When it first came out. He was a bit anti marketing, where he would rent a trade show stand and just put a load of beers on it and get some tramps from the streets to sit underneath one of his logos.

It wasn’t as mental as that. That’s where that job title came from Entertainment Marketing Manager. Again, these were all just little steps into me thinking. Like beforehand, you could do some music, but you had to do PR and product press.

This one was like you can actually just do seeding and tradeshow parties. That ended a bit strange because they shut down the distribution in Europe.

Oli Russell-Cowan: Were they based in Hossegor, France?

Tony Arthy: Yeah, nearly any company from Orange County if they get an office they do it down there. I know that most of them will say it’s for distribution purposes and ease of travel around Europe, but it’s just about surfing isn’t it. It’s great because they all made it work for them. 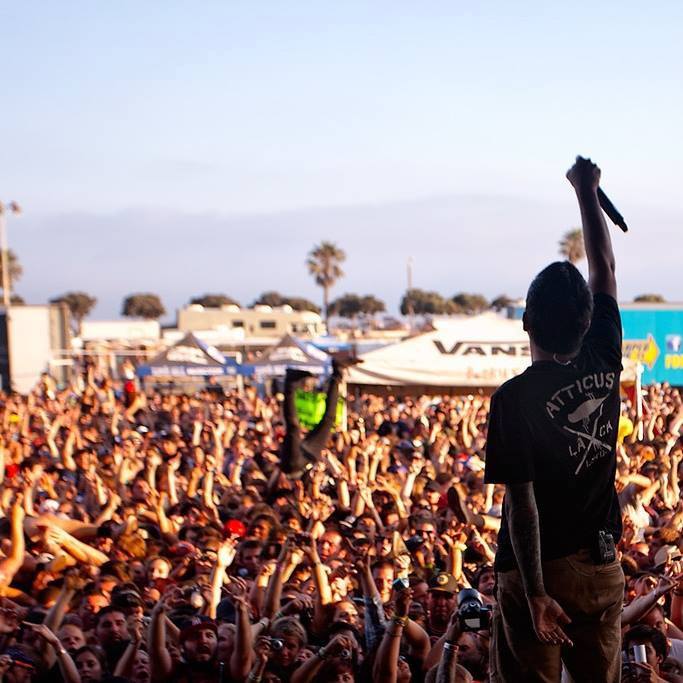 Then I went to work for Atticus which was one of the guys from Blink 182’s company. That was out of action sports and was the first time I was just in rock and roll clothing. That was good.

Again, all of their marketing was just product onto bands. They didn’t have very big budgets. What we would do is take a box of clothes every night and then you just go to concerts in London. Try and meet the bands and get stuff on people.

Oli Russell-Cowan: Was that focusing on rock bands at the time?

Tony Arthy: Kind of punk rock and pop punk. Alexisonfire, and loads of American pop punk stuff. Basically anything that would play Vans Warped Tour in America when they came over here.

Then I think that fell for some reason, I think the boss sold it to a web store. 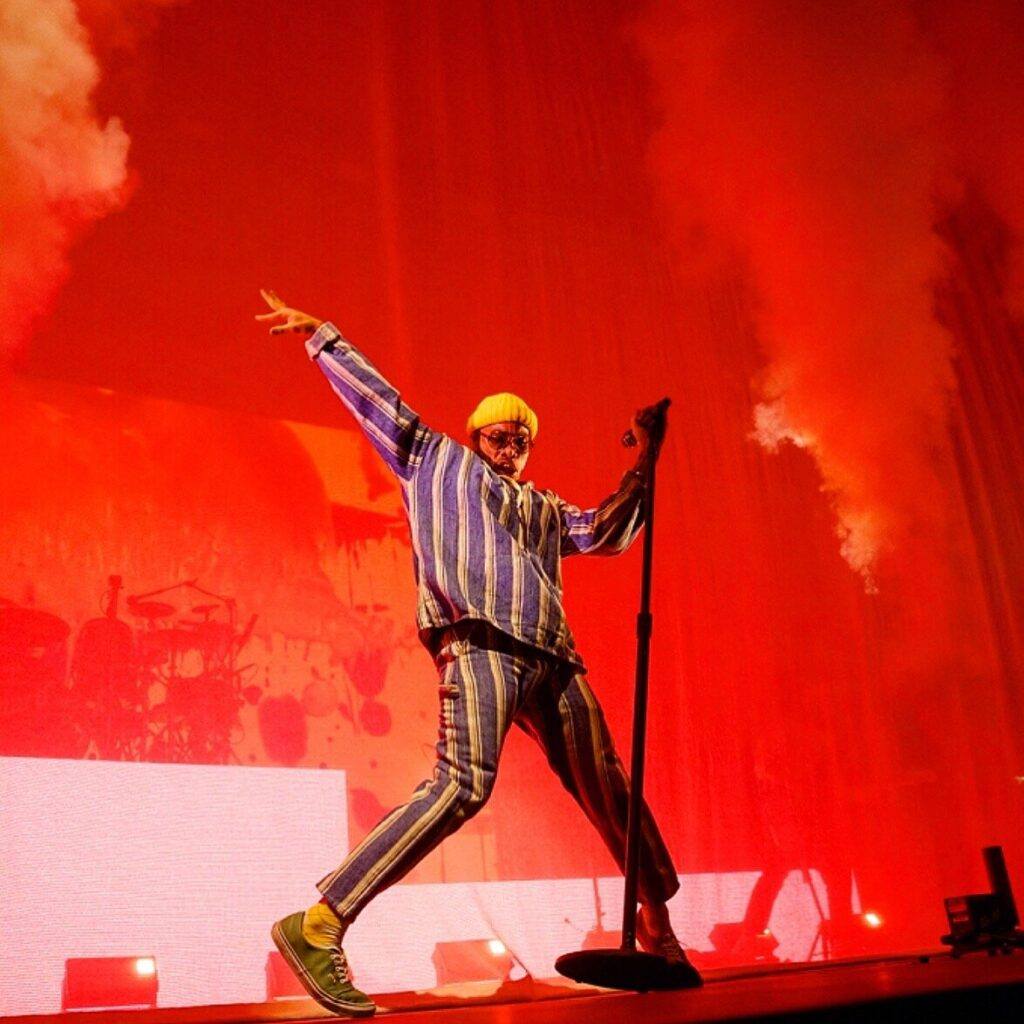 At that point, they’ve been just too many jobs. So luckily, a couple of my friends said, we’re going to lend you some money to start your own thing and work with all these companies. It got so frustrating trying to juggle band stuff and work stuff.

Luckily, a couple of my best mates have a company called Brotherhood. They do all music and billboards and music guerrilla advertising. So they might build a full sized Zeppelin inflatable and fly around London, if it’s Led Zeppelin’s 40th anniversary reissues week or something like that.

They gave me some money and said start something up. So that’s when Worn Out came around. It really was just supposed to be an agency or freelance version of all those other jobs. To be able to say to brands if you want to get into music, please come talk to us. We can kind of go right, here’s all the bands we think who’d love your product. Or here’s a music scene that you might want to look at.

That was pretty daunting, because I was still playing drums and going away quite a bit. Then actually I realised early days that you could work from anywhere.

So I thought, I’m a free man I can do whatever I want now. Trying to get people to sign up to something that isn’t totally accepted yet, it’s hard to pitch. You can’t really go in with a press book and say, here’s what we do.

I was working on an amazing brand called Sutsu, which was an organic T Shirt Company. Really beautiful graphics. Everyone loved him. They did great stores at Freeze and Boardmasters, exciting things because it was back to basics.

Rad Season is providing you with rentals and hotels at the lowest prices available online. Book your stay near Wandsworth, London using the map below!