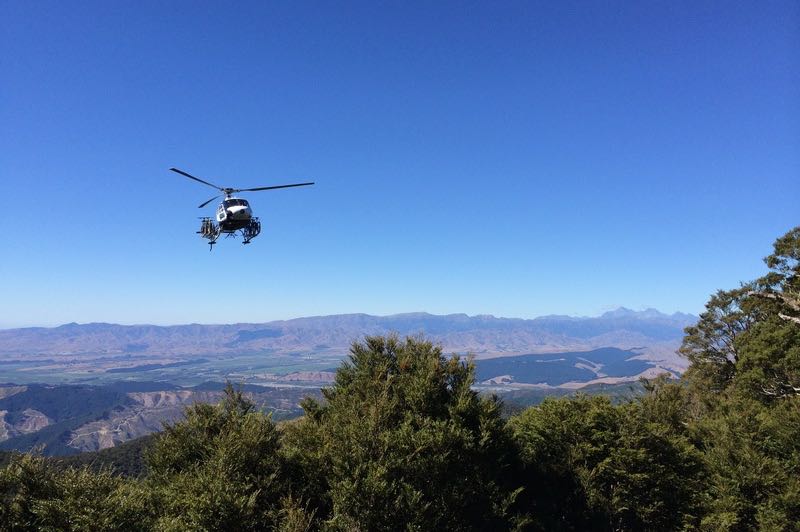 On a very cold Sunday morning, at the end of a long stretch of an unsealed, deserted, and frost-covered road we emerged at a camping ground. There were no tents but a small collection of cars and people crunching around in the frost, trying to stay warm.

There was a very good reason why we had driven to this remote place in the mountains an hour outside of Nelson, New Zealand. The people were mountain bikers and the camping ground the start point for a helicopter shuttle to the top of the Wakamarina Track. 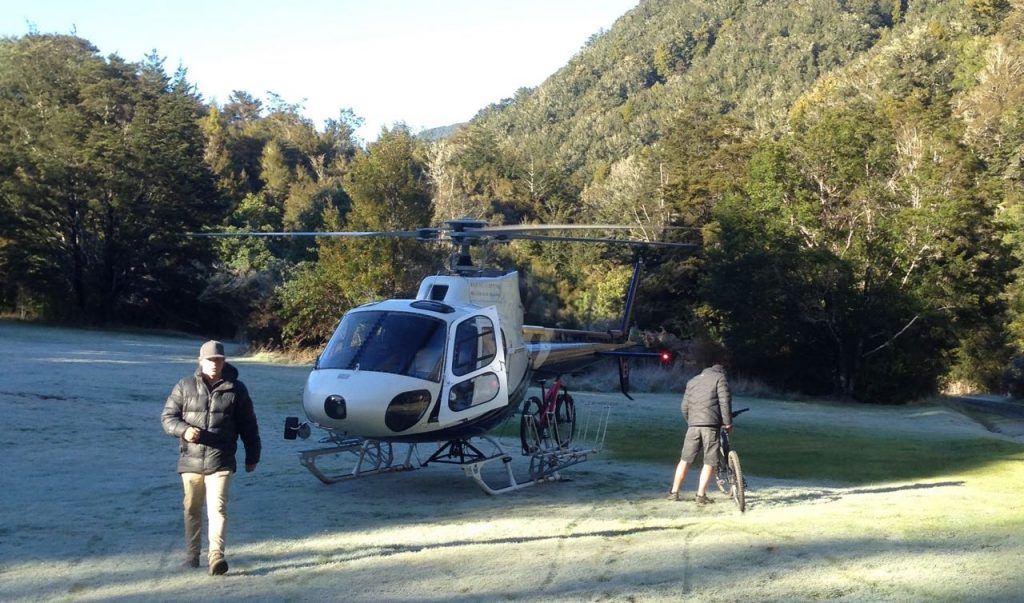 The helicopter soon arrived and after some rearranging of who was going in what order, we managed to get on the first flight. A short flight later we were dropped at Fosters Hut, a small 4-bed hut perched on the top of a mountain with spectacular views of Picton far in the distance.

Not wanting those on the next shuttle to catch up, we quickly saddled up and set off. The trail starts with a 15-minute descent to a river crossing, followed by a 50-minute push and hike-a-bike. I always try to ride up any hill that gets in my way, but this one was covered in knotted roots and large steps.

Eventually we reached the summit and a clearing where we sat down for some snacks.  The fun was about to begin! From here, all that was ahead of us was downhill. 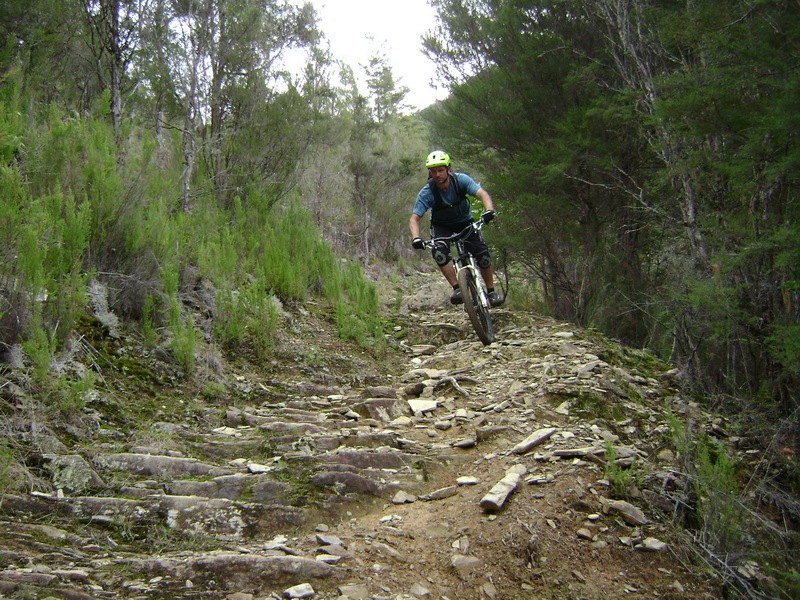 The track was built for gold mining in the 1800’s. Although mountain biking was not on their minds at the time, they certainly did a great job at building a top notch trail! It gets pretty full on straight away with a constant onslaught of big chunky roots, switchbacks, and chutes. The soil in between is covered with beech leaves, which the locals refer to as cornflakes due them being crunchy and drifty when dry, and a big sloppy mess when wet.

Although the trail is classified as Grade 4 Advanced, there is nothing too big to catch you out. You can push yourself to hit each straight as fast as you like before slamming on the brakes just in time for the next corner.

After a particularly steep section, we stopped for a quick break with massive grins on our faces to let our brakes cool down and enjoy the smell of our burning rotors. This was the end of the downhill part of the trail but there was plenty more fun to come.

The trail winds its way back to the camping ground at a slight incline, following the contours of the mountain.

“We hit the corners as fast as we dared, smashed through streams and negotiated some hairy technical sections.”

The descent from the clearing back to the camping ground took just over an hour but the high speed and adrenaline make it feel much shorter. If you are in the Nelson or Picton area, the Wakamarina Track should not be missed!

Check out this video of Brendan Fairclough and Andrew Neethling shredding the trail between 1:28 and 3:00 but the whole video is worth watching to get a feel for the trails around Nelson.

This trip was organized by Helibike Nelson in association with Reid Helicopters. The standard Wakamarina trip costs $395 (NZD) per person for two people or $295 per person for four people. Larger groups can also be accommodated.

Both companies also offer a variety of single and multi-day trips for all levels, as well as bike hire.

Rad Season is providing you with rentals and hotels at the lowest prices available online. Book your stay near Nelson using the map below!

Originally from the UK, Richard is a passionate mountain biker and mountain bike guide. He is currently on a never-ending mission to travel the world and ride in as many places as possible. Richard is happiest when he is on a mountain bike and loves to share the experience with others.