Rebecca Rusch grew up in the suburbs of Chicago and got into cross country running. In her first job out of college the office had an indoor climbing wall in the building. Rebecca was hooked and ventured across the country to climb. This opened doors to the outdoor community who got her into adventure racing leading to 10 years of adventuring racing and multiple victories in some of the world’s biggest races. After a tragedy seeing a friend die in a race and sponsorship drying up Rebecca set a different path into bike riding.

Friends invited her to 24 hours of Moab Bike Race and Rebecca recorded the fastest time of any women. She started doing solo MTB races and winning due to her endurance athlete mindset. This launched the second half of her career as a cyclist. She won 24 Hour World’s a few times which bridged the gap between her adventure racing and love of exploring with a new venue of cycling. Rebecca continues to do a lot of bikepacking expeditions and events including Iditarod Trail 350 in Alaska becoming the first female finisher.

Tune in to find out about Rebecca’s Emmy Award winning documentary Blood Road. Bikepacking across Iceland, getting inducted into the mountain biking and gravel bike Hall of Fame. Be Good Foundation, launching Rusch Academy and what’s coming up for Rebecca’s Private Idaho (RPI) 10th Anniversary.

Oli Russell-Cowan: How did you go from climbing, to rafting and adventuring?

Rebecca Rusch: I think most of us we might identify as I’m mostly a cyclist, or mostly a runner, but everyone I know runs, hikes, bikes and does some other things.

I really just tried to say yes, instead of No.

I didn’t have a lot of experience in these areas, but people were willing to hold my hand and take me along for the ride. I ended up teaching climbing and being a river guide and being able to teach other people. That all led to cycling.

It wasn’t a plan like I’m going to be a professional athlete, or I’m going to do this. It was just all these cool opportunities. 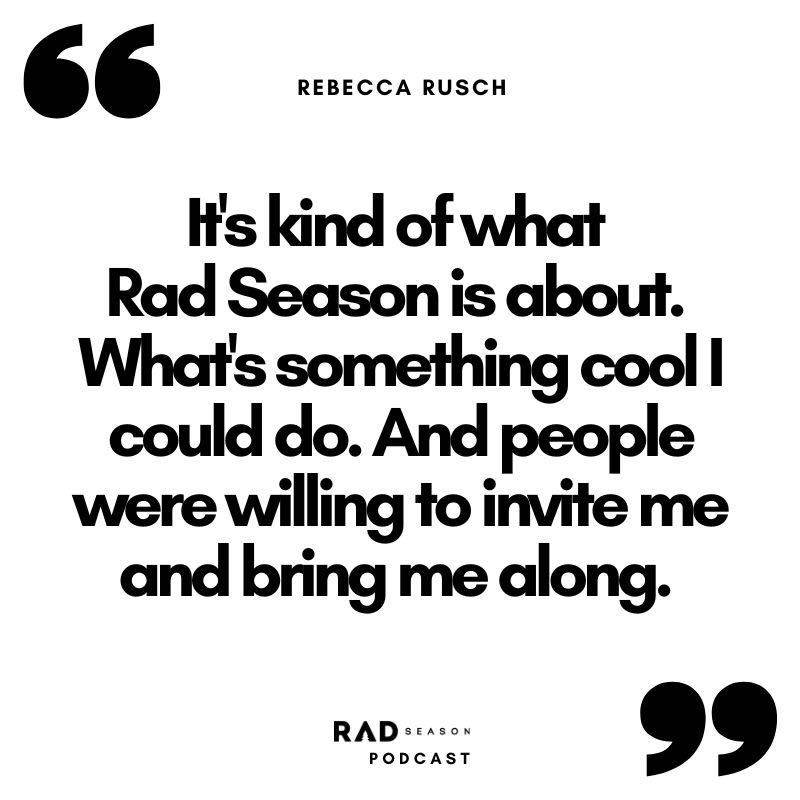 I think that’s an important part of building your community. Inviting your friends, they may not paddle but help them out, give them a boat, teach them some skills, or take them camping, teach them how to navigate.

That’s how we all learn. There’s tonnes of cool stuff on the internet. But I really feel like we learn from personal experience with friends. That’s how my whole career has been.

Oli Russell-Cowan: Back then it wasn’t like you could  jump online.

Rebecca Rusch: You could buy a book on navigation and try to read it. You’ve got to go out there and ask questions.

I did 10 years of adventure racing. That was a master’s degree in outdoor education.

You’re navigating, you’re paddling, you’re carrying stuff, you’re figuring out all the gear. It was a lot of trial and error. I really encourage people to get a bit of education first. But then you just have to go out and camp in your backyard, or go bikepacking and try it.

There wasn’t the internet to search it all up. But there was old fashioned books. It’s just where you find the information. 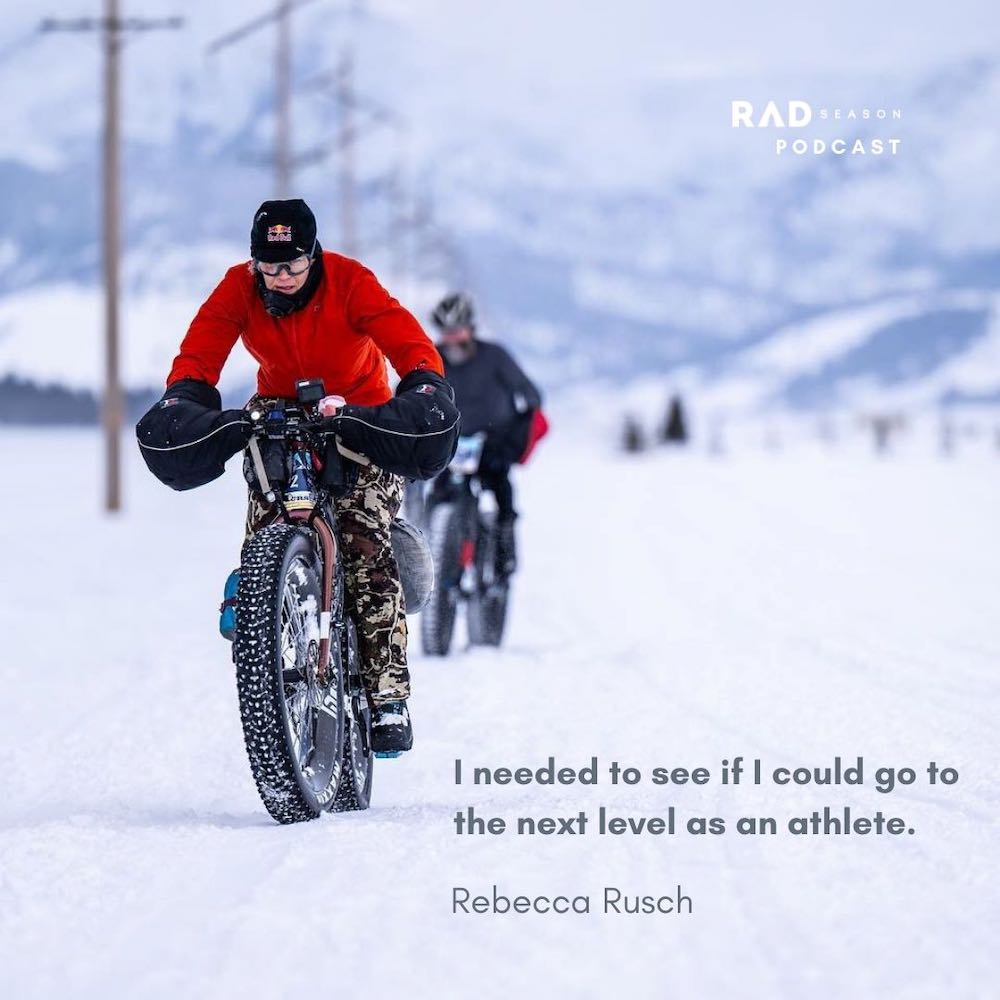 It was a really cool period of my life that launched into bike riding in a really strange way. It was a pretty big tragedy. A friend and teammate on another team was killed during an adventure race in the Pacific Northwest when rocks fell right in front of us. It was pretty traumatic experience for me and for our team. We didn’t do this stuff because we want to die. It was a real down period.

At the same time, on the heels of that we lost our team sponsorship for adventure racing. I’m sitting there going, Okay, what now? Honestly, again, an invitation from a bunch of friends were like, ‘come do 24 hours of Moab with us’.

I had no interest in bike racing. I sucked at cycling, I hated it. It was my least favourite of all the sports that we had to do in adventure racing. But I went to hang out with the girlfriends and we ended up winning that race.

I had the fastest lap time of any woman, pro included, on the course. I was running all the technical parts because I sucked at mountain biking. Literally, I cannot emphasise that enough. So I’d like to ride real fast on the fire trail parts, jump off my bike on the technical parts, get back on. I needed to burn off some steam.

Now  my husband, he was our support crew. He’d done 24 hours solo racing, and he’s like, you know you should do this solo? And I’m like, nah, I’m not a cyclist.

He goes, ‘you should do this just because of your endurance and your mindset’. He convinced me to do a solo a couple months later. I won the race overall and beat all the men and everything.

I went to my sponsors including Red Bull and I was like,  I’m gonna try this 24 hour bike racing thing. My second 24 hour race was nationals. And I won that.

That really started this cycling trajectory.

Rad Season is providing you with rentals and hotels at the lowest prices available online. Book your stay near Ketchum, Idaho using the map below!