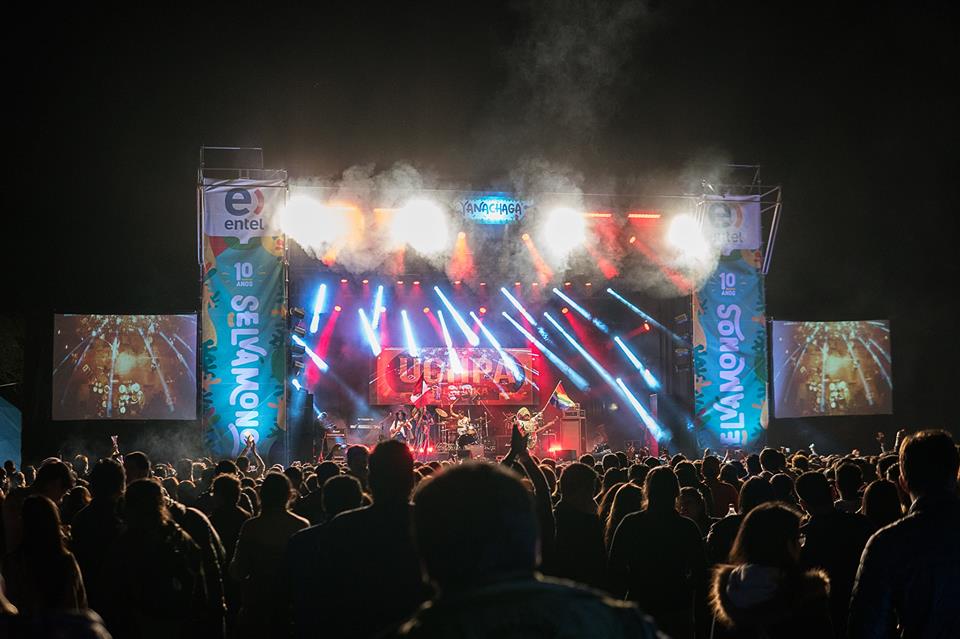 Ten years ago, Miki Gonzalez was an established star on the Peruvian music scene, a pioneer innovator in Peruvian-Afro music with hit songs and tours nationwide, and a large local following. Naturally, Selvamonos founder Lionel Igersheim, from France, wanted Gonzalez on the bill for the inaugural festival of music and arts he was putting together in the jungle highlands of Oxapampa, Peru, far from the established music scene in the capital city of Lima.

Igersheim took Gonzalez and his manager out to be wined, dined and persuaded to bring his talent and reputation to help launch the ambitious event he’d conceived involving a variety of musical styles — rock, jazz, cumbia, reggae, electronic — to be performed outdoors in a jungle outpost hundreds of kilometers from Gonzalez’s home.

The independently minded Gonzalez would have none of it. Even as a free-thinker himself, Gonzalez couldn’t feel the concept. He was already a veteran in the business in his 50s who wasn’t about to jump in a car to travel 10 hours for such a venture.

‘No way that’s going to work’ 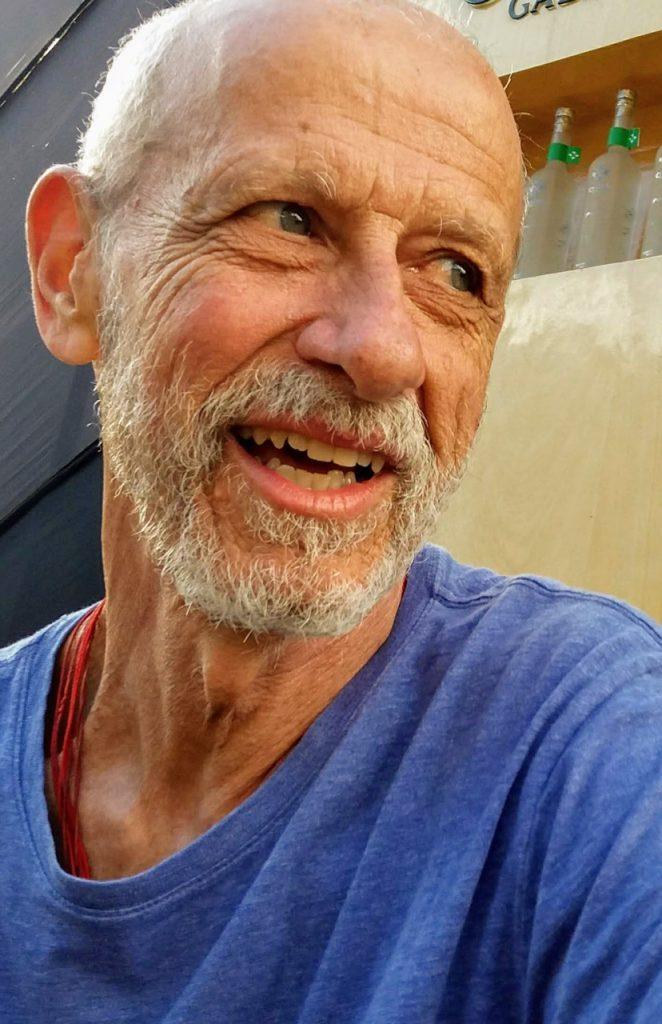 “Thanks for the food and everything,” he told the visionary Igersheim, “but no way that’s going to work.” And Gonzalez stayed home.

Gonzalez was invited again and again over the next few years and the answer was always the same.

Earlier this year Igersheim called again. The 10th anniversary of Selvamonos was around the corner. The festival had endured and become a success. It was still growing, still innovating, and exciting more fans than ever in the beautifully rural, brilliantly sunlit, verdant-and-azure surroundings of the UNESCO-designated Oxapampa-Ashaninka-Yanesha Biosphere Reserve.

The dream grows in the Amazon 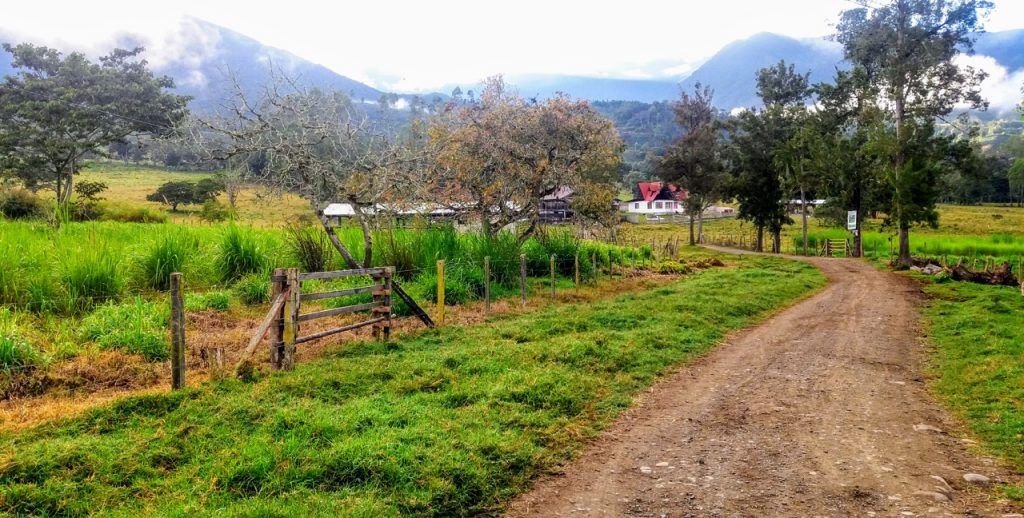 Selvamonos, a contraction of Spanish words “selva,” or jungle, and vamonos, “let’s go,” celebrated its 10th anniversary in 2018 on June 29-30, in the same setting where it was borne of Lionel Igersheim’s persistence and and drive to see a Herzog-like dream come to fruition in the Peruvian Amazon.

Gonzalez and his outstanding musician friends comprised one of 21 bands — all but five from Peru — that performed on two stages for thousands of fans over two days of the formal festival setting, which included local artists, cultural exhibits, native foods, vendors of all sorts selling locally handmade products, environmental exhibits, artifacts, games and other activities for children.

There was also a large area set aside for campers who came from all over the world seeking the inexpensive and socially rewarding experience of pitching tents and sleeping on the festival grounds.

The otherwise sleepy, quaint town of Oxapampa comes alive as well during festival week with free concerts, dance, parades, theater events, sidewalk vendors and a huge festive sense of community spirit in support of the festival.

On the Thursday night before the festival started, several restaurants and bars supported free sampler concerts by local bands and festival performers.

“It’s really good for Oxapampa, the people, the town,” said Charley Gonzalez, who was born and raised in Oxapampa.

The affable Gonzalez (no relation to Miki), opened “Charley’s Bar” 11 years ago, one year before the birth of Selvamonos, on Jr. San Martin, one of Oxapampa’s main thoroughfares.

Charley’s Bar was jammin’ Thursday as bands played live on a large flatbed truck Charley parked outside for a stage on the street, while inside Gonzalez busily directed his staff and hustled himself to fill glasses with locally brewed Brillenbar craft beer. 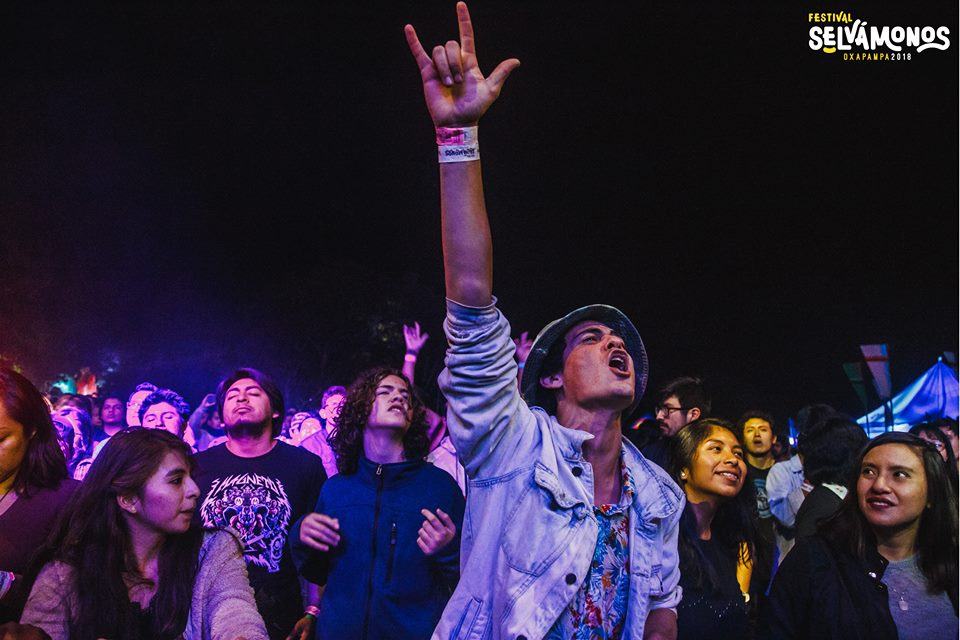 Earlier, the iconoclastic duo from Southern France dubbed “The Inspector Cluzo,” one of the international weekend performers featured at Selvamonos, played to crowds in the street fronting the cafe Ceja de Selva just off the small town’s busy, central Plaza de Armas.

Cluzo’s music is powerful combination of astounding rock-and-roll proficiency and profane anti-social instincts that transcend the norm to inspire their rapidly increasing fan base wherever they appear.

Hugo Schroeder, a 27-year-old from France, who works in Canada and took in Selvamonos while traveling for a month in Peru, said without hesitation that Cluzo’s Friday night performance was the best he’s seen. His new friend Jannik “Panda” Petersen of Germany, who paves a path of permanent travel with odd jobs and handmade jewelry sales, quickly agreed that Cluzo was one of the highlights of the festival.

“They produced more volume and layers of sound with just two instruments and their voices than most other bands ever dream of,”

said Schroeder, who admire their independence and social persona that includes an onstage “fuck them” attitude toward everything from Monsanto, computers, the bass player, French people, and, yes, to all of “yourselves” in the audience, too. 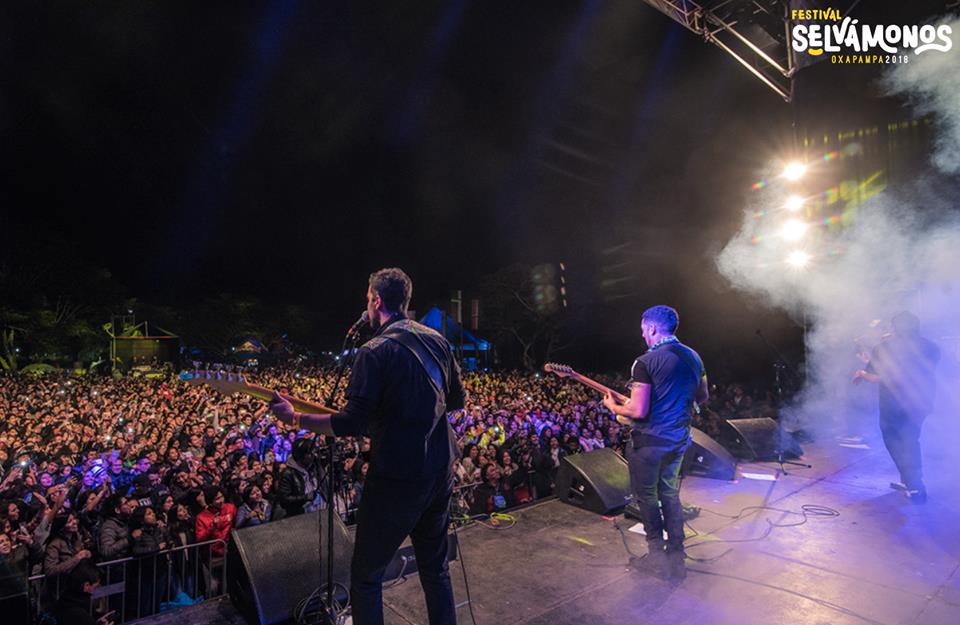 Later drummer Mathieu Jourdain explained that he and his partner Laurent Lacrouts, who are otherwise a couple of farmers from Gascogne, reject the typical business profile of rock and roll and do everything on their own — labeling, booking, management, recording and publishing — with their own label, of course, called Fuckthebassplayer Records.

Their incendiary performance inspired the anti-social tendencies of their audience who engaged in frenzied stagefront mosh-pit antics.

“It’s not something we planned but people respond to it,” Jourdain said. “They come up to us to tell us how much they like it.”

Sometimes such fervid independence is difficult, for instance getting themselves into the larger festivals and performance venues, but the freedom is satisfying, Jourdain said.

“It’s our response with how the world is going, (and) we don’t like that. We are ‘people of the soil,’ the name of our last album, and people respond. They come to our farm, and we invite them.

“We are in the music biz the same way into farming … and if everybody doesn’t use (Monsanto’s) products, maybe they will go out of business. That’s who we are.”

Selvamonos itself is supporting social communities. This year in conjunction with Selvamonos 2018, the first training and professional exchange meeting was held in Lima, Peru, including the Ministry of Culture, called Selvamonos Conecta.

Music execs, musicians and industry professionals discussed issues related to the state of the music industry in Latin America and its role in the development of the cultural sector, proposals for future musical events, and the creation of networks and workshops aimed at increasing the international exposure of Latin American musical events.

With representatives of the industry from Brazil, Mexico, France, Chile, Ecuador, and Colombia, as well as 15 representatives of the musical sector, including public and private organizations from Peru, participants made it a point to contribute to the environmental project supported by Selvamonos 2018 organizers, the Oxapampa Children’s Forest.

The festive air never stopped for two days with Peru’s Pooow! picking up the pace for the opening of Day 2, quickly attracting a crowed with an infectious electronic dance show.

Other international bands included Little Jesus of Mexico, Spain’s sublime Iseo Dodosound with the Mousehunters, Kebra Ethiopia and Nano Stern of Chile, who wowed the crowd with an inspired performance.

Among the more notable favorites were an outstanding performance before a large, amazingly receptive audience of fans for Peru’s own Cuchillazo, an enormously appealing band of hard rockers, and of course, Miki Gonzalez, whose performance before a huge crowd of adoring fans proved he should have been there all along.

“It’s working,” he said, following his enormously popular performance. “I like it, this is like a mini-Woodstock.

“I’m really glad I was wrong.”

David Hunter Bishop is a senior solo adventure traveler, staying alive by not staying still. Next, he explores the Amazon River on his way to Brazil.

Rad Season is providing you with rentals and hotels at the lowest prices available online. Book your stay near Oxapampa using the map below!

I thought I had it made in Hawaii after a 37-year career in journalism, but when the retirement recliner started chafing my butt, I packed up and hit the road in 2016. Now I’m a senior solo traveler, looking for fun, adventure and friends around the world, staying alive by not staying still. I’ve hiked and biked in the Peruvian Andes, jumped over waterfalls in Guatemalan jungles, rode motos in the wild streets of Hanoi and Saigon, explored the swampy depths of the Mekong Delta, worked on a Mayan farm up the Columbia River in Belize, drank with Berliners at German beer fests, hung with the hooligans at a futbol match in Medellin, sat in Mexico’s team dugout at the Caribbean World Series in Culiacan, played the black market cigar game in Havana, bought legal pot in The Netherlands, negotiated for some not so legal stuff elsewhere, and always went where I was told not to go. I found friends and lovin’ all along the way and the stories just keep comin’! Life is good if you make it that way.