Scott Martin is the Founder of Groundswell Origins, a Serial Entrepreneur, Content Producer and Podcaster

Scott will discuss how his passion for wind surfing and action sports lead him from Canada to Hawaii. How he started off his entrepreneurial journey selling websites in the late 90’s during the dot com boom. He then set up a company called Next Click focused on personalisation technologies.

Scott will talk about how he became focused on the concept of immersion and sustainable growth marketing and building up his own agency helping his clients with their digital marketing needs. He’ll chat about getting hooked on cat skiing in Canada and how content marketing and social media changed everything and provided companies the ability to expand their reach in an authentic way.

Scott has built numerous communities within the action sports space and has run his company Groundswell Origins for the past 5 years which mentors and teaches entrepreneurs to scale business rapidly, sustainably and exponentially.

Oli Russell-Cowan: Were you working back in Canada saving up and then going off  on trips?

Scott Martin: Pretty much. I would basically work bartending or waiting tables. As far as I was concerned, it was like every dollar I made went towards snowboarding, surfing, traveling. To me, that was it that was my entire life.

Every dollar was fixated on what my next trip was going to be and my equipment. I did that for a number of years. One of the things that that did along the way was read books. 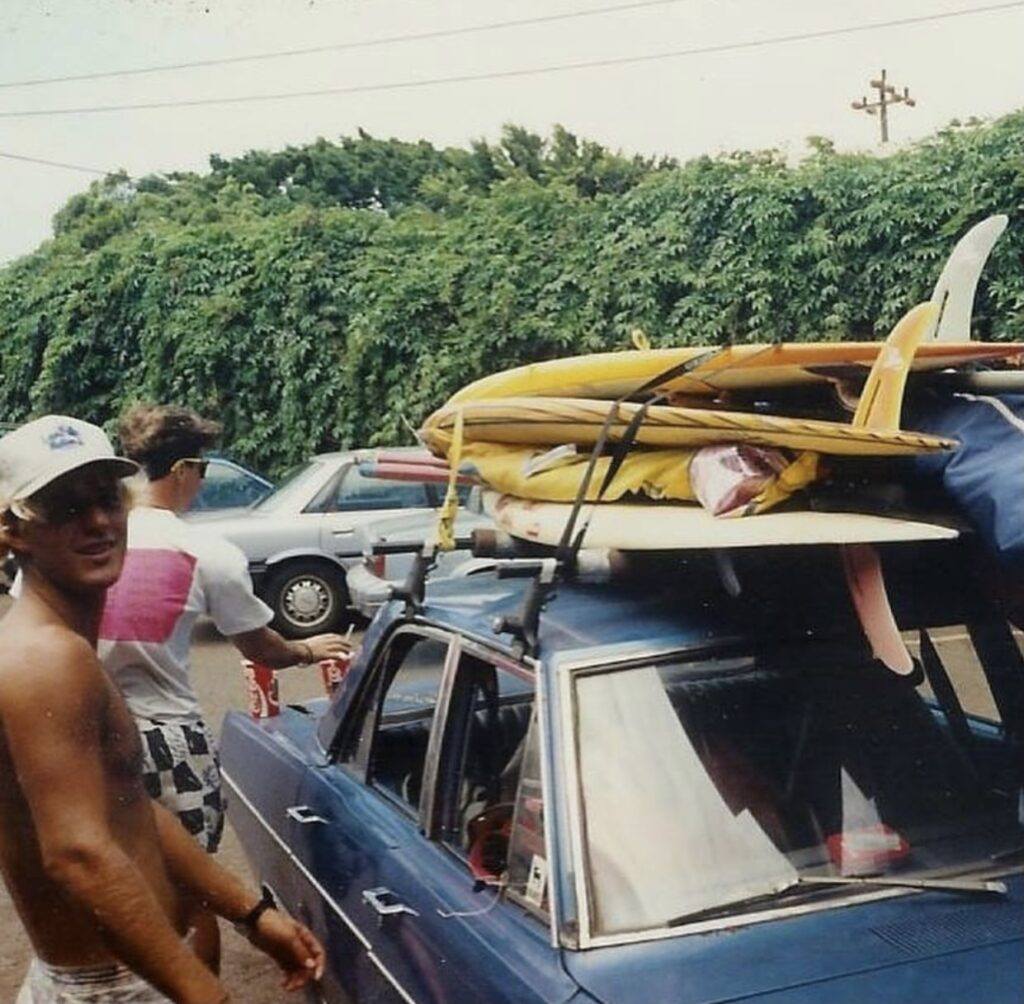 I was really interested in business. I remember going to Costa Rica and coming back from that trip I had taken a long detour following a girlfriend. Long story short I found myself deported in Miami airport. And I bought a book called awaken the giant within with Tony Robbins. That book set me on a very different trajectory of life where I really started leaning into personal development and business books.

When I got back within a month, I was working as a assistant manager at a very new franchise and had direct access with a very successful business owner and he handed me this book called, ‘The Pursuit of excellence’.

So this is actually started my whole journey around what I’m doing today, marketing and it started with customer service. This idea of this book is to be something more. I appreciated as an athlete, I was always striving to this pursuit of excellence.

I wanted to be a professional windsurfer.  I enjoyed it, I was playing at the highest levels. Jim and I were probably top 10 in Canada. To compete against the best it just wasn’t realistic, but I loved that pursuit.

For me it was immersion. If there’s a story that leads to today is that I went into full immersion. I just lived, eat, breathe anything I did.

I literally lost a girlfriend who came over to stay with me in Hawaii. I said, ‘look, this is the deal. I’m here to windsurf. I’m here to train. This relationship’s amazing but it takes second seat. That lasted like not even a month.

I was very intentional. I have always been that way. I go into full immersion.

You can’t believe how much skill you can gain in that time. I’m sure people you listeners that that are into sports. They realize: 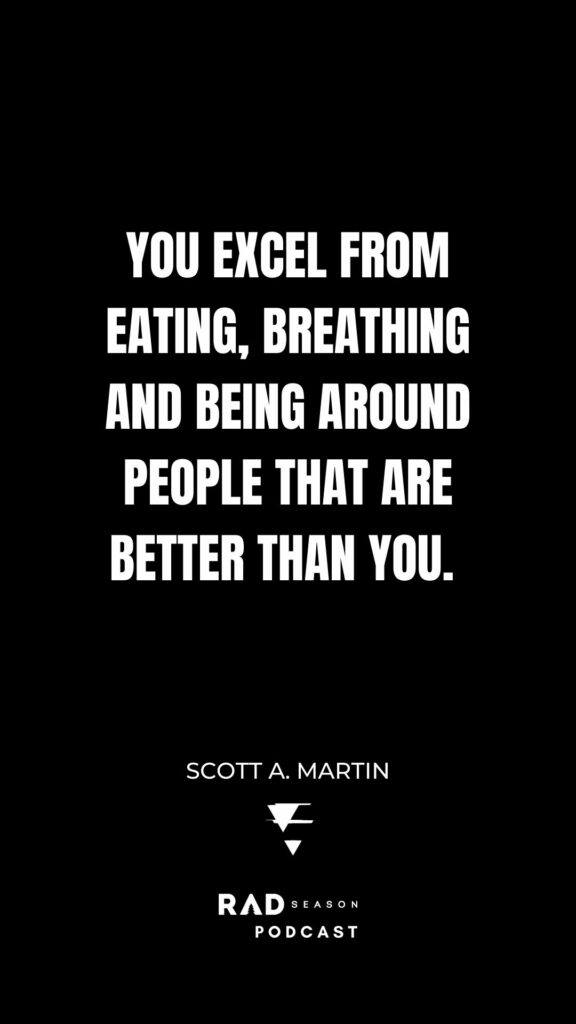 I started immersing myself around entrepreneurs and really successful business people and looking at what were they doing.

I saw that as my next adventure to be honest with you. I remember I actually had my first business card for myself was was it said Scott A. Martin, it was on recycled paper, I brought it to Costa Rica, my one of my big surf trips, but I misspelled entrepreneur.

Someone pointed it out to me, like a year later at a bar that I gave out. ‘I think you spelt this wrong.’ I’ve been passing those out like candy. And so of course, spellcheck wasn’t around at that time.

I’ve always identified with being an entrepreneur. This is before people were like what’s an entrepreneur? What does that really mean? Now it’s in the lexicon, it’s so pervasive.

Back in the day, I always viewed myself as an outsider. 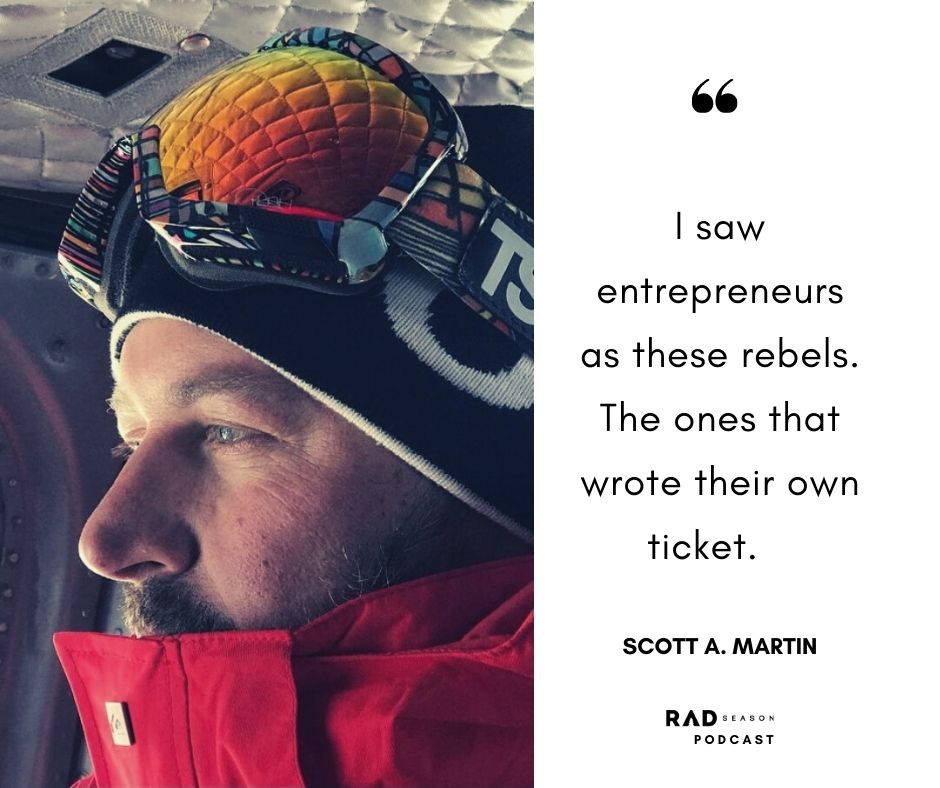 For me was about how do I run my own business so I can go do the surfing, windsurfing, snowboarding, and all the stuff that I love, and still live a good lifestyle.

That pursuit and immersion continued and I end up getting an opportunity. Right at the beginning of.com I got an opportunity to work with an entrepreneur, venture capitalists. This is when I had to go to people ‘you need to be off yellowpages and you need to be on on on this thing called the internet.’

I was selling websites. And I was so unbelievably successful that they decided to prop me into my own dot com and create my own .com company because funding was just flying if you had any sort of concept.

I called my first company ‘FutureServe’. Based on the future customer service. I was like that’s gonna be the future. Customer service at the highest level will be on the internet.

We end up renaming to ‘Next Click’, which was focused on personalization, which is one to one marketing technologies. I saw at the time then was incredible, as a way of creating these intimate relationships.

I was fascinated with the technology from collaborative filtering, which is what you see on Amazon, which magically gives a recommendation. It’s basically relational databases that can look at clusters and matches you.

I started again, immersion, I found somebody who actually had done a nonprofit, and had made impact and change. I had two mentors. I worked with a PR agency in Boston, Massachusetts. A year later, I got Don Peppers, the guy who pretty much started the personalization industry on the board.

I was the president of board and I’m in my early 20s. American Airlines, United Airlines, PricewaterhouseCoopers. It was all about ethical information management and self regulating.

So I really put my dent in the universe. And then just when it was just starting to take steam, and we actually follow the FTC about self regulation and transparency the.com crash came in that the funding for it kind of just collapsed in it as well.

I really felt like that was another example of immersion and really following your values and what your interests were in. 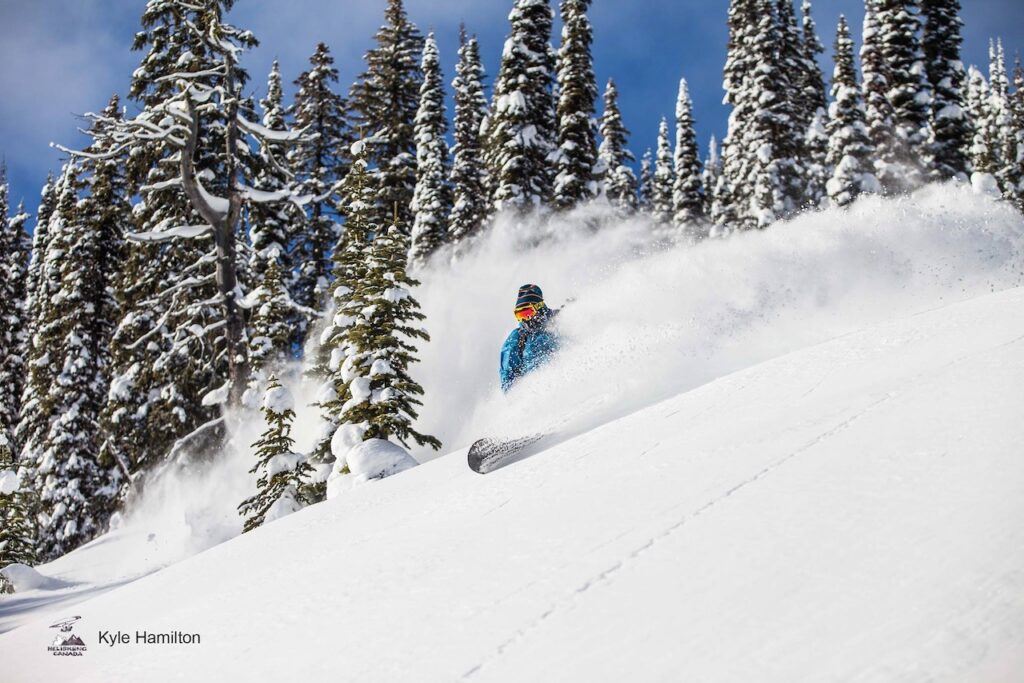 Oli Russell-Cowan: How big did you grow the team?

Scott Martin: Next Click was around 15 people or something. This was the  beginning of my journey in sustainable growth marketing. We were doing all this stuff but not actually making income. Investors were like no, it doesn’t matter, it’s about market share and visibility.’

When thing whole thing started imploding I’m going have we maintained what I was suggesting, which was cash flowing through services like website development and stuff we would have sustained and  continued to grow. I believe it could have still been a juggernaut a digital agency to this day.

Rad Season is providing you with rentals and hotels at the lowest prices available online. Book your stay near Calgary, Canada using the map below!