Ryan Runke grew up in Kansas City playing traditional sports and soccer competitively. He learnt to snowboard in Snow Creek Missouri when he was 15 and started skateboarding and the rest is history. After finishing school he headed to Southern County to be a snowboard bum and ended up in Breckenridge, Colorado with the goal to snowboard everyday.

Ryan got his start in the action sports industry as a buyer and manager of a snowboard shop. He knew the industry was in California so he packed up his stuff and moved to San Diego and was going to figure it out. Ryan got a job with Version. This lead to working at K2 Snowboards overseeing Global Athlete Marketing. He then moved to Rome SDS as Team Director and Global Marketing Manager. Red Bull came knocking and asked Ryan to look after Travis Rice and the Art of Flight Production which became a role managing their skate and snow athletes including Shaun White and Ryan Sheckler.

Staying within athlete management he moved to the agency side first to Prime Athletes and then to evolution management + marketing where he still looks after a roaster of some of the best athletes in the surfing, snowboarding, mountain biking and skateboarding world.

Tune in to find out how Runke got into managing athletes, what is was like when his client and friend Red Gerard won Olympic Gold in Snowboarding slopestyle at Pyeongchang, South Korea. How he is creating campaigns for some of the world’s biggest outdoor brands through his agency Homestead Creative and loads more!

Oli Russell-Cowan: What do you think has been the biggest change in the industry?

Ryan Runke: I think the whole space has matured a bit. The money is not as free flowing. I think that it’s even more strategic now. I think that the way people take media is so much more accessible.

Pseople time to process information or process media, is like 20 seconds at a time, right. The art of filmmaking, the print magazines, all that stuff that was so important to all of us grown up a lot of that’s gone. Maybe it’ll come back. I think feature film should come back. I think people need to have those big moments.

There’s a lot of positives with what the world is now with internet and social media. Everyone’s a brand and stuff like. I just think it’s changed, but adapt or die. 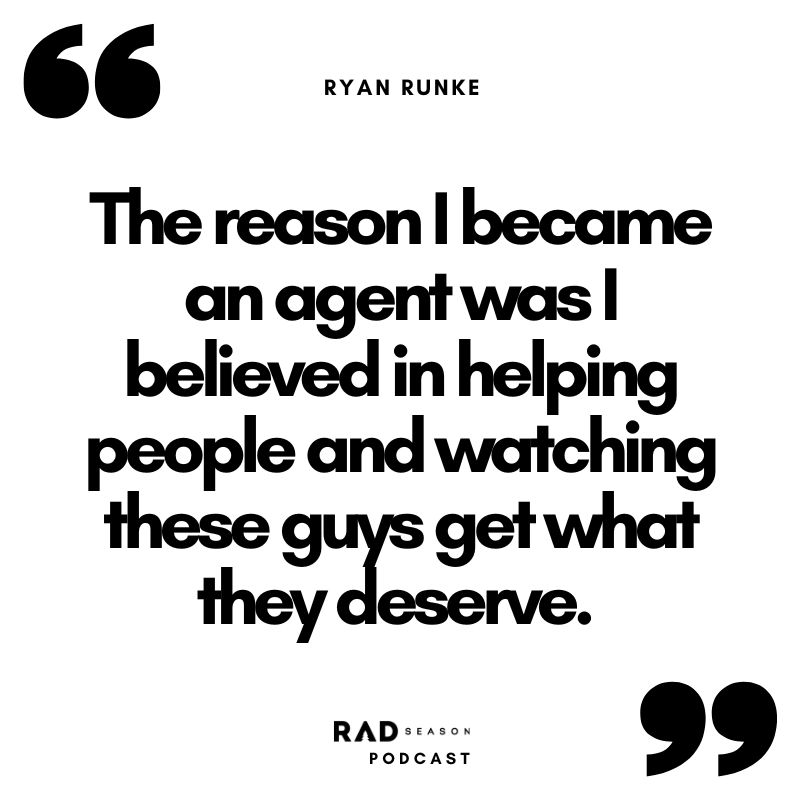 Oli Russell-Cowan: After being a team manager at Red Bull was that when you thought about becoming a sports agent?

I tried to always do a good job on both sides. But I think that what really made me stoked and happy, maybe was I wanted to help these amazingly talented people that most of them are my friends achieve their goals.

Let these guys get not taken advantage of. Let them get paid their value, let them really be treated like professionals and make a real living out of it. With that said, you can’t be good at everything.

I can’t do what they do. But I don’t think they want to do what I do either.

The reason I became an agent was I believed in helping people and watching these guys get what they deserve and to make sure they get the most out of the short window they have. plus and I love it and it was a chance to do it.

I’ve gotten their best interests at heart. Their agenda is my agenda. Hopefully, I’ve helped a lot of them and giving advice, helped mentor them on how to handle business and make the most of opportunities as well. 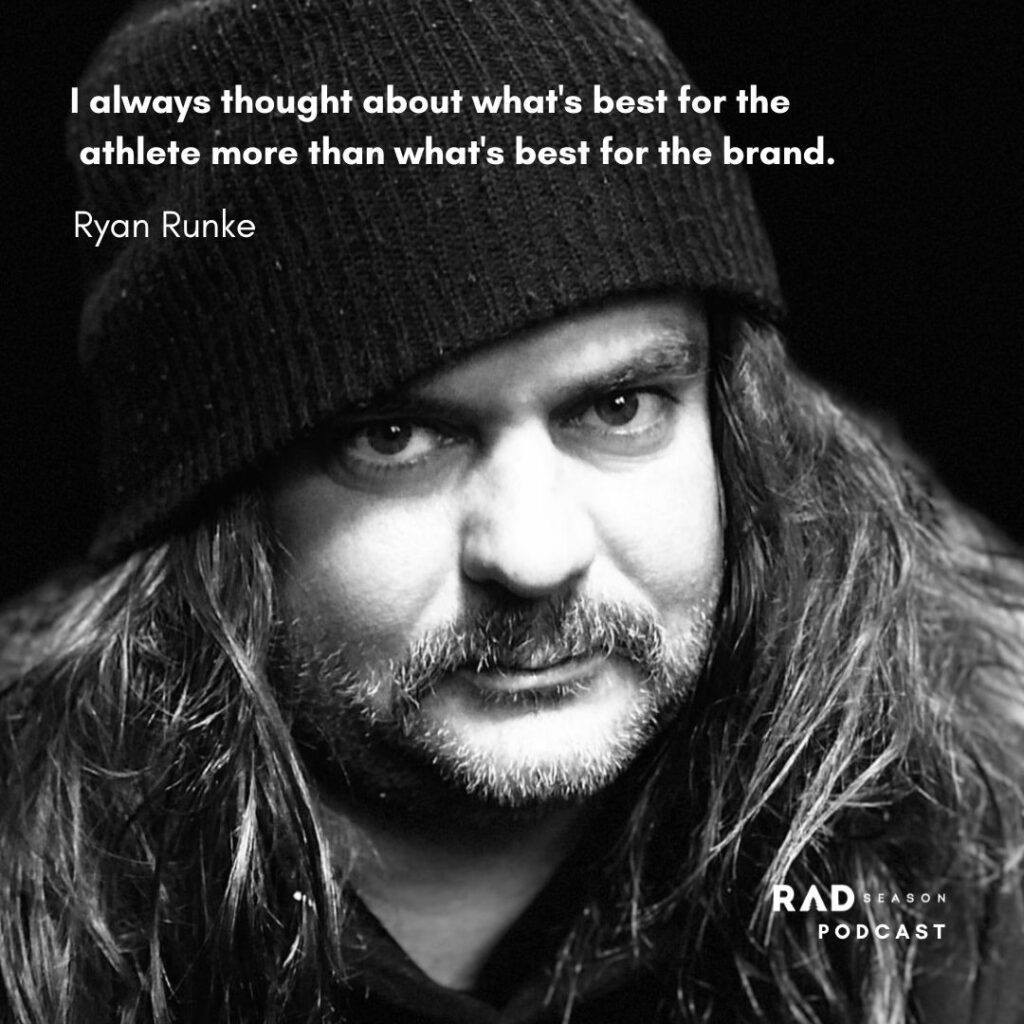 Ryan Runke: I’ve worked in the bike space in the skate space and surf space. It’s all just knowing the good people and understanding how they work.

I could go and work in golf and negotiate the same there as I do here. It’s not rocket science, what I do. It’s just managing people. You can’t manage anyone the same. Everyone’s different.

Ryan Runke: Absolutely. If you do it, right, it’s just like diving into the space and diving to the person and realising that the person has got an amazing talent. And then figuring out a programme for them and what they need to be successful.

Rad Season is providing you with rentals and hotels at the lowest prices available online. Book your stay near Santa Monica, California using the map below!