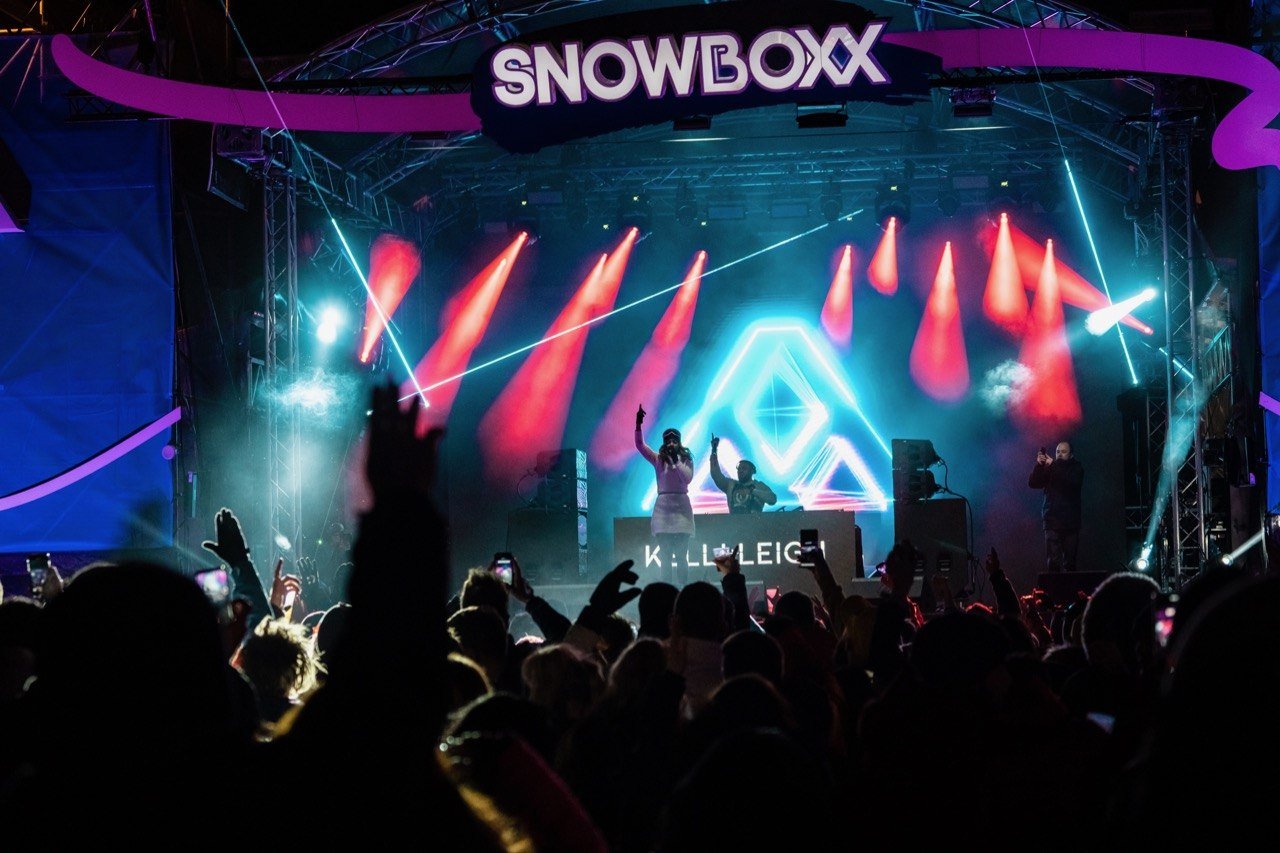 A music festival in the snow you say?

Combining one of my favourite sports, snowboarding, with a bit of bass music seems too good to be true; and Snowboxx in the high Alpine resort of Avoriaz definitely fits the bill.

Snowboxx is one of the fastest growing music festivals on an increasingly busy winter festival calendar. It’s late March 2019, and having just arrived, myself and my roommate are enjoying spotting the rowdy revellers dragging oversized suitcases through the ankle deep snow. So far, it is looking a lot like Bestival-on-ice… 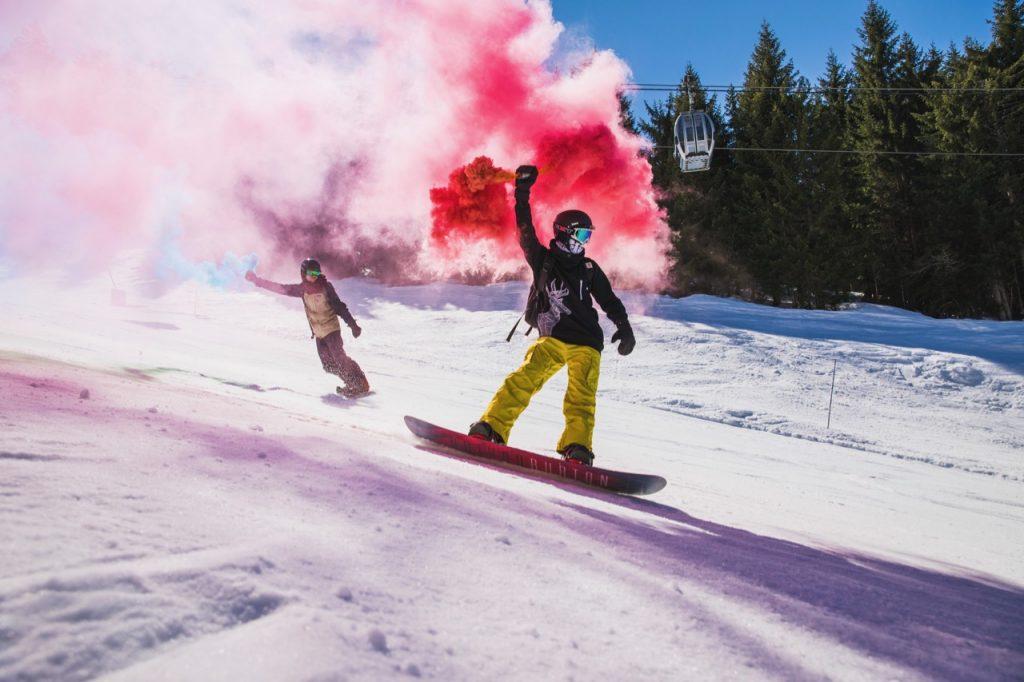 When the sun comes up, the view from the balcony of our hotel, L’Amara Residences, is genuinely breathtaking. Avoriaz is situated at 1800 meters, and being on top of the mountain means we get the early morning sun and an epic view to go with it. Croissant and coffee done, it’s time to hit the slopes.

Pretty much every hotel in Avoriaz is ski-in/ski-out, which is one of the benefits of a modern ski resort. L’Amara sits on a nice wide blue run that heads to the Proclou lift, a gentle start to a day on the mountain. Being an accessible blue run in the centre of town, this does mean I spend my first run slaloming through foal-like skiers and boarders, and avoiding conga lines of ski schools. That’s not to say I don’t look like Bambi on ice either, and my first run of any trip normally ends with me on my face numerous times.

I spend most of my first day in the Lindarets bowl, a valley fed by various blue and red slopes, with the Stash snowpark beckoning for the more daring. Daring for me would likely end in an airlift, so I stick to trying to go as fast as I can (not very), with terrain here varied enough that even after half a day, I feel like I’m still finding new routes. A whole ton of fun. 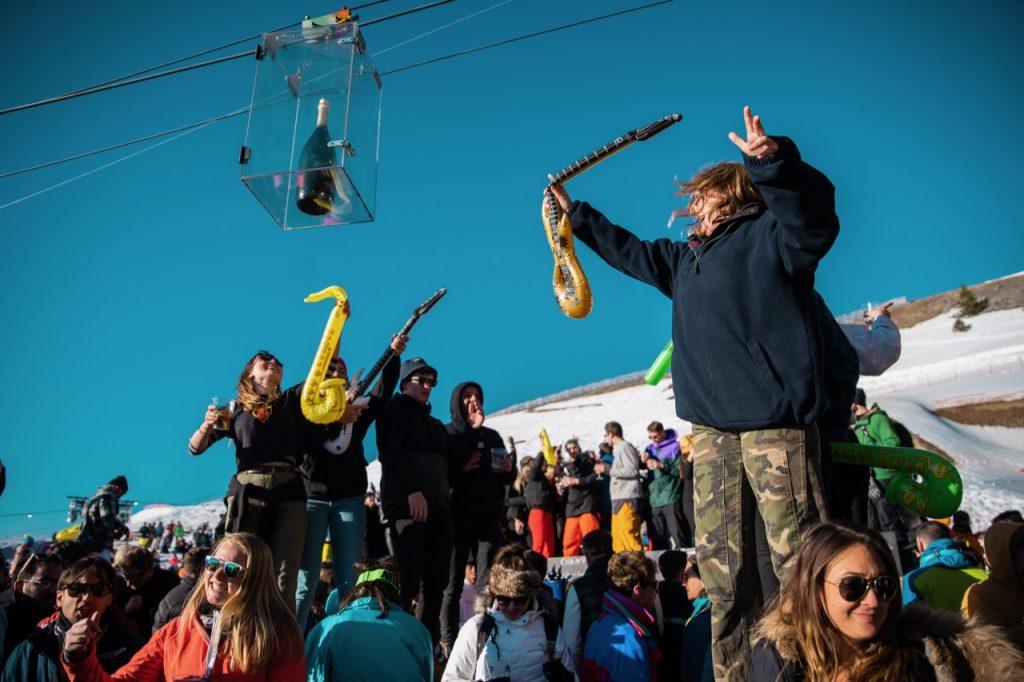 La Folie Douce, pretty much the first bar when you come off the mountain, is where the party has been building throughout the day. It seems that, in Avoriaz, apres ski starts before lunchtime, and with the festival vibe in town, perhaps doubly so. This is also where the official Snowboxx 2019 launch party is happening, so by late afternoon it’s pretty bumping.

Dancing on the table in ski boots, singing along to dance classics and wearing garish retro ski-wear is the order of the day here. We down a few, get our singing voices in order and then head off to get ready for the first headline act of the festival over at the main arena, Rudimental.

With the sun long since set, it’s pretty damn frosty out there, so dancing isn’t really optional. That isn’t a problem as Rudimental’s DJ Locksmith plays an infectious set of mashed up dance classics, Rudimental hits and even a bit of funky stuff.

We then head over to the XX Club, a short walk from the main arena in the middle of town. Having warmed up to the upbeat and funky Rudimental, the party goes til late with the deep techno sounds of Madam X. A blend of UK funky, deep tech and glitchy bass music, it’s hard to stand still, even with those first day boarding aches.

A party in an igloo 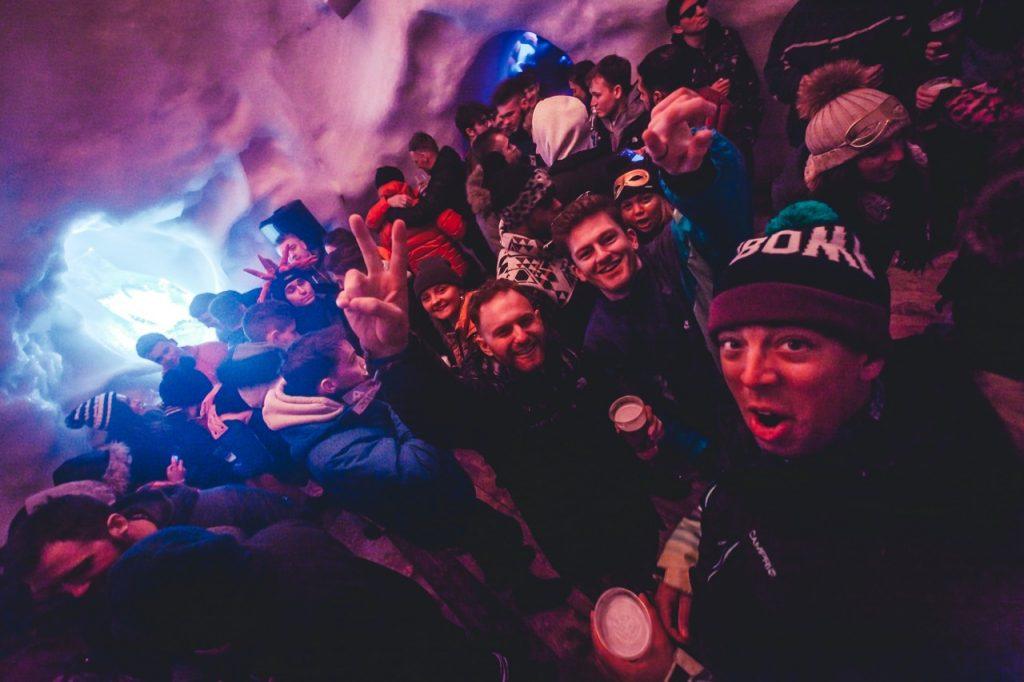 I’m an old skool drum n bass head, so a party in an igloo featuring Wilkinson and DJ Becky Saif is right up my, er… Mountain? Well, that is where the venue is for the second day’s main event, halfway up a mountain overlooking Avoriaz. In fact we need to be ferried there in a snowcat, which isn’t the most comfortable ride of my life.

The igloo itself is next to an outside stage, where most of the action is taking place. Inside, it’s all cool lighting and ice scupltures, but for the hardcore drum n bass crew, being out in the approaching snowstorm giving it your best bass face is the place to be. And with the snow coming down hard, the banging soundtrack compliments the scenario perfectly. In fact, jump up drum and bass might be the only music appropriate for snowstorms on the side of mountains…

Wilkinson delivers an exceptional set of classic and contemporary crowd pleasers, with Becky Saif not just picking up the gauntlet but throwing it down again and again. Despite the snowstorm, there is a hardcore contingent of us still yelling for more at the end! 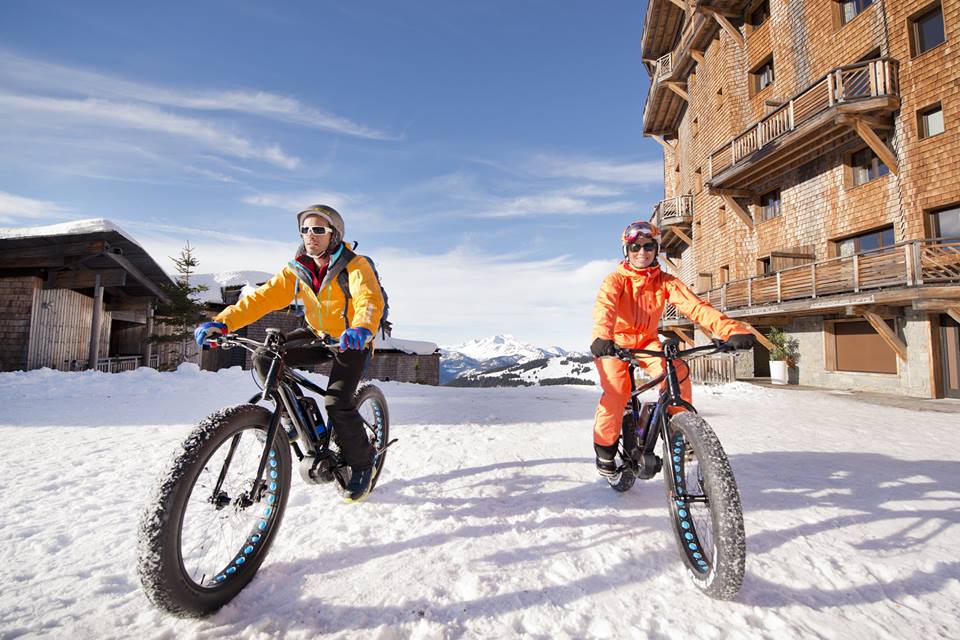 By day three, I know where I want to go to make the most of my day on the mountain and I’ve gotta say; I love Avoriaz. It offers whatever level of challenge you want, with mountain or valley runs, meandering tree lined pathways or turbo charged mountain descents.

Later, as a change to the standard procedure, we’re invited to explore Avoriaz via different means; electric mountain bikes, or eFat Bikes. Mountain biking on snow is a new one for me, but it makes an interesting change and a totally different way of exploring the area. Even with chunky tyres and power assisted pedalling, it takes a bit of effort to get up a hill, but our guide Jérémie is very patient.

By the end of our two hour tour though, we’re all enjoying bombing along the paths and even trying tricks like drifting and jumps. True to form, however, I’m the one who manages to stack it in impressive fashion off a jump. Well, you know… Go hard or go home!

Snowboxx is an incredible experience, giving the usual festival format a different focus, it’s like apres ski on steroids. There are so many other side events like snowball fights and bottomless brunches, so no two days are the same. So if you’re getting music festival withdrawals this winter, book yourself in to Snowboxx 2020.

See you there next year!

Rad Season is providing you with rentals and hotels at the lowest prices available online. Book your stay near Avoriaz, France using the map below!

Oli Lynch is a writer, marketer, blogger and general bon viveur from the UK. As a kid, he travelled extensively with his family, spending a lot of time in India, France, Ireland and north Africa. Now older and not much wiser, he spends a lot of time in old European towns eating strange food, trying random sports whenever possible and writing for a wide variety of online and print publications. He's currently living in Valencia, Spain