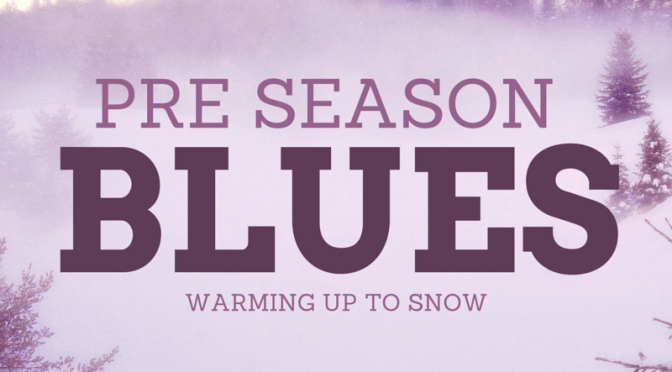 Keen ski trippers will be getting nervous, especially the first-week chancers who are playing a game of chicken with the weather this year. A snowless ski holiday is, well, game over. For those in resort preparing for the season at least have the comfort of knowing the white stuff will arrive, but what the hell is it like in the Alps before winter has really arrived.

Swanning around an empty ski resort before the lifts are open for the season has a ghostly silence. But the challenge of keeping boredom at bay becomes ever larger with every second that ticks by the on the clock of your empty chalet. Sure, no snow means no customers. So less work right? Aka more time to sit and check the weather forecast, discuss hushed rumours of freeze levels and when the lifts are going to open.

Beer goes a long way but can only do so much to fill the empty snowflake shaped hole in a seasonaires heart. Days off will usually contain various activities all done in a leisurely fashion. 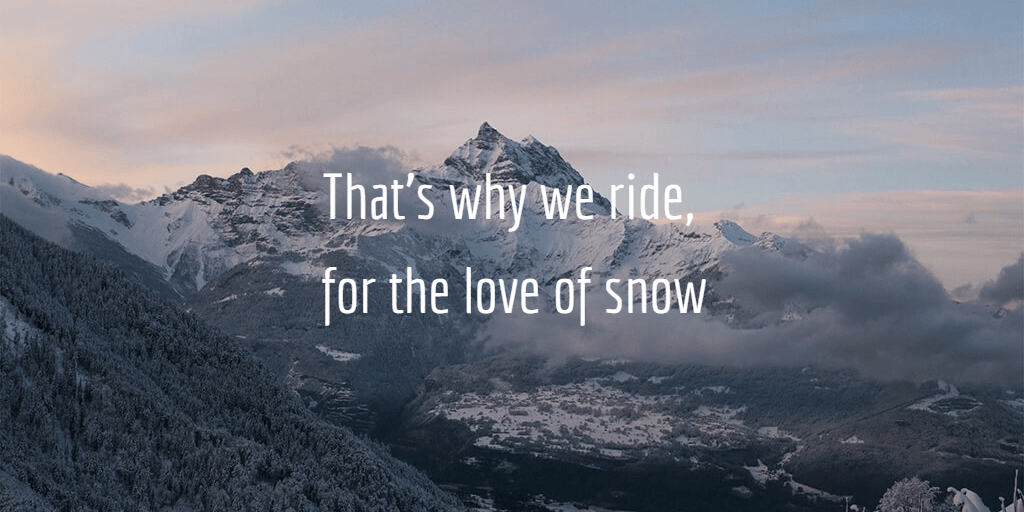 Browse the shops for goggles you’ll pick up with the first paycheck, or flirt with the local barmaids (free drinks or a free bed upgrade not guaranteed) of course this will be followed by a demi beer as is standard operating procedure after doing literally anything.

Bars turn into internet cafes with worn down stickered up laptops. Each sticker a badge of honour as to just how many seasons this particular bearded, beanie-wearing snow freak has successfully completed. All of whom are competing in a bandwidth war to download a movie for their evening’s entertainment.

Frequent gasps fill the room as Whitelines post another bails edit, spreading through the room like Chinese whispers. Most importantly that small coffee remains half drunk so another doesn’t have to be bought.

Planning goes out of the window. Shops tend to open and close on a whim with no sense of logic or reason. So when the Spar is open you better well stock up with food so you don’t become one of the lost souls aimlessly wandering the streets in search of any type of nourishment.

Fresh-faced season first timers roam the streets in packs all desperately trying not to become detached from the group in fear of being left in the cold. Some splash the overdraft on nights out, but they’re all still just waiting.

Late but not too late

Late arrivers sit in a position of frustration as they get dealt the last corner in the accommodation cave. Keen to impress, they claim it’s ‘all good bro’ but everyone, deep down is glad that it’s not them on the top bunk, and it’s a brave facade on show.

But underlying the boredom is the feeling of great excitement, the snow report is looking positive and the season will be coming soon. (Insert Ned Stark quote here). Maybe tomorrow, maybe next week, but as soon as the snow falls you know they’ll be building kickers on the bunny hills, hiking up the reds just to get some ride time, and nagging the lifties about when that chair will be open.

Every ledge and rail in the town get a fresh layer of wax as the brave risk broken bones, even the roads are ridden just so people can feel that glide.

And finally, once the snow falls, slope grooming is complete, the lifts are open. The queue for the first chair on the first day stretches the length of the town. Grins on everyone in line shows it is actually all good.

The atmosphere up on the hill is intense, this is the first day and everyone is your friend, sharing the joy of the snow, every piste is like a party, and each chair back up you connect with all those bearded ski bums you’ve been sharing bandwidth with.

At the end of the day, the apres is unreal, everyone so happy to riding, together, with like-minded people.

That’s why we ride; for the love of the snow

Eliot can’t bare being anywhere else but on the snow when the lifts start whirring every winter, in fact summer is a scary prospect. First taught to ski by a Swiss farmer, he has gone on to work ski seasons in Europe and New Zealand. Despite living in constant winter for a while, making beds, pouring pints and fitting ski boots still meant missing powder days. Now combining industry expertise and journalism training he produces content for ski companies all over the world; never missing the opportunity for fresh tracks. You will always find him in a mountainous area come winter.