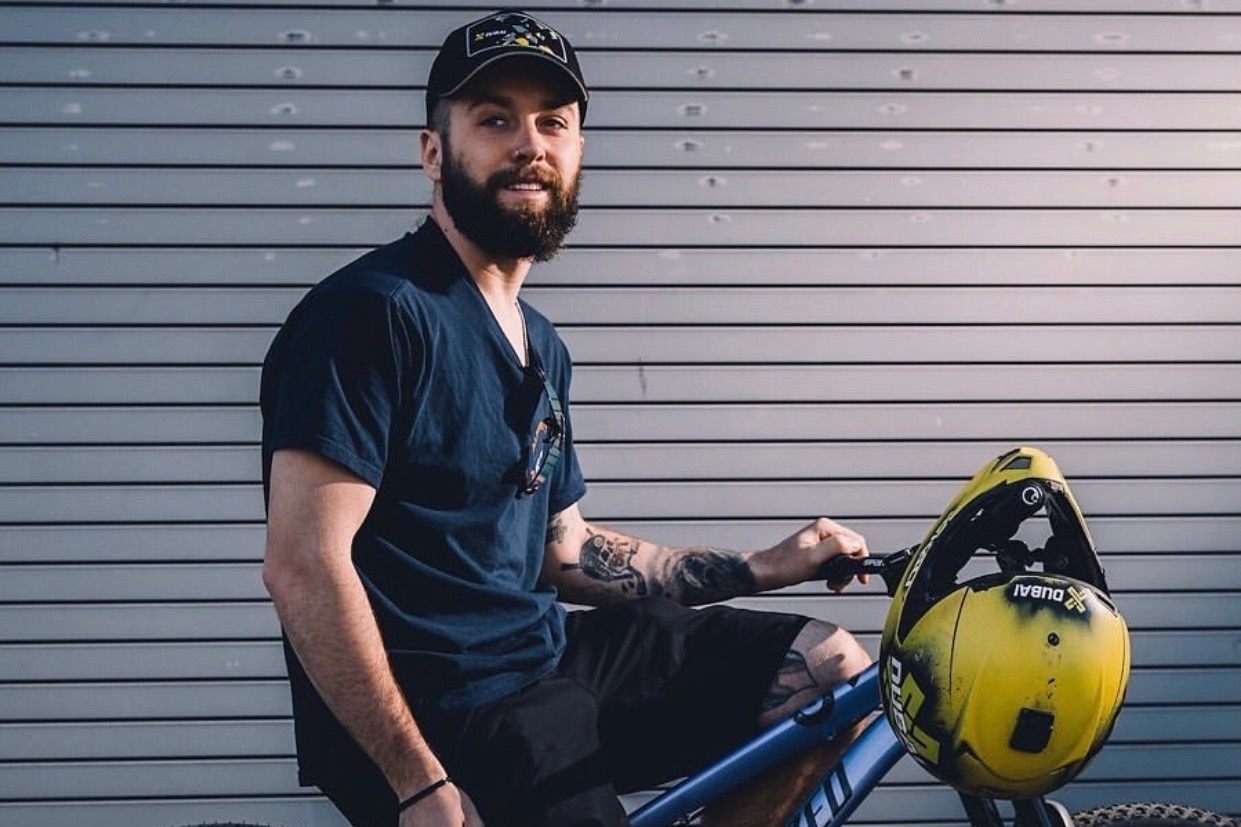 Nicholi Rogatkin the winningest FMB World Tour athlete ever talks about how he got into mountain biking, slopestyle competitions and loads more.

Today on Rad Season I’m chatting to professional slopestyle mountain biker Nicholi Rogatkin. We’ll be talking about how he got into riding mountain bikes, competitions, his recent trip to Mexico, and what future projects he has coming up. 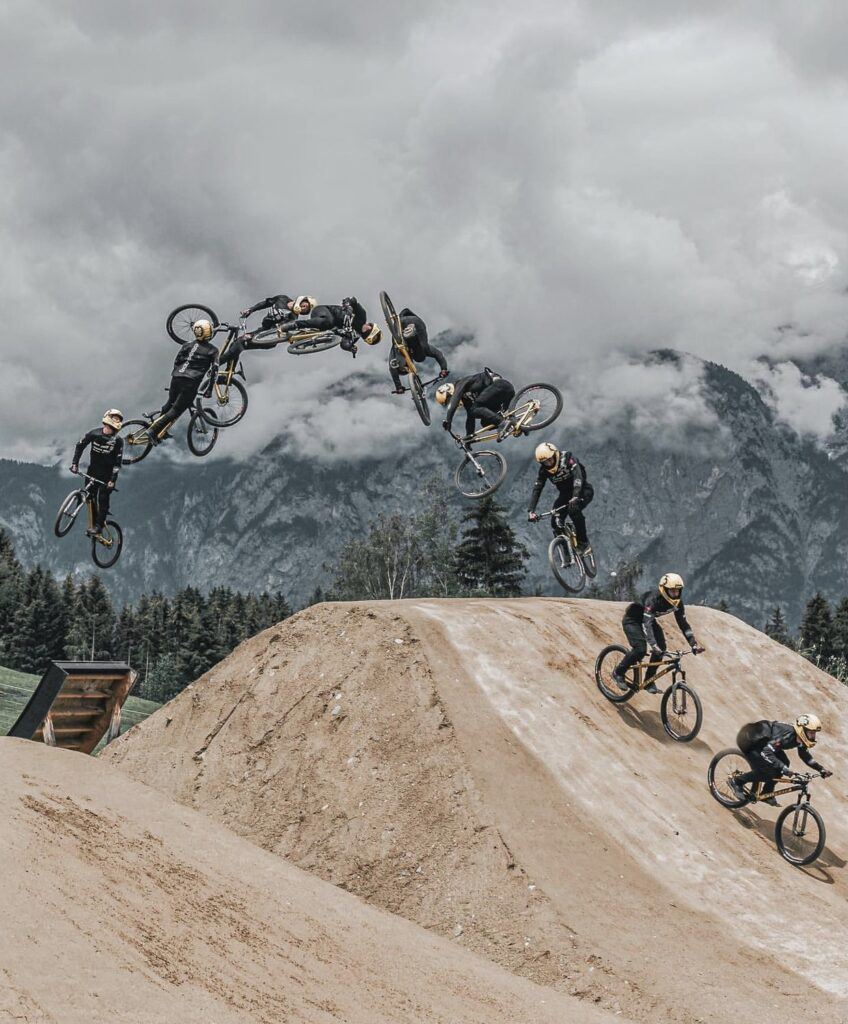 Oli Russell-Cowan:  I’d love to take it back to the beginning of how you got into riding. You started off with BMX is that right?

Nicholi Rogatkin: Yeah, exactly. I got a super super early start on my bike, which is obviously a huge advantage. I was five years old when I started riding BMX.

It was a crazy story, actually. We were neighbors with my one of my dad’s best friends back in Russia, and they moved to the States. Then my dad’s friend’s son was a friend of mine, and he was riding BMX at the time. He showed us some trails near our house. A spot with some dirt jumps, like small dirt jumps, big dirt jumps. And I guess I was just hooked.

My dad and I got some bikes, he got himself a 20 inch and got me a little 16. He said that it only took  a couple of years until he couldn’t really keep up with me in terms of jumps and stuff that I was wanting to do. That’s where it all started on some dirt jumps that the neighbors showed us and it all kind of went from there.

Russell-Cowan: When you got into riding was jumping the main focus?

Rogatkin: It seems like it was all about the jumps from the start. 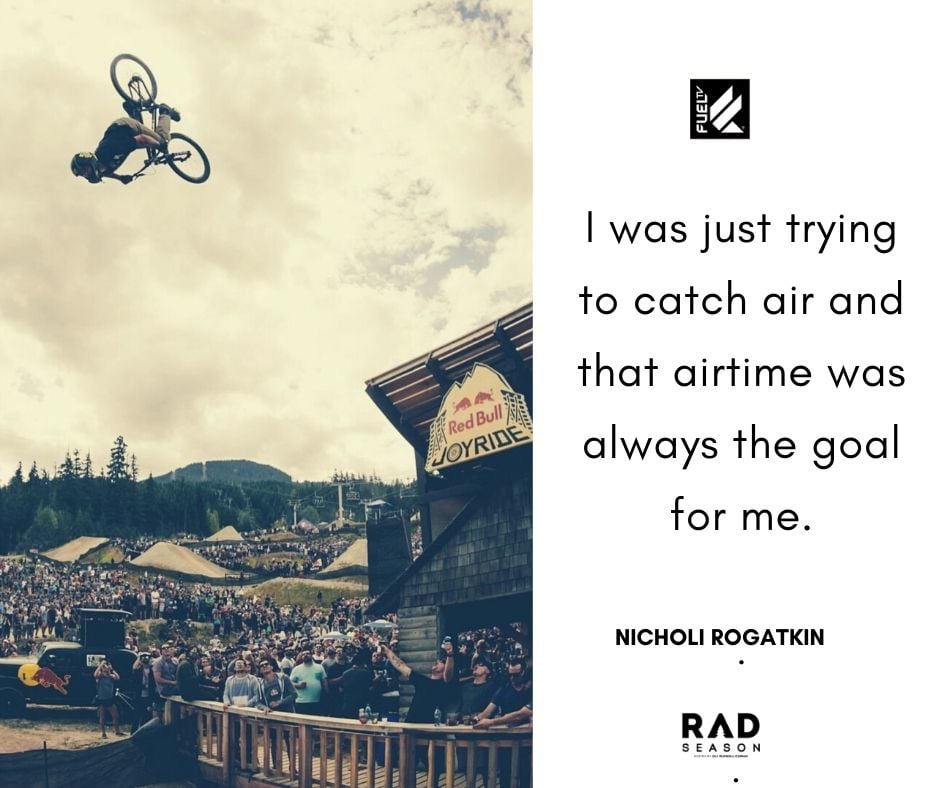 Some of the videos that I have back in the day of me riding my bike is just me trying to do Superman’s or get big air. It was kind of always about the air time.

I was just having fun on my bike. I was doing some grinds and some some street stuff as well when I could. I think since I started on the dirt jumps and the first thing I saw was people doing big dirt jumps and I was kind of trying to do the same. It’s always been about airtime for me. That’s what I’ve always found most fun on the bike.

Russell-Cowan: Did you do any BMX racing at all back in the day?

Rogatkin: I never raced seriously. There was obviously BMX tracks all around. I used to do a lot of riding at Wright Airfield skate park up in New Hampshire here where they had a huge racetrack next to it. At Camp Woodward where I would ride every summer they had a big race track. So I’d always mess around on the race track and always ride around on it, but I never raced seriously that was kind of a whole different beast.

Freestyle was more, more like freestyle, you know what I mean? But racing was really serious and organized and extremely competitive. I never really got into that and focused more and more on the jumps and the tricks.

Russell-Cowan: When did you start going to Camp Woodward?

Luckily, I got to go to Woodward super early as well. I think I was six years old when my father and I first went for a weekend getaway to check out the place. We were like whoa, this place is unreal. So I think the next summer when I was seven years old that was my first year as a camper.

Then a couple of years of doing that. And then my dad who actually works a lot of construction back in the day talked to the owner of Woodward at the time, and asked if I would be able to ride at Woodward, if we had a little house near so he built this little cabin a half mile off the property of Woodward. We would just go there every summer and chill. So from age six to at least age 16 or so we were there every summer for long periods of time. So yeah, a lot of good times at Woodward.

Growing up with a Russian Upbringing

Oli Russell-Cowan: That’s pretty cool of your dad man to set that up for you. Your dad’s Russian and from what I’ve heard you had a pretty disciplined upbringing. Was he strict on you growing up?

Nicholi Rogatkin: Yeah, definitely. My dad was for sure. Strict with a very Russian mentality. He did a sport, which is way harder than bike riding could ever be he did  biathalon, which is like cross country skiing with shooting. The amount of training that goes into that and the amount of discipline keeping your head straight is so much greater than that.

When it came to watching me ride and trying to progress there was a lot of strictness involved. There was not really many excuses, that would work because that sport was so hard. And that Russian mentality is kind of like, you either win, or you don’t even start.

So he was definitely pretty strict in terms of school as well. He was willing to take me out of school for a few weeks to ride and compete or travel if need be. But he would be so strict on me having to bring the homework and do the homework and get the work done and get the grades. It was crazy the desire he had for me to be good in school and in competing it was just such a Russian mentality.

Without a question of a doubt it helped me be who I am today. In some years, we definitely had our battles, our fights and stuff, but it’s all for the better in the end. So it’s good.

Russell-Cowan: Looking at that and knowing that your dad had your back 100% when did you guys start building ramps at home?

Rogatkin: We were building stuff from back even before we lived in Lincoln. Back when we were in Shrewsbury. My dad’s always been a builder. He’s always just been able to map something out and craft something together. His career was building houses. So building ramps for him was easy, I guess. He seemed to always fire up the ramps pretty easily. Back when we were living in Shrewsbury when I was starting out age five we had this little mini ramp, spine style box in the middle.

Once we moved here to Lincoln, then came the first box which was just like a trick box basically Woodward style, take off with soft landing with a quarter pipe after it. And then slowly that morphed into a bigger setup, a better bigger quarter pipe.

Then five or six years ago we started on this side of the house, the other side is the huge roll in to airbag setup. And that setup is literally like off the side of the house like it’s mounted to the house. It’s a huge roll in and it’s probably 40 feet or so above the ground going into first a massive kicker now it’s two side by side kickers then beside it is this big drop/step down set up.

It’s definitely the ideal training setup for contests. There’s two huge kickers to do all the trick jump stuff you need. And then there’s a step down and a flat drop both very sizable.

The building at the house has been going for 20 years now, just building whatever we can to ride honestly.

If you can get the tricks going on this setup you’re pretty ready for competition setup. So it’s not necessarily a fun set of trails like that would be fun to ride. But in terms of getting me ready for all these contests that I’ve had to do over the years, it’s pretty sick.

Watch RAD SEASON Episode 9 with Nicholi Rogatkin on FUEL TV Plus. You can also follow what Nicholi is up to on Instagram on NicholiRogatkin

Rad Season is providing you with rentals and hotels at the lowest prices available online. Book your stay near Lincoln, Massachusetts using the map below!