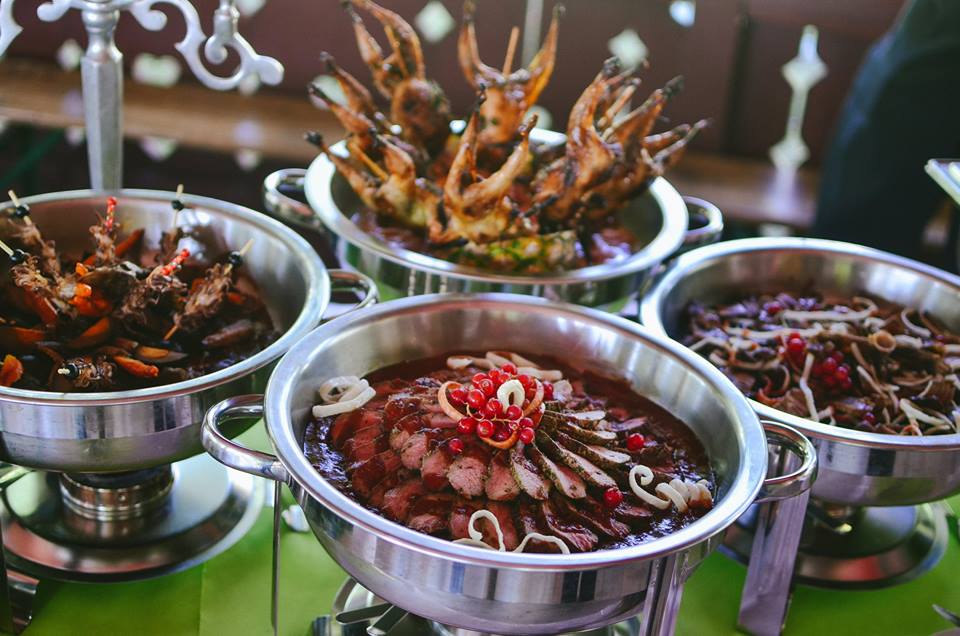 The cult of tasty organic foods and unusual flavor combinations became one of the symbols of the Slavic nations. Along with Serbian people festive nature, and heavy drinking traditions, it’s only natural that they’ve come up with numerous events celebrating their unique delicacies and followed with music and cultural performances. Each Slavic country has its own delicacy influenced by the cultural, religious and historical elements. Bordering the East and West Europe, and serving as the Balkans’ microcosm – Serbia offers many different dishes specific to different regions and eating habits of its people. All the different influences and flavors result in a real gastronomic paradise. Here is a list of 8 must-visit food festivals in Serbia, for all the true food lovers out there and everyone with the curious taste buds. 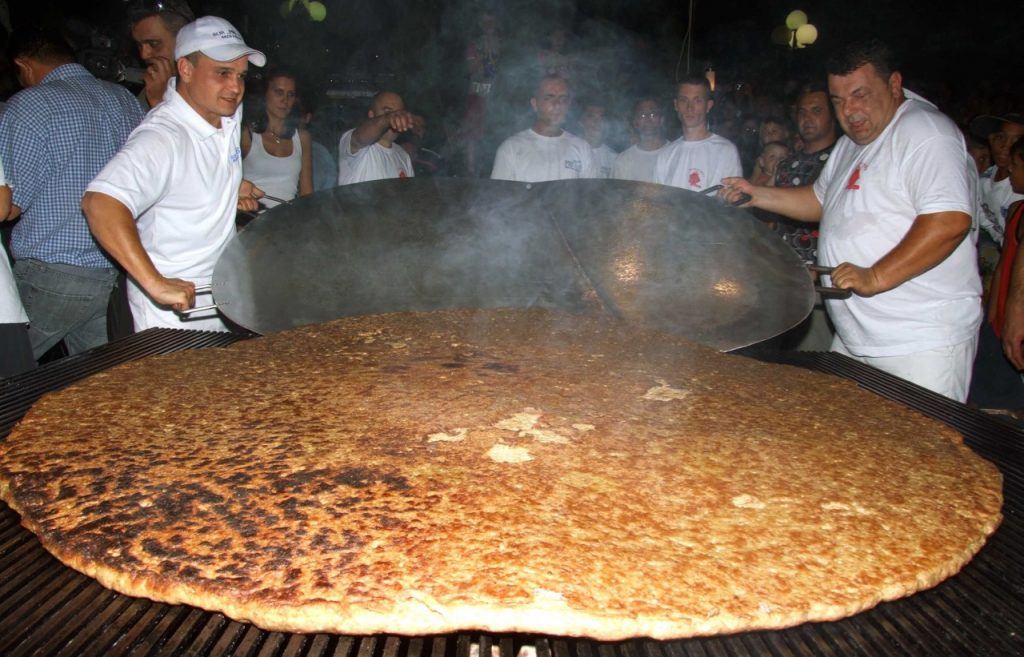 Rostiljiјаdа is an authentic grilled meat festival held annually in Leskovac, Serbia. It’s a one of a kind gathering that brings together more than 200.000 grilled meat lovers from all over Europe. Rostiljada follows European food standards and also includes many concerts, performances, and fashion shows in order to bring together people of all ages.

Every year the participants of the festival make a new world record in the biggest pljeskavica (authentic hamburger-like grilled delicacy.) Grilled meat from Leskovac became a national brand, and the locals keep a secret recipe for preparing the tastiest grilled meat yet. Definitely worth trying, but beware, maybe all the other hamburgers suddenly become tasteless. 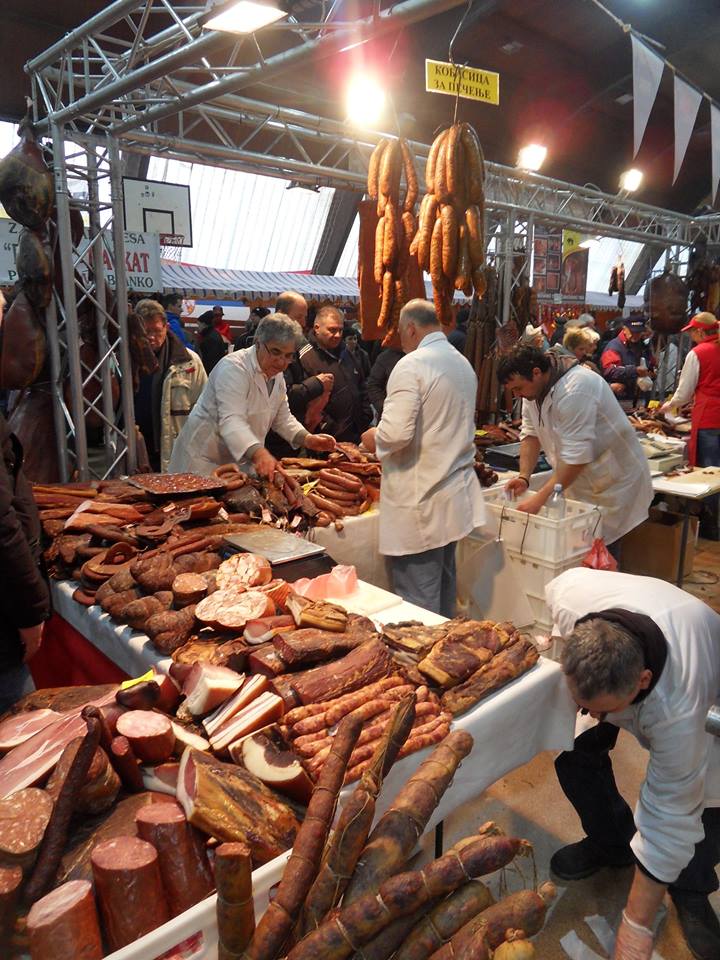 The small village of Kacarevo, Serbia has its own five minutes of fame, and they last for three days each year. It’s every February when locals host national bacon festival, with many people showing and selling their homemade organic bacon as well as bacon-related products.

The main “exhibition” is followed by traditional games like catching a pig with your eyes closed, and traditional bacon making workshops and lectures. The participants get to try some of the traditional Serbian dishes that rely mainly on bacon. The Bacon Festival in Kacarevo is often a place where numerous records are being broken. For example, a local had made a first bacon sculpture on the planet in 1989. That used almost 5 tonnes of bacon and was 12 meters high. Impressive! 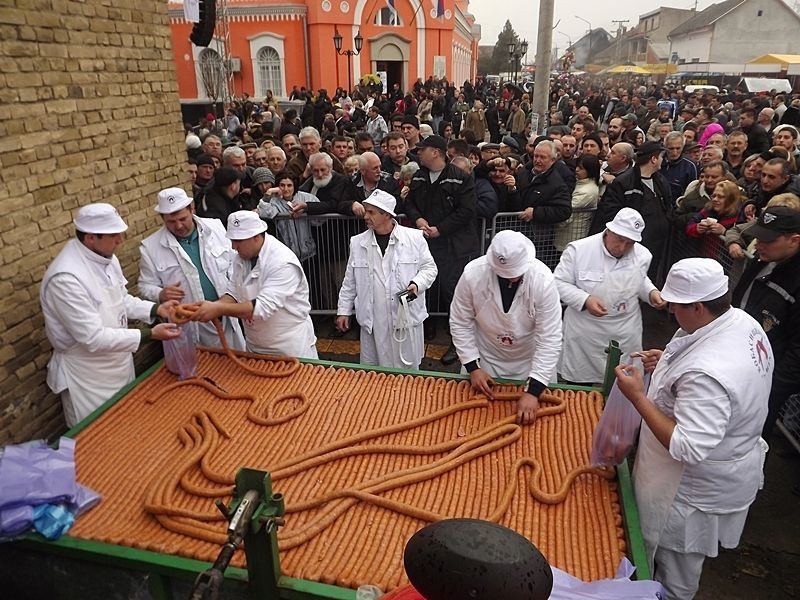 Everyone who loves eating sausages should definitely visit the International Sausage Festival, held annually in a small Serbian village of Turija. Aside from sausage tasting (as extreme as it sounds) and various music and ethnic performances, the highlight of the Sausage Festival is the giant sausage.

The giant sausage gets extended one meter each year and it breaks the world record for the longest sausage year after year. This year, locals have made an amazing 2.034 meters long sausage, weighing over 2.5 tonnes. The legend has it that it disappears much faster than it takes to make it. 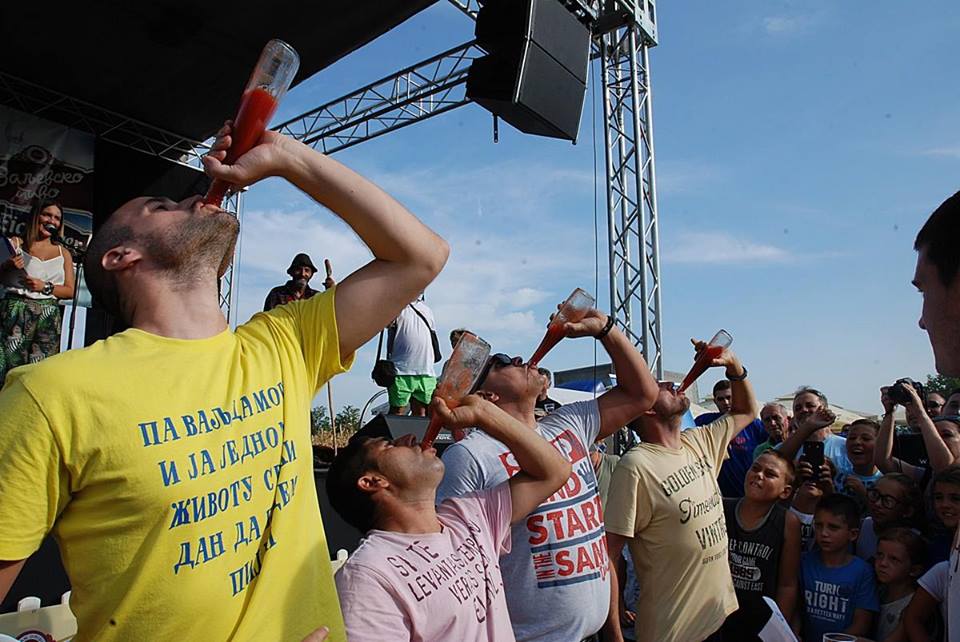 Beans are a common main dish on every Serbian menu. Every year near Novi Sad, in a place called Čenej, there is the Bean Festival, celebrating the best beans-based delicacies of the traditional Serbian cuisine. The preparation is authentic to Serbia and there are several versions of it, all equally popular among Serbian people.

Not many people know that this common vegetable, has 21 amino acids, and humans need 24 on a daily basis. Every year there is an international competition in cooking beans with more than 100 international teams. And now, who could resist trying them and finding out the best version for yourself? 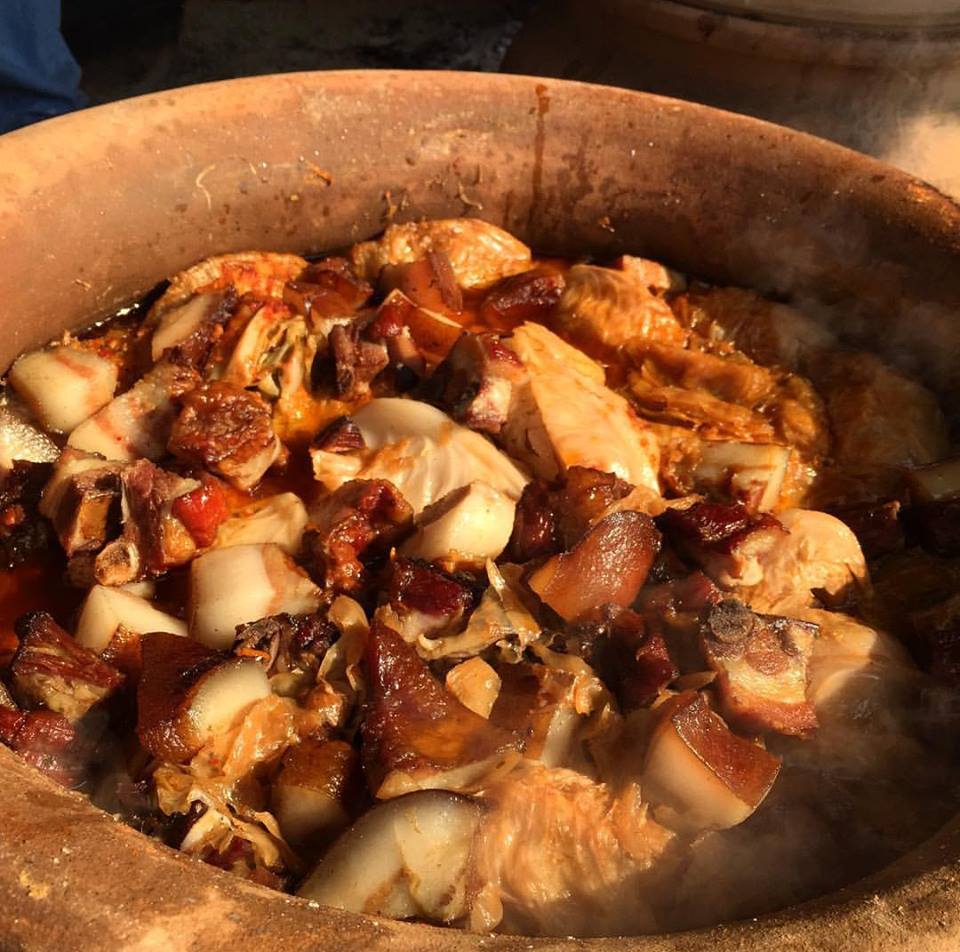 Cabbage is so popular in Serbian cuisine – it has two events dedicated to it. The Cabbage Festival in Mrcajevci is more centered on promoting cabbage producers and traditional meals, followed by numerous cultural and musical performances. The other one, with more than 12 years of tradition is held in Futog, close to Novi Sad, and is more like a competition of cabbage cooking.

Each year participants get free ingredients, and only need to arm themselves with a good recipe, spices and lots of patience and good vibes in order to win in the cabbage cooking competition in Futog. The founders also give away prizes for the heaviest cabbage of the year, as well as the best cabbage-based dish by the decision of the jury and the visitors. It sounds like a few days of overeating and trying out new food! 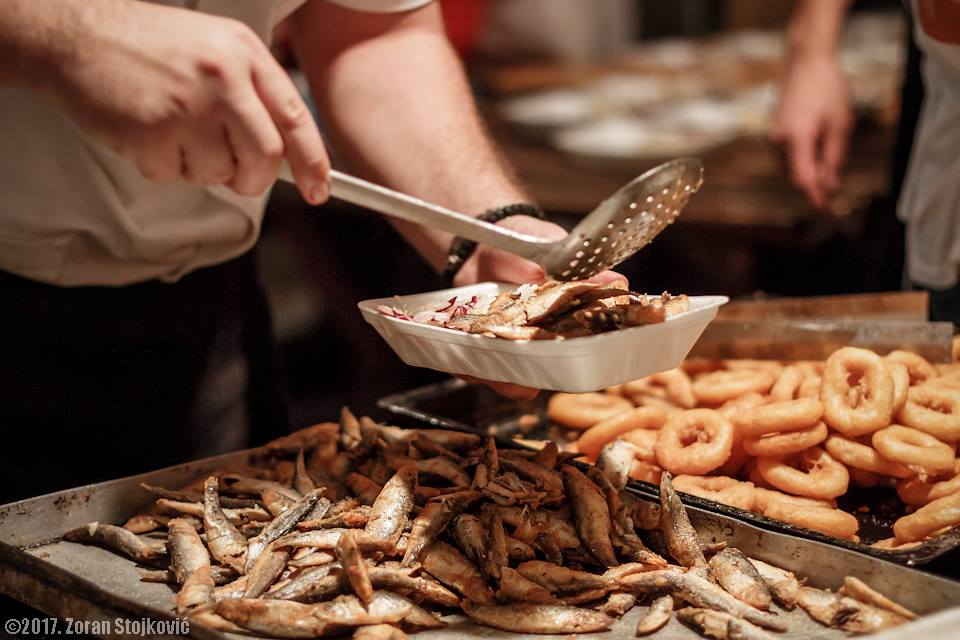 The cuisine typical for the villages and towns surrounding the Danube is promoted every summer during the Fish Fest held in Belgrade. It’s really a versatile manifestation, featuring an international competition in making a fish soup, wine exhibition from Serbia and the region, and rich musical and cultural performances help continuously throughout the event.

The entrance is, of course, free and the main delicacy, as the name suggests is fish and fish products and dishes. The Festival is held on the Danube banks, in the lower Kalemegdan, near Nebojsa tower and offers a perfect option forvisitors to discover the historic, cultural and gastronomic paradise in Serbia. 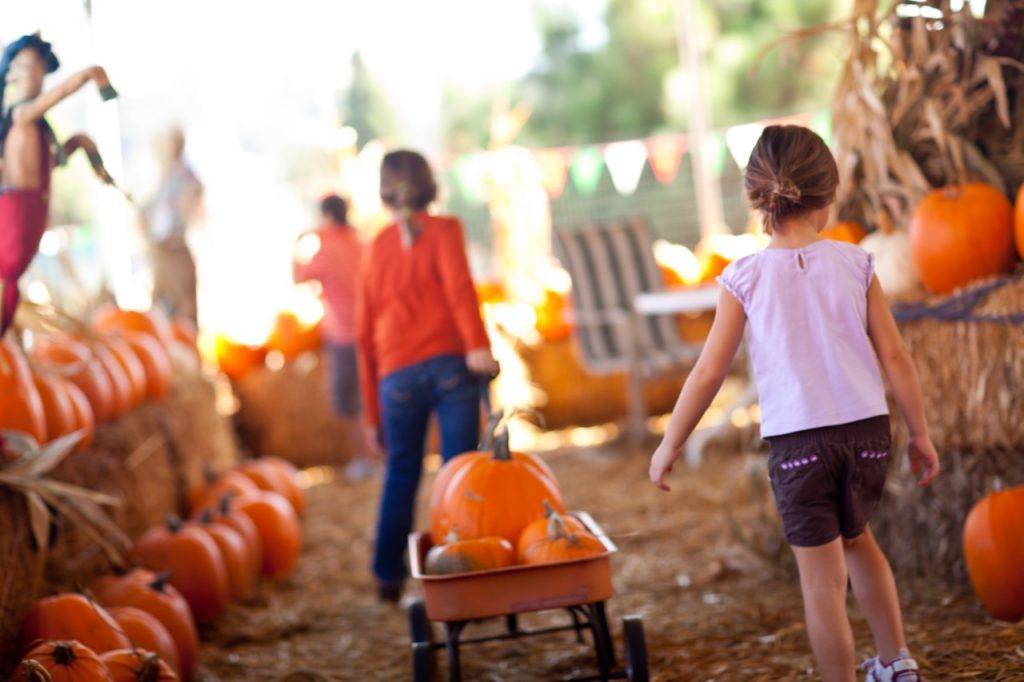 Pumpkin has more purposes on this planet than carving for the Halloween every year! The big orange vegetable deserves its special place in Serbian tradition and cuisine, which is perfectly illustrated during the Days of Pumpkin in Kikinda. This festival includes competitions for the biggest, the heaviest and the longest pumpkin.

The three days long event includes a rich cultural and artistic program. Some of the fun activities that visitors can join in “Games and plays with the pumpkins” like relay running with pumpkin, competitions like the fastest eating of pumpkin seeds, and pumpkin pie-making competition, and many more. 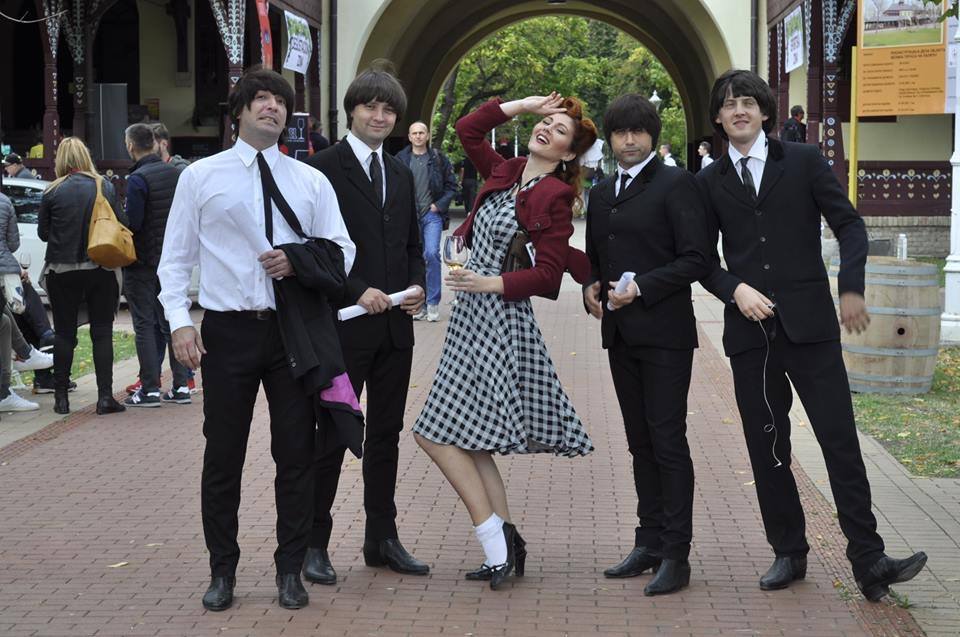 The wine marathon was brought to reality two years ago by the founders who couldn’t decide what they liked better: the wine or the running. What makes this event unique (aside from heavy wine drinking) is its colorful carnival spirit that’s especially notable through the two organized races: The Wine Race and The Pleasure Race.

It’s encouraged that every participant come to the Pleasure Race in the costume designed on their own. There are even valuable rewards for the most creative. Both races pass through the numerous vineyards around Palic, and the afternoons and evenings are reserved for wine tasting and numerous wine-related workshops.

These festivals are only a glimpse of what Serbian cuisine has to offer, and you can only imagine how rich and tasty it actually is. Every year local people come up with interesting ideas, celebrating food, tradition, and culture. While Serbian people always find a reason to party, drink and celebrate, they also take pride in their unique cuisine, creating a real gastronomic paradise for every gourmand out there.

If you find yourself in the Balkan area, exploring some of the quirky festivals, or just enjoying the historic lore and stunning natural landscapes, make sure to check these must-visit food festivals in Serbia, and visit one. Whatever may be the time of the year, Serbian almost guaranteed has one, that will leave you happy (and a few pounds heavier.)

Rad Season is providing you with rentals and hotels at the lowest prices available online. Book your stay near Serbia using the map below!

I am Milena, a helplessly positive person who enjoys traveling, meeting new people and trying new foods and coffees. I'm studying digital production and hope to make documentaries about the intersection of culture and nature one day. I am passionate about hiking, alternative ways of travel, electro sounds and yoga. I write from traveler's perspective because I am one :) Through my writing, I want to put my own experiences into another perspective, and recreate stories and places.