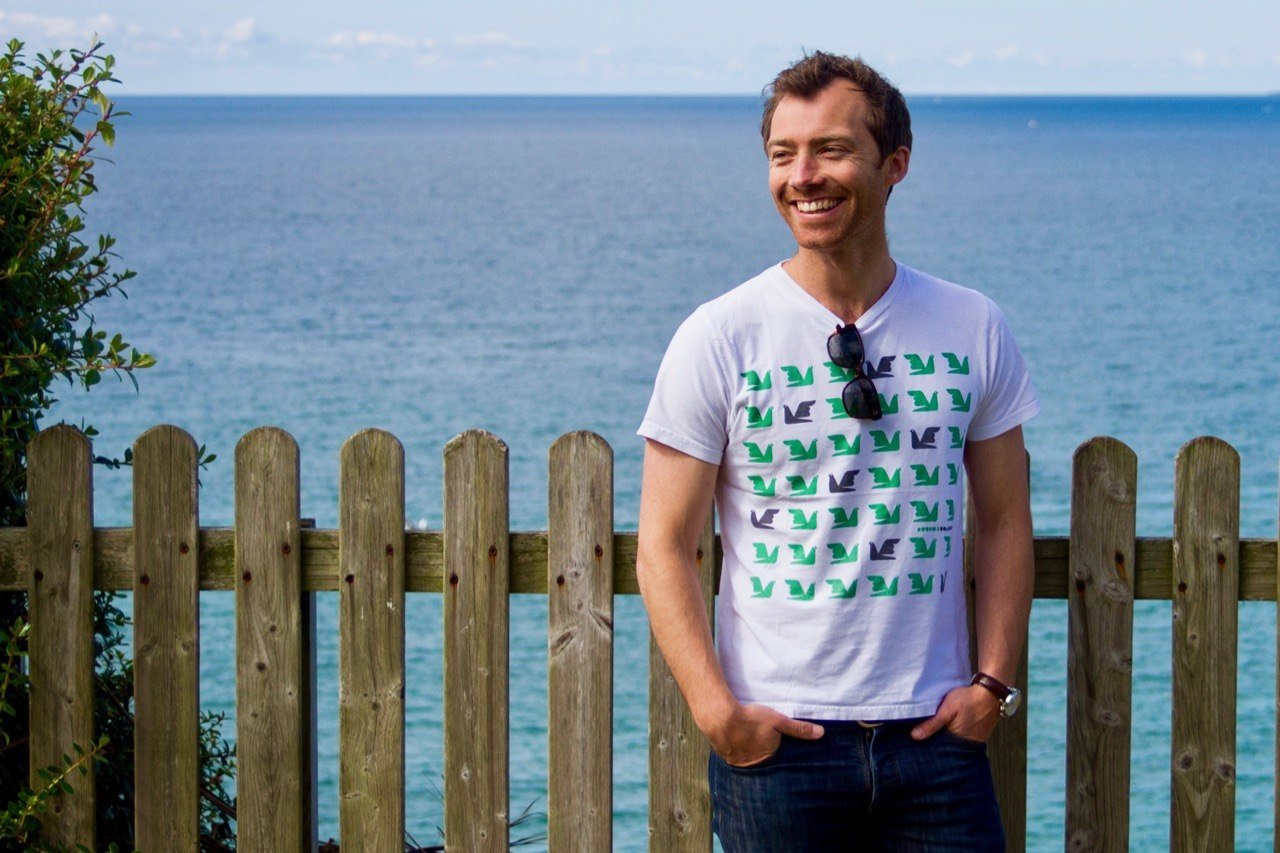 Linley will discuss how he came up with the idea of starting an action sports travel business with his best mate Will Hayler whilst studying at University. How they grew their travel company Ticket to Ride after their original launch with a 1000 mile road trip across South Africa combining surf coaching, community work and adventure. He will talk about why they acquired Wavelength Surfing Magazine and how it became part of Wavelength Media and the pivot from his travel company during the global pandemic and loads loads more!

I went on the first university surf trip. We just drove down from Birmingham to Cornwall. You get all the chat in the carpark. Everyone’s got their boards. ‘So how long have you been surfing for?’ Someone goes, ‘Oh, yeah, I’ve been surfing my life’. I was like, ‘I’ve only really been surfing for about a year’. You get in the water, no one else was actually really surfing, they’re going out on these big Mini Mal’s and couldn’t really catch waves.

I was able to go out on a shortboard and I could surf properly. People were going how are you doing this already. If you went on a gap year why didn’t you just surf, I said. They were like, ‘I wasted mine, I went off around the bars in Thailand.’

The idea for Ticket to Ride didn’t drop them. I just felt like I’d really used the time well and had a really good traveling experience. It was then really that I realized just how good surfing is. That was when I was 19. That was when it properly hit home. 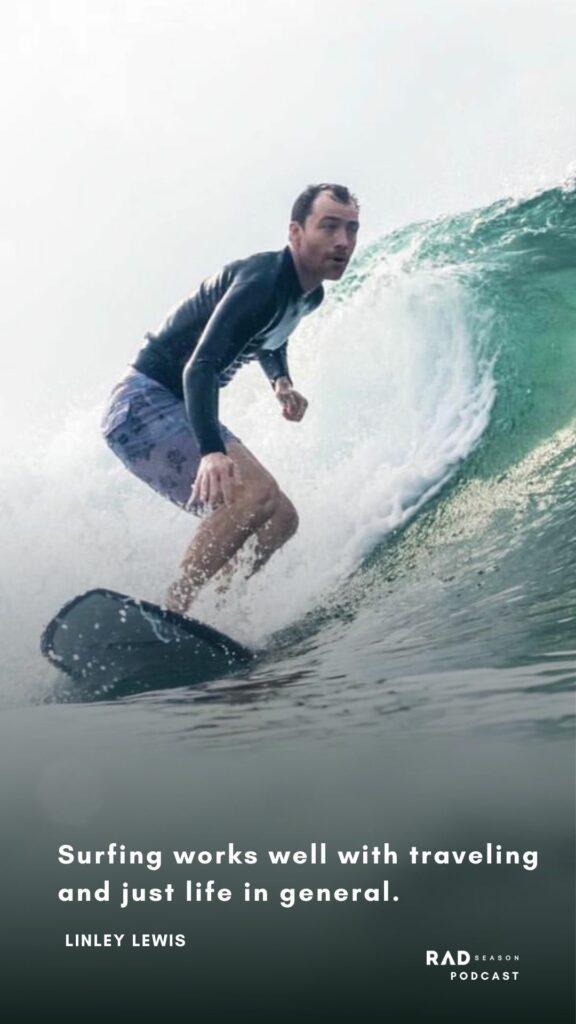 Business Plan for Ticket to Ride

Oli Russell-Cowan: You were studying economics and wasn’t part of your course coming up with a startup business plan?

Linley Lewis: By the time that came around, I was pretty disengaged with the course to be honest. I signed up for it because I did it as an A level. It was actually my weakest A level. The course was just really mathematical. It wasn’t me at all. Actually in the third year, I was just looking at different ways to navigate different interest points. You were able to take a module from a different degree.

It was amazing. I just remember getting into the library burning the midnight oil, headphones on probably Jack Johnson playing through one of those little iPod mini, retro thing. Then write pages and pages and pages of ideas, which ultimately I wanted to work out if it was viable or not.

A 10 week trip, taking people from Cape Town around to Durban getting them involved in surfing, getting them involved in community projects. Doing the whole coastline, and then qualifying as a surf instructor and surf lifesaving at the end. The University hadn’t seen a business plan like it. But yeah, that was where I was able to really study whether or not it was a viable idea.

Oli Russell-Cowan: When you left University did you then speak to Will Hayler and go we’re gonna go ahead and do this?

Linley Lewis:  It was at the end of second year that the penny dropped that there might be a program here for a sellable product.

Will and I talked about it quite a bit. When University finished, none of us had clearly worked out what we wanted to do outside of maybe just doing something. So it was all quite relaxed. We had this business plan that we’d written, we headed off and said if we’re going to do this we need to work as surf instructors.

Working as a Surf Instructor

At the start of the summer holidays we went off and did our surf instructor and surf lifesaving courses down in Cornwall with Harlyn Surf School. We then worked there for the whole summer.

For us that was quite fun, because everyone else who studied economics went on to financial grad schemes in the city and this and that. We were down in Cornwall living in caravans working as surf instructors. So we felt like we were kind of winning a little bit at that stage. 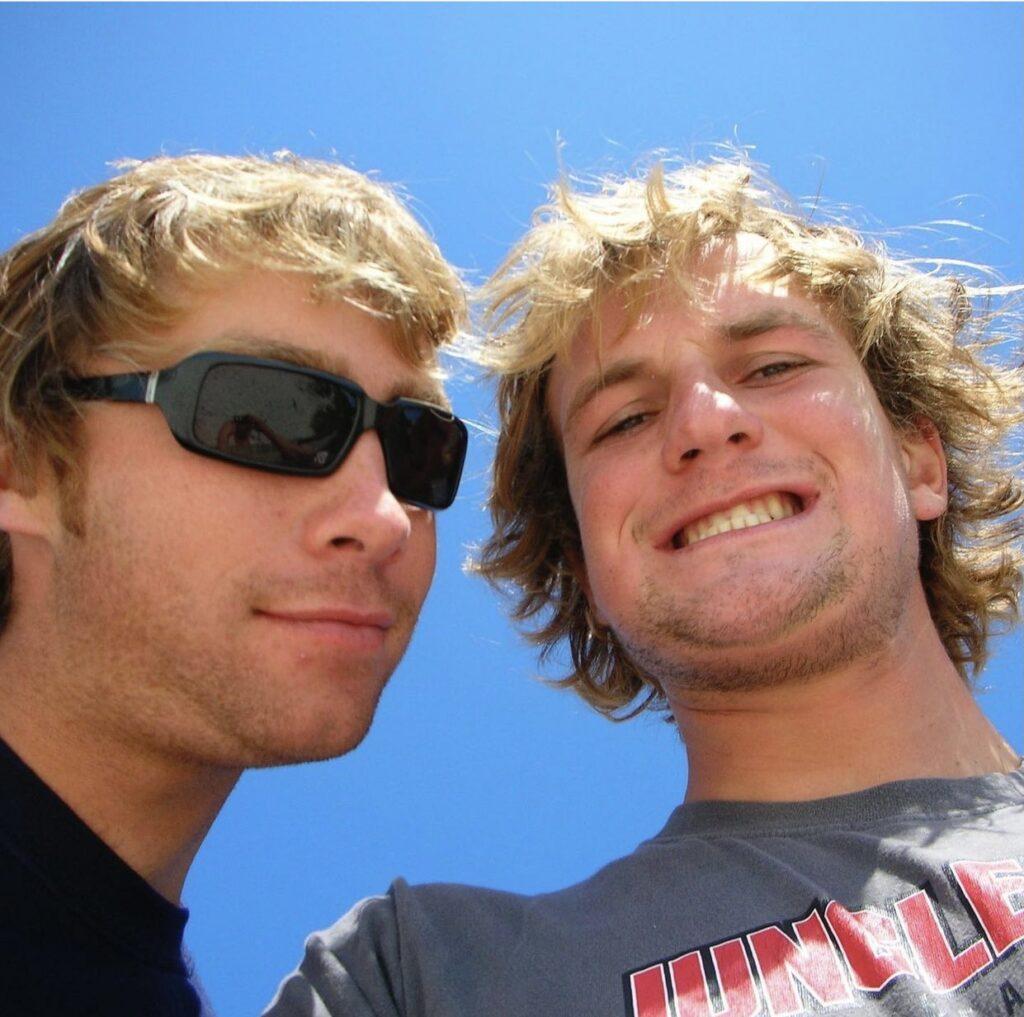 At the end of that if we were going to do this we needed to get out to South Africa. We were aware that people book trips like that quite a long way in advance. So we then just booked this trip out to South Africa from September to December.

Before we left we drafted up a brochure which we designed which kind of laid out the idea with the Ticket to Ride brand. We sent it off to a load of schools before we had anything to sell.

We really focused on that gap year thing at the beginning. Then we went off around South Africa booked the flight into Cape Town, booked the flight out of Durban. We had to make the contacts on the ground in Cape Town. We knew the route but we didn’t know the people.

Russell-Cowan: How was that experience?

Lewis: We managed to fall on our feet a little bit because we got in touch with the British Surfing Association )BSA) and said we want to run this program in South Africa. And they said ‘Oh, actually, we are just selling the BSA program BSA level one surfing syllabus to the South African surfing Association. So you might want to check out those guys.’ We went over and met this guy called Paul Berta, him and his son Dean, we’re implementing the program around South Africa.

We messed around for about a week not really making any progress. Then we met up with Paul and he just completely unlocked the whole itinerary for us. It was like, ‘when you’re in Cape Town stay with this guy, when you’re in  Jeffrey’s Bay speak to these guys. He just lined it all up.

It just so happens that in South Africa the surf industry or quite a lot of people working in the industry, own backpackers and run surf schools themselves. That really mapped it out for us.

So we ended up staying there for two weeks sent off a load of letters in advance and then lived and breathed the trip. That particular trip really hasn’t altered a huge amount to this day. We’ve obviously got different people involved in it but the itinerary is still pretty stable.

Russell-Cowan: What did you guys do when you got back from that trip? Were you then looking at different locations?

We came back at the end of December and we wanted to sell into the January 12 months beyond that. So we worked two jobs from home again, drafting it out and started raising some money with independent investors.

We got in some external investors, early doors. I think for us it was kind of a recognition thing as much as anything that we weren’t just hell bent on this idea that actually other people could buy into the idea. For us it wasn’t a lifestyle thing. Obviously it was an area that we’re interested in. But we wanted it to be a viable career from the outset.

Then the main goal was selling those 20 places that we had on that first trip, which we managed to do at the end which was great. We were still living in a caravan down in Cornwall over the summer. It was just all very grassroots.

Rad Season is providing you with hotels and Airbnbs at the lowest prices available online. Book your stay near Exeter, UK using the map below!