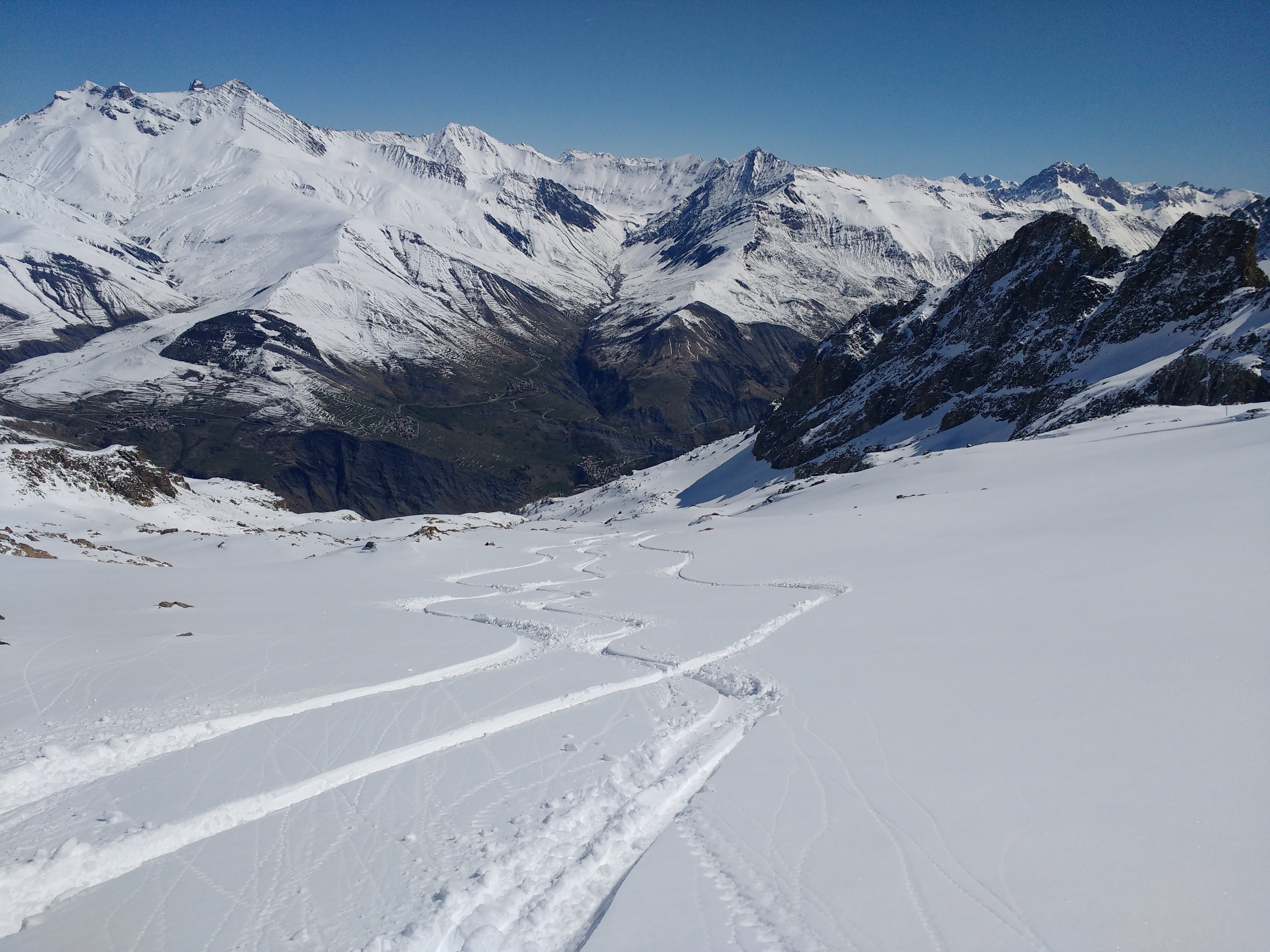 A new chapter is opening for France’s legendary off-piste ski resort, La Grave, as the recently formed SATG takes over lift operations. The new company, part of the Alpe d’Huez lift company, will run the concession for the next thirty years. Fans of this very special ski area will be relieved to know that the Telepheriques de la Meije is continuing to transport skiers. While its future looks assured, I’m going to take a look back over the troubled history of this iconic ski-lift.

The lift runs in two stages from the village of La Grave at 1450m up to the Ruillans top station at 3200m. Above this, a unique suspended drag lift provides uplift on the Girose Glacier. There are two short pistes on the glacier, allowing skiers to access the area from Les Deux Alpes. Aside from these, the area is entirely off-piste, unmarked and uncontrolled.

This makes it a mecca for off-piste aficionados, freeriders and extreme sports athletes all over the world. Its name might not flow off the tongue of the average recreational skier, but for those in the know, this is a place with a serious reputation. One cable car, one drag lift and endless possibilities. 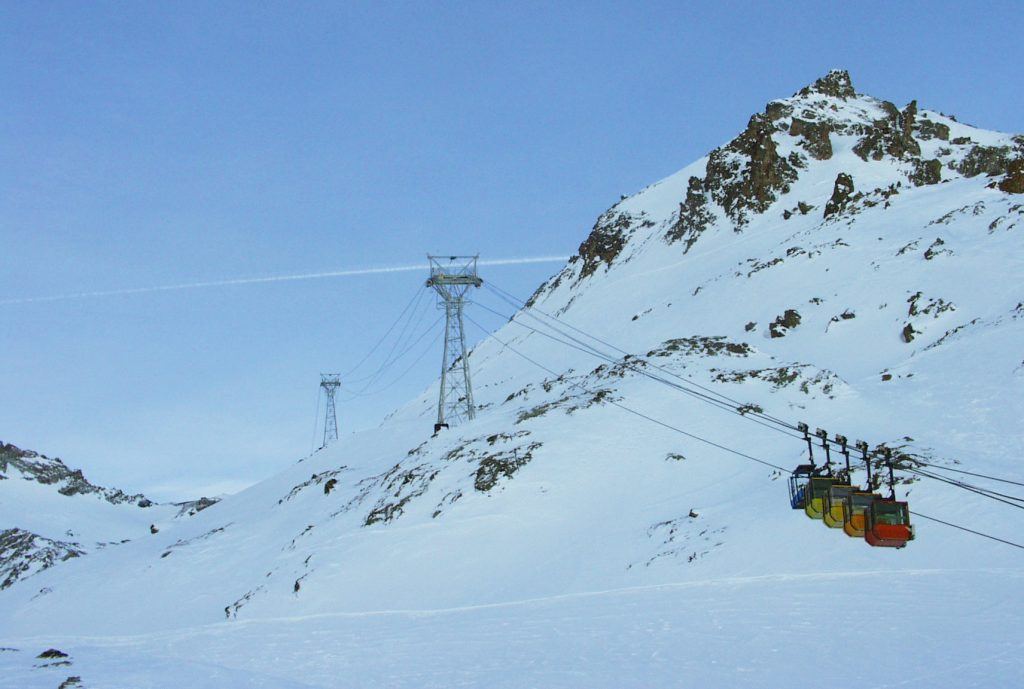 The idea of a lift from La Grave towards the peaks of La Meije was first mooted in the 1950s. Various studies were carried out in the 1960s before a series of setbacks in the early 1970s. The imminent creation of the Ecrins National park nearly blocked the plans. At the same time, a series of avalanches demonstrated the need to protect the access roads. The mayor and local council were keen to develop new facilities to provide employment. Farming communities were in decline and rural villages like La Grave were struggling to stem the exodus of young people to the cities.

On the other hand, this was a huge and expensive project for a small commune with limited funds. Outside investment needed to be found, but there were many voices arguing against the lift on environmental grounds.

Construction finally began in 1975. PHB carried out the work under the direction of the engineer Denis Creissels. Creissels was a pioneer of ski lift design, having built the first pulse gondola system in La Plagne. He would go on to invent the DMC (Dual Monocable Creissels) system, building the first in Serre Chevalier in 1983. Many larger gondola lifts used this design, most of which are still in service today.

The first stage was completed by the summer of 1976, giving access to the Peyrou d’Amont mid-station at 2400m. The new lift opened on July 14 – always a big day in France. Around 13 000 people used it in the first two months, while work continued on the second stage.

The following autumn, with the second stage ready to enter service, a bomb exploded in the lower lift station, causing extensive damage and forcing the lift to be closed for the winter. Repairs cost 800 000 French Francs and took six months. Consequently, the second stage did not open until March 1978.

The perpetrators of the bombing have never been found. Environmental protest seems the most likely motive, but there is no way to know for sure why the attack happened. 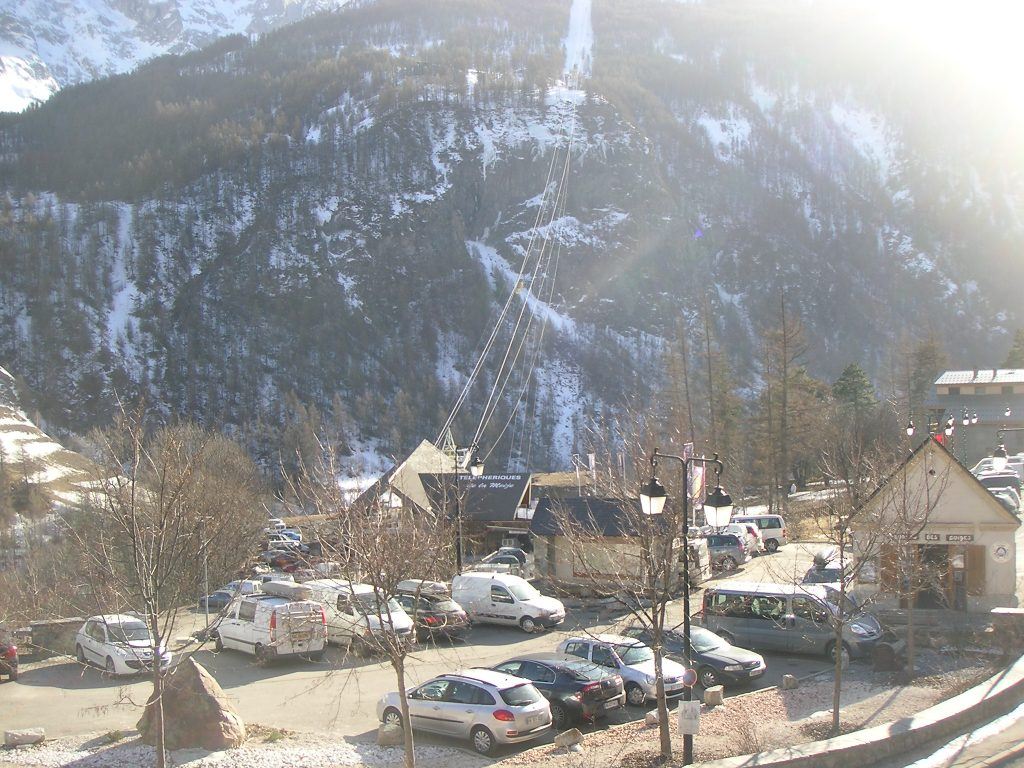 facebooktwitterpinterest The lower lift station that was bombed in 1976. Photo by Gerdami, Belgium via Wikimedia Commons

La Grave was always a unique proposition as a ski resort, but by 1986, just six years after opening, the lift company was struggling to stay afloat. They needed four million Francs to replace lift cables and update the infrastructure to meet new regulations. The operators suggested that their problems were due to the design of the cable car. The lift closed in July of 1986 and did not run at all the following winter.

Perhaps to prove a point, Denis Creissels stepped in 1987 in to save the lift he had built. He paid a symbolic one Franc for the concession to run the lift for thirty years. Over the next two seasons, he designed and built the Triffides/Girose drag lift system. These two drag lifts ran on a single loop of cable, from a single motor, and most of the ‘pylons’ were suspended from wires running across the glacier between the rocky outcrops of the Dome de la Lauze and the Triffides ridge. The Girose drag, opened in 1989, allowed skiers to cross between Les Deux Alpes and La Grave. Allowing access to more skiers improved the economic prospects of the area. It also allowed the La Grave glacier to open for summer skiing until 1996. 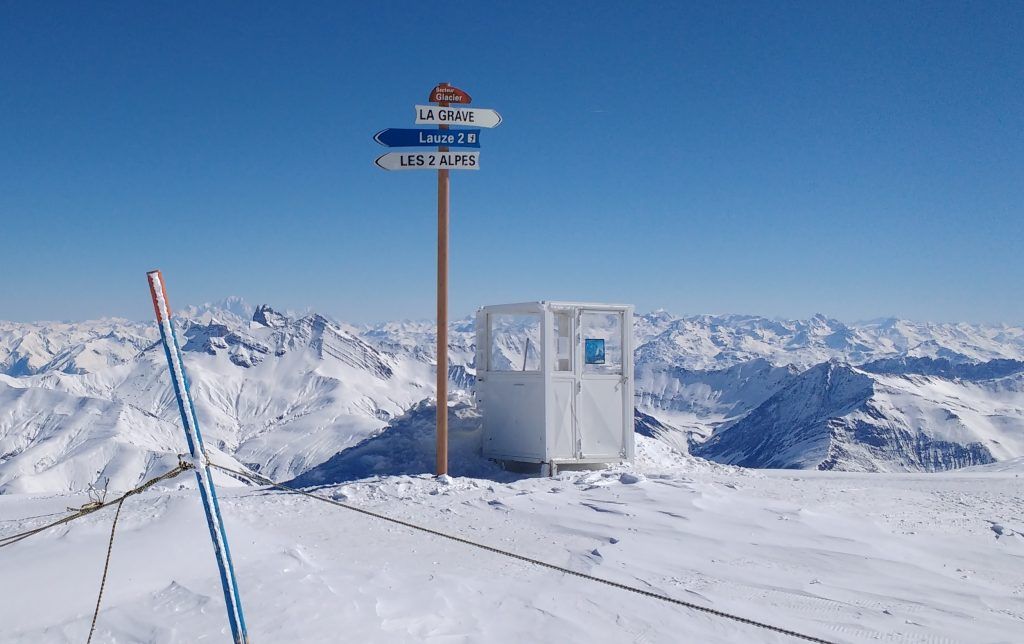 Renewal of the lease

Fast forward to 2016, and the thirty-year concession was approaching its expiry date. Creissels, now in his 80s, had little interest in signing up for a further 30 years. It did not help that Creissels and the La Grave town hall rarely saw eye-to-eye on things. The operators of Les Deux Alpes and Alpe d’Huez, the neighbouring big resorts, liked the idea of adding La Grave to their portfolios.

Some were worried that the lift might close after the lease expired. A bigger fear was that the area might lose its special character. A big, commercial company might build new lifts, add new pistes, snowmaking, signposts, avalanche control and ski patrol. It would become like any other ski resort.

To counter this fear Joost Van Zundert, a Dutchman living in La Grave, set up a crowdfunded bid to run the lift. He promised to put local interests first and keep the ski area wild. There were now three contenders in the running to take over the concession. SATA – the Alpe d’Huez lift company, Compagnie des Alpes – the French giant which runs Les Deux Alpes and countless other resorts, and Signal de la Grave – Van Zundert’s crowdfunder. The town hall rejected Signal de la Grave early on, but did build stipulate that the eventual winner would have to maintain the wild nature of the ski area.

While Joost Van Zundert pledged to use the funds raised to support sustainable local development, the Compagnie des Alpes withdrew their bid complaining of a lack of transparency. The town hall duly awarded the concession to SATA, the only company left in the running.

SATA created SATG – The Societé d’Amenagement Touristique de La Grave – to operate the La Grave lifts. The new company took over operations in June 2017. According to the terms of the deal, the company must renovate or rebuild the existing facilities, remove obsolete installations and re-employ existing staff. They are also expected to build a cable car to the top of the Dome de la Lauze, replacing the drag lift described above.

The summer season passed by with no major changes to the operation and the company is about to run the lifts for its first winter.

The ski area is due to open for the winter on December 23, conditions permitting. At the time of writing, there is no arrangement in place between SATG and Les Deux Alpes, meaning that skiers will not be able to cross over from Les Deux Alpes and use the La Grave lifts. Skiers from La Grave will not be able to use the Deux Alpes lifts to return from the Vallon de la Selle routes either. Apart from this, it seems that skiing in La Grave will continue much as before. 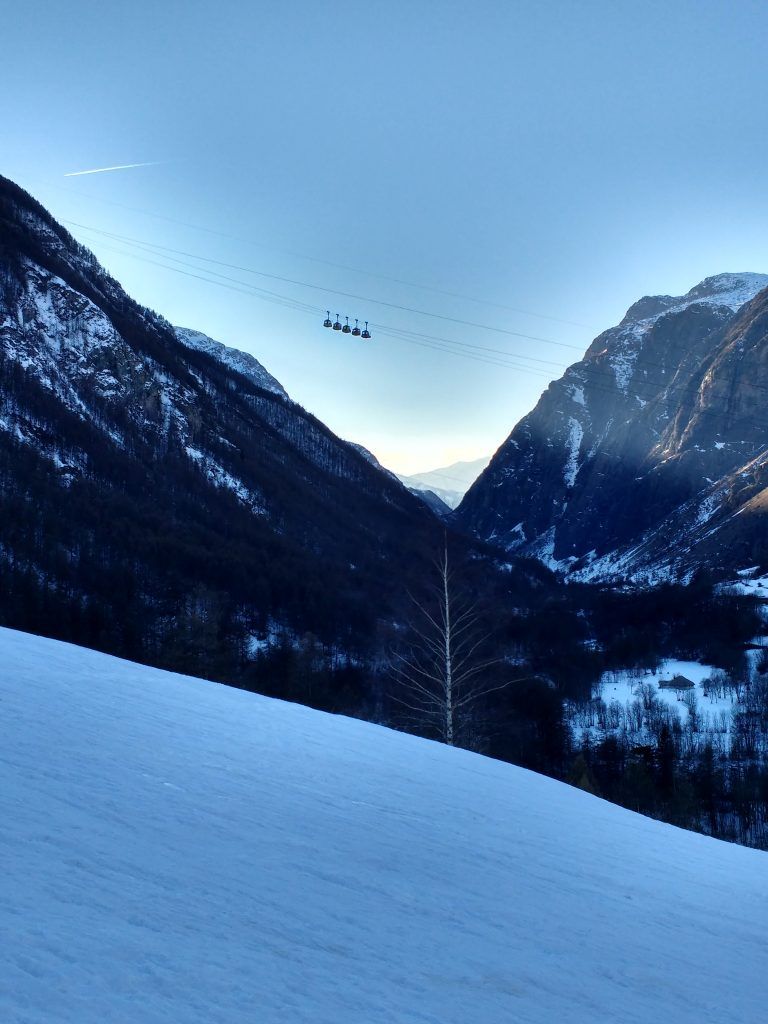 All Part Of La Plagne

Rad Season is providing you with rentals and hotels at the lowest prices available online. Book your stay near La Grave using the map below!

Ian Huyton is a ski teacher and mountain leader based in the French Alps. He likes to inspire people to enjoy the mountains, whether through instructing and leading, or through writing about his experiences. He has worked seasonally around the world from Argentina to Scotland and Andorra to New Zealand, but for the last four years has made his home in Les Deux Alpes.