All Part Of La Plagne In France 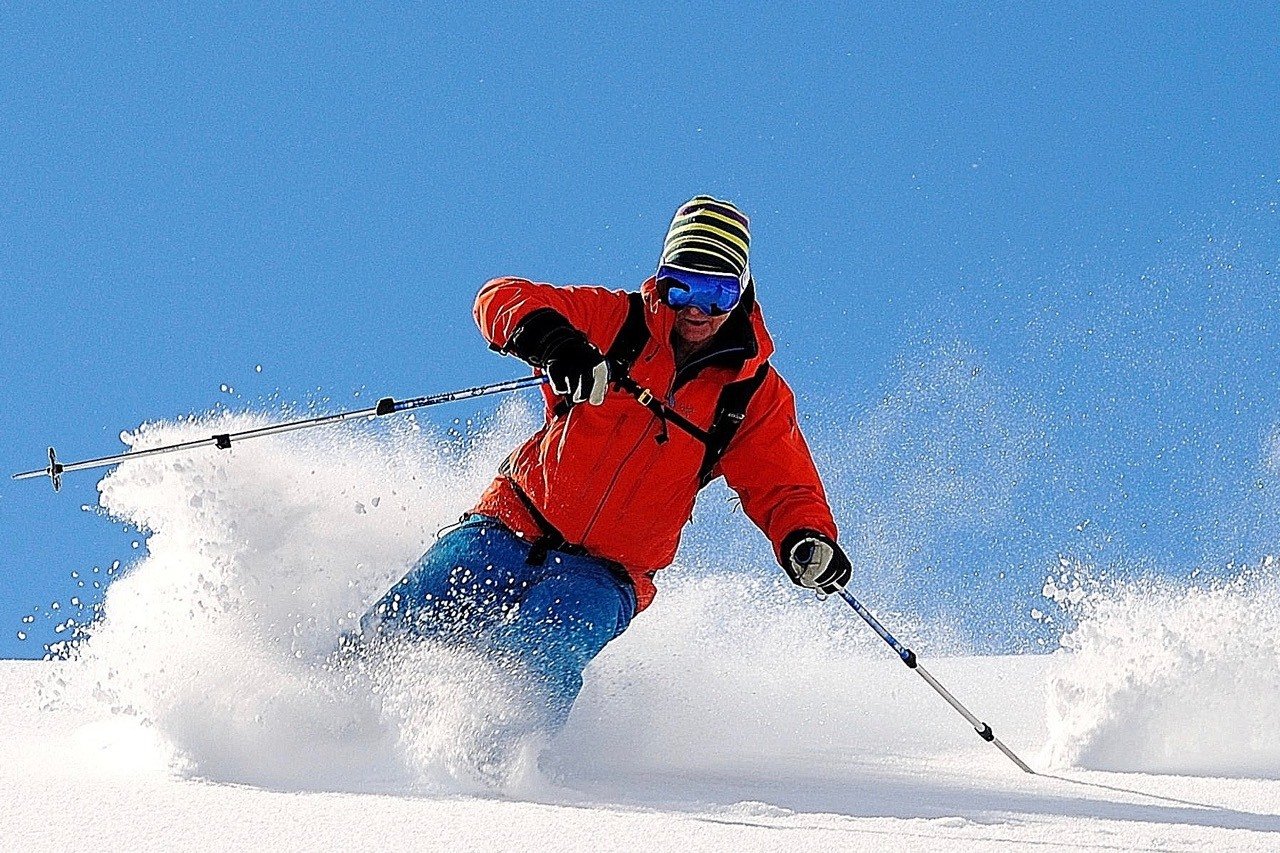 I’m standing just below the summit of 2558-metre Mont Jovet in the French Alps. The views are sensational, with the Mont Blanc massif to the north and the slopes of Courchevel and La Tania to the south, whilst immediately off to my right is La Plagne and the huge Paradiski area.

And there’s not a soul in sight. Sure, you have to skin up to get here, but it’s a relatively quick and easy 90-minute ascent, yet even so and despite the fact it’s 11 in the morning the 500-metres-plus of descent that awaits below is an untracked, open powder field just crying out for a signature or two.

Myself and Oxygene ski instructor Matteo de Marchi are happy to oblige. We swoop off either side of a small, steep couloir, getting in three or four hard, sharp turns before the whole thing opens out into a gloriously wide playground of shin deep fluff.

We can pretty much take any line we like, getting in dozens of wide, sweeping turns accompanied by the customary whoops and hollers (show me the man/woman who can keep their gob shut on a run like this) until we eventually glide to a halt to give our quads a rest and admire our handiwork.

Above us lie two sinuous lines that in Matteo’s case at least would make the most demanding of calligraphers proud. We grin, we laugh and we feel pretty pleased with ourselves. There’s still a couple of hundred metres of descent through low shrubs and trees left to us before we hit the right bank of the Ruisseau de Frasse for an easy ski out to the slopes of La Plagne, the Chalet de la Rosse and, according to Matteo, “The best pizza in La Plagne”. 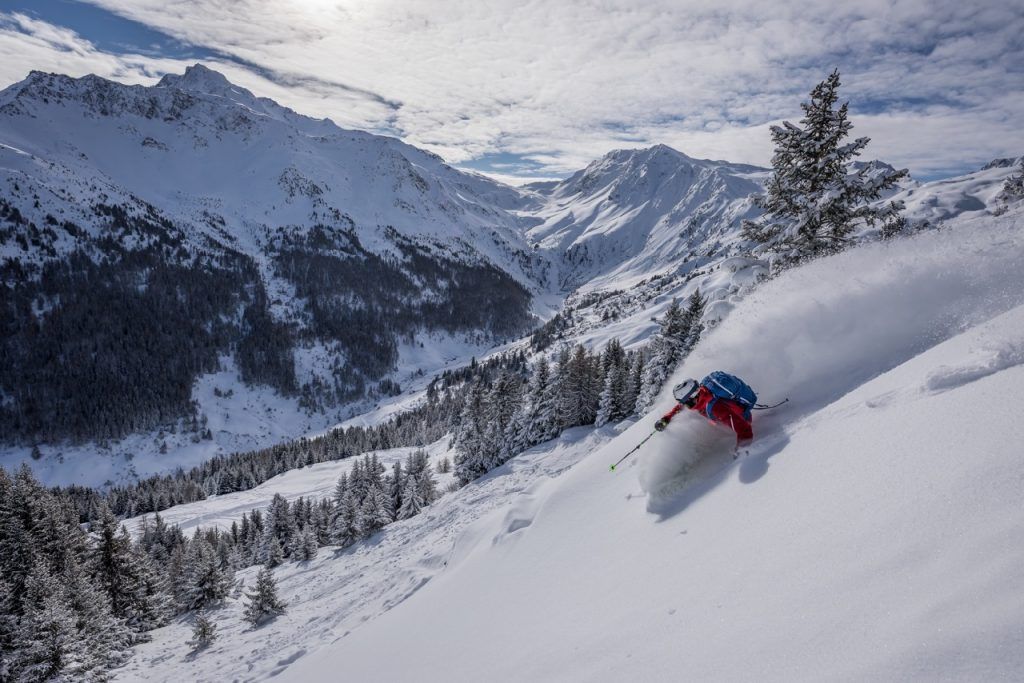 It’s still only 11.30am but since Matteo is from Italy his recommendation of an early lunch featuring his national dish (and a cold beer) is advice worth taking. As I wait in the January sunshine for my lunch to arrive I reflect on the fact that I’ve just done my best off-piste run so far this season in a resort that is generally regarded as being a family and intermediate paradise.

OK, we actually skied outside the resort but we accessed Mont Jovet via the Becoin chairlift and when I ride up it again an hour later the sidecountry off the top of it is far from tracked out; and I can see across to Mont Jovet where the tracks Matteo and I laid down are still the only ones on the mountain.

This wasn’t any fluke either. Over the previous two days I’d skied entirely within the resort with another instructor from Oxygene, Laurent Gras, when the only time we hit the pistes was to get from one freeride area to another.

Chill Out In Chalet Style 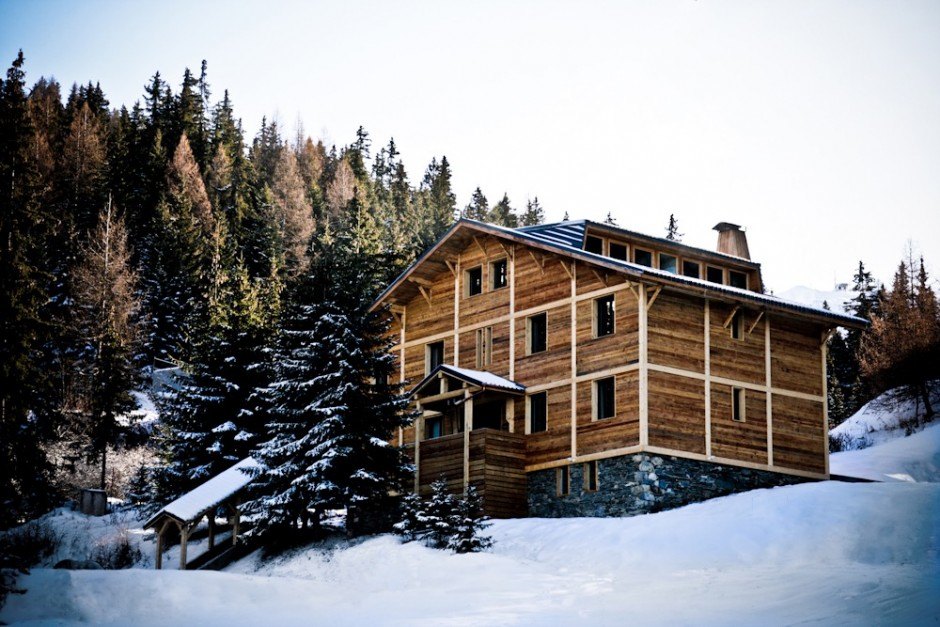 On top of that my accommodation and grub are also right up there. I’m staying at Green Rides’ Chalet Aiguille de la Nova just below Plagne 1800. In good conditions you can ski back to the chalet, which is just above the cheerily floodlit La Plagne Olympic Bobsleigh Track; it’s the only such course in France, where the public are able to scare themselves witless on a bobsleigh run should you feel the need.

I love the cosy, relaxed feel of Chalet Aiguille de la Nova that hosts Leanne and Jess have brought to the place, not to mention their mouth-watering evening meals and an equally delectable selection of wine. It’s a far cry from my cheap-and-not-so-cheerful budget trips to La Plagne in the past, and to be honest when a bloke reaches a certain age I reckon he can justify indulging in the little luxuries that Green Rides offer at Chalet Aiguille de la Nova; knowing that tea and scrumptious cakes are awaiting your return from the slopes, followed by a soak in the state-of-the-art hot tub to ease those freeride-frazzled muscles and then gourmet dining to round off the day is about as good as it gets for any rider.

But back to the skiing; what exactly is going on here? Why is La Plagne hiding its magnificent freeride terrain from the world (including the thrilling North Face of the Bellecôte and the lovely descent to the hidden alpine valley of Champagny le Haut)?

I don’t necessarily think it is actually hiding anything, it’s just that the resort has so successfully marketed itself as an intermediate and family destination that the array of off-piste options on offer has largely been forgotten about.

The next day it was snowing heavily and visibility was poor so Laurent led us to through trees above Montchavin where we encountered 20cm of powder (albeit on top of a scratchy base) before heading back up to the top of 2385-metre L’Arpette for a 700-metre descent, fresh tracks all the way, to hot chocolate at the Chalet du Fríolín beneath the massive Sommet de Bellecôte.

The Secret Of La Plagne…

“The secret”, said Laurent, “is to ski on terrain facing north, north-north-east or north-north-west, and here in La Plagne we have many such slopes”.

The resort also has very respectable altitude, with its highest slopes reaching a height of 3250-metres, which means that it’s pretty snow sure.

Indeed, even in a bad season you won’t go short of good freeriding. I spent the winter of 2010/11 in the pretty village of Champagny-en-Vanoise in the southern tip of the La Plagne ski area, and despite it being one of the worst seasons in over half-a-century it was well into spring before I struggled to find decent off-piste action.

Which all goes to show that when you’re looking for quality backcountry skiing sometimes you’re better off doing a little research rather than just heading towards the usual suspects like Chamonix, Verbier and Val d’Isere.

If a resort is high, has lots of north facing slopes and (also important) a good lift system so you can scoot between the pistes to find your powder kicks it may be well worth investigating. There’s a surprising number of ski resorts that fit that criteria, but I’m not going to give them away here – after all, I’ve already said more than I should about La Plagne.

Oxygene offer ski instruction, guiding, ski hire and a range of other options, including a chalet fitting service in La Plagne.

Your Spaceship Has Arrived, Sir 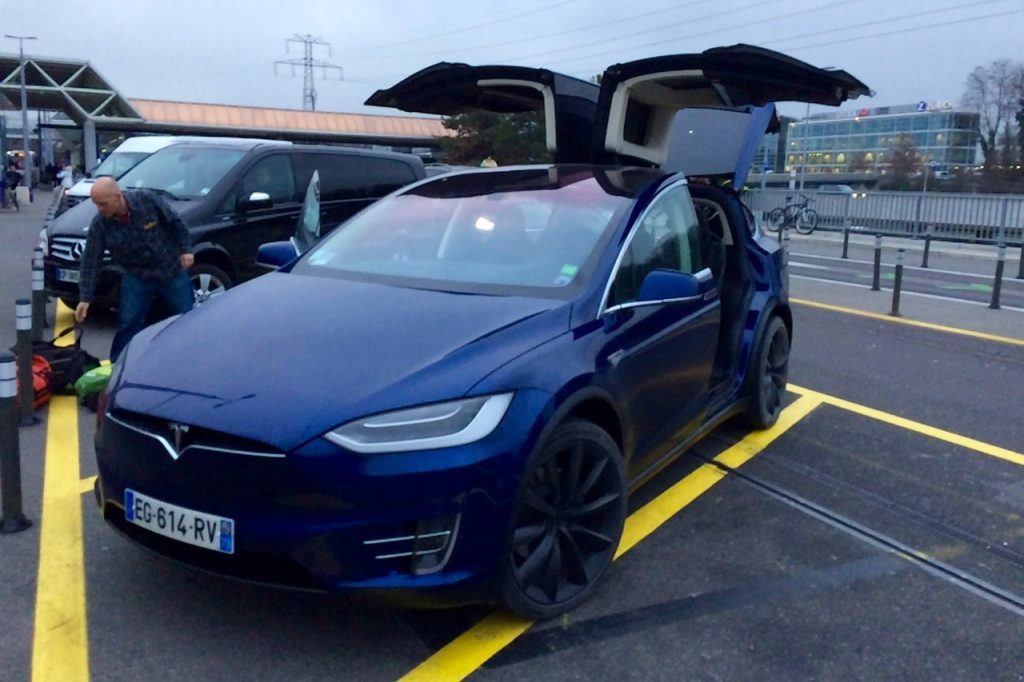 Airport transfers are hardly the most exciting part of a skiing holiday – unless you happen to sign up to the new ZEAT service offered by Bourg St. Maurice-based CoolBus. We were picked up at Geneva Airport by their amazing Tesla Model X transfer vehicle, a zero emissions (hence ‘ZEAT’ – Zero Emissions Airport Transfers) 4WD car that is not only good for the environment since it’s battery driven, but also looks like something out of Back to the Future.

Gull-wing doors, a dashboard computer the size of a small cinema screen, 0-60mph in 4.8 seconds and a travel experience almost as fast, smooth and comfortable as the Starship Enterprise in Warp Factor mode make this a transfer with a difference.

Fair enough, it costs a bit more, but you are travelling in a vehicle worth over £100k at the same time as saving the planet – what’s not to like? 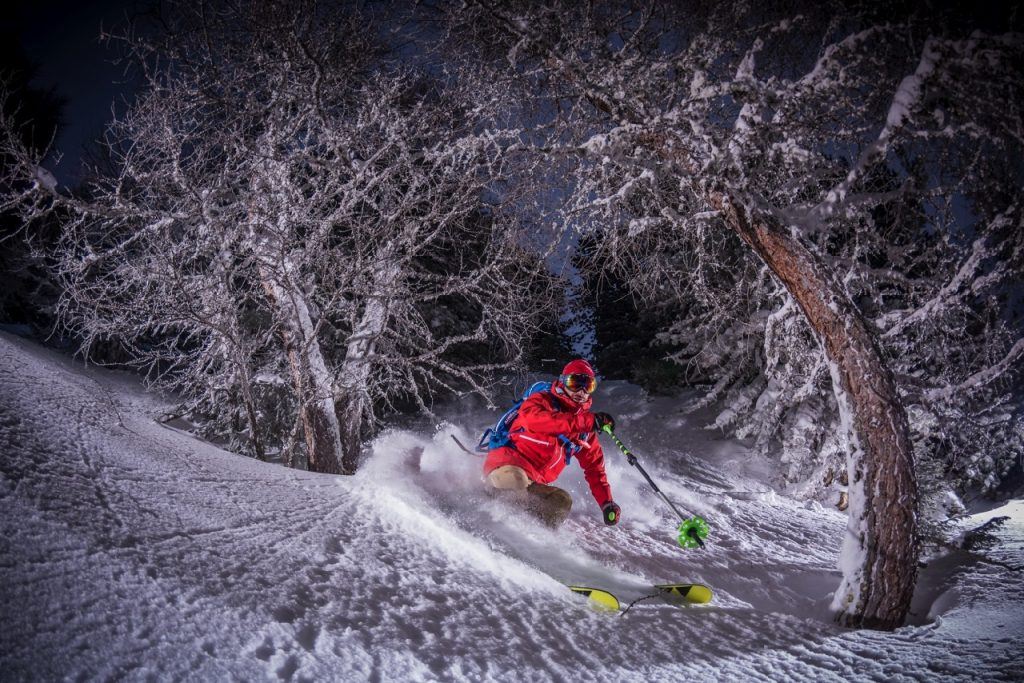 Rad Season is providing you with rentals and hotels at the lowest prices available online. Book your stay near La Plagne using the map below!