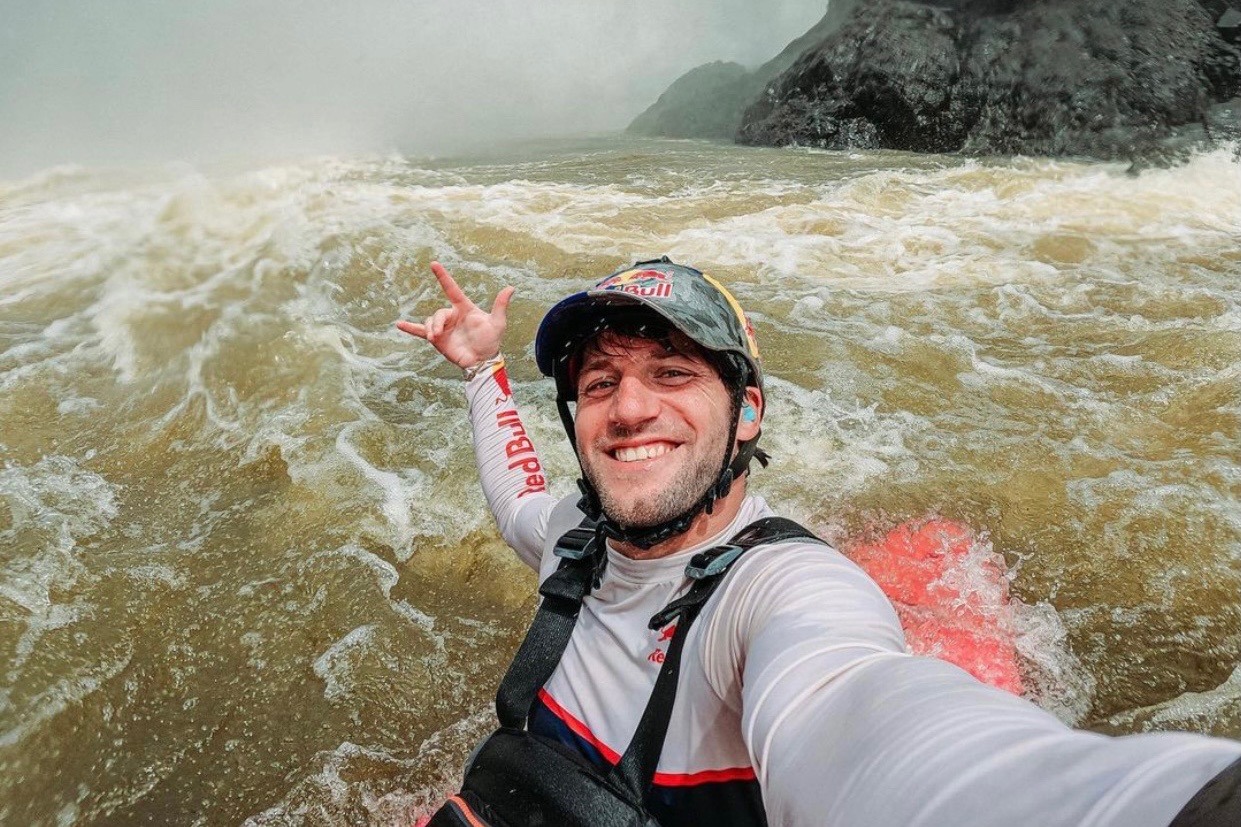 Dane Jackson started kayaking at 2 years old. His dad Eric Jackson (EJ) was a pro kayaker and Olympian in canoe slalom. He then founded Jackson Kayaks. Eric made kayaking a way of life and got Dane and his older sister Emily into a kayak right away.

Traveling in an RV all over the US for six years Dane was homeschooled by his mum so his dad could bring the family on the road and compete in kayaking events.

Dane jumped into competing and won nearly every junior world title. In 2011 he progressed and started winning pro-level contests such as the Whitewater Grand Prix and the IFC Freestyle World Championships. With 80 first-place finishes in freestyle kayaking competitions Dane is considered one of the best kayakers in the world with 3 Freestyle World Championships to his name.

In 2020 the 27-year-old took on the 2nd tallest waterfall descent in history with a drop of 134-foot down Salto del Maule in Chile. If he’s not traveling in his RV to compete, he’s kayaking around the world looking for first descents and 100ft + waterfalls but most importantly he’s having a good time with friends and family.

Tune in to find out more about Dane’s world first attempts, future travel plans and what kayaking projects he has coming up.

Growing Up Kayaking and Living in an RV

Oli Russell-Cowan: I’d love to take it back to the beginning of where you grew up and how you got into kayaking.

Dane Jackson: When I was born my dad was a professional kayaker. He went to the Olympics for slalom. He did a lot of whitewater and he’d been kayaking for a long time.

I had an older sister. Even though we weren’t necessarily kayaking immediately, he would bring us to the river and he would put us on his lap. Then when I was about four years old and moved full time into an RV, when my dad moved away from slalom and committed full time to doing more whitewater.

We sold the house in Maryland moved into an RV full time and we went wherever my dad wanted to go to kayak and compete. So we were immediately just surrounded by kayaking. I was either in the river stealing people’s kayaks, playing with little kayaks around the river or down a little creek. If there was the opportunity, my dad would still take us kayaking. So immediately I was surrounded by the sport.

We actually lived full time without a house for six years in the RV. There was plenty of time to be around the river during that time. Even after that we moved to Tennessee but we still spent most of the year in an RV.

Kayaking had been the full surrounding in my life growing up and my dad wasted no time getting myself my sister into it. 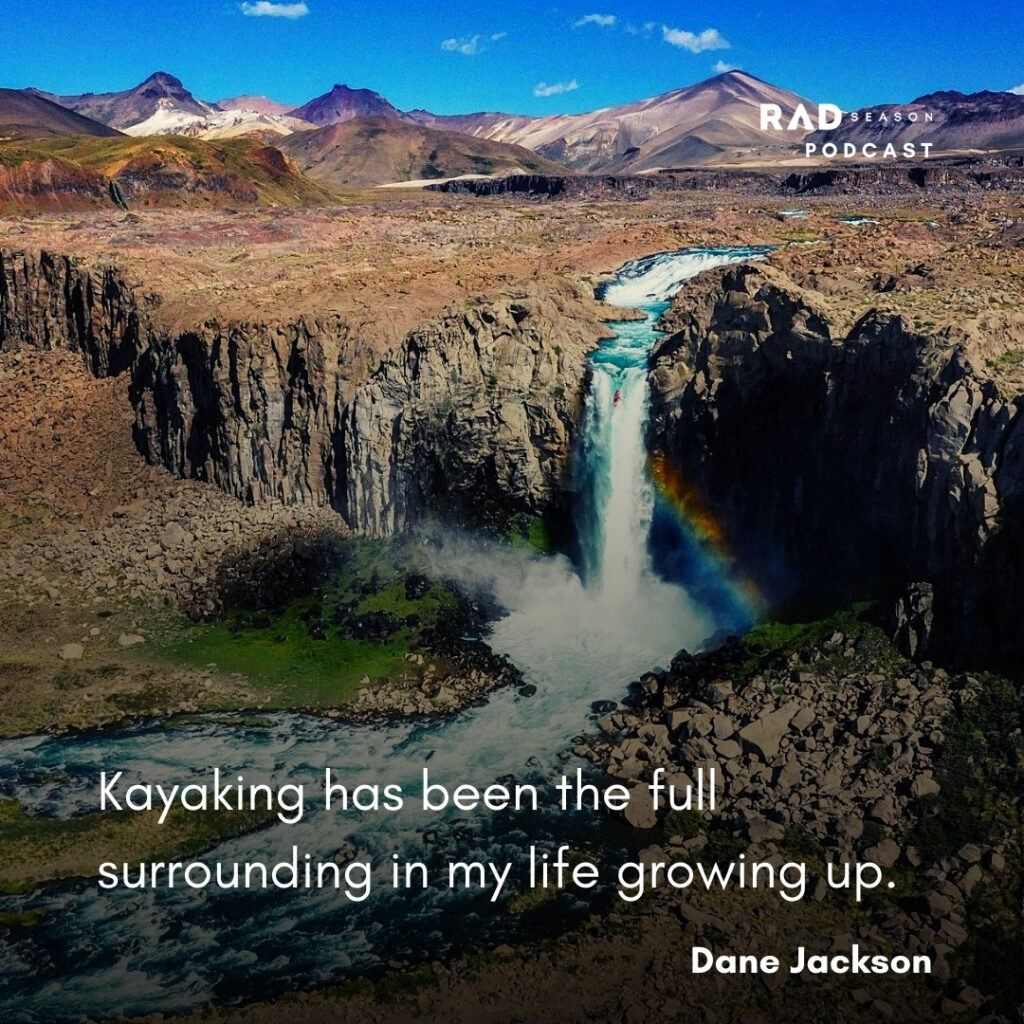 Oli: How did you find that growing up? That was probably just normal for you and your sister, right?

Dane: Yeah, it was a different lifestyle for sure. But it became a normal life for us. Even now we’re adults doing our own thing. We still work together, paddled together and still have a pretty similar lifestyle.

‘Growing up it was great because I love kayaking, I love being around the river.’

Oli: Were you going around the US and into Canada as well?

Dane: In the RV we would go to US and Canada every year. The Ottawa River in eastern Canada is one of the most world class rivers that’s bigger water. When it’s slow in the summer, it’s really warm and one of the best places in the world to learn how to kayak. Whether you’re a kid or adult, there’s a couple of programs out there including a program called the Kino program that you can learn a lot of incredible kayaking out there. It’s deep and warm so it’s safer.

For me growing up, that was a perfect river for me to get the opportunity to paddle because it’s just a great spot that I could still be in my own boat and run these sections. It’s a really safe and easy spot to teach someone. So that was my favorite river growing up. We went there every year.

We spent a lot of time in Colorado and all over the US. We were also flying international quite a bit as well, going to Africa, New Zealand whether at the World Championship. We were going all together as a family. 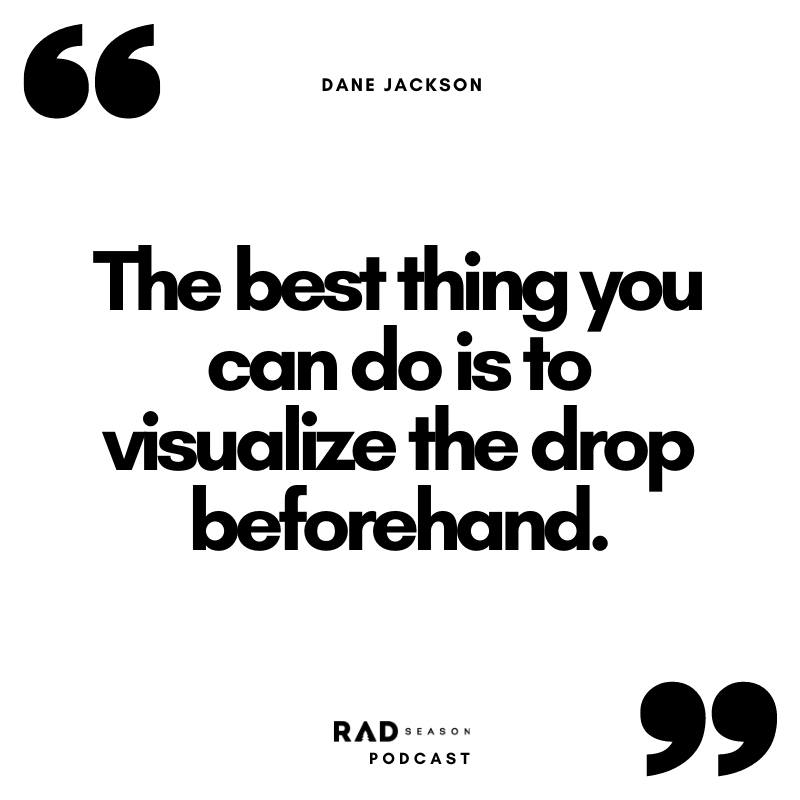 Dane: I started kayaking when I was like two years old in my own boat, doing whatever it was my dad could do. But for about six years, I never learned how to roll. My sister and I didn’t necessarily want to. One day it was time we learnt how to roll that way we can start running more whitewater.

So I learned how to roll when I was 8 and my sister was 11. I able to progress a lot faster and start paddling more often. My dad could start taking me on harder rivers. As well as start competing because we knew how to roll. At 8 when I learned and that’s when I started competing.

Oli: Was it at the same locations as the seniors and pro division then?

Dane: Depending on the events, some events have Junior divisions up to 18 and then the adult division is 18 and up.

There are certain events like the Teva Mountain Games in Vail, Colorado that wouldn’t have a junior division. Even if I was nine or 10, I’d still had to compete with the rest of the older guys. A few times I’ve done well there even when I was younger.

When I was like 8 or 9, there were also some cadet divisions that you could compete in at a few events.

Oli: Your dad was doing this full time as a profession?

Dane Jackson: He had a lot of different things back in the day. Once kayaking was a thing it never stopped whether it was being a professional slalom paddler, freestyle world champion, extreme racer, all of that. He had been working with multiple different brands including our family company, Jackson Kayak, so he’s been a full time kayaker for pretty much ever now.