Kieren Owen, otherwise known as YouTuber Jimmy The Giant or The Internet’s Louis Theroux is a Storyteller, Musician and Sub Culture Enthusiast

Kieren Owen got hooked on two things at an early age, parkour and making videos. Growing up he had a group of mates who he would practice parkour with and film. They created a parkour lifestyle brand called Marrero Gang. The company fell apart after a few years. He still wanted to make videos and had built a name for himself as Jimmy The Giant through music. He took over the Marrero Gang YouTube Channel. His first documentary on the new channel called ‘How One Man Nearly Destroyed Parkour’ went viral.

Jimmy The Giant continued to create documentary style videos about parkour. He then expanded out into content on interesting sub cultures and action sports working with the likes of Red Bull and Gear Junkie. He’s now gone full time as a content creature building his YouTube channel to 229k subscribers and over 41 million views.

Tune in to find out what content strategies he used to grow his YouTube Channel, focusing on a niche and then broadening out, action sports events coverage and advice he has for starting your own thing.

Oli Russell-Cowan: What’s been going on?

Jimmy The Giant: It’s been kind of weird. I’ve been doing YouTube for like two years, but the trajectory I’ve taken has been really random and kind of unplanned to some degree.

I started doing parkour videos and then ended up getting into these sports events. Going to Germany for a Slopestyle event and Cliff Diving events. It’s just a weird trajectory. And it’s kind of take me take me in strange direction. So I’ve just had the whole year travelling a lot. I think I was out of the country 10 or so times, it’s been really fun.

Now I’m knuckling down for winter and just enjoying being back and having a bit of a routine and stuff.

Being a Creative for a Living

Oli Russell-Cowan: back in the day was the main focus to try and make parkour your job?

Jimmy The Giant: In a way I think, now I look back. What I think. I’ve always wanted to be able to do is be creative for a living. I think that was the bottom line.

When I was doing parkour, I was never trying to push myself as an athlete. I just wasn’t on that skill level. And I was always inspired by Odd Future, Tyler the Creator, and stuff like that. He was a skate guy and became a superstar rapper sort of stuff. I always really loved how he represented skateboarding. I was  trying to kind of emulate Odd Future in a weird way. Not exactly, but just trying to do something like that in parkour. 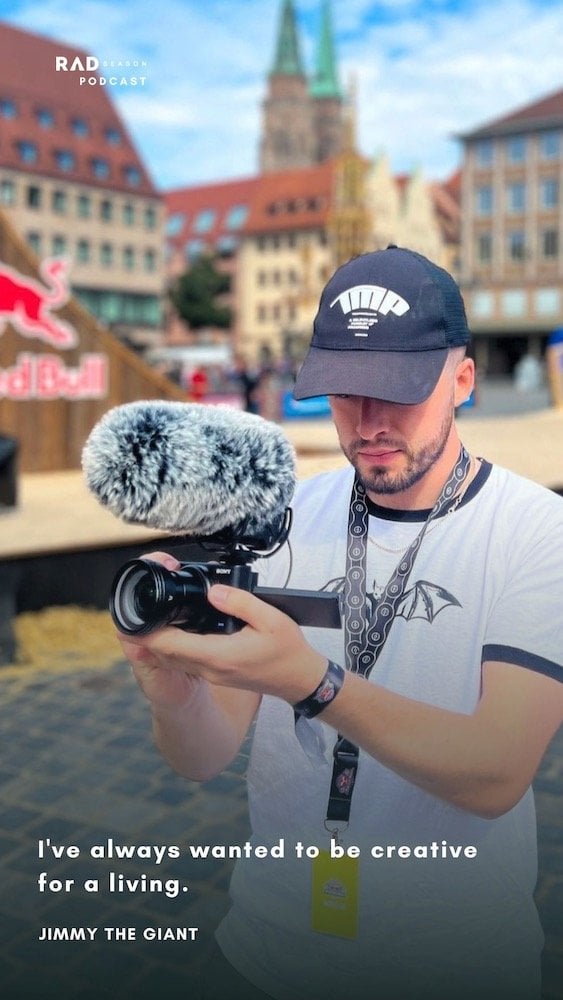 I used to have a brand called Marrero Gang. It was this lifestyle, parkour brand. We did a lot of comedy, I do music and stuff. The content I was making was just about Parkour. We did this brand for a bunch of years and saw very limited success.

It was kind of like your favourite free runners favourite brand or something like that. It wasn’t quite there. But it was like the cool niche brand that if you’re in the know, you kind of knew about it, but it weren’t like the big one sort of thing.

We made some videos. It tanked. And we got to a point where we’re like going on with our lives. We all got jobs and whatnot. I just still wanted to do YouTube. I wanted to make stuff, ultimately. 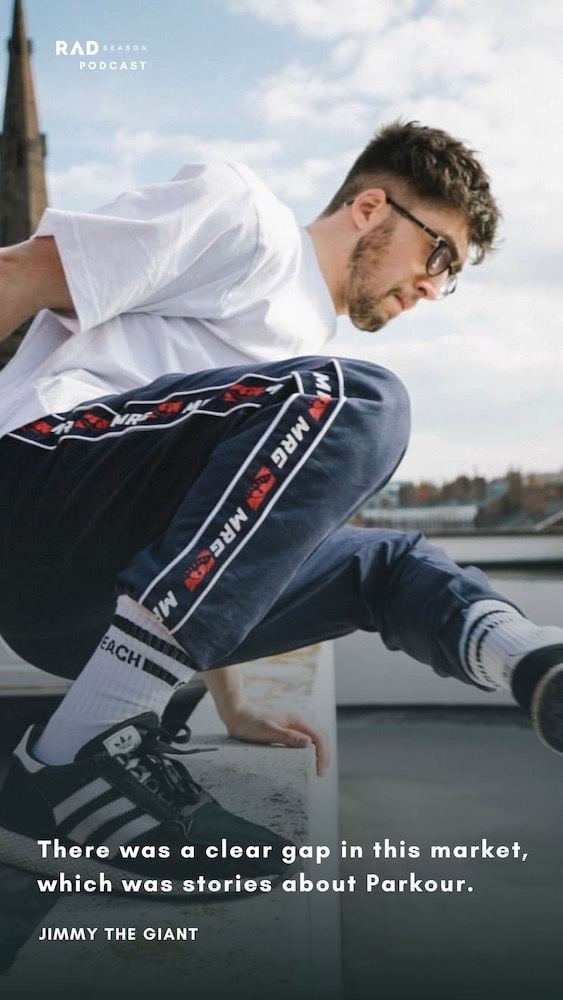 So I asked the guys if they would you mind if I turn it into my own channel? I built a name of Jimmy the Giant with music and stuff. They were all cool with it. So I went ahead and I had this  one documentary, which was the very first one I did which was called, ‘How one man nearly destroyed parkour.’ I made that and it basically just went viral.

Rad Season is providing you with rentals and hotels at the lowest prices available online. Book your stay near Luton, England using the map below!