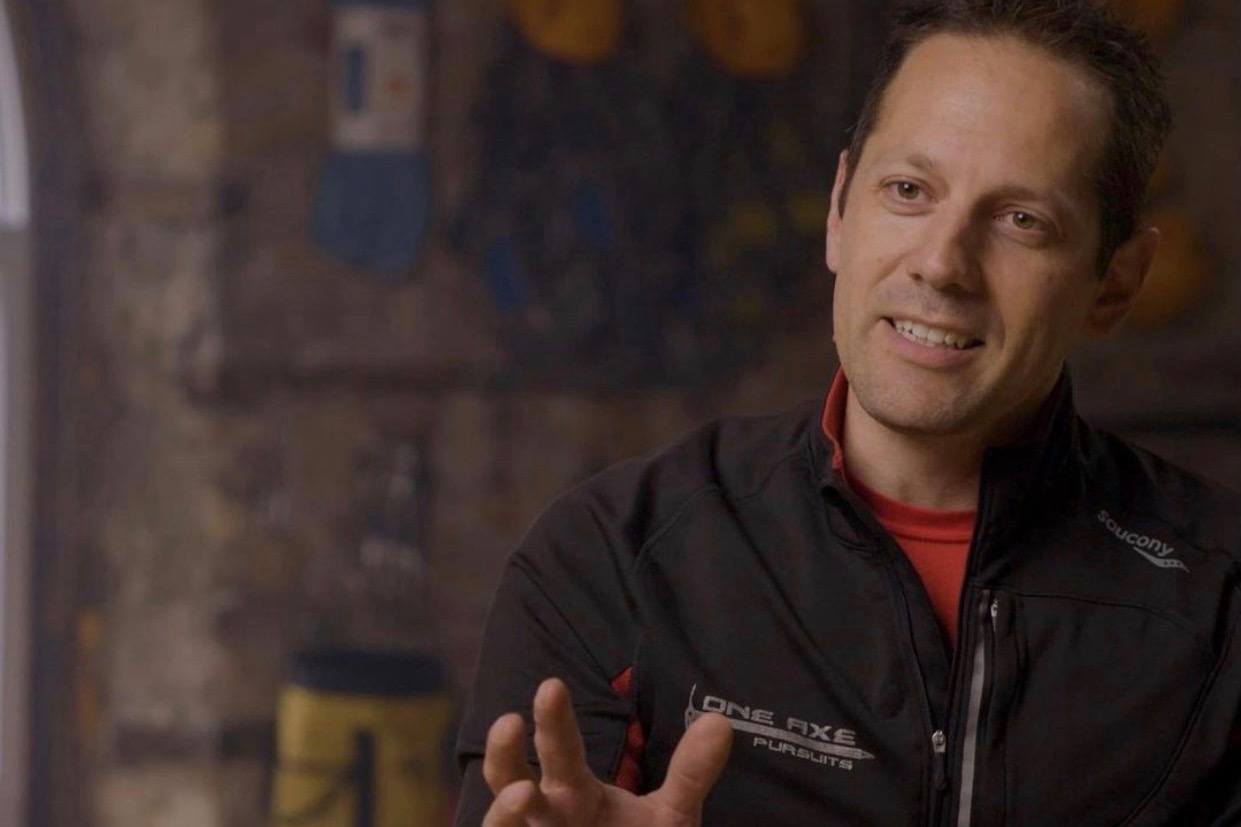 Frederick ‘One Axe’ Schuett, is an ice climber, extreme expedition leader, professional volcano zipliner and the founder of ONE AXE Pursuits and One AXE Extreme

Elora, Ontario native Frederick started climbing when he was 10 years old when he and his friends found an extension cord in his Dad’s garage and used it to scramble hills in the local area. At 18 he took his first ice-climbing course in the Rockies and said to the instructor that the glacier they were climbing wasn’t challenging enough. The instructor took one of his two climbing axes away and his nickname ‘One Axe Fred’ was born.

Frederick went on to being part of a National Geographic documentary ziplining the ‘Door to Hell’ crater in Turkmenistan. He’s done world first stunts like lowering VIP clients into a volcano crater and led ziplining expeditions over an active lava lake in Ethiopia and Sir Richard Branson’s urban zipline stunt to launch Virgin Mobile.

Back at home he operates One AXE Pursuits for the past 20 years which teaches people to rock climb, ice climb and runs ziplining and mountaineering courses.

Tune in to find out more about how Fred got into ziplining volcanos and what projects he has in the works. It’s going to be fire!

Rad Season is providing you with rentals and hotels at the lowest prices available online. Book your stay near Elora, Ontario using the map below!