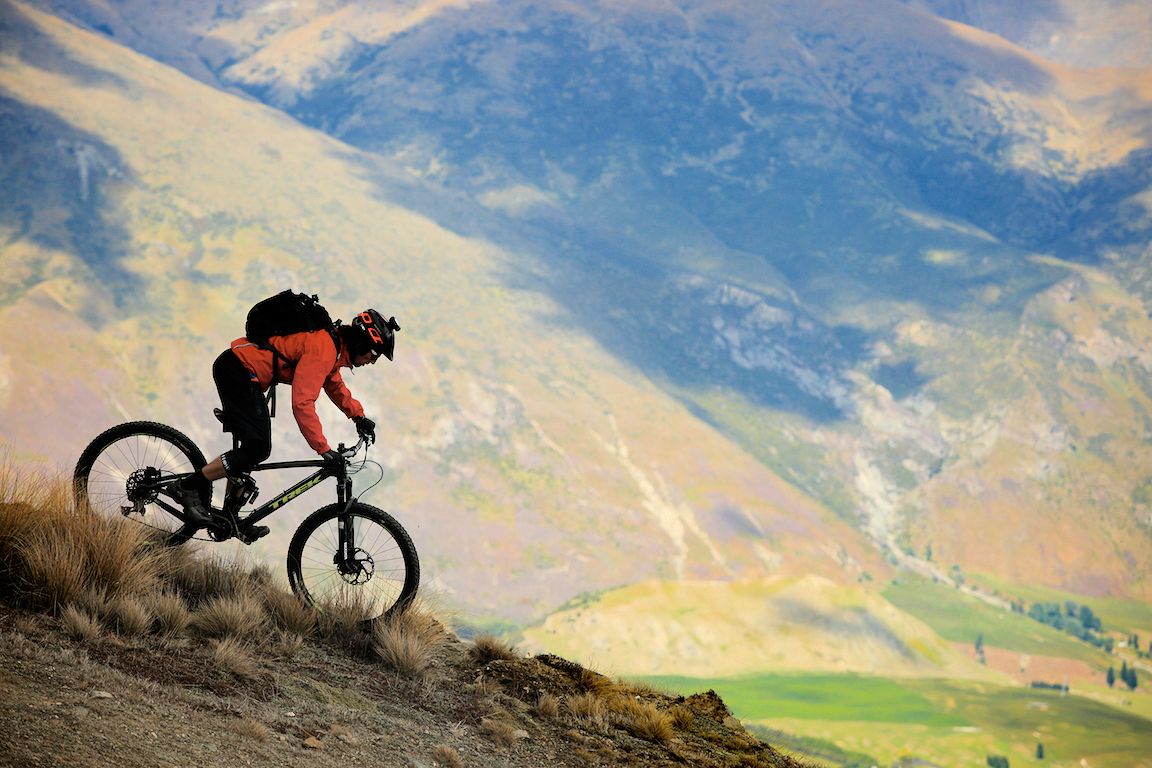 I confess that I love riding up hills as much as going down them; well almost as much. See, when you’re as loose on the chocolate and cake as I am there has to be a brake to stop the fitness going downhill and weight heading uphill. Climbs do it for me. But when a Kiwi mountain biker says he’ll take me high quickly in return for a bottle of single malt what is a man to do?

So I took up the offer from Greg at Fat Tyre Adventures to go heli-biking in the Remarkables out of Queenstown, New Zealand. It would be rude not to.

Along with Auckland based rider Nigel, Tom from Sale in Victoria and Steffen from Germany I met our guide Leigh at Queenstown Airport. Leigh went deep into conversation with our pilot Scott as strong winds were blowing up in the mountains. The decision was made to head up, but to a different location than originally planned. After a safety briefing, bikes were loaded onto the skids and up we went. 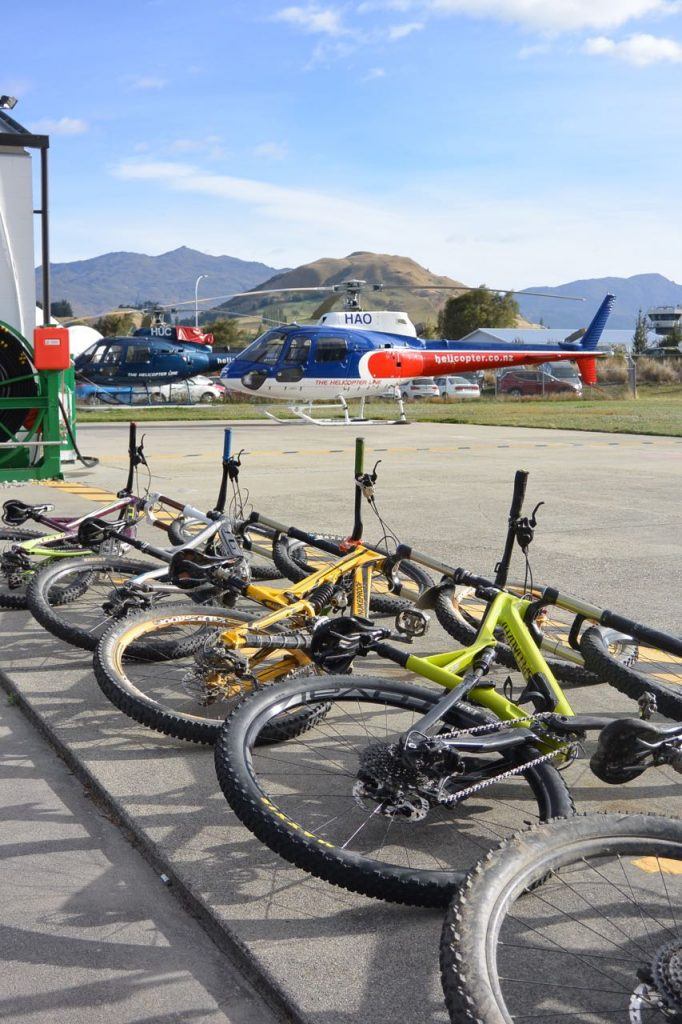 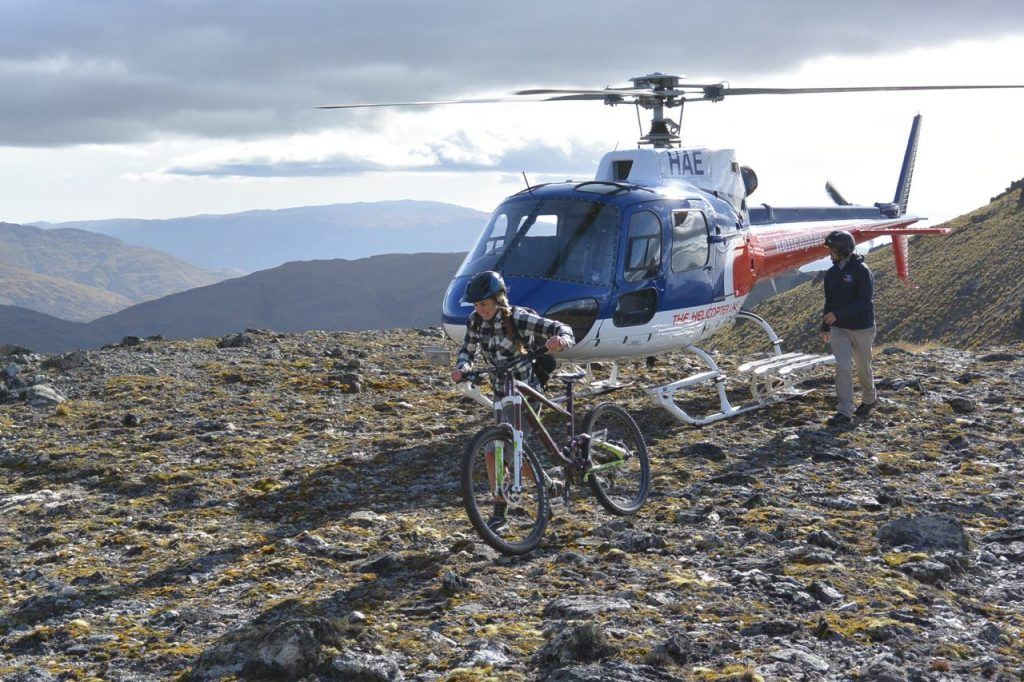 facebooktwitterpinterest Well that was easy. End of a 1500 metre climb. The Remarkables, Queenstown

I don’t think anyone can fail to be impressed by a flight in a helicopter and its ability to land on any piece of reasonably flat land. We were buffeted by the wind as Scott took us in minutes over a ridgeline over 1500 metres above the airport altitude. He put the bird down on a rocky, grey knoll that had an old 4WD trail snaking down the ridge. But after waiting a minute or two Scott decided it was too windy for us to get out and flew lower down the ridge to drop us and our bikes. 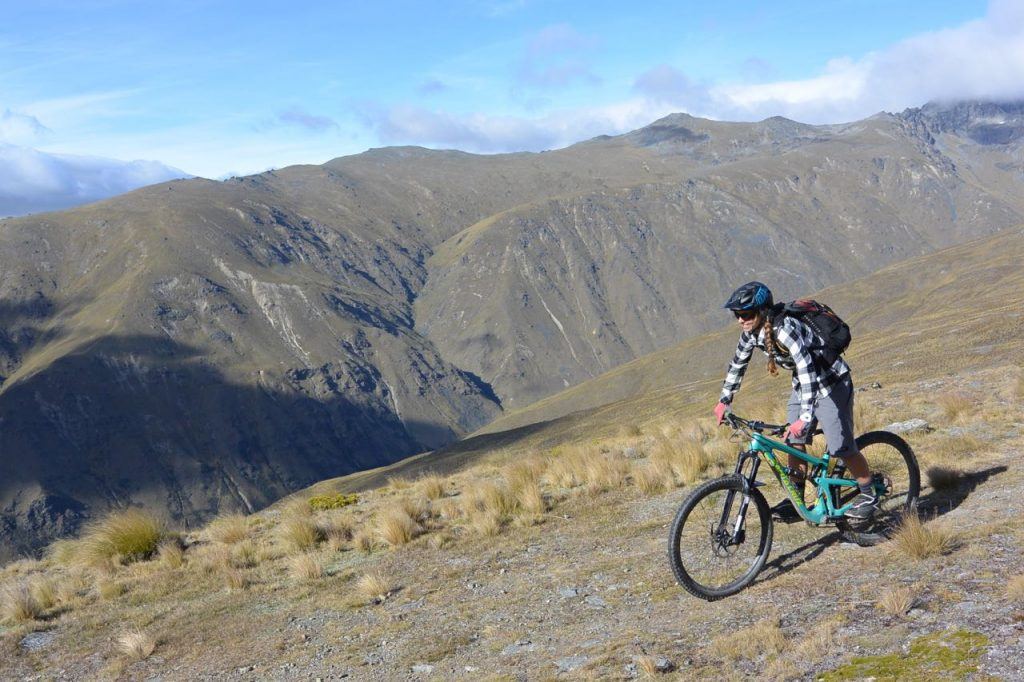 Then he was away into the air and us away down the trail; a long, fast, rocky run deep in the mountains. We stopped regularly to take it all in and to take photos. At one point, after 40 minutes or so of descending, I stopped to do exactly that just 200 metres from where the helicopter was waiting for us. I hadn’t realised that Tom had caught up to me and was right on my tail. As I stopped Tom took avoiding action, dropping the bike at speed to find himself running, sprinting even, on down the trail. He was almost at the helicopter before he was enough in control to pull himself up. 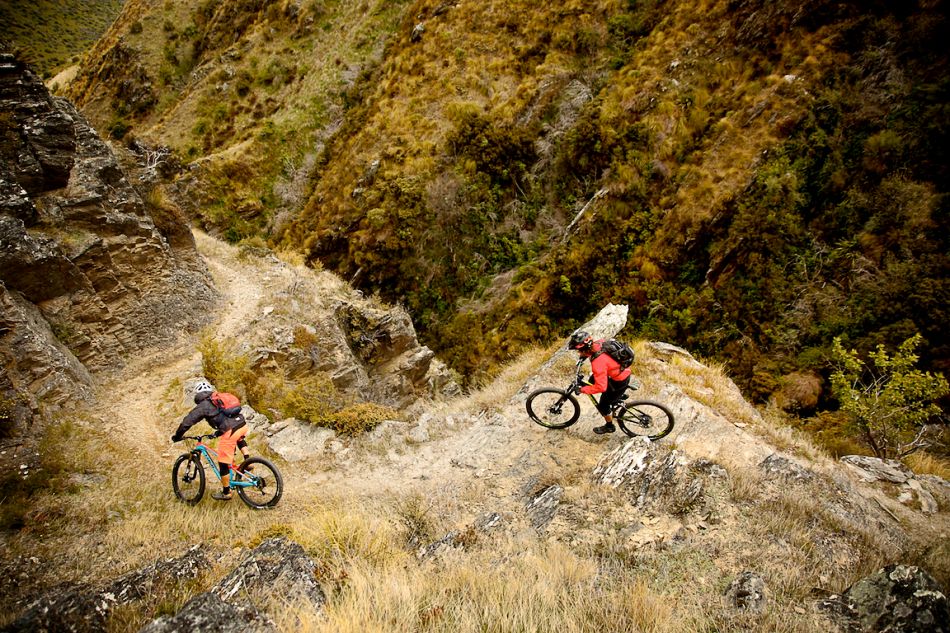 Back up we went again to land on Mount Rosa and another sparkling descent, this time all the way down to the Gibbston Valley to finish with a fine Central Otago Pinot Noir where we came to a halt at Mount Rosa Wines. Exhilarating!

Rad Season is providing you with hotels and Airbnbs at the lowest prices available online. Book your stay near Queenstown using the map below! 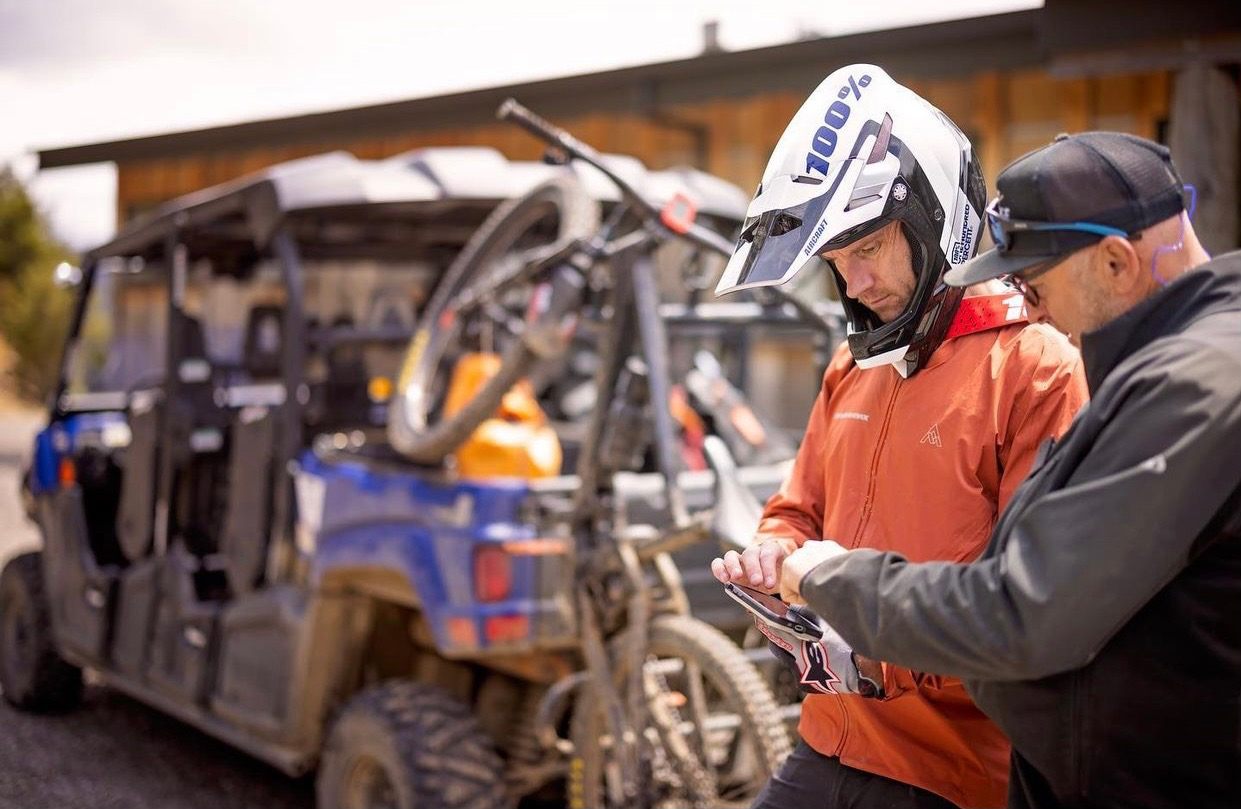 'It hurts more when you stop' was Huw's answer when questioned about 'creaking bones' syndrome. He's well known for his adventuring, environmental initiatives (don't show up with plastic bottle of water in his presence.....) and as one of Australia's longest established adventure event organisers. As the self professed jack of all trades and master of none Huw has spent over 30 years travelling by kayak, bike, ski and foot in wild places across the world. He's a regular contributor to a range of publications and his new book Mediterranean - a year around a charmed and troubled sea is just out.