Yanshui Fireworks Festival: Huge crowds run towards, not away from, towers of exploding fireworks at Taiwan’s most legendary cultural festival. Listed as one of the top three major folklore festivals in the world, the event launches fireworks into the crowd. Legend has it that the fireworks originated near the end of the 19th century during the […] 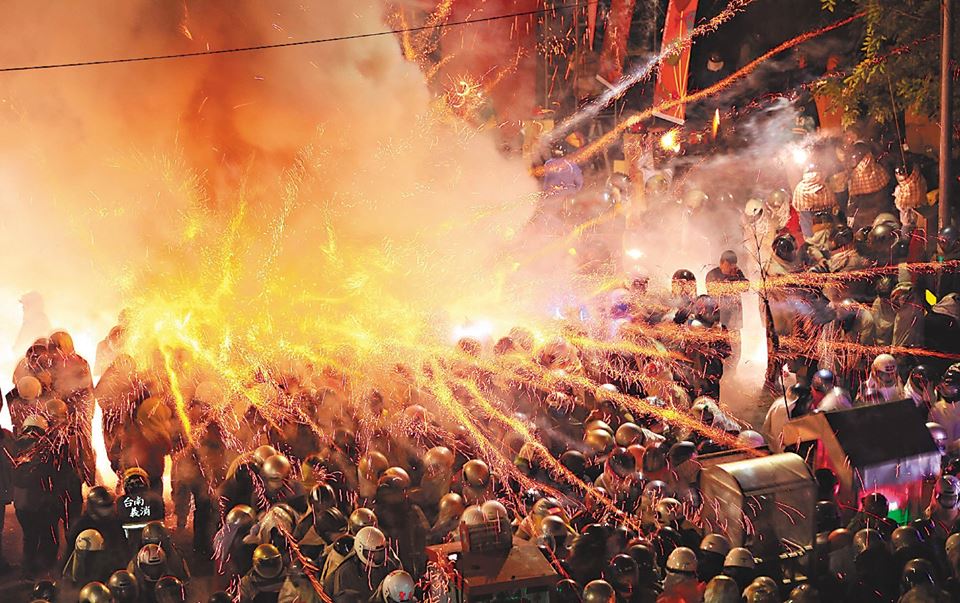 Sign up for more news about Yanshui Fireworks Festival 2022

Yanshui Fireworks Festival: Huge crowds run towards, not away from, towers of exploding fireworks at Taiwan’s most legendary cultural festival.

Listed as one of the top three major folklore festivals in the world, the event launches fireworks into the crowd. Legend has it that the fireworks originated near the end of the 19th century during the Qing Dynasty.  There was a plague, so the terrified locals prayed to the Holy Ruler Deity Guan, and asked him for help. The deity replied that on the night of Lantern Festival Day, the deity would parade through the streets of Yanshui, Taiwan and followers must set off firecrackers as they trailed behind the deity’s holy sedan chair.

Every Lantern Festival night, the holy sedan chair slowly parades through the streets of Yanshui, surrounded by followers and visitors. When the sedan chair passes the doorways of stores and residences, racks of fireworks are lit, sending firecrackers flying everywhere.

Local people believe that after running through the flying fireworks they get rid of bad luck and have a great new year.

On the first night, at the Emperor Guan Temple, the holy sedan chair departs from the temple and paraded through Yanshui. Followers along the way set off firework racks in front of their doorways.

‘Watch thousands of fireworks up close while taking part in an exhilarating run through a night long shower of firecrackers.’

This is a truly thrilling experience for the brave, as fireworks literally shower down on spectators. Special helmets, clothes and gloves are required.

Where does the Yanshui Fireworks Festival take place?


Yanshui is a small town, situated in northern Tainan City,Taiwan. 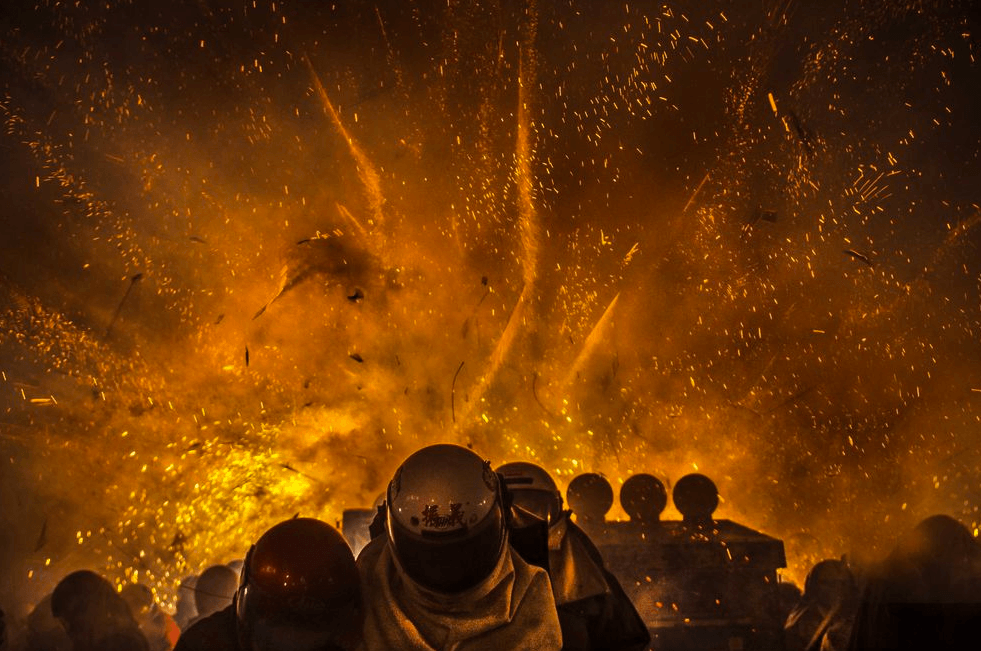 How to get around Yanshui

The Tainan Airport is the closest airport to Yanshui.

Take a train to Xinying Yanshui Train Station, then take a bus from the station to Yanshui district where the fireworks will be set off.

Hire car and ridesharing are available as well as a local taxi service. Exit at Xinying interchange and head towards Yanshui, drive west along county highway No.172 for approx. 2.6 km.

Where to stay for the Yanshui Fireworks Festival

There are hotels, hostels, homestays, Airbnb’s and many other accomodation options in the district, ranging from budget to luxury in style. 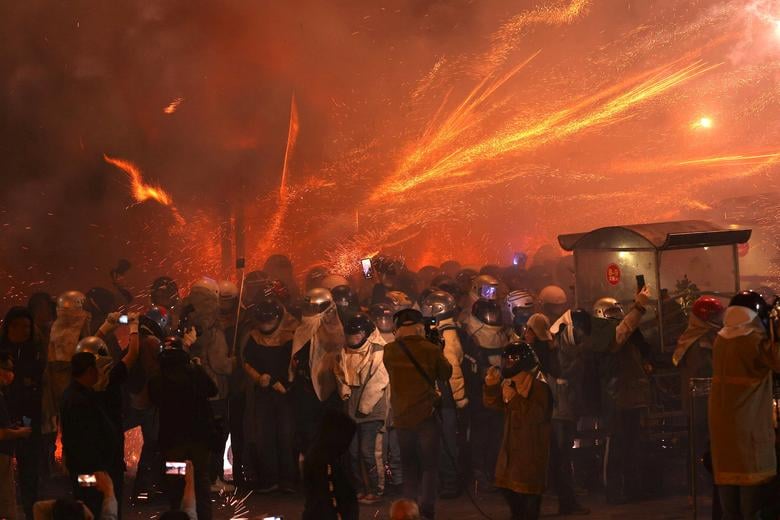 Things to do in Yanshui

Taiwan is known for its mountains and the closest to Yanshui is Mount Lu. It is one of the hundreds of steep peaks that tower above a sea of clouds that encompass the mountains for almost 200 days out of the year. Mount Lu is known for its grandeur, steepness, and beauty, and is part of Lushan National Park, a UNESCO World Heritage Site since 1996, and a prominent tourist attraction, especially during the summer months when the weather is cooler.

Next year the dates for the Lantern Festival in Taiwan are Saturday, February 26 to Sunday February 27, 2021.

Plan ahead: Book your perfect trip with our Taiwan travel guide and destination information. Does Taiwan require a visa? Check the visa requirements before you get caught up during your travel.

Stay safe: Even the best-laid plans can head south. SafetyWing travel medical insurance can help you stay safe and cover you in unlikely situations as well as that epic road trip or on your next adventure. How to stay safe during Yanshui Fireworks Festival 2022? If you’re not covered for your trip yet, get your quote here.

Spend money wisely: Take public transport and dine in from time to time are common saving tips during traveling. How to spend money wisely in Taiwan? Make use of technology. There’s an app for everything.

Rad Season is providing you with hotels and Airbnbs at the lowest prices available online. Book your stay for Yanshui Fireworks Festival 2022 using the map below!

Sign up for more news about Yanshui Fireworks Festival 2022

One thought on “Yanshui Fireworks Festival 2022”