Red Bull Rampage 2021: The gnarliest event on two wheels is back in Utah Rampage is back for its 20 year Anniversary and promises to be one of the craziest events of the year, with the biggest drops, steepest cliffs and the best riders from freeride, downhill and freestyle all competing for the coveted Red […] 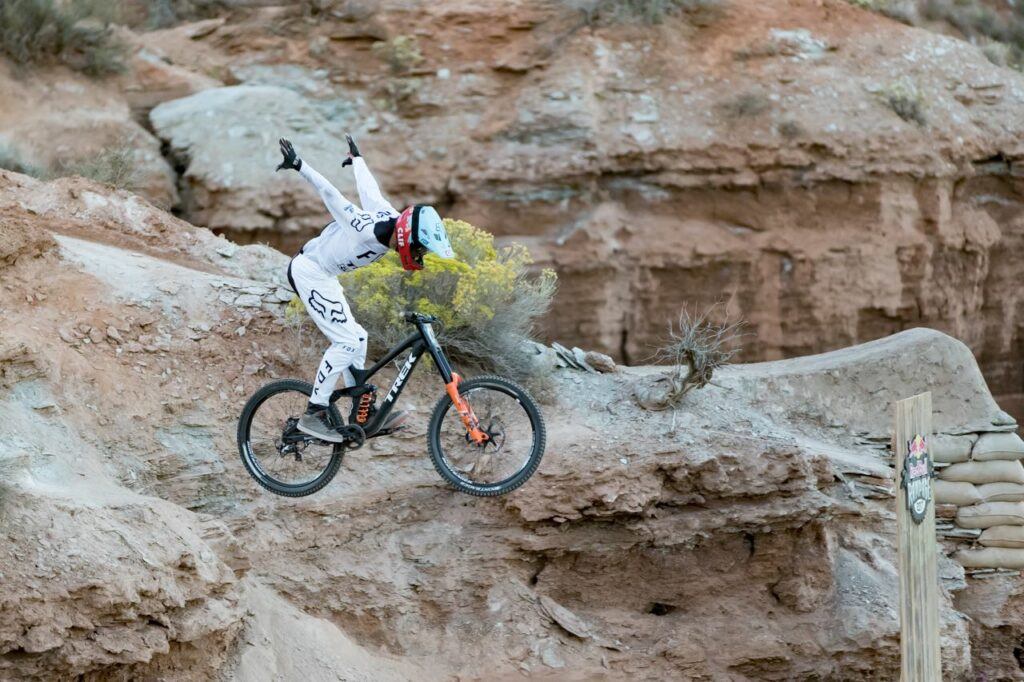 Sign up for more news about Red Bull Rampage 2021

Red Bull Rampage 2021: The gnarliest event on two wheels is back in Utah

Rampage is back for its 20 year Anniversary and promises to be one of the craziest events of the year, with the biggest drops, steepest cliffs and the best riders from freeride, downhill and freestyle all competing for the coveted Red Bull Rampage Crown. This year there will be an all new course for the riders to content with at Rampage.

Rampage ranks as one of the most gnarly action sporting events in the world. Riders take on declines at epic angles, forging their path down treacherous trails without an ounce of fear.

This invite only mountain biking event features a special breed of athletes that have the guts to take on insurmountable feats of competition. Having the highest level of skill to handle this course is a given. Being downright insane might as well be a qualifying trait for invitees.

Once again, Rampage will be taking place at the red rocks of Virgin, Utah – and will showcase the greatest feats of strength, skill & daring in professional mountain biking. 15 of the world’s best freestyle, freeride, and downhill pro riders show off their death-defying tricks, challenging lines and unbelievable drops. It’s an exceptional event in one of the country’s most stunning locations.

To whet your appetite, here’s a look at one of the Red Bull Rampage Videos of wipeouts and wins.

Where to stay for Red Bull Rampage

There are a number of apartments in Virgin as well as hotels and guest houses close by in La Verkin. For the best accommodation deals in town make sure to head to the map below. 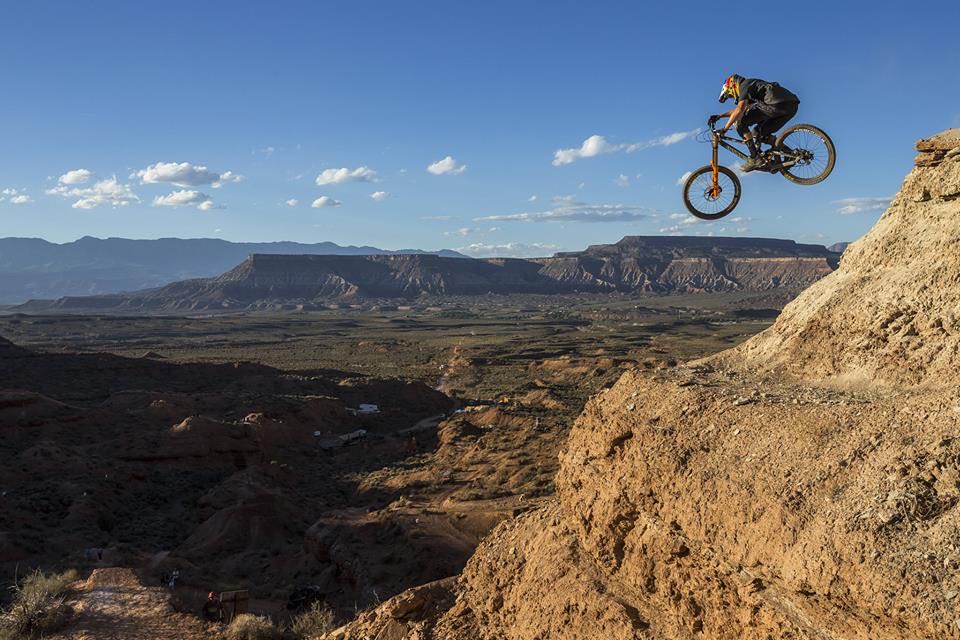 Red Bull Rampage has awed the world with its life-threatening tracks and mammoth tricks. 2001 was the year the event kicked off for the first time. It was a period where the popularity of the sport was so miniscule, that maybe 100 people were there to watch. Fast forward nearly two decades and the event has become one of the most anticipated cycling contests in the world.

The Rampage mountain biking event is held just outside of Zion National Park in the hills of Virgin, Utah. In Utah, Rampage riders face the ultimate test of bravery, grit and skills that an individual can display on two wheels. For most mountain bikers, taking on steep hills and sketchy paths requires some major scouting and a ton of pumping brakes to safely reach the bottom. The athletes that take on the Rampage are scouting out those wicked turns and mounds to figure out how they can land a 360 or backflip over them. Brakes are just about the last thing they are thinking of. 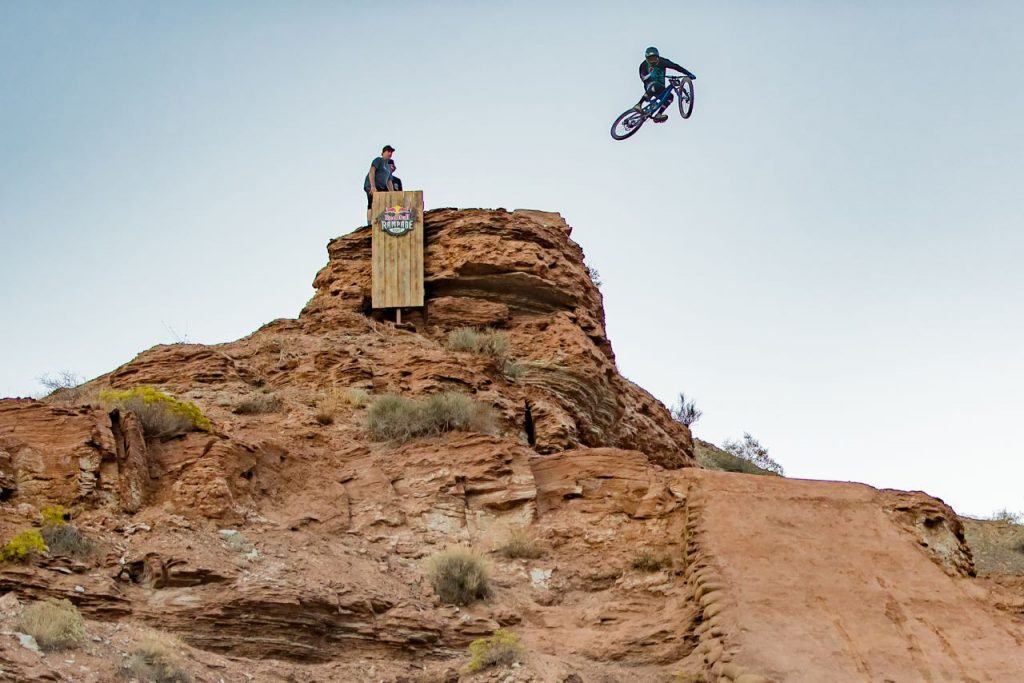 Although it doesn’t take place in Kansas, it truly is the point of no return. Even the most miniscule mistake can lead to a ruined run and ruined anatomy. Wind is the biggest enemy for these athletes. Being swayed a few inches in one direction going off a jump can prove detrimental to their entire run.

“The sport is so dangerous that Red Bull themselves had previously held off in past years for the safety of the riders.”

Athletes went from conquering 10 to 12 foot jumps in 2001, to sticking landings off 40 to 50 foot cliffs today. But the company couldn’t deny the demand of the sport’s popularity and influence. Red Bull Rampage has skyrocketed into one of the most beloved action sporting events year after year. 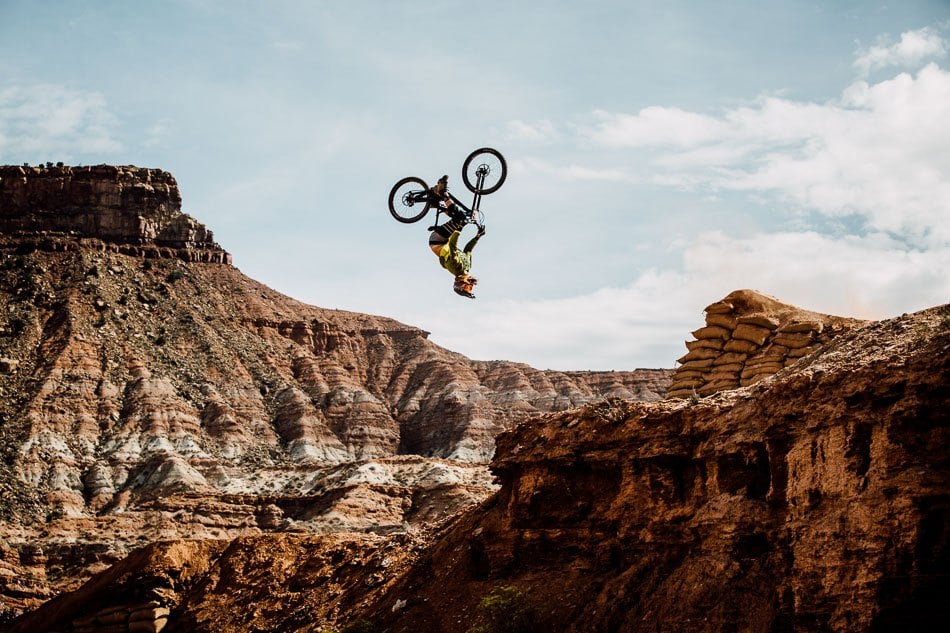 In an effort to make the sport as raw as possible, Red Bull implemented a few new regulations starting at Rampage 2016. Wooden jumps and ramps are now banned from the course which had previously been used to enhance each run. Instead, riders are assigned two dig team members who help in creating natural jumps and landings with shovels, picks and the southwest dirt. Sandbags are rationed out to each athlete and can be used to create safer takeoff and landing points to improve their tricks.

Even with the new regulations, riders still refrain from completing full practice runs before the actual heat. It’s just flat out too dangerous. They are saving everything they got for that adrenaline rush come game time. And it doesn’t disappoint. Year after year the Rampage experiences some element of new tricks and records without signs that it will be slowing down anytime soon.

Who are the Rampage Athletes?

Red Bull Rampage competitors aren’t just some recreational mountain bikers that will do anything for a cash pot. They are masterful artists who have perfected the craft of pinpoint precision and flawless body control. Many of the invitees feature greats from the world’s top downhill racers. Yet even some of the greatest riders in history have declined to compete in such a risky event. Four-time World Cup champion and top U.S. downhiller, Aaron Gwin, has openly admitted to decline the offer due to the danger level of the competition. And there have been plenty of others who have followed suite.

But the elite riders who are deranged enough to compete will battle it out on the menacing downhill red rocks to perform their best tricks and gnarliest lines. Be sure to check out all the action on Red Bull TV to appreciate what kind of audacity these athletes possess. October can’t come any sooner!

Stay safe: Even the best-laid plans can head south. battleface can help you stay safe in dangerous or hostile situations as well as that epic road trip or catching a few waves. How to stay safe during Red Bull Rampage 2021? If you’re not covered for your trip yet, get your quote here.

Chris Burkard, Photographer on a Life of Adventure

Rad Season is providing you with hotels and Airbnbs at the lowest prices available online. Book your stay for Red Bull Rampage 2021 using the map below!

Sign up for more news about Red Bull Rampage 2021