Danny Bent is an Adventurer, Runner, Motivational Speaker and Founder of Project Awesome and One Run

Danny Bent has been voted as one of the 100 happiest people in the UK, he’s a runner, entrepreneur and Guinness World Record holder. He used to compete for Great Britain in Triathlon and has an insatiable appetite for adventure, running and putting a smile on people’s faces.

In 2008 Danny cycled 9,000 miles from London to India. He’s pogoed across Togo, set up Project Awesome, a free fitness class around cities in the UK and is the founder of One Run, uniting the world through long-distance running relays. He put on the London Relay breaking the world record with 30 days continuous running relay.

Tune in the find out how Danny made his passion of running and adventurer his job and what awesome adventures he has coming up.

Oli Russell-Cowan: Hey guys, it’s Oli from Rad Season. Welcome to another episode of the Rad Season Show. I’m super excited to be joined by adventurer runner, and one of the happiest men in the UK. Danny, how are you, man?

Danny Bent: I’m with you, man. Thanks for having me.

Russell-Cowan: You’re a runner, a cyclist, and an entrepreneur founding One Run, uniting people around the world through long-distance running relays. Why did you start a running community that is inclusive and wants to make the world a better place?

Bent: I’d fallen off my bike off a cliff in the Alps and I should have died 100% I fell so far. I couldn’t feel my body and it took a little bit of time before my body checked itself out and allowed anything to work anymore. I could hear the screams and see the people have tears dropping down at the top of the cliff. And, suddenly, I’m able to speak and shout back at them, I’m okay.

I’d landed on this one bush amongst jagged rocks. I just landed in one bush that pierced both my buttocks. Barring that, two holes in your butt is a small price to pay for falling a long way down and clear. It was that point that actually started to change my life. Because I should be dead.

So every day is a bonus. And don’t waste your time being incredibly upset, doing work that you don’t want to do, start living the life that you want to lead.  Tomorrow could be the last day, so make the most of every single day you get, were the ideas that went through my head and drew a line in life. Everything from now onwards is a bonus and you should live it as though it is that. 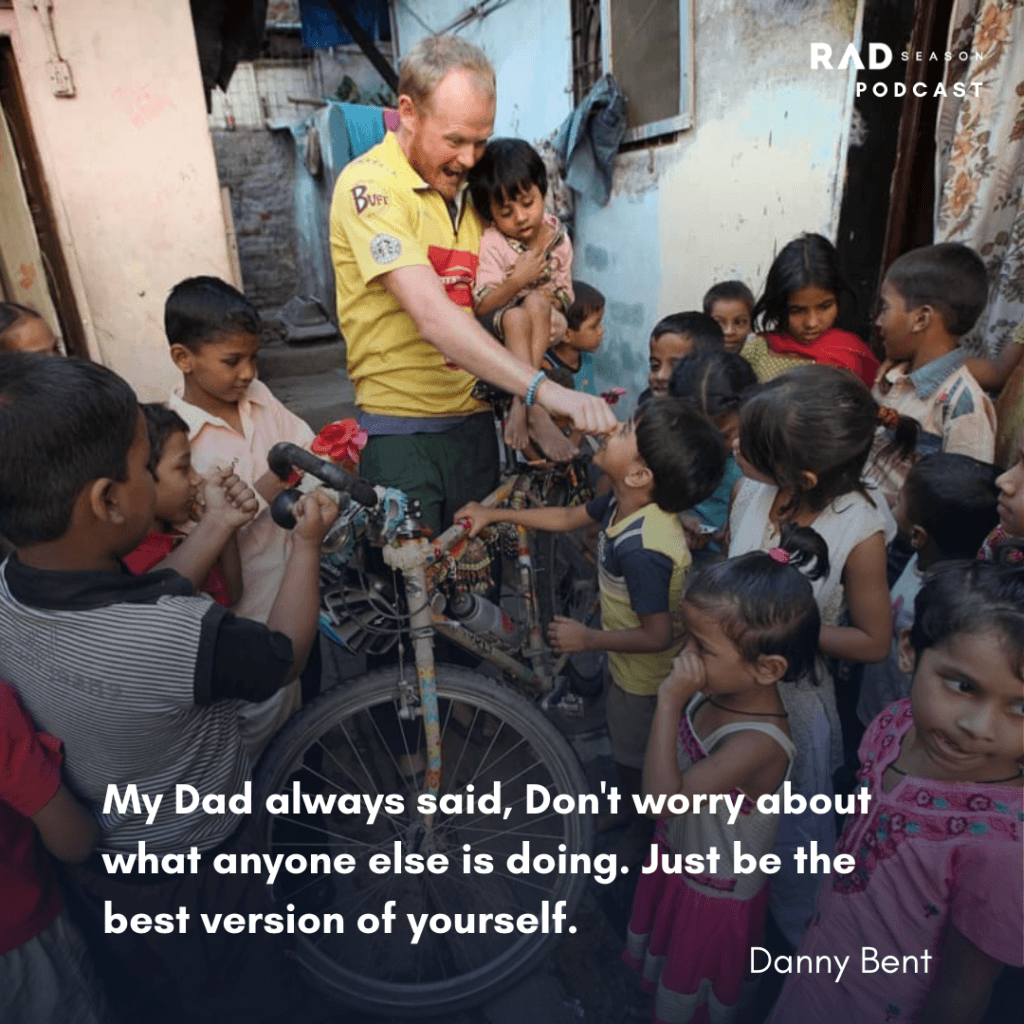 Russell-Cowan: Where did that take you?

Bent: I give all these talks and it’s always called the happiness of being you. When I was coming back from school, and got red pen all over my books and being told off by teachers, I asked my dad. I told him about what the other kids were doing and what I was doing, and dad just said, Don’t worry about what anyone else is doing. Just be the best version of yourself.

And I guess those words echoed all the way through my life. 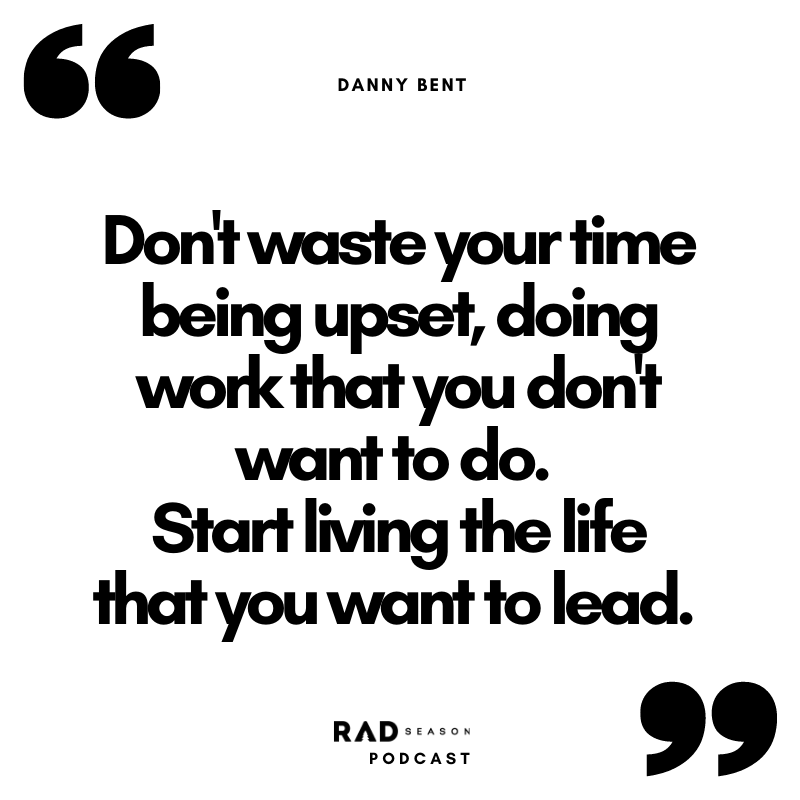 At that point, damn right, I’m going to start being the best version of myself and put everything into anything that I do. Initially that was living that dream, then it was writing a book. Then it was keeping your eyes out for other opportunities and I did some crazy, silly things that broke world records. They’re not like Usain Bolt records, but they’re fun. They’re bog snorkelling. Things started to change when I stopped looking at myself, and I started looking at the people around me. I realised that it’s much cooler to be the best version of yourself. That’s level one. You complete level one, you’ve been really doing the best of who you can be. And then you realise, level two is when you start offering that opportunity to other people. And that opportunity came on April 15, 2013.

That was when the bombs went off in Boston, and people lost their lives. 10s of people lost their limbs. I wasn’t thinking, Oh, I’m going to try and do something to change people’s lives. It was just an authentic reaction that I wanted to do something to help the people who’ve been affected and to show my support to the running community. The running communities have been so powerful for me whether through finding friendship, or keeping, you know, my family unit together, or finding love and issue therapy. To see people, when they should be checking their hands in the air to cheer that they’ve completed this mammoth marathon, and then to see them lying on the floor, because someone else lit up a bomb, just really felt that I wanted to do something about it. One Run for Boston was formed at that point, and that was the decision to try and help people really and to show support, and we thought we might raise a bit of money. 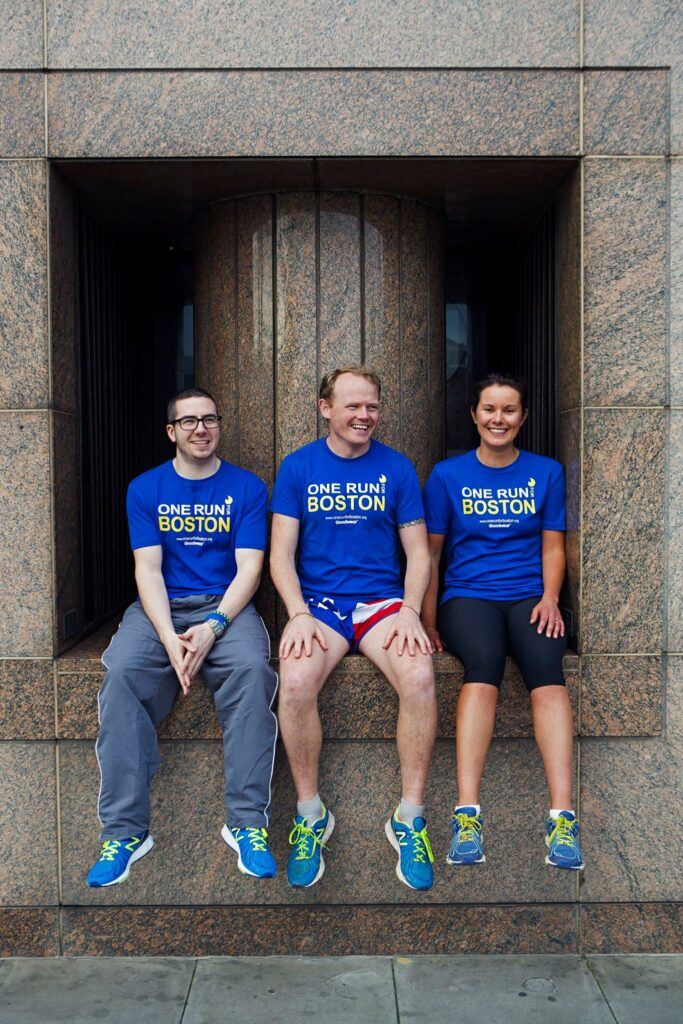 We came up with this idea to organise a running relay from LA to Boston, 3300 miles. We split that up into 10-mile segments and chucked it on a website, asking people to sign up to it. We hoped that they would carry this kind of peace Lily baton continuously from the west coast to the east coast of America and in doing so give people a way to express their emotions of the bombings, the sadness and the anger. Just come to bring people together really which is what life is all about.

We had no idea what we’re doing, no organisational skills at all, just blasting through it with enthusiasm and passion. We got away with things really with a bit of a smile to be honest, and, and looking like a really typical English person wonky tea, ginger, all that sort of stuff. I think that goes a long way in America.

We hoped to show some support, we needed 330 people, we thought we’d raise a few 1,000 pounds and we set off from LA seven weeks after the bombing. By the time we arrived in Boston 1,000s of Americans touched the baton and carried it through night and day, through crazy lightning storms in the night and tornadoes nearby, 50-degree heat, it was bonkers. We managed to get that baton all the way to the other side, it had a bit of blood on it, it had a bit of puke on it, loads of snot, loads of spit, but it managed to get there. And by the time we reached Boston, it had raised well over half a million dollars for the people affected by the bombings.

I just love that story so much. Not least for what it means to me but for the beauty of the achievement it was. We had no idea what we were doing, it was a tiny idea and we could have just let it sit inside of them. You know, within a week it’s gone and you’re not even thinking about the next thing. But we kind of decided to act on it and that turned into a movement that united a whole country and raised all that money for charity. The money raised for charity was nothing in comparison to what it did for the people who were affected. The way that touched their souls and saw these crazy people from the UK across the pond, helping them out. And even that was kind of almost secondary to what it did to the people who took part because there was all this anger, this upset and being able to do something just kind of freed that and that’s a good part of the grieving process of a nation really. 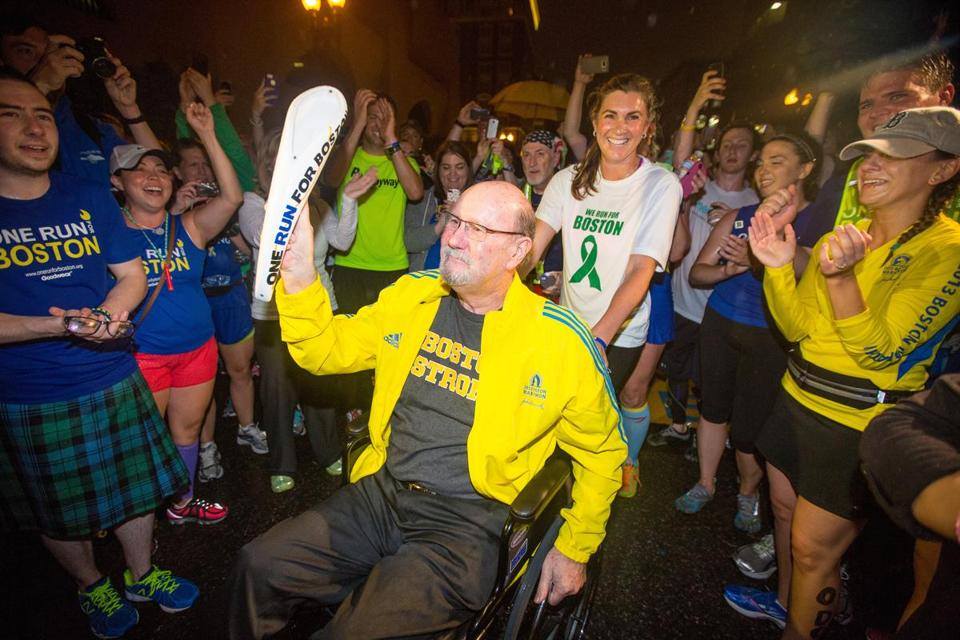 The most beautiful moment was one of the guys who almost died twice on the operating table. He died twice to be brought back to life. He took part right at the end of the relay. He carried the baton across the Boston Marathon finish line. He was pushed in his wheelchair by his daughter who’d been running the marathon that day. And he’d been watching.

He just looked up at me and said, Dan, this is when I start to heal. Those words, they’re the most precious thing that anyone has ever said to me. Just to think that you can have such a radical effect on someone’s life, that an idea and a bit of enthusiasm can literally cause healing, physically, mentally and emotionally.

I love talking about that with people. Acting on something that touches you can have an effect infinitely beyond your wildest thoughts, where it could possibly go. It is not going to happen every time but there is a chance that it could happen. With that in mind, I think it’s a good reason to give it a go at any singular opportunity.

Rad Season is providing you with rentals and hotels at the lowest prices available online. Book your stay near Sheffield, England using the map below!