5 Cool Things To Do In Vienna 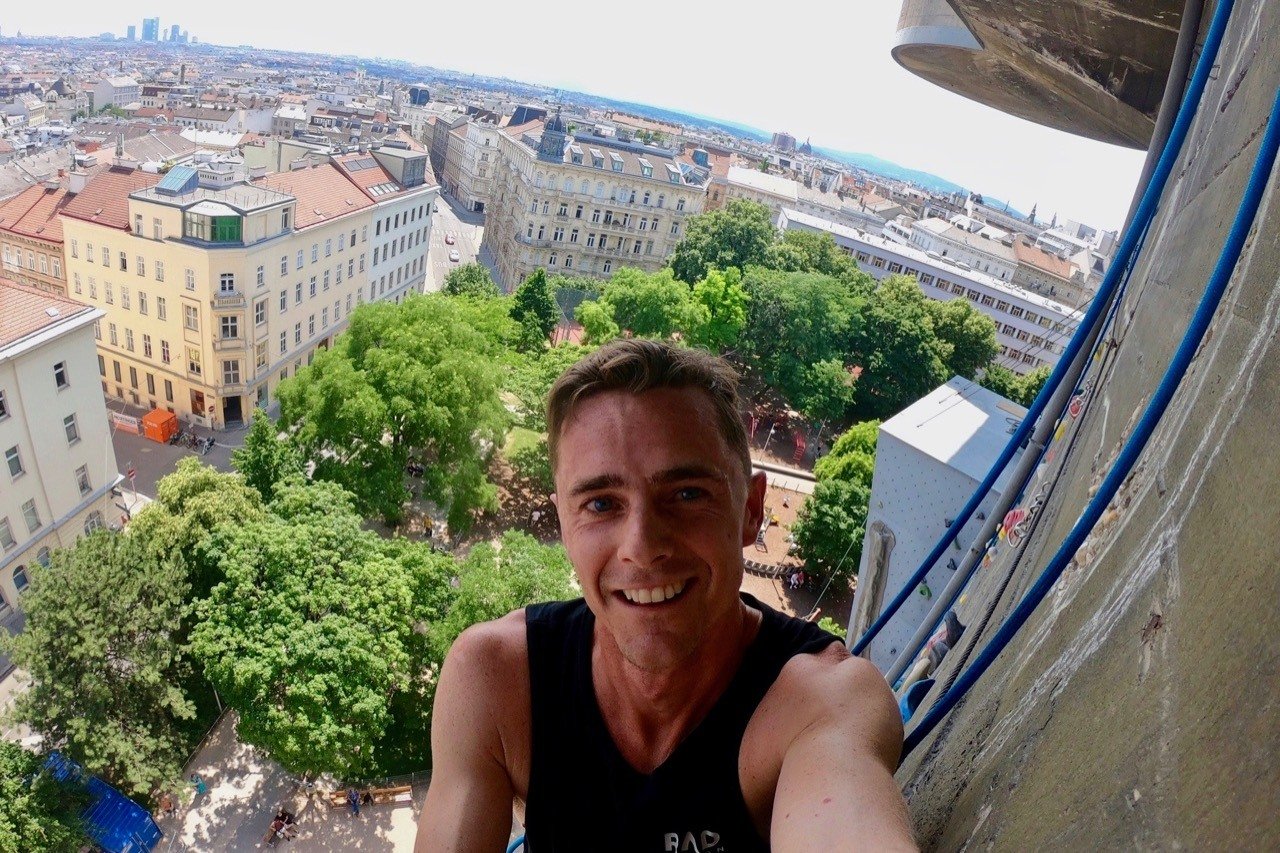 Cool things to do in Vienna away from the tourist traps

When I was planning on heading to Vienna for Donauinselfest; the largest free outdoor festival in the world, I didn’t know quite what to expect from Vienna. In my head, it was a stiff place famous for its opera and classical music. Little did I know that it had a lot of rad things to see and do. Vienna is one epic city; here’s what I got up to and our pick for some for five cool things to do in Vienna.

After doing a spot of Bouldering in Munich for the first time, I was keen to come to Vienna and give it another crack. There are loads of boulder gyms in the city; certainly, a thing to do and sure beats going to a normal gym! After digging a bit further, I found out that they had this outdoor tower right in the city center where you could go climbing.

This was not your ordinary tower, it was a second world war Flakturm 30 meter tower that had now been turned into a purpose-built climbing wall. This I had to see! I rocked up (excuse the pun) one morning to check it out Kletteranlage Flakturm. I met Tony the owner, who gave me the rundown of the wall and finished by asking if I had a buddy with me – to which I stupidly replied saying I came on my own. Of course, you need someone on the other end to help rappel down! He said he could help me tomorrow just before the center opens.

I came back at the same time the following day and now things were getting a bit real and the wall seemed to look a lot higher than I had initially remembered. I was given a harness, climbing shoes and chalk for the clammy hands, which would certainly come into play later.

There are a couple of routes up the wall from novice to intermediate and advanced climbers. I got chatting to a couple of local climbers before I went up, who had some experience on the ‘real stuff’ in the hills outside Vienna; and gave me a few pointers. Tony said just take your time, relax and remember to use your legs more than your arms to climb up. I asked how long it takes you to try and get to the top and he said it depends on whether you’re afraid of heights or not. 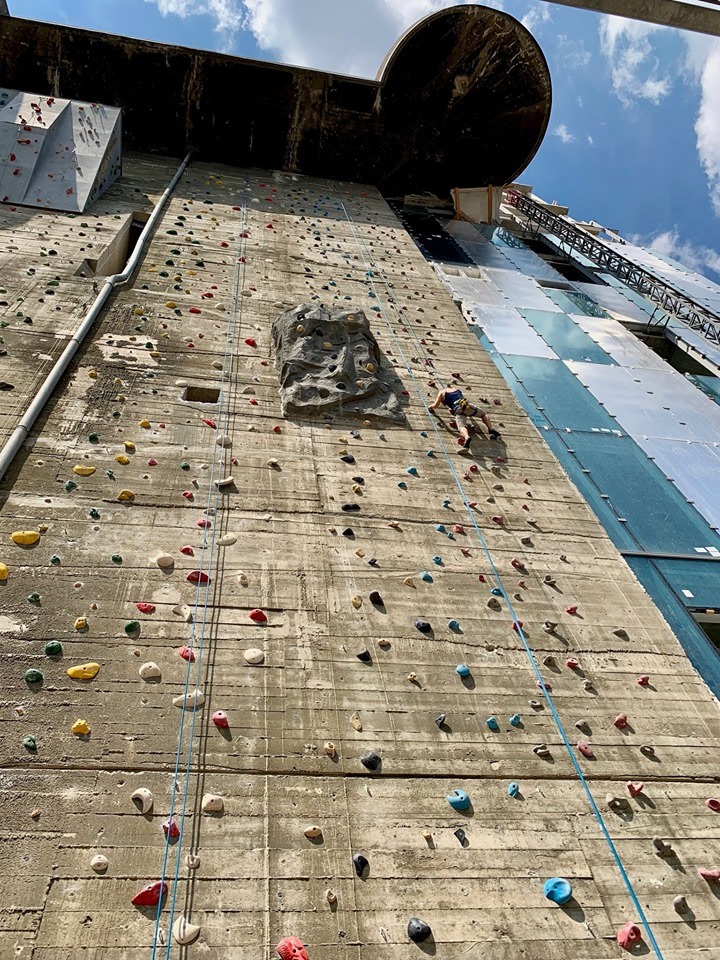 facebooktwitterpinterest 30 meters to the top of the Flakturm. Photo credit: Oli Russell-Cowan

The climb started off well and I was right on the edge of the wall and finding it not so taxing; until I looked down after about a third of the way up and realized I still had quite a long way to go until I’d reach the top. This was a game-changer and gave me the confidence to realize that if I slipped off the wall, I wouldn’t plummet to my death below!

Everything was going sweet until I hit the middle section of the wall and my left hand slipped on one of the rock holders; I regained balance then reached a section that required a bit more negotiation. I couldn’t for the life of me, get my feet or hands in the right position and thought I wasn’t going to make it; that was when the panic set in. Tony shouted out to lean off the wall and take a breather; this helped heaps and after a sneaky break, I was feeling good to carry on towards the top.

Once at the top, I couldn’t believe I made it up there and how insane the view was across the whole city! When I come back to Vienna, this is on my to-do list for sure! It’s not every day you get to climb smack bang in the middle of the city!

Located in the heart of the city in the neighborhood of Laimgrube, the easiest way to get to the Flakturm is by public transport. You can take the subway to Neubaugasse on the U3 line, which is just a 3-minute walk to the climbing spot. You can also take bus routes 13A or 57A, which stop right outside! 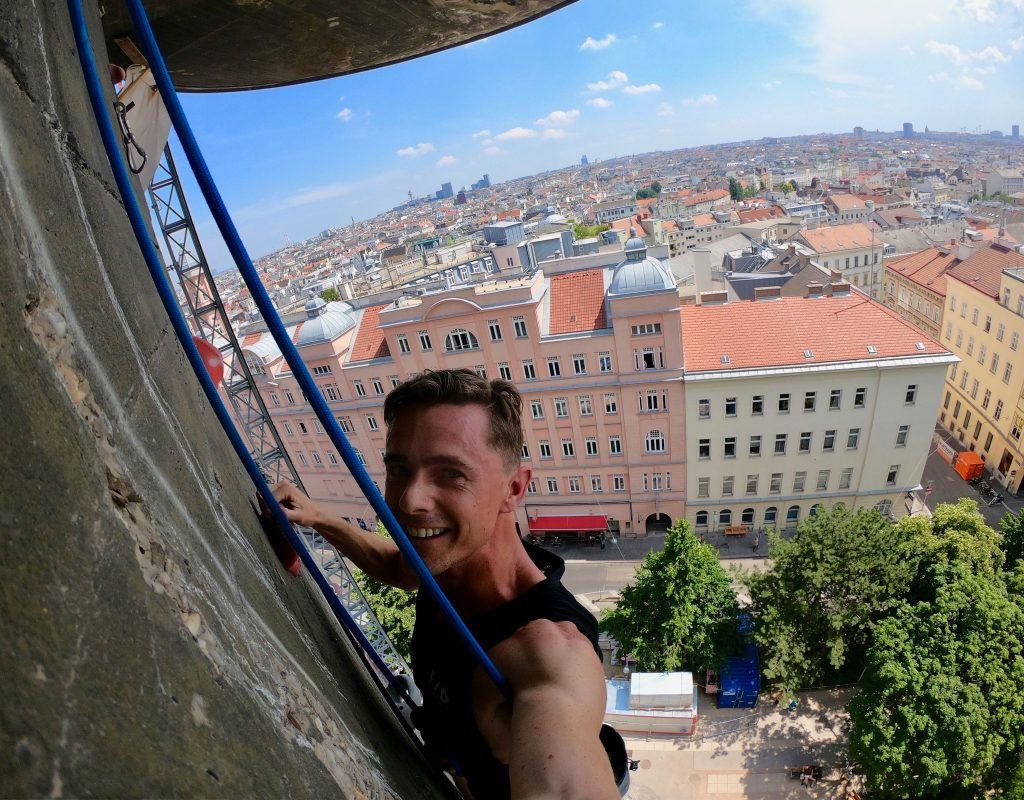 I knew Austria had some world-class mountain biking regions, such as Innsbruck, where they hold the Crankworx world series Mountain biking competition; however, I wasn’t expecting much in Vienna. I’m not sure why most likely because it’s not in the Austrian Alps, but I was so pleasantly mistaken! Kat, Theo and I ventured out from our apartment in town to the train station. From there, it was only one stop on the train to Vienna Hüttledorf Station, where we then hopped on bus route 450; dropping us off right in front of the center. T man loves all types of transport so getting on the train and bus kept him well entertained.

The Hohe Wand Wiese Wien Centre opened a couple of years ago and offers an epic day out for the whole family to enjoy. As soon as you arrive, you are greeted by the summer toboggan run, as well as a small pump track, a restaurant serving Austrian goodies and the Bikestore.cc; offering a range of mountain bikes. I got myself kitted out and hopped on the winding Green Run uphill track, which takes you to the top of the bike park. The run-up is pretty fun and not too challenging; however, it had been a while since I was on a mountain bike; so after a bit of puffing and panting, I made it to the top of the Trail park. 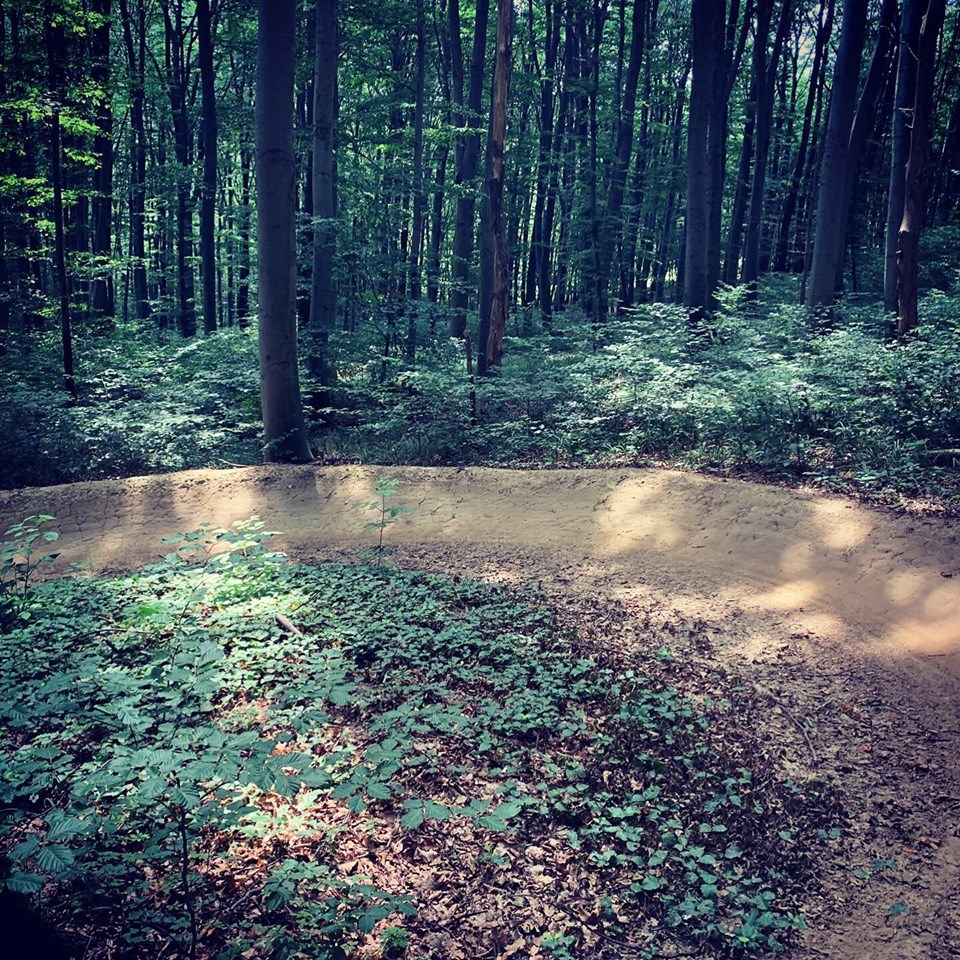 Once you get to the top, you are greeted by three main options: the Blue Flow Line, Red Fun Line and Black Enduro Line. I took the Blue Flow Line to try and ease into things. It’s a super fun track with loads of pristine berms where you can generate a decent amount of speed. Once I got to the bottom, it was straight back up the Green Uphill Lane for another crack. This time, I picked the Fun Line and was given a heads up by the guys in the mountain bike store that this was their favorite track. I certainly wasn’t disappointed; this run was epic! There were loads of jump sections and super fun berms. I particularly loved the Chicken Route signs next to all the jumps. Needless to say, I copped out and went that way!

I only had time for one more cheeky run before heading to Donauinselfest and although I knew in my mind that I should try out the Enduro Line, I couldn’t resist going for another round of the Red Fun Line (otherwise known as the Kenda Line). It was then back onto the bus and off to Donauinsel for the festival! 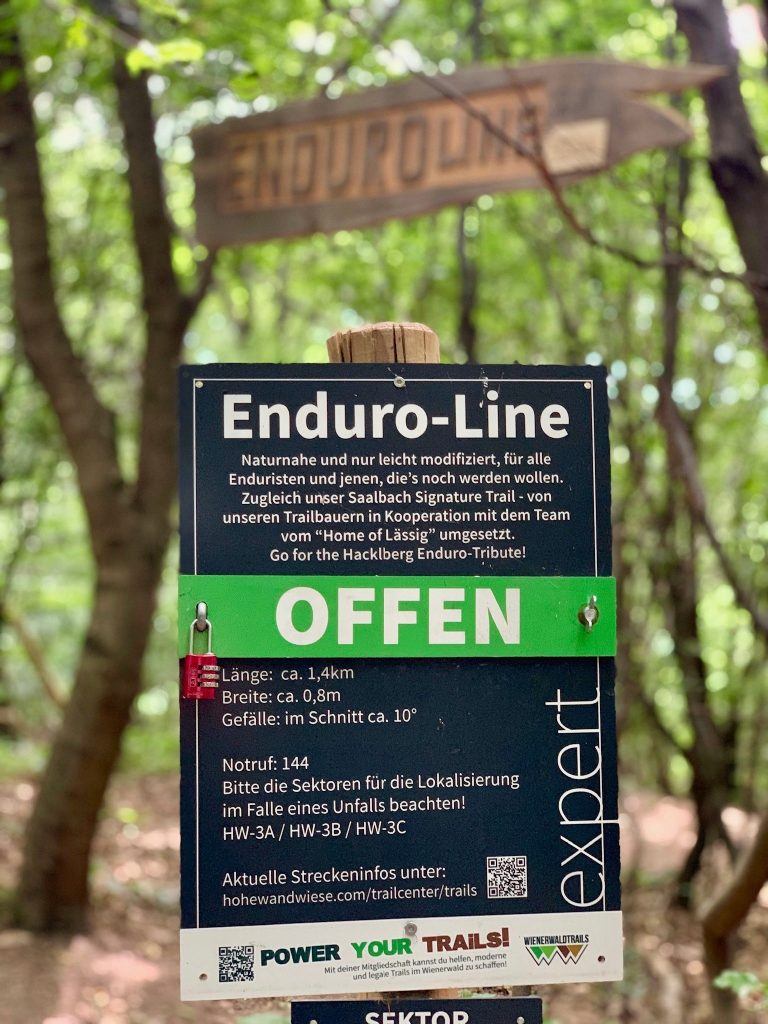 I know what you’re thinking, that has got to be one of the more commercial things you could possibly do in Vienna; hell, it’s like trying pizza in Italy or a hot dog in New York! I could go on but I simply had to sample a Wiener schnitzel to see if it lived up to the hype in Vienna. Kat, Theo and I ventured into Hietzing, our neighborhood one night and found an awesome beer garden, which was absolutely packed for a Tuesday night.

With the variety of schnitzels on offer, this was certainly the place to sample one! The Wiener schnitzel didn’t disappoint; they are absolutely massive here, perhaps that’s the signature move. Accompanied by wild berries, potato salad, and a local beer, this is the perfect end to an action-packed day cruising around the Austrian capital. 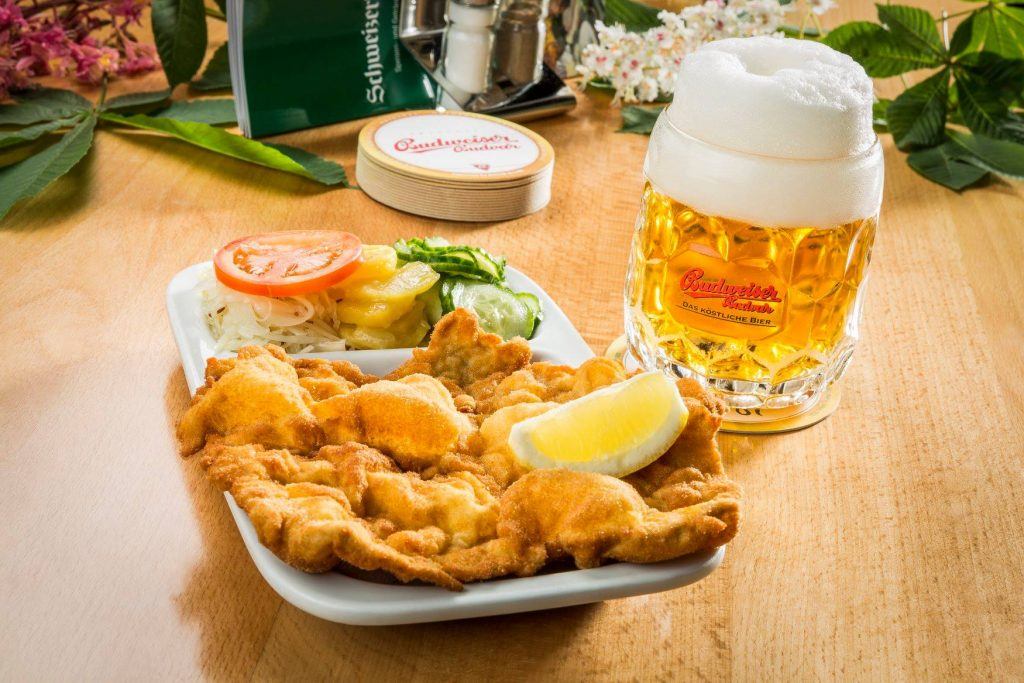 4. Check Out An Art Gallery

There are so many incredible museums and art galleries in Vienna and it’s hard to zone in on one. The MuseumsQuartier has some fantastic museums, you could spend weeks checking them all out! My brother Alan Streets is an artist based out of London and his old gallery dealer in London Nicolas Treadwell relocated to Vienna to set up a gallery in Vienna.

When I caught up with Al in London, he said you have to go and say hi to Nick. This was an absolute no brainer as the last time I went to one of Nick’s exhibitions was when I was still in London about 15 years ago! Alan had his work on display, along with some other incredible artists and sculptures. The one thing that stood out is the absolutely mind-blowing styles of work on display. I couldn’t wait to check out Treadwell’s Gallery.

If there’s one art gallery you should visit in Vienna, or rather, in the world, that has something different and unique, it’s Nicolas Treadwell Gallery. His personal collection from the past 50 years is on display and absolutely blew my mind! As soon as I walked into the gallery, I was greeted by a sculpture of a life-sized dog in a black suit standing on its hind legs with a sign saying welcome.

Each piece was more thought-provoking than the last and will certainly make you smile, laugh and entice some sort of reaction and opinion; from Sex, Drugs and Rock and Roll to everyday human interaction with a twist and so much more. 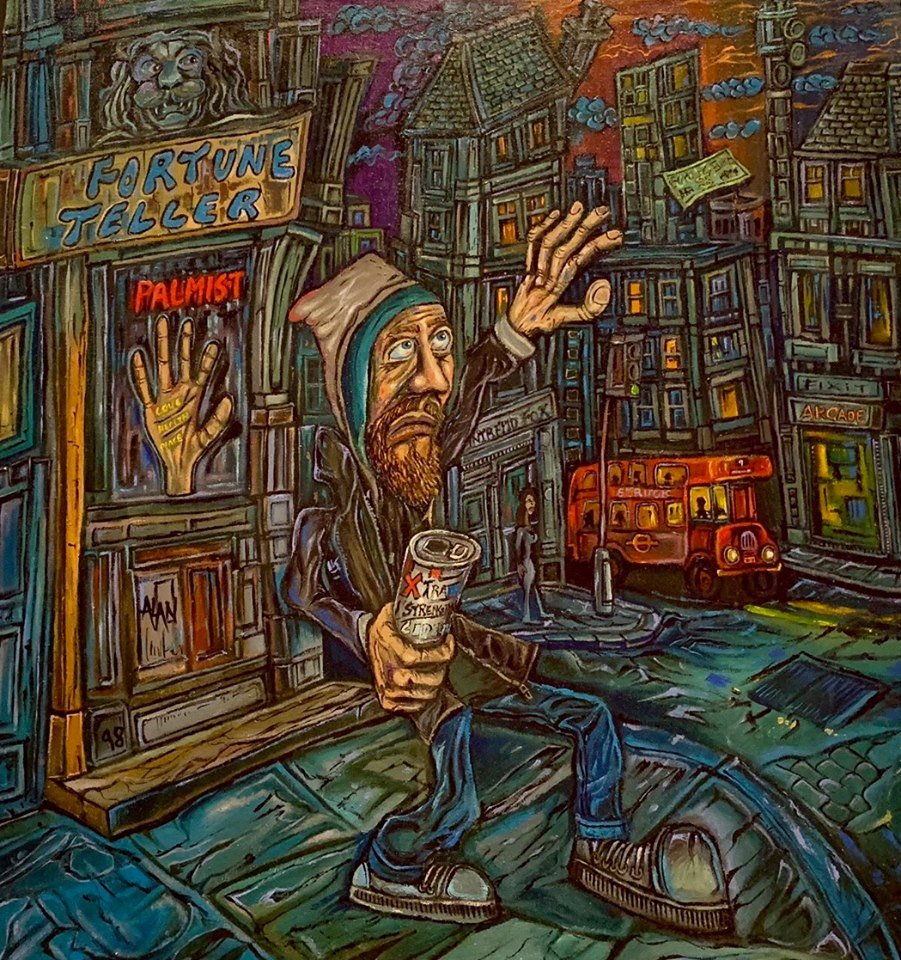 The gallery is located in the heart of Wieden and is close to trains, trams, and buses. You can take the subway line U1 to Taubstummengasse, which is just 600m away from the gallery. You can also take tram lines 1 and 62, which stop right outside the gallery. 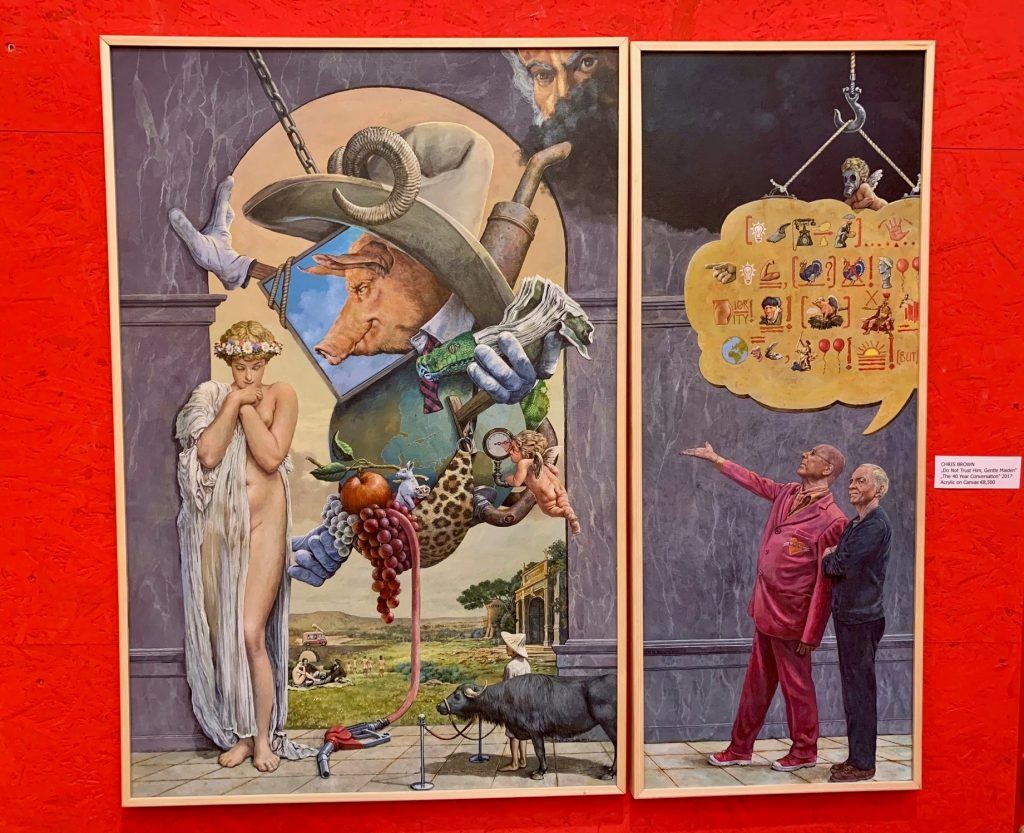 5. Wakeboard On The River

Located right next to Donausel Island is Vienna’s one and only cable park, Wakeboardlift Wien. Here, you can wakeboard in the heart of the city, directly on the New Danube. Anyone from as young as 8 years old can join in on the action with hourly passes starting from just 16 euros. You can also purchase a 2-hour pass or a day ticket, as well as weekly, monthly and season passes. Tickets include free life jacket, pair skis, and kneeboard rentals.

You can get here by taking the subway line U2 to Danube City Bridge, followed by a 2-minute walk to the center. Parking is also available in the nearby parking garage at the subway station. 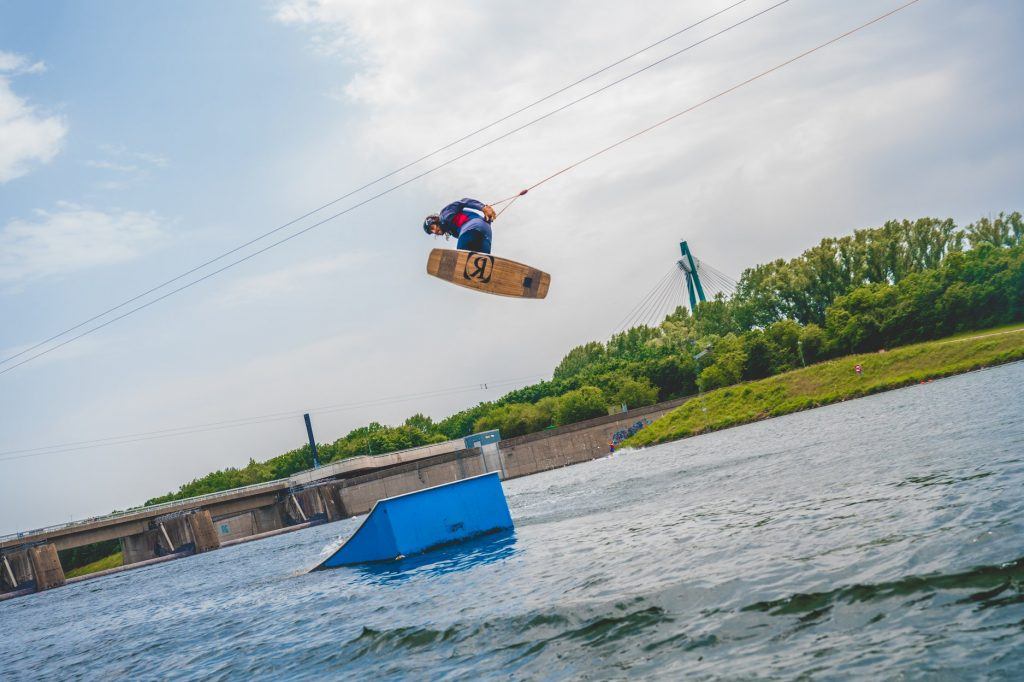 Rad Season is providing you with rentals and hotels at the lowest prices available online. Book your stay near Vienna, Austria using the map below!