Chris Burkard, Photographer on a Life of Adventure

Chris Burkard grew up in Central California and was immersed in surf culture from a young age. He took to documenting his friends on surf trips up and down the coast. Interning at Transworld Surfing Magazine, living in his van before it was trendy and known as ‘Van Life’ he learnt a lot about hard work and persistence as a photographer.

Chris would later go on surf exploration trips for magazines to far-flung lands. In the aim of capturing something unique and telling a story about the people not just the place. Being a self taught photographer Chris grow up in the transition era of film to digital. Known for his photographic style of powerful landscapes. Chris has shot campaigns for Fortune 500 clients, amassed millions of followers on social media, produced numerous films, published books and inspired people to explorer nature.

Oli Russell-Cowan: How did the internship with Transworld Surfing Magazine come about?

Chris Burkard: I made a relationship with one of the photo editors, Pete Taras. I was submitting images and I had kind of developed a bit of a working relationship. He knew that I was up there shooting, I was interested in trying to pursue this craft. I think he saw some promise, and he really gave me a great opportunity to try and go and do something bigger. I guess at the time, what I thought was possible.

I asked him if there was an opportunity to do an internship and he said, Yes. It was wild, because I would basically leave my house in central California and drive five and a half hours down to Oceanside every Monday morning at 3am. Be there for work sleep in my truck all week in the park.

It was like sleep in a beach parking lot. Take showers at the beach shower.

Oli Russell-Cowan: When it wasn’t trendy.

Chris Burkard: Right, I had no bed I just had a sleeping bag. It sucked. I’d be at work all week, you know, kind of gross and I would just try to absorb as much as I possibly could.

That experience was really monumental. Learning about the editorial side of things, learning how the magazine worked, learning how magazines operate.

As a kid who just had no experience in that field. I didn’t go to college, I didn’t learn photojournalism or anything like that. This was like a real education. It was something that really taught me a ton. I value that experience as one of my most profitable, I guess you could say those four months I spent. 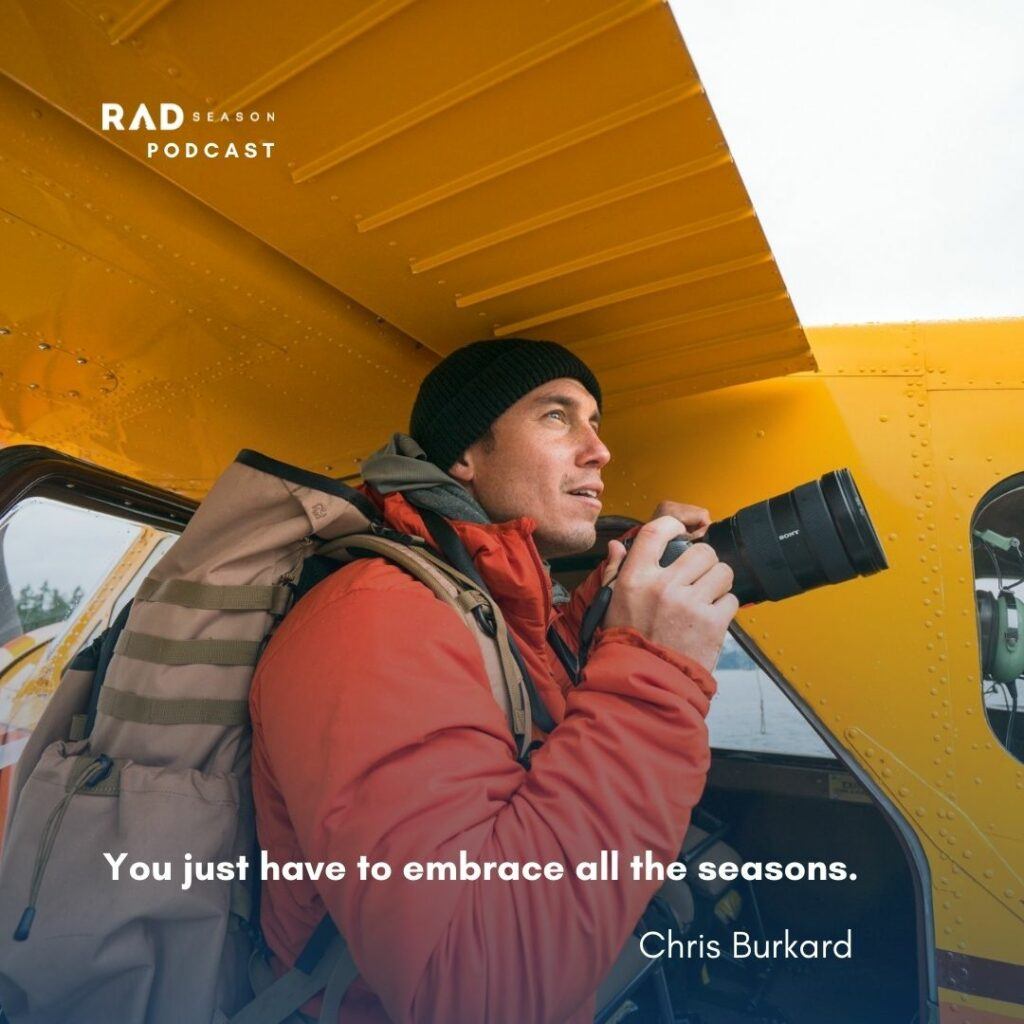 Oli Russell-Cowan: That led on to working with other magazines and with Surfline. At the beginning, were you taking different opportunities outside the industry as well?

Chris Burkard: Absolutely. I think the reality is, whoever is out there ever just says, I want to shoot this and then all of a sudden opportunities come. It doesn’t happen like that. Work doesn’t just gravitate towards you because you have a desire. You have to actually put in the effort.

I was shooting everything that I could in the beginning, I was literally taking pictures of anything. Senior photos, weddings and whatnot. I’d roll into some random surf shop, and I’d be like, hey, I’ll shoot the interior photos of your shop for your website.

I needed to make a living, right. When I lived in my vehicle, it wasn’t great, mainly because I was living below poverty level. I was just kind of surviving. But I was always willing to be the one who woke up at the beach parking when the waves were good. 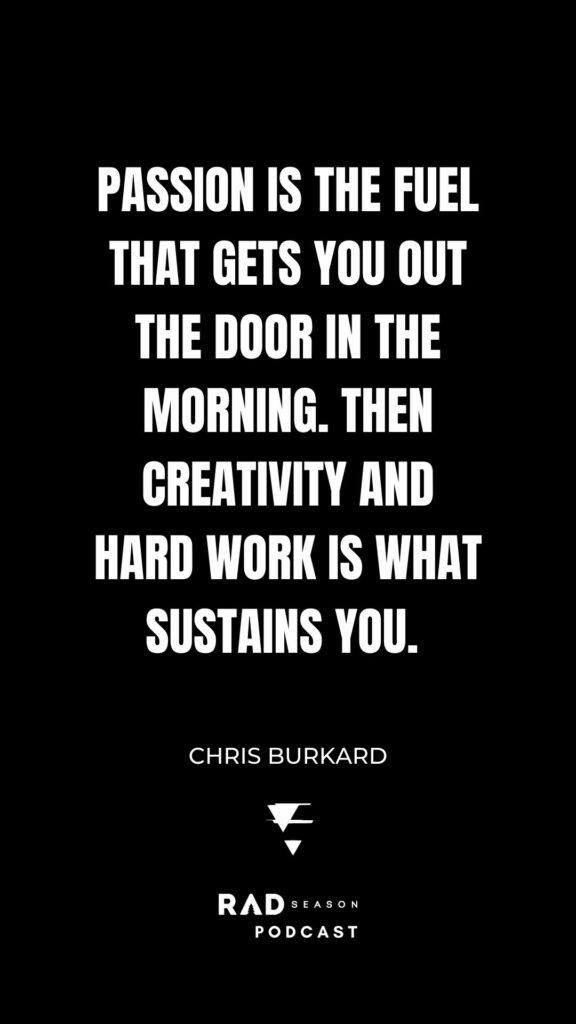 There was a level of commitment to the craft that I really tried to almost wear as a badge of honour. I didn’t think and I still don’t think that I’m the most technically savvy photographer. I think that there’s a lot of people out there who are more technically sound than me. I think if I had a one skill set that was the most valuable it was the fact that I was so stubborn. I was the one who was willing to stay out till everybody went home or until the sun went down, or I’d be there more early. I just put in more work, more effort. That’s all there really was to it.

It’s funny because that paid off. Nowadays, I’m learning to work smarter, and not harder. But in the beginning, I didn’t have the skill to feel confident just being like, I’m going to show up. I just had to be there. I think that,

An element of hard work has always been ingrained into my philosophy as a creative in some way.

Rad Season is providing you with rentals and hotels at the lowest prices available online. Book your stay near Pismo Beach, California using the map below!