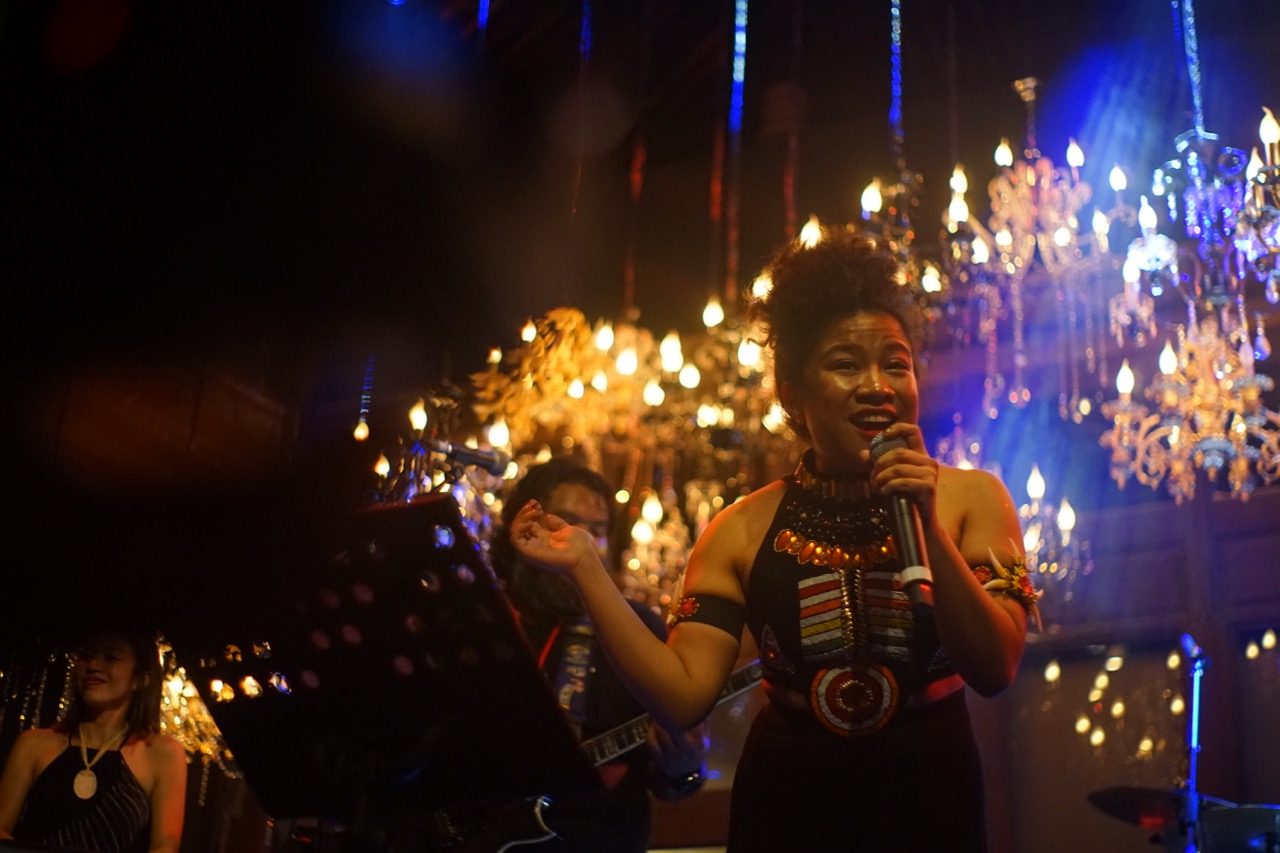 The Universal Language of Music

There are few things in this world that can truly bring everyone together like music. It knows no language barriers or political differences, and has the ability to soothe the souls of hearts all over the world. From May 11-13th this year, passionate artists and listeners came together to appreciate artistry of both a local and global flavor at a beautiful beachside venue in Miri for Borneo Jazz Festival.

“Music is a language of it’s own.” – Zainal Abidin 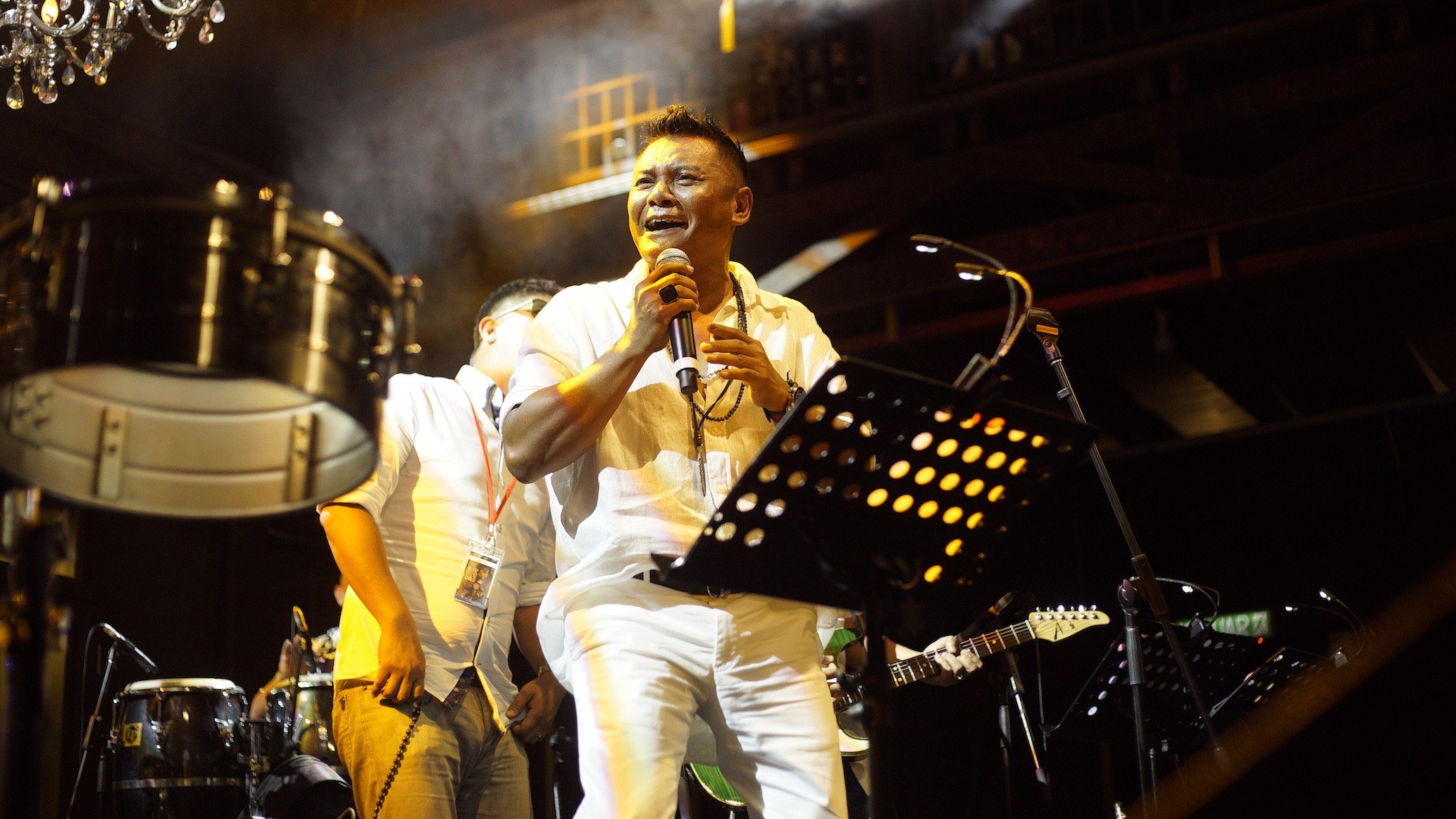 The famous Malay singer Zainal Abidin opened Borneo Jazz Festival to roar of audience applause. He kicked off the annual festival  in Miri, Malaysia with an inspirational speech and performance to a captivated audience. While we don’t speak a word of Malay, we were still entranced by his charisma and passion on stage – and that was a magic that we saw repeated over and over again by all the artists that graced the Coco Cabana in Borneo.

This was the first year Borneo Jazz was hosted at the Coco Cabana and it made for an absolutely perfect environment to enjoy the music. The stage was indoors so the show could go on rain or shine. The open-air ambiance allowed for the smooth jazz sounds to circulate all the way out to the rocky shores of the beach where concert-goers could enjoy a breathtaking Malaysian sunset. 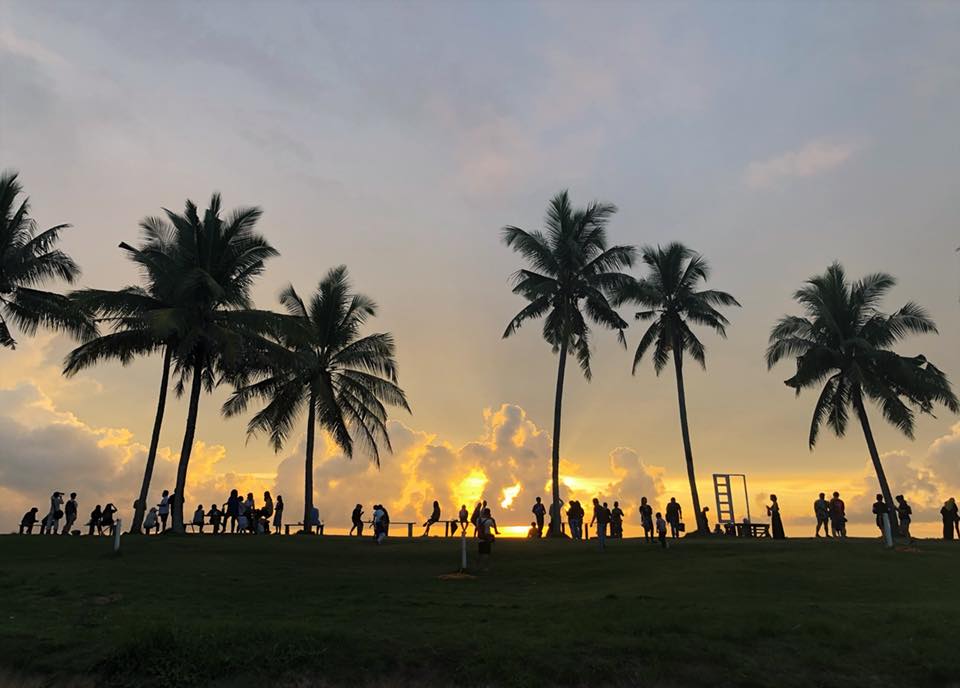 A Global Festival with Local Flavor

Even if you’re not an avid fan of jazz music this is a festival worth going to. Not only does it draw in an impressive global group of talent from several different continents it also unites these jazz superstars in an epic late night jam session. Imagine over 100 different artists improvising and collaborating, just feeling the good vibes and creating great music – all while having a rad time in front of a few thousand people from near and far. That’s what happens every night at Borneo Jazz Festival.

The 30+ artists on the roster ranged from Swiss and French to Taiwanese and Singaporean. They played saxophones and guitars, drums and trombones. Some were world renowned celebrities of their craft, like Zainab Abidin, while others were local up and comers.

There was a performance from a very talented saxophonist, Alton Wong, who at just 19 years old belted out some impressive solos on stage with a 14 piece band.

The multi-talented pianist, vocalist and educator, Jeremy Monteiro graced the stage as well. He was a key founder in developing the Jazz Association of Singapore to keep the genre alive with younger generations.

Some powerful women graced the stage including Elvira Arul, a bubbly and soulful vocalist who boasts the 5 Ps, passion, pizzazz, personality, power and panache.

Changing things up a bit, the Havana Social Club brought a Latin flair to Borneo, led by Cuban drummer Pablo Calzado Morales but accompanied by musicians from Venezuela, the US, and Singapore. 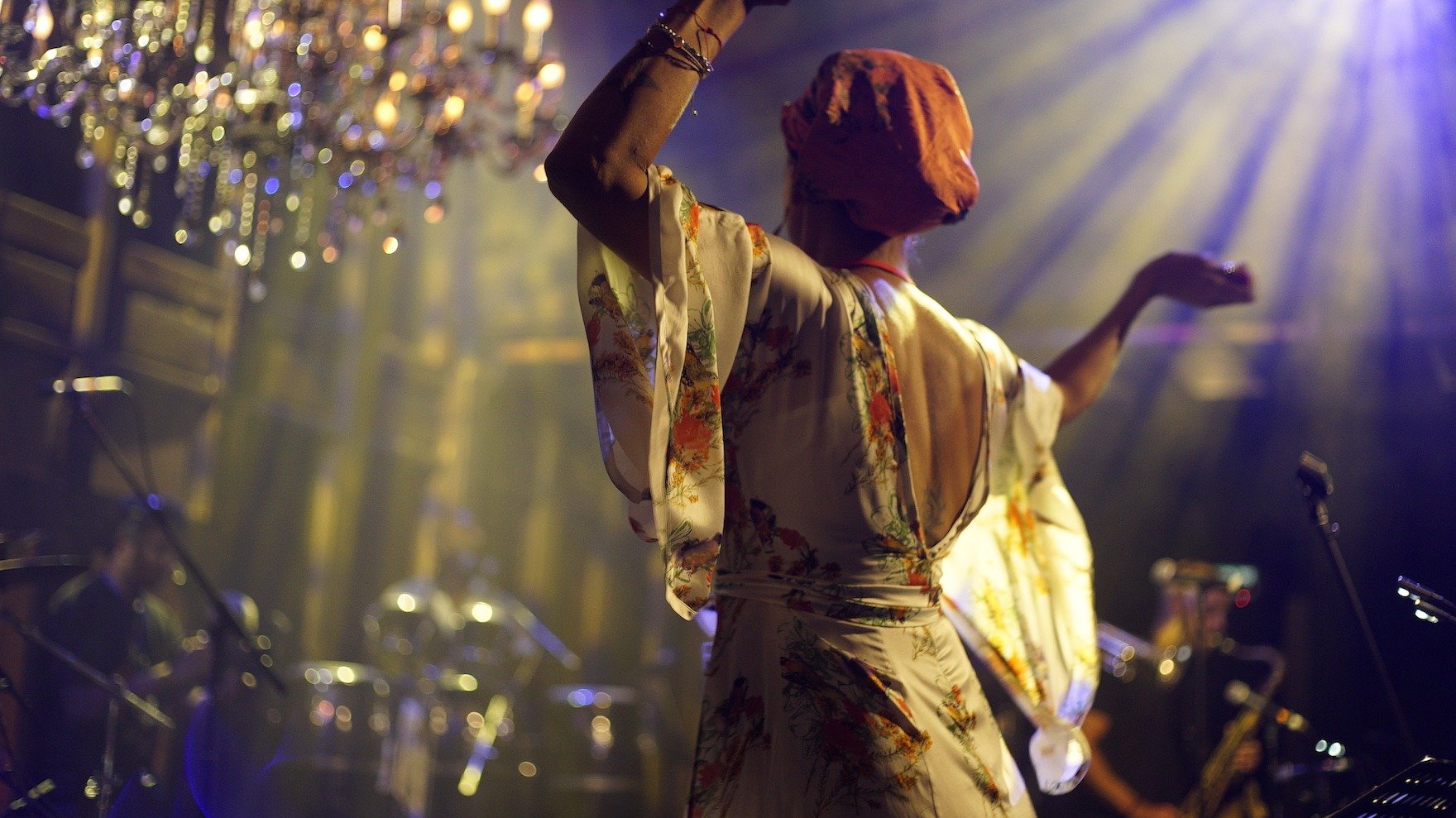 facebooktwitterpinterest Havana Social Club getting into the groove

This barely scratches the surface of the talent we had a pleasure of listening to at Borneo Jazz. You’ll have to mark your calendars for next May to check out the festivities in person!

Inspiring The Next Generation of Jazz Musicians

This year, the festival did something new for the undiscovered talents. In the spirit of competition, young locals from all over Miri and Borneo came together in a friendly competition, ‘the 2018 Borneo Jazz Talent Search’.  The undiscovered bands went through a series of auditions leading up to the event, with their final round performance occurring on stage at the Jazz festival.

The inaugural Talent Search competition was a huge success. Not only did it cultivate a renowned appreciation of jazz music amongst younger audiences, but it also helped the region to find emerging artists, and enabled the winners a chance to record a live album. Plus practice their skills in on-stage performance. The top 3 artists all had a chance to perform for the final round, each earned upwards of RM 1,000 to help facilitate their jazz careers. 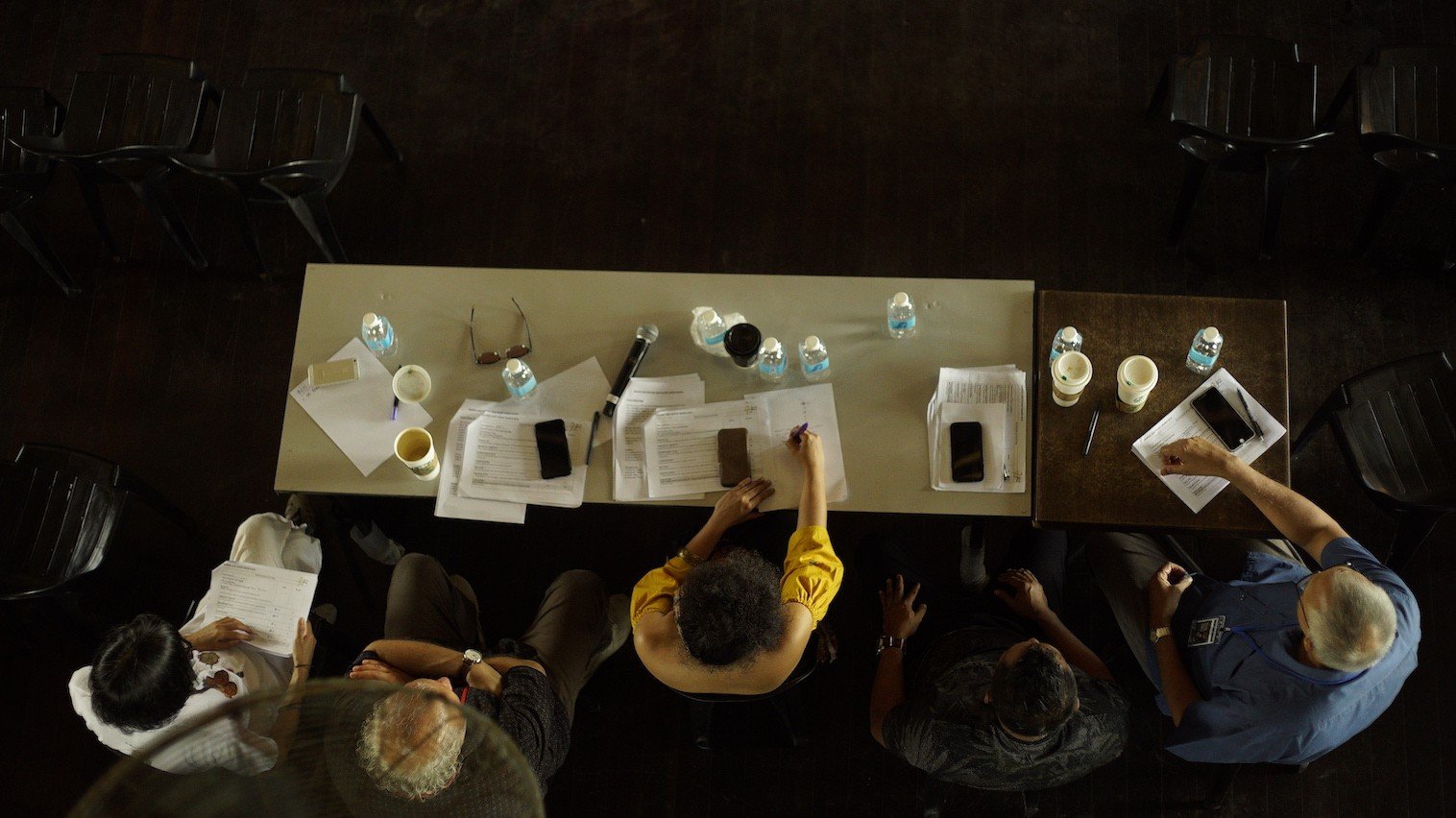 facebooktwitterpinterest The judges of the inaugural Talent Search as seen from above.

” I strongly believe that with encouragement and a new cultural awareness, there is great potential for musical growth amongst the youth of Sarawak, building self-esteem and sense of pride for their rich cultural heritage.” – Evelyn Hii, Festival Director, Borneo Jazz 2018

The sheer number of performers is an impressive feat considering the organisers planned this whole thing in less than 3 months. AirAsia played a big role in that, coordinating flights for every attendee, artist and their rather massive instruments to boot. 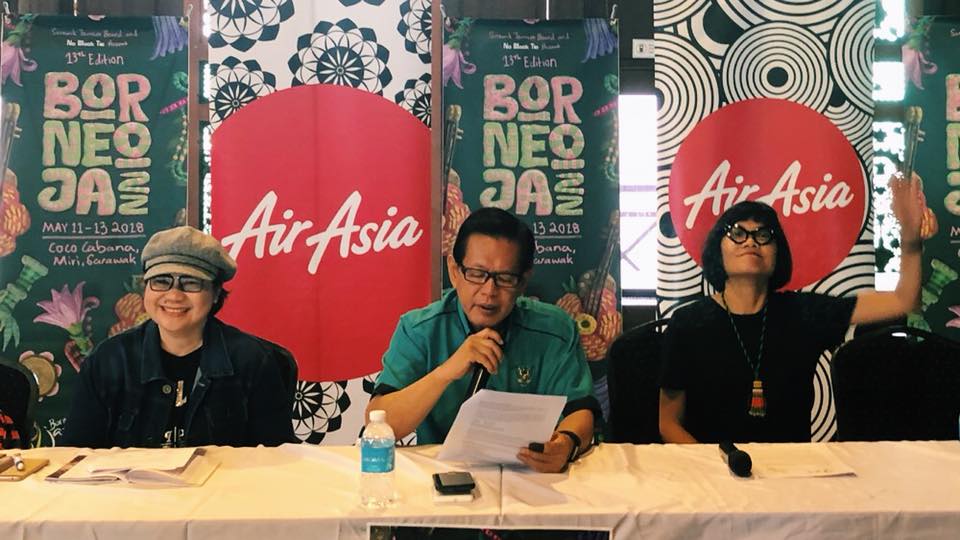 facebooktwitterpinterest The team behind the action. Thank you all for another amazing year of Borneo Jazz!

If you’re interested in joining next year’s jam sesh, keep an eye out for ticket sales on www.jazzborneo.com.

Or, if you’re interested in checking out the other big festival in Sarawak (and getting in touch with the Borneo jungle), there’s another festival happening in Kuching from July 13-15, 2018. It’s called Rainforest World Music Festival.

In either case, AirAsia will fly you there on the cheap. You can fly to Miri direct from Singapore or Kuala Lumpur.

See you there next year! 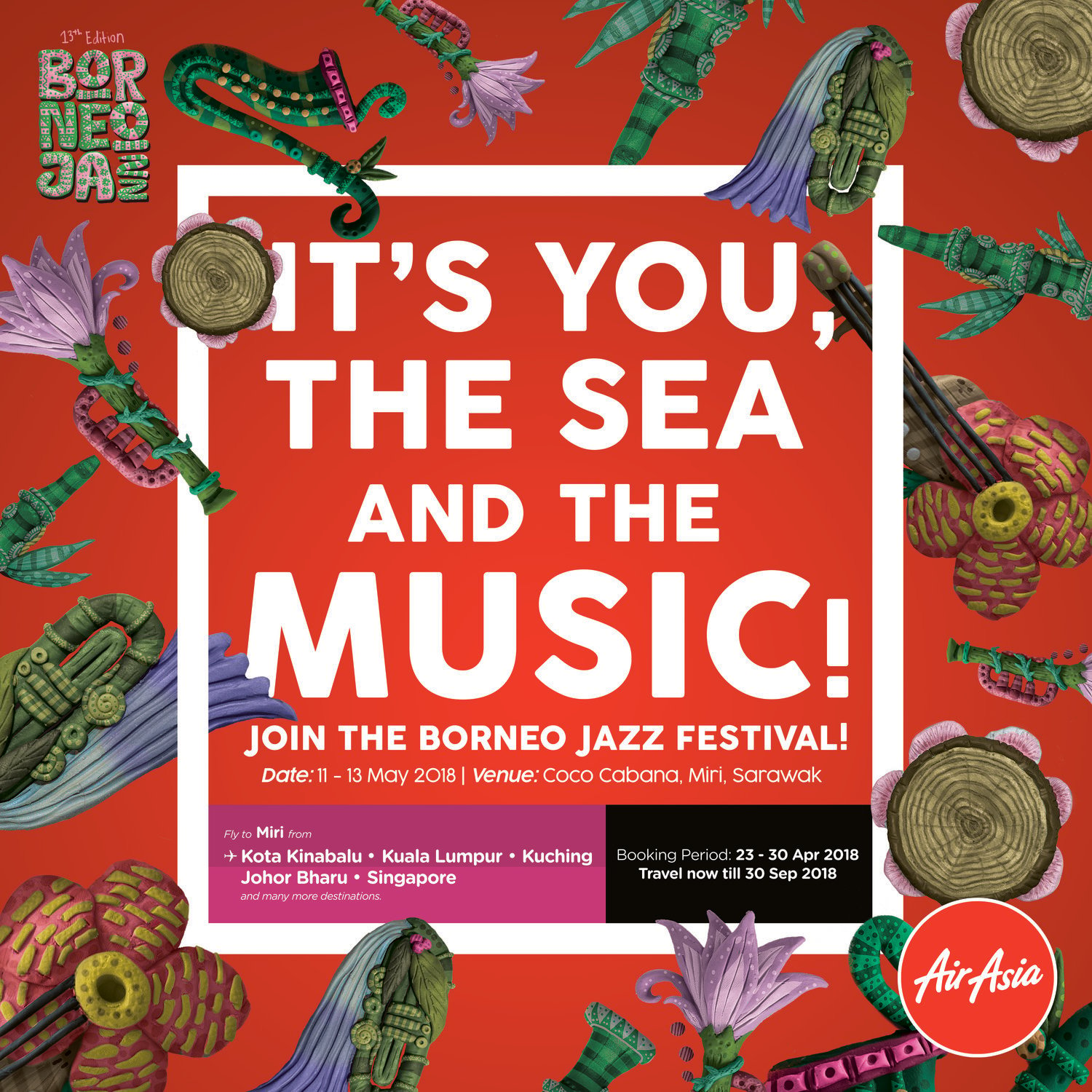 Rad Season is providing you with rentals and hotels at the lowest prices available online. Book your stay near Miri, Sarawak using the map below!