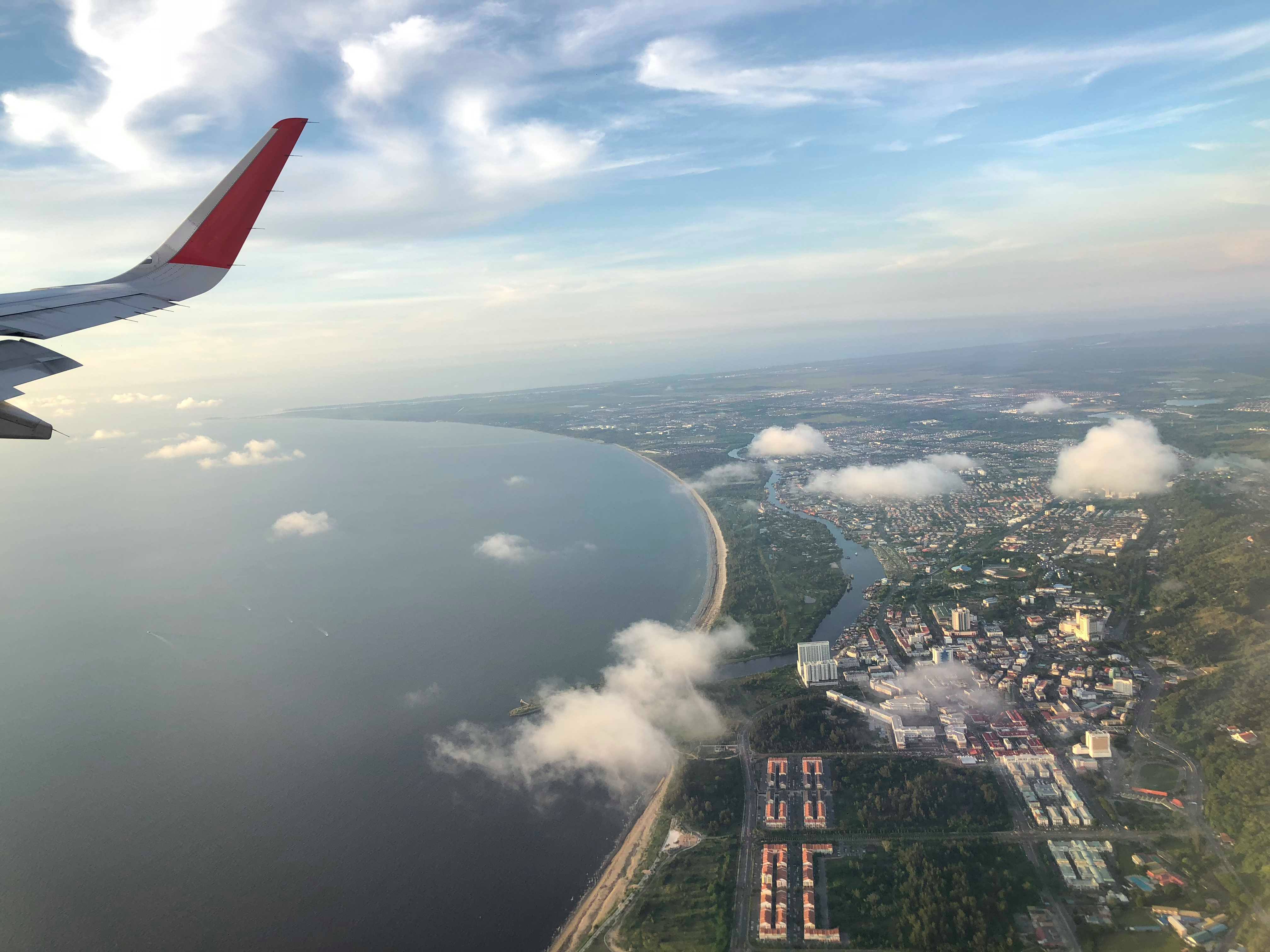 From Australia to Borneo with AirAsia

The RAD team recently got back from yet another adventure, this time heading to Miri in Sarawak, Malaysia for a long weekend. The famous Borneo Jazz Festival took place on the 11- 13 May and we flew over to the island with AirAsia.

The budget carrier is a great option for those who simply want a cheap way to get to Southeast Asia. Tony Fernandes and Din Kamarudin started AirAsia with just 2 planes. Today it’s morphed into the largest low cost carrier in Asia, with a fleet of over 230 aircraft that fly across Asia and neighbouring regions. Headquartered in Kuala Lumpur, which is a great jumping off point to the rest of the continent. Not to mention it’s a pretty quick flight, for Australian standards anyway.

The Details of Flying AirAsia

It took just over 9 hours to get from Sydney to KL and we left on an overnight flight that got us into the Malaysian capital city around 4 am. Considering we traveled over 6,000 kilometres the flights are quite affordable. If you’re lucky you can even snag a ticket for $350 round trip. It’s definitely cheaper than flying within Australia. Compared to some of its competitors AirAsia is a great option, especially for the surfers among us. 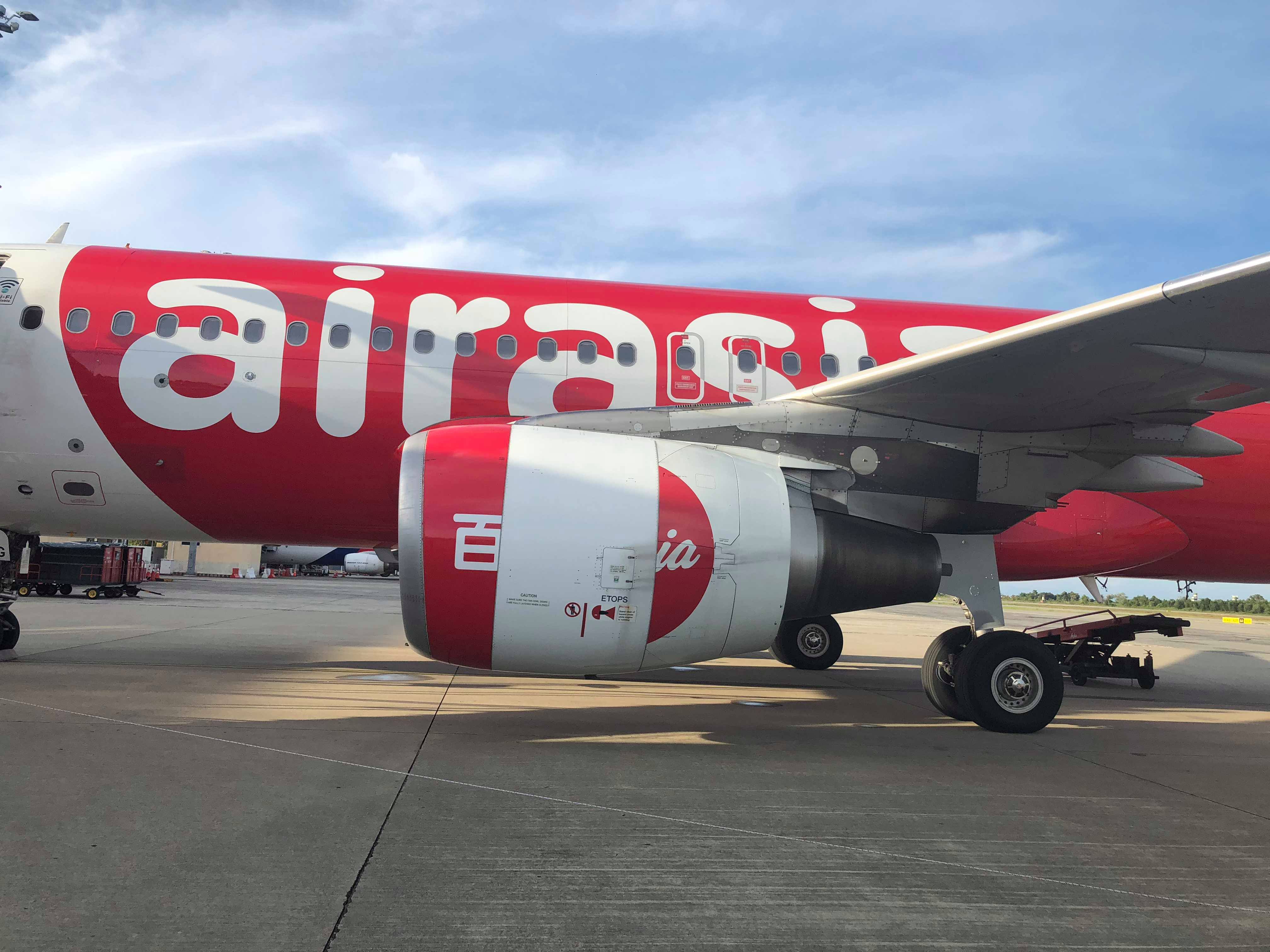 Surfboards are free on AirAsia

In a recent announcement AirAsia partnered with Surfing Australia to became the first airline of its kind to make surfboards a complimentary check-in item. This should save surfers at least $50 on a round trip ticket and hopefully encourage some shredding in Southeast Asia. Including the popular surfing hot spots of Bali, Indonesia, Sri Lanka, Japan and the Philippines.

Food and drink options onboard

Don’t expect too much in the way of inclusions because like all budget airlines food and drinks are extra. You won’t find a fluffy blanket and mediocre pillow on your seat, but we were pleasantly surprised by the cheap food options. Hot food was on par with Sydney prices ($8-10) but snacks, drinks and alcoholic bevies were quite affordable. A small bottle of wine runs about $8, a pack of M&M’s is $2 and cup of ramen is also $2. You can get hot coffee for $2 as well or even a traditional Vietnamese iced coffee at that price.

If you fancy a bit more peace and quiet AirAsia came up with a Quiet Zone on its airplanes that should be adapted by all carriers. It’s standard economy seating but the only rule is that children can’t sit in this part of the plane. Upgrading typically starts at MRY80 (or $20).

Like most budget carriers, services are offered as a la carte extras. From the Quiet Zone to the hot seats (which are seats in the front row with extra leg room) or even the coveted full lie-down beds on their long haul flights, there’s an option for everyone. You pay to check in your bags and don’t expect to find individual TVs at every seat either. They do however offer complimentary WiFi on selected domestic flights. 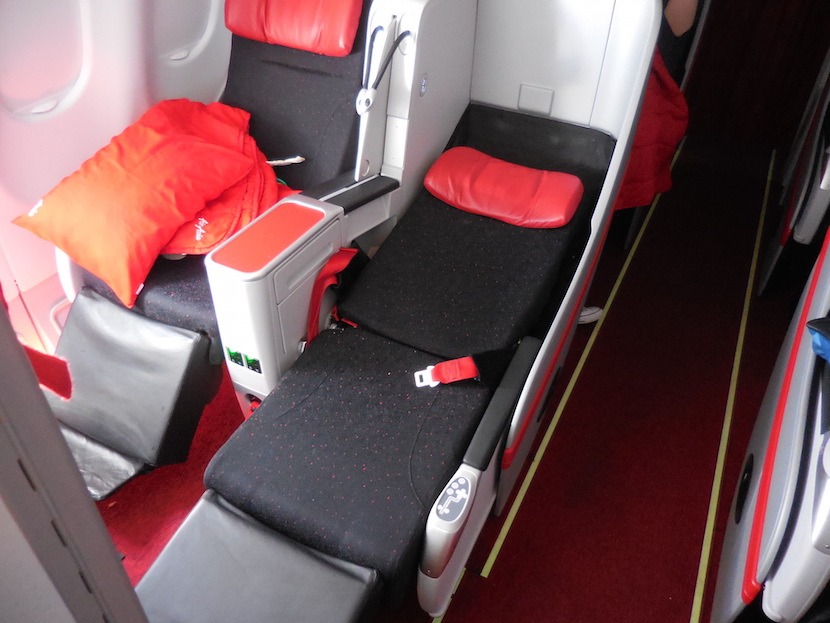 The only downside was that we had to claim our bags and check-in once again for our domestic flight to Borneo. Apparently this is a common thing to do in this part of the world. Guess it’s a price you have to pay for uber cheap flights. If you’d like to avoid this inconvenience AirAsia has an optional upgrade called Fly-Thru, which brings your bags to your final destination without you having to worry.

The AirAsia flight attendants were very pleasant, and flicking through their magazine revealed they’ve won an industry award for their service for the past 11 years in a row. Not so common for a budget airline!

All in all definitely consider AirAsia for your next trip to this part of the world,  especially if you’re looking to get to more remote areas like Borneo on the cheap.

Staying Safe On Your Next Big Adventure

One thought on “Going Overseas with AirAsia”