Beyrick De Vries grew up in Durban, South Africa and initially started skateboarding before his dad convinced him to try surfing. He never looked back. Describing himself as 90% weird, and 100% happy about it, Beyrick’s a character.

Beyrick started competing on WQS events at 16 years old, travelling to some of the best surf spots in the world.  He’s been close to qualifying for the Championship Tour on a few occasions, only missing out by a couple of spots. With surfing now in the Olympics Beyrick’s focus has shifted to qualifying for the Games to represent the Netherlands in Paris 2024 (which will be in Tahiti) but we’ll get into that. He will also be coaching the Netherlands’ Junior Surf Team. His goal is to raise the awareness of surfing and surf culture in the Netherlands and emphasis the importance of ocean conservation.

Tune in to find more about Beyrick’s journey. What he’s focusing on to qualify for the Olympics, video projects, being represented by Global Action Sports Foundation and FUNKT MGMT and loads more!

Growing up in Durban

Oli Russell-Cowan: You grew up in Durban. Right. How did you get into surfing? 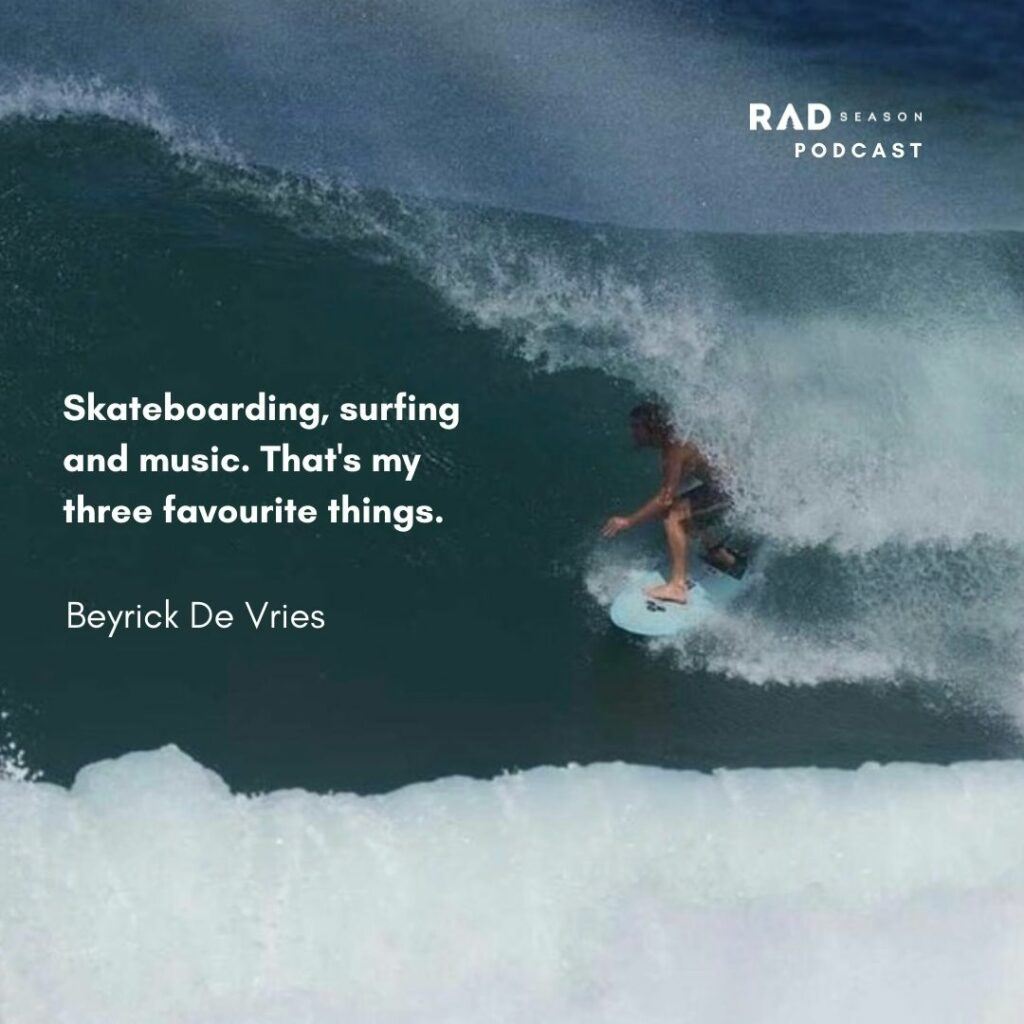 Oli Russell-Cowan: When did you start doing the junior events outside South Africa. Where you travelling from pretty early one?

Beyrick De Vries: My first time out I think I was 12. I went to Australia. In December, January, that’s our big school holidays in South Africa. I’d go over and do the Rip Curl Grom Searches and the Volcom contests and everything. I just started kind of feeling it out overseas. I had to travel a lot from 12.

Representing the Netherlands in the Olympics

Oli Russell-Cowan: You’ve decided to refocus this year and have a bit of break.

Beyrick De Vries: Well, it’s not really a break. I got within I think about 20 spots last year of qualifying. But then this year, I wasn’t going to be able to carry over any points. So I was thinking, this is the first time that you can actually step away, because next year is gonna start over from the beginning anyway.

You know, in all sports, people take a run up over three years to get to the Olympics. So I kind of saw an opportunity to work on my weaknesses and strengthen my strengths. Then get that run up for next year and start the WSL thing again. If I qualify, then I qualify for the Olympics. So that’s kind of the plan this year. 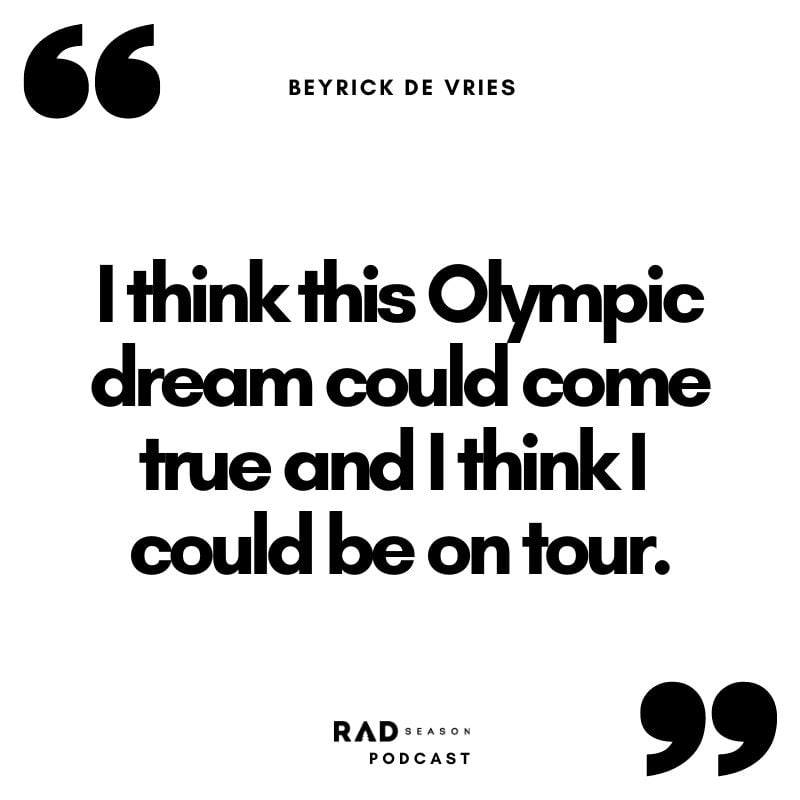 Qualifying for the Olympics

Oli Russell-Cowan: From my understanding, there’s basically two ways of qualifying right? So you can either qualify through doing the tour events, or through ISA Games.

Beyrick De Vries: Yes. So if you’re on tour, then you’re in the Olympics, if you’re in your region. Then the other way is also through ISA qualification. It’s a very complicated thing.

I actually asked the people from ISA, and they almost had a problem explaining it to me, but I think that it’s with its region. So in Europe, we have places in the top few spots at ISA from the European region, then that will be able to get into the Olympics.

Rad Season is providing you with rentals and hotels at the lowest prices available online. Book your stay near Durban, South Africa using the map below!