Beaver Fleming grew up in Knoxville, Tennessee. His brother had the Tony Hawk Pro Skater Game and that was his introduction to skateboarding. His parents were really supportive of his new found love of skating and got an 8 foot halfpipe built in the backyard. Beaver started competing and going to Camp Woodward in the summer months. When he was 17 he moved to Woodward West in California for his final year of High School. Travis Pastrana saw him skate there doing crazy tricks in the foam pit and invited him to join the Nitro Circus Tour.

On his 18 birthday he flew over to Australia to join Nitro Circus and has been with them for the last decade as their main skate athlete. Beaver has kept innovating new tricks such as the world’s first Cork 720 Christ Air which he calls the “Tennessee Tornado”. He’s won Best Trick at Simple Session 3 times and still competes around the world.

Tune in to find out how Beaver has crafted one of the most unique careers in skateboarding, how he is using his voice to inspire kids, what he has in store for the Nitro World Games and loads more.

Oli Russell-Cowan: When did you realise you actually wanted to be become a pro skateboarder?

Beaver Fleming: I always knew literally since Tony Hawk Pro Skater, all I wanted to do was be a pro skater.

I just had that mentality. Even when I didn’t understand what it was going to look like or how it was going to happen. Graduating from Woodward West, I was still competing. I got third at Tampa AM in vert 2012. But I wasn’t quite ready to go pro at that time. I didn’t know what I’m going to do. But I know I’ve got to do something with skating.

I was graduating and I just need something to happen, something to shift, an opportunity. I’m a motivational speaker. And so I always firmly believe that,

Sometimes I think in life, we don’t even realise what we’re preparing for. We’re just doing what we do. I had a creative mind and was trying tricks into the foam pit. Travis Pastrana just happened to show up at camp with Lindsey his wife who is a pro skater. He was filming me before we even talked like he was filming some of my lines. Then I was trying these tricks in the foam pit. 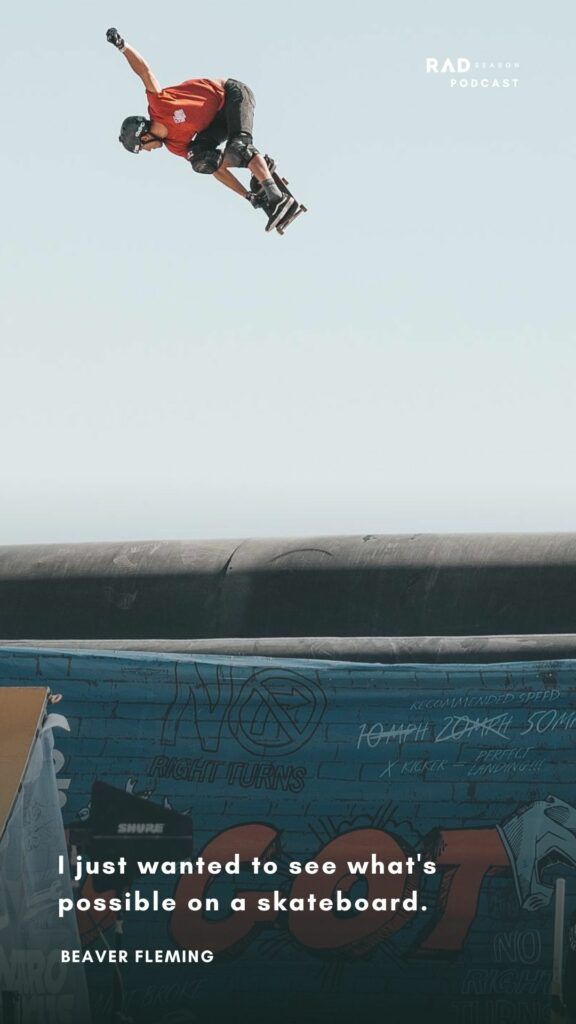 That’s the whole Nitro mentality pushing the limits of what’s possible in action sports. He saw that and what I was doing, and he’s like, ‘dude, we’ve got to have you be a part of our tour’.

I wasn’t quite ready to go to the pro level competing, but had a unique style and was trying different things. He said I come to these pro demos with the top action sports athletes in the world because you’re carrying something different.

That unlocked a whole new world for me. Obviously, I was a huge fan of Nitro Circus. Watching the X Games my whole life. I loved watching everything action sports, whether it be BMX, motocross, skateboarding, I was watching every event every time. 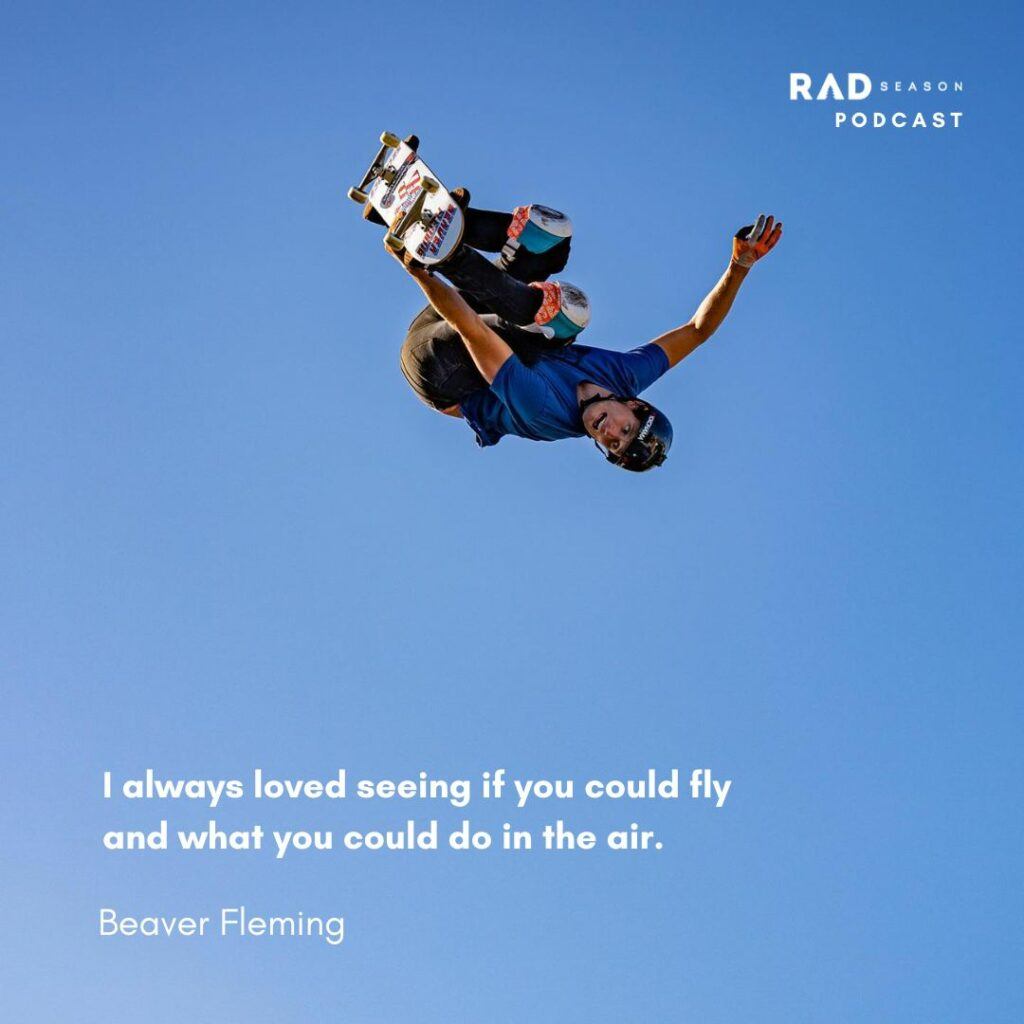 I’ll never forget when Travis first did the double backflip on the dirt bike at X Games. I’m watching this at my grandparents house. They’re all watching a football game or something. I’m like, I don’t care what you guys are doing change the channel right now because you have no idea of what you’re about to see. I don’t think they really got it. But for me, I was like blown away seeing a guy take a dirt bike and do two backflips on one jump. Like what the heck, that’s incredible.

I’ve just always loved just that mentality of is this possible. I don’t know. But there’s only one way to find out. I’ve taken that approach in my skating. It opened up that whole door growing up watching Nitro Circus. There was never skateboarding in Nitro. I had the opportunity to bring that to it.

I’ve been touring with Nitro Circus for 10 years now as the only skater. It’s just been wild to bring the skate world into Nitro and also to show the fans of Nitro what skateboarding can be. It’s been a wild ride, the last 10 years have been almost a blur of just epic adventures opportunities.

Like you started that question, did you know you wanted to be a pro, I absolutely knew I wanted to be a pro. I didn’t think this would be the journey it would have looked like. It would have been the contest, the videos, whatever. But this has been more than I could have ever dreamed as a kid because it’s given me the opportunity to travel more countries than I can count all over the world and create new tricks and styles.

It’s been more than a dream for sure.

Rad Season is providing you with rentals and hotels at the lowest prices available online. Book your stay near Carslbad, California using the map below!