An Insider’s Guide To Skydiving 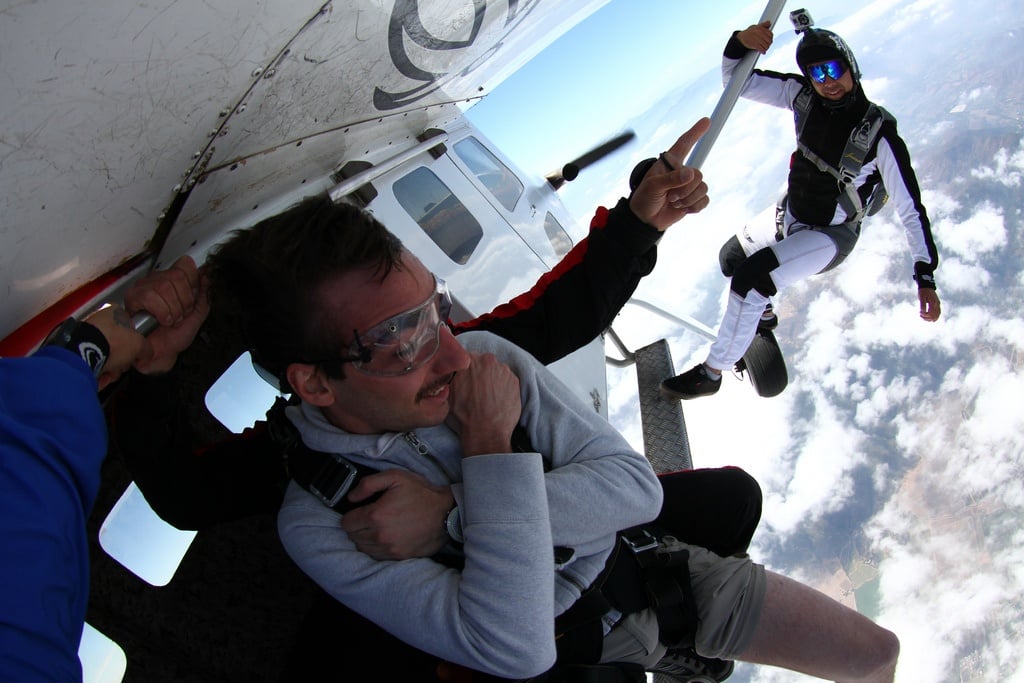 What you need to know before going Skydiving

In Greek mythology, the story of Icarus is compelling. With the help of his father, Icarus flew from captivity using two wings fashioned from feather and wax. His ascent to the skies brought on an uncontrollable euphoria which propelled him higher and higher. Given the chance to fly like no others could he felt compelled to test the limits. Until he soared too close to the sun and, inevitably, the wax which held together his wings melted. Icarus plummeted from the sky, extinguishing his life but extending his identity through eternity.

But what does this ancient parable mean today? That all decisions should be weighed lest a gamble decide your fate? Maybe. That personal ambition can scorch us when stretched too far? Almost certainly. But that man should stop in his quest to fly? Absolutely not.

I’d never felt compelled to jump from a plane. Unlike many of my travel related desires which had been rooted in my personality since youth, the urge to dive from the sky was relatively subdued. But when a good mate’s birthday rolled around and we were stuck for ideas, it was suddenly an option on the table.

“We should totally jump from a plane”, someone had suggested.

Yeah. That will happen. Just like one day we’ll have a school reunion, start going to the gym regularly and catch up with every person who we’ve drunkenly said, “we should definitely catch up” to. Some things just don’t happen. I knew as well as anyone that this birthday idea wouldn’t stick. But no one wants to shoot down an idea of such magnitude. To be the one guy who kept us grounded. So, I applauded the choice. Demanded the outcome. Put all my money on black knowing full well the ball would land on red.

And that’s how I found myself in a small white van, heading towards an airstrip south of Sydney, getting ready to jump from a plane. I had taken a gamble, much like Icarus, and it had not paid off. For those of you out there who find themselves heading to the skies with the singular goal of falling back to terra firma, whether planned or not, here are a few things to keep in mind to ensure you come down to tell the tale, rather than become a cautionary one.

DON’T WORRY ABOUT YOUR LOOKS SKYDIVING 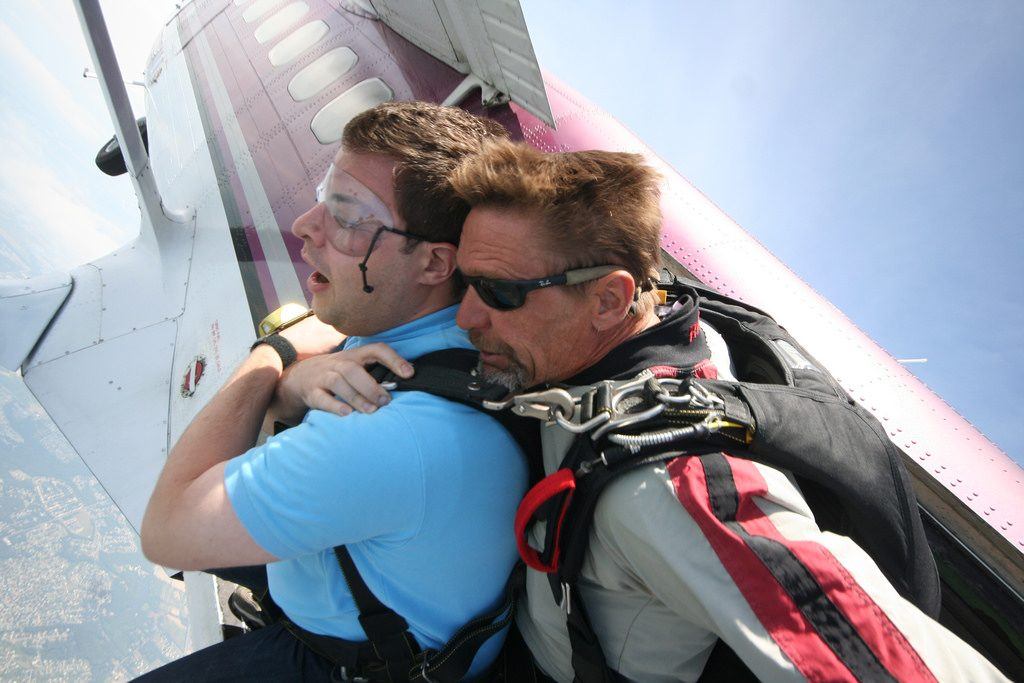 Skydiving is the type of thing you tell people about forever. I don’t have the official facts at hand but I’m calling it now – no one has ever jumped from a plane and not changed their profile picture that same day to show it. So, it makes sense that you want to look your best. Only, that won’t be an option. Not only is the air cold as hell at your disembarking point (your attached instructor will open the chute at approximately 4000 feet) but you’ll be provided with a comfortable outfit tailored to keep you harnessed in and safe. Just make sure you wear loose, casual fitting clothes with fully enclosed shoes and let the experts worry about the rest.

The same goes for your hair. You’ll be falling at roughly 200km per hour before the chute opens so you’ll look like your face is getting sucked into an industrial strength vacuum. You’ll end up looking like you put a fork in a toaster no matter how you prepare so pay less attention to your appearance and more to your experience.

THE WAY UP IS AS INSANE AS THE WAY DOWN 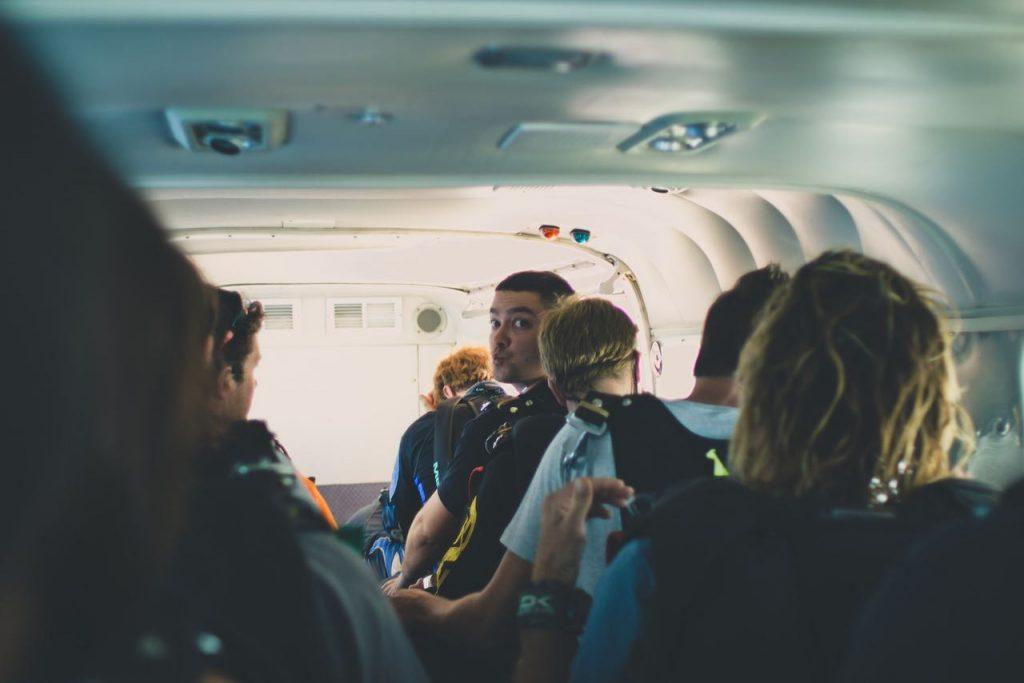 It sounds insane I know, but the way up might be more memorable than the way down. Everyone knows that the freefall is wild. It’s what you picture when you imagine your experience. The horizon exploding into view. Expanding beyond your comprehension as the micro world of the plane that you once called home is replaced by the infinite space of the world, not around you like you normally experience it, but stretching out below you. But that’s only part of the experience. Because that micro world inside the plane’s thin walls will stay with you forever.

It takes roughly 20 minutes for your plane to reach the necessary 15,000-foot altitude. That’s 20 minutes of the purest emotions. Fear. Joy. Terror. Ecstasy. All bundled together to create a feeling that is almost impossible to replicate back on the ground. Because the ground is where you’ve spent your whole life. You’ve become accustomed to each sensation. To every situation. Some might say, the ground has numbed you to your own existence. But up there. Up in the clouds.

In the belly of an iron bird that’s hurtling towards the sun with the express purpose of melting the wax from your wings and sending you flying back to earth.

“It is a feeling like no other. Embrace it. Be afraid. Be overjoyed. Cry and scream and shout. Because once you’re back on earth, you’ll remember those 20 minutes forever.” 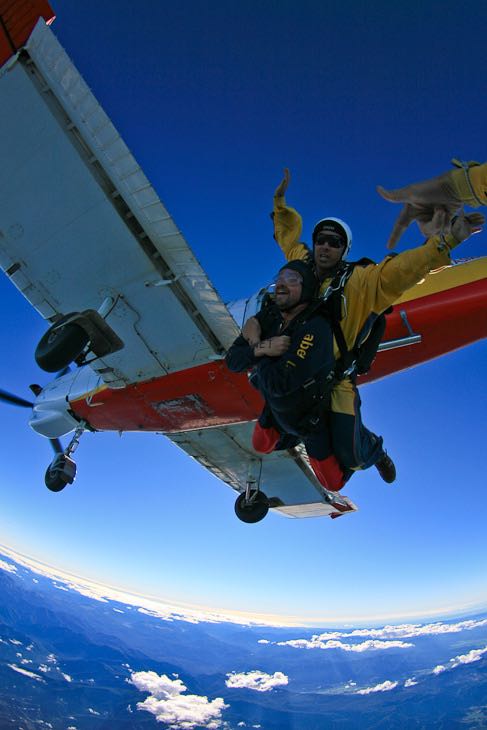 Skydiving challenges you. Not just in the obvious way of forcing you to push past a deep seated biological urge not to fall from great height. But in ways you would not expect. It asks you to interpret your surroundings using tools that you haven’t touched, potentially your whole life. Starting with the ascent. Flying commercial won’t prepare you for the journey inside, what is essentially, a tin can with wings. Enjoy the confusion you’ll experience trying to gauge how high you are. Channel your fear into a positive emotion. And really let the sounds of the moment linger. The chatter of the tandem instructors, the roar of the engine and that incredible noise when the door of the plane is opened and you face the nothingness outside that awaits you.

When it comes to the descent, it will be surreal. A weightlessness grips your existence and as you hit terminal velocity (the highest velocity attainable by an object as it falls through fluid, in this case air, and occurring around 195km/hour as you fall) you will instantly feel nothing. “BUT I WANT TO FEEL MYSELF SKYDIVING!” I hear you cry. Well, you will and you won’t. You’ll drift calmly down once your instructor opens your chute. But for the 60 seconds until that chute opens your body will feel at once in irresistible motion and in immovable stillness. It is a physical dichotomy that will feel alien and it is wild.

Sky diving is something that will stay with you long after the adrenaline rush subsides. And truly, nothing will prepare you for the assault on your senses from the moment you commit to the very last seconds you spend inside the plane. So, if you’re lucky enough to find yourself soaring towards the sun, keep the story of Icarus in your mind. Because where once man was punished for daring to fly too high. Now it is that very same bravery, a gamble on the unknown, that rewards us.

Christmas Gift For The Adrenaline Junkie 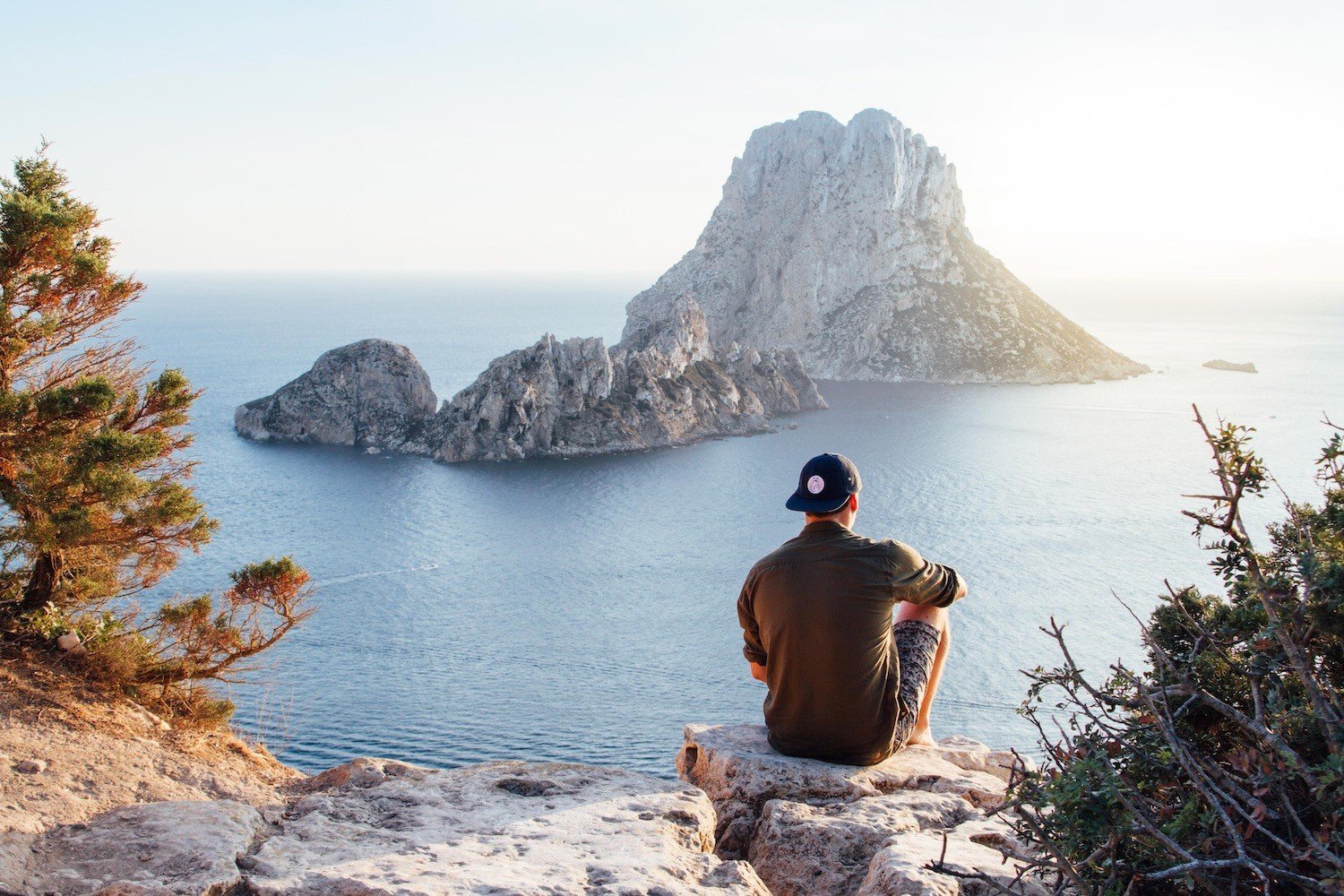 Alexander grew up in Sydney but hears the call of the World often. He's sought to answer it Bungee jumping in New Zealand, White Water Rafting in South East Asia, Road Tripping across Canada and Back Packing South America. If there's an opportunity to explore you can guarantee he'll be there. If there's an opportunity to get a tattoo you can guarantee he'll be there first. Armed with his BA from Sydney Uni and a wide variety of Snap Backs he's searching purpose, adventure and a damn good time.