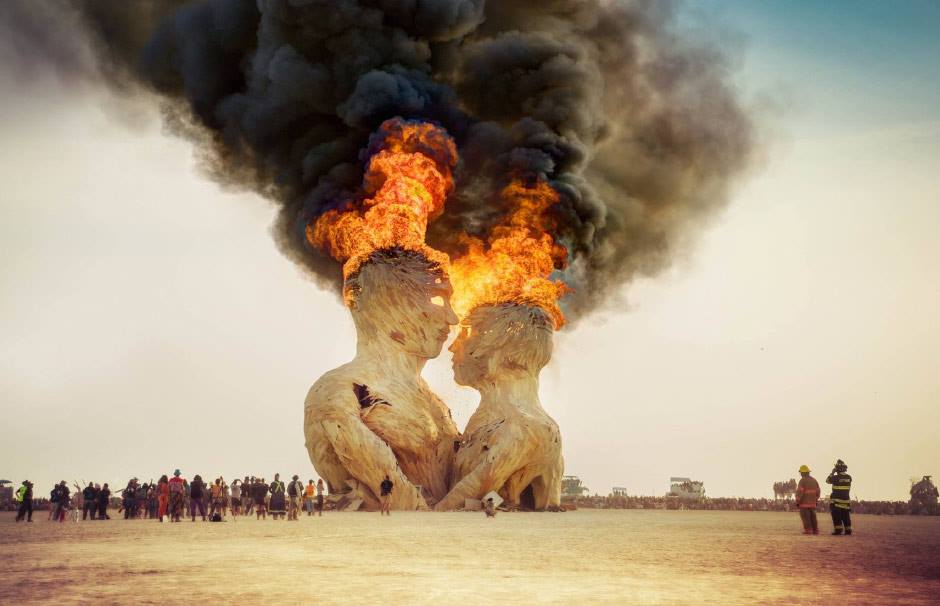 So Where Are The Best Festivals in August?

August may very well be the epitome of summer for much of the world, which just so happens to mean that North America and Europe are absolutely jam-packed with one amazing festival after the other. Despite the heat that much of the world has been experiencing, festival goers and event enthusiasts are showing no signs of slowing down. Mostly, August is a huge month for worldwide music festivals – Festivals in August are some of the biggest and best in the world. It’s also a happening month for sports – U.S. Open for tennis and the European Sports Championship; and for culture and diversity – La Tomatina and the many Fringe festivals globally, as well as one of the most renowned events in the world – Burning Man.

One of the most recognizable festival names in the world, Lollapalooza is a pretty damn good start to the US (and worldwide) festival season in August. Happening during August, the 4-day festival takes place in Grant Park, Chicago, Illinois. The festival was created in 1991 by the lead singer of Jane’s Addiction, Perry Farrell, as a farewell tour.

This year’s killer lineup features some amazing headliners, including Childish Gambino, Tame Impala, Ariana Grande, the Strokes, Janelle Monáe, Kacey Musgraves, Death Cab for Cutie and more. Though the festival didn’t run from 1997 to 2003, it’s now stronger than ever and here to stay.

The Edinburgh Fringe Festival is the largest arts festival in the world. There are many Fringe festivals across the globe, but none quite like ‘The Fringe’, as it’s commonly referred to. Last year, the festival lasted 25 days, featuring 55,000 performances of 3,548 shows in 317 venues. The festival, which started in 1947, has no selection committee, which means that anyone at all can participate with the performance of their choice.

Comedy is the largest aspect of the festival. On top all the laughs, you’ll experience an astounding array of arts, including dance, theatre, circus, cabaret, spoken word, children’s shows, musicals, acrobatics, opera, and music. The website refers to the festival as the world’s greatest platform for creative freedom.

Wilderness festival takes place in one of the oldest woods in England, making the name pretty apt. Taking place over four days in nature, participants will experience music, comedy, theatre, and dance from Sadlers Wells. The Times said the festival is “Inspired and out of this world.” All the campsites are tailored to different needs, including family camping.

Oya Festival – or Øyafestivalen in Norwegian – is an annual music festival that takes place in Middelalderparken, Oslo. The festival started small 20 years ago in 1999 with a modest 1,900 visitors but has since become one of the biggest celebrations of music in Norway.

This year’s lineup is huge – The Cure, Robyn, Karpe, Tame Impala, Sigrid,Erykah Badu, James Blake, Unge Ferrari, Christine and the Queens, and dozens of others. One of Øyafestivalen’s core values is environmental protection, and it strives to be one of the greenest festivals in the world. Another one of its values is organic food, which makes up for nearly 100% of the festival’s food.

Norway featured above, now Sweden – Scandinavia is huge on music and puts together some of the best music festivals in the world. Way Out West is the premier festival in Sweden, happening in Gothenburg. On top of WOW, the festival is accompanied by a club concept called Stay Out West, which features late-night performances at venues throughout the city.

The headliners for this year’s WOW festival include Solange, The Cure, Erykah Badu, James Blake, Stormzy, and many of Sweden’s hottest performers throughout the three days. Just over a decade old, the festival started in 2007 and has won multiple awards for its atmosphere and eco-friendly initiates.

Notting Hill Carnival takes place on, yup you guessed it, the streets of Notting Hill in London, England. Attracting around one million people each year, it’s one of the biggest street festivals in the world. Sources say there are 40,000 volunteers and 9,000 police present at the event. Happening since 1966, Carnival in Notting Hill is an integral cultural experience in London.

Despite the festival’s name, it’s not part of the global Carnival season, and while it might not be as glam and wild as Carnival in places like Brazil and Trinidad, it is still a completely mesmerizing party, packing a glamorous, vibrant punch. The festival is organized in part by the British West Indian community. Many of the main celebrations consist of people of Caribbean background in extravagant costumes, dancing to traditional reggae, merengue, calypso and rumba music. Of course, there’s lots of food and drink.

Quebec does music festivals right. Last month we covered the 15-day FEQ festival, and now we’re talking about one of Canada’s most famous music festivals, Osheaga. The 3-day festival takes place in Parc Jean-Drapeau in Montreal and features a jaw-droppingly awesome lineup each and every year.

This year’s headliners include The Lumineers, Flume, J Balvin and Interpol, The Chemical Brothers, Rüfüs Du Sol, Beach House, Young the Giant, Louis the Kid, King Princess, GRiZ, Sofi Tukker, FKJ Childish Gambino, Tame Impala, Hozier, Kaytranada, Metric, Mac DeMarco, Normani, and the list goes on and on and on. Hundreds of artists will perform on six distinct stages. The festival started in 2006 and brings in around 120,000 music lovers from North America and Europe each year. Like most music festivals, it’s not just music – Osheaga also focuses on art, food, and a slew of other activities.

When you think of tomatoes and food fights together, the mother of all food fights may come to mind – La Tomatina. Each year, the Valencian town of Buñol gets transformed into a giant, red, sloppy mess as locals and tourists take to the streets and throw tomatoes at each other, creating the biggest food fight in the world, all for fun. This ripe tomato fest has been happening since 1945 and is held on the last Wednesday of August each year.

The ‘fight’ usually lasts for about an hour, after which the Plaza del Pueblo is turned into one big mashed tomato. The good thing is that the citric acid from the tomatoes usually leads to the town becoming very clean after being washed down. In 2015, an estimated 145,000 kg of tomatoes were thrown. You can’t get in without an official ticket, of which there are only 20,000. The festival does pose an ethical question about food waste and it has been condemned by many. However, most of the tomatoes used in the fight are turning rotten.

The iconic Burning Man – the festival of all festivals, a pilgrimage to many of those who make it there. “A city in the desert. A culture of possibility. A network of dreamers and doers.” Every year, tens of thousands of like-minded enthusiasts head to Black Rock Desert in Nevada to create Black Rock City, which is a temporary city dedicated to community, self-expression, and art.

The festival focuses on 10 principals: radical inclusion, gifting, decommodification, radical self-reliance, radical self-expression, communal effort, civic responsibility, leaving no trace, participation, and immediacy. There’s a new theme each year, this year’s being I, Robot. The human-made city is filled with unique installations, many of which are set aflame at the end of the festival – the most celebrated of which is the actual burning of a wooden effigy, Burning Man. The festival was first held in 1986, and now 70,000 people head into the desert to celebrate.