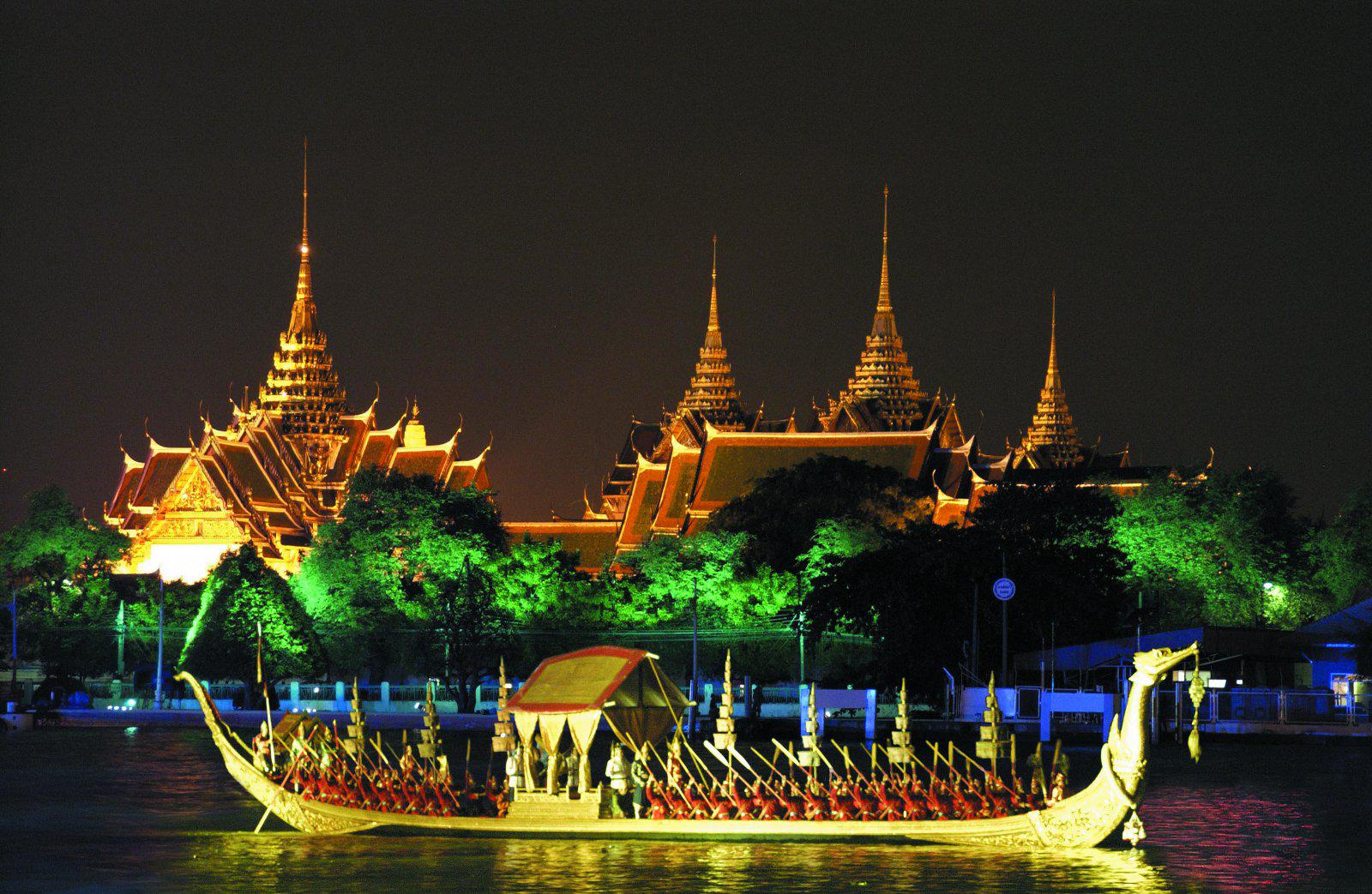 Festivals in Thailand that will change your life

Thailand is known as the ‘Land of Smiles’ and one of the top google searched tourist destinations in the world because of its beaches, paradise islands, food, and more. But, Thailand goes far beyond its beaches and paradise stereotype. It has some of the best cultural festivals and unique events in the world.

To say that people in Thailand like to celebrate is an understatement. They love to celebrate, with style, color, lights, water, music, honor, and more. Take a look at the top 6 festivals we’ve found that will give you a whole new (and even better) perspective on Thailand. 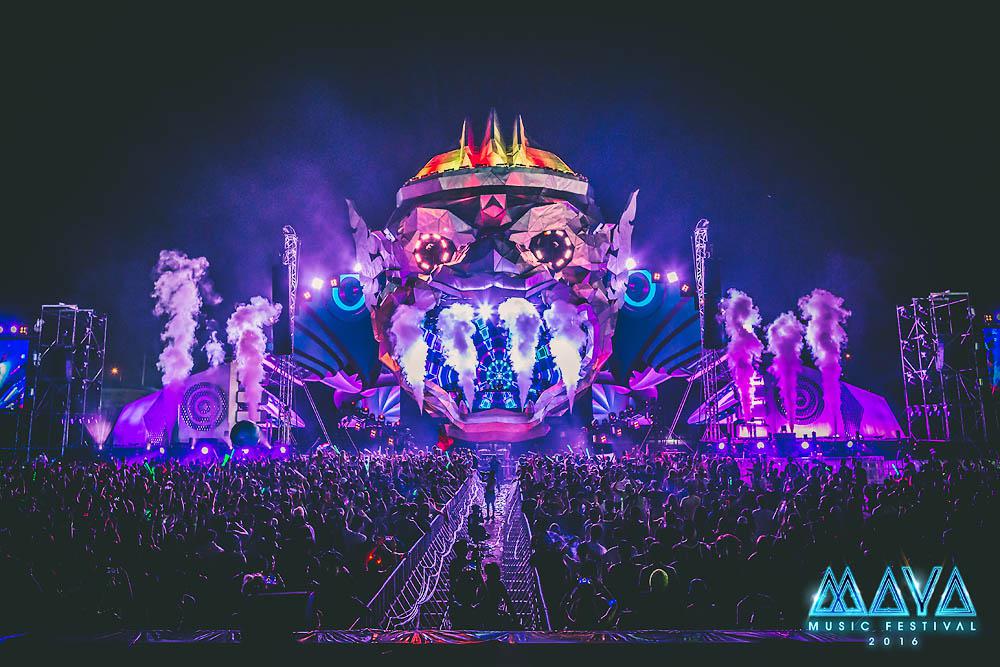 The Scene: Combine some of the best techno artists in the world, a massive venue and the spirit of ancient Thai Art and you have the MAYA Music Festival. The goal of the festival is to preserve Thai art as well as provide a show of modern day music (mostly techno).

The festival tailors to a mix of tastes but continues a theme of powerful stage shows and mesmerizing installations. Situated along Thailand’s southern coast, the festival is just outside of Bangkok this February. Note: Must be 18+ to attend.

The Reason: The music line-up is insane. So far, Tiësto, Showtek, KSHMR, Julian Jordan, Far East Movement, Blasterjaxx, Timmy, and Wiwek are performing. The staging is mind-blowing. The duo of creativity of music and art doesn’t exist anywhere else in the world – to this scale.

Not to mention, if you like white sandy beaches, warm weather, and top tier sound quality, this is an event that should be on your bucket list. 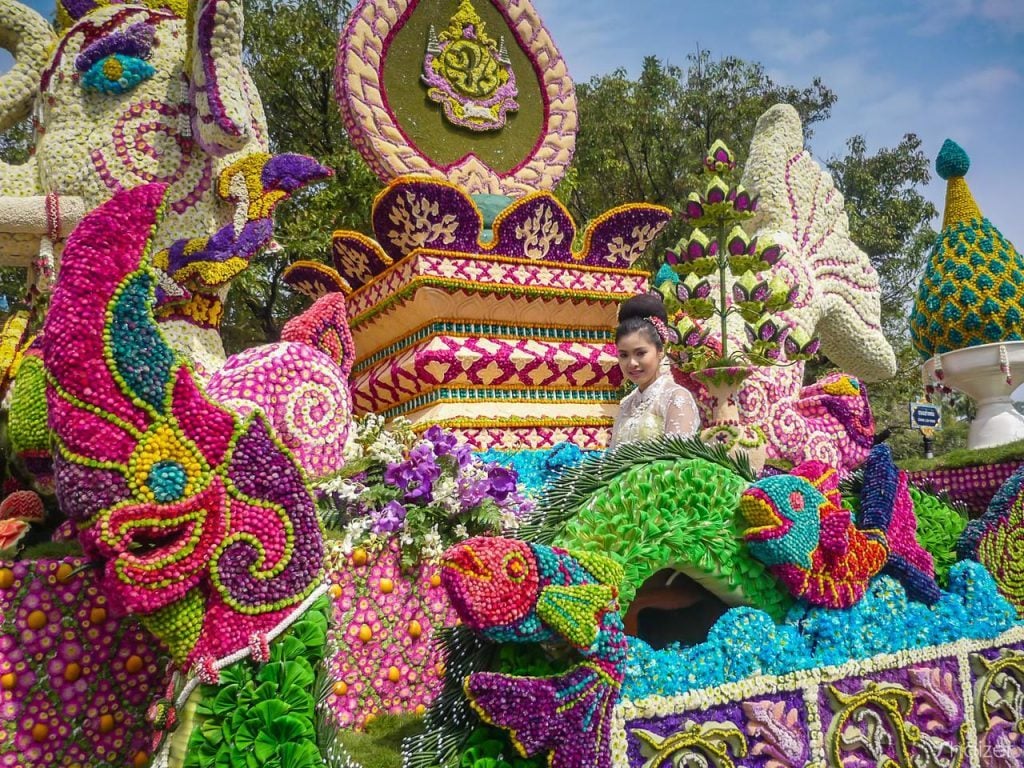 The Scene: Each year on the first weekend in February, the northern Thai city of Chiang Mai celebrates its annual Chiang Mai Flower Festival. It isn’t just about the unbelievably detailed and gorgeous displays full of flowers. The festival offers parades, music concerts, cultural exhibits and street markets, making this one of the most vibrant, family-friendly festivals in the world.

The Reason: Whether you like flowers, food, music, or street markets this is, hands-down, one of the most colorful festivals you’ll ever see and experience. If you can plan a trip to include this festival, it would be well worth it.

The Scene: At the Thai Martial Arts Festival, Muay Thai boxers come from across the globe to Ayutthaya to entertain, respect their boxing teachers, and pay homage to the legendary hero, Nai Khanom (Thai folk hero).

The audience can look forward to seeing a highly cultural ritualistic opening, a light and sound show, and Thai boxing during the main event at 17.30. Additionally, there is an cultural exhibition for those interested in seeing more than just sports demonstrations including tattooing, calligraphy, live music and more.

The Reason: If you haven’t seen Muay Thai or Thai Boxing, you need to include this in your next trip to Thailand. Muay Thai Boxing is the national sport and cultural martial art of Thailand. It was developed several hundred years ago as a form of close-combat fighting that utilizes the entire body as a weapon.

Even if you think you’re not a fan of boxing, we promise you will be after seeing this. It is intense, traditional, and a sporting event that will change your perspective.

facebooktwitterpinterest Locals and visitors spray each other at the Songkran Festival in Chiang Mai Photo credit: Tourder’s

The Scene: This is the world’s largest water fight. Enough said. Ha! I bet most of you reading this haven’t been to a party with water fights since well, your pre-teen birthday party years. This festival is water madness at its best. The streets are lined with vendors that have water guns, water, ice, and beer. Young people drive around in tuk-tuks with the hoods down, equipped with water guns and buckets of icy water. Targets include pedestrians, motorcyclists, cyclists and pretty much anyone else who gets in the way.

While it might seem like unrestricted chaos, the festival has rules about who you can douse with water. Monks and pregnant women are off limits along with restaurants, hotels, or people’s homes. In addition, this festival is arguably one of the best times of year to be in Thailand. Although the celebration is country-wide, Chiang Mai is the most popular venue to experience this festival. The name Songkran (สงกรานต์) comes from the Sanskrit ‘sankranta’, meaning a move or change. And that is exactly what this festival promotes.

The Location: Throughout the Mekong region, Thailand

The Reason: It is water fights are epic. Your inner youth will shine (as long as you follow the rules) as you and thousands of others target one-another with water. It’s fun. It’s different. It is the sole reason why you should try to experience this festival if you plan a trip to Thailand in April.

Did we mention that there are even elephants that will be spraying water? Oh, and there is a giant music festival that accompanies it? Get there. 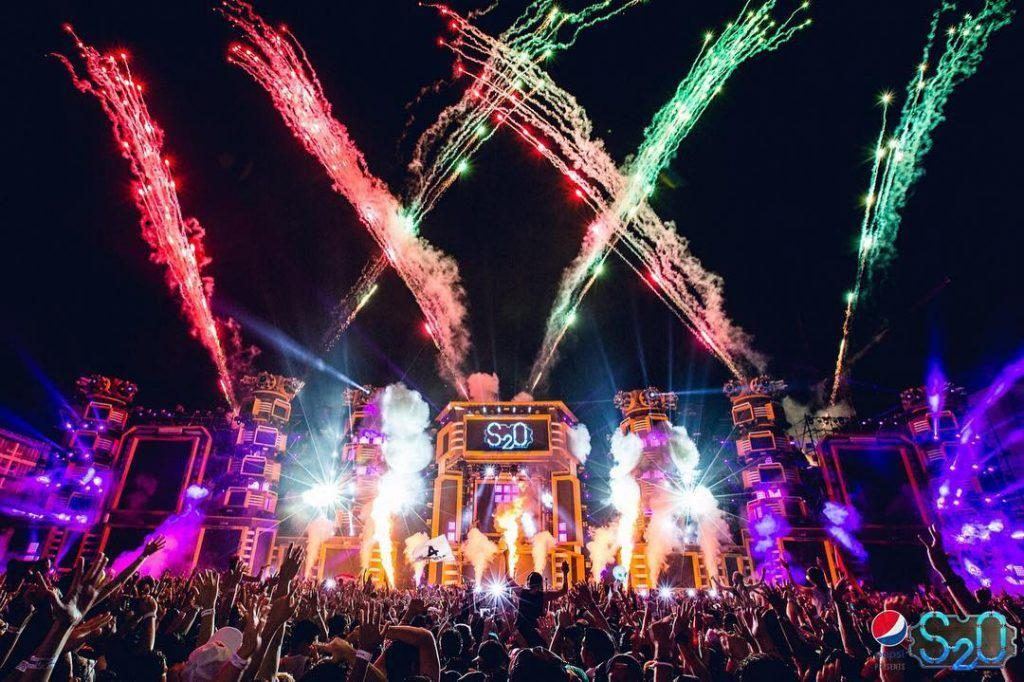 The Scene: The biggest 3-day party of the Thai New Year. Held at the S2O Factory in central Bangkok, S2O is the world’s biggest Songkran celebration, filling the warm Bangkok night with blasts of cool water, pulsating beats from the world’s top DJs such as Quintino, R3HAB, Tony Junior, Deorro, MakJ, DJ Soda and more. It is one of the biggest productions in all of Asia.

The Reason: Just watch this video and you’ll be booking your ticket.

The Scene: Yep! You read it correctly. This festival is a buffet for monkey’s. It is a unique festival that takes place north of Bangkok in the province of Lopburi. Local temples, San Phra Kan and Phra Prang Sam Yot are adorned with 4,000 kilograms of fruits, vegetables, cakes, and candies all for the enjoyment of 3,000 monkeys living in the area.

The Thai revere the monkey as a hero and feeding them brings good luck.

The Reason: You likely have never been to a buffet for monkeys. It will blow people away to see videos on your social media (#monkeybusiness) feed of this rare and unique experience. And, who doesn’t love monkeys? But, get there early because over 10,000 people reach the place in order to see the thousands of monkeys eat all of the colored fruits.

Booking a trip to Thailand will be something you won’t regret. And, we think it would be really rad (yes, I had to say it) if you tried to book your trip around one of these events. It will be life-changing!